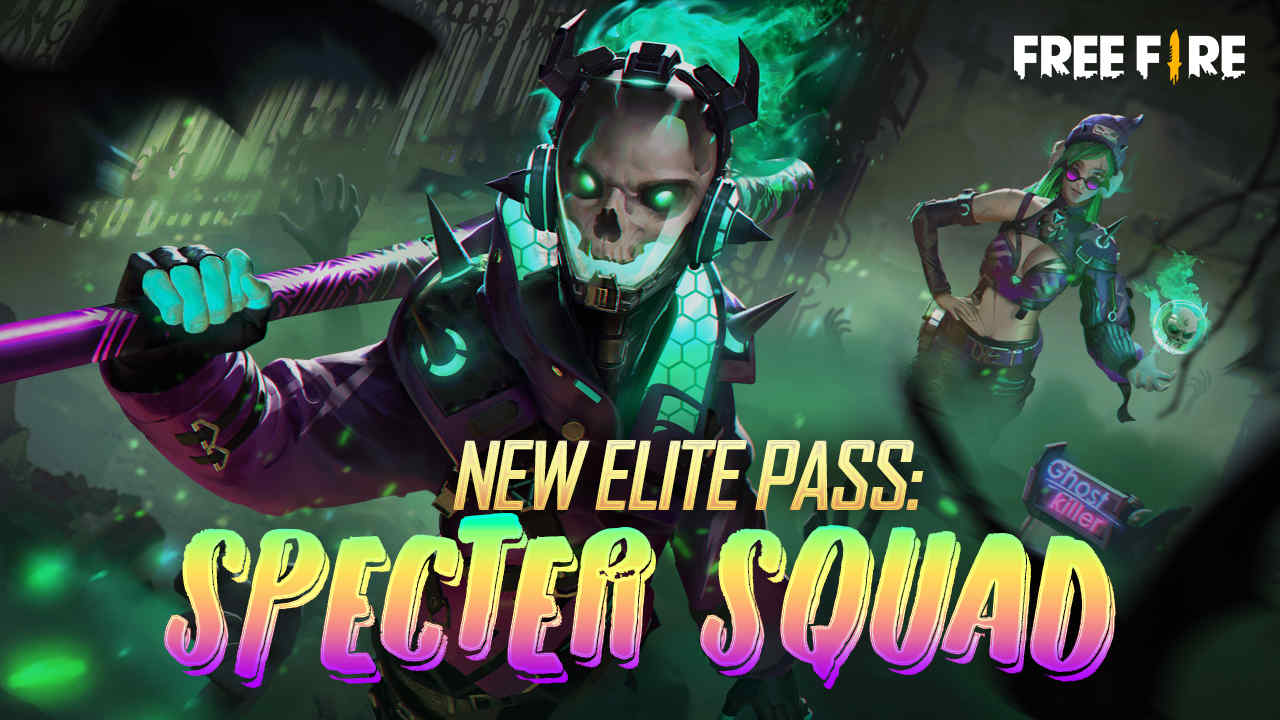 Garena Free Fire have announced their next Elite Pass (EP) for January. Called Specter Squad, the new pass will be available from next month onwards, but players will be able to pre-order it before December ends. As a bonus, those who pre-order will get a unique grenade skin called the Spectre Heart.

The new Elite Pass will offer pretty much all that players have come to expect. This includes a couple of new outfits as well as skins for weapons and loot crates. New outfits include the Specter  Basher Bundle, and the Specter Raider Bundle. Skins include the Ghost Gamer Loot Box, Specter Squad versions of the Surfboard, Thompson SMG and the Motorbike. There is also the Ghost Basher skin for the bat and the Specter Mischief skin for the grenade. Finally, players will also get to earn the Ghost Trapper backpack.

Of course, this isn’t the only thing players can look forward to in the new year. Garena has already announced that the remastered version of Bermuda will be available to players from January 1. This version features newer buildings as well as a newer layout. However, the company also notes that it will only be available for a limited time. Players will also be able to find the Scythe weapon in this map. As an added bonus, those players that log in on January 1 will receive five Diamond Royale vouchers. There will also be a new pet that will be made available to players. However, Garena has not yet revealed what sort of pet it will be.