Call of Duty: Mobile’s Anniversary update is already here and looks like players have a lot to uncover and find. One of the hidden rewards for players is a brand-new rare skin for the M4 assault rifle. Called the Anniversary Skin, the reward is only available to players to punch in a promotional code for the game.

How to get the rear M4 assault rifle skin for free in Call of Duty: Mobile

The first thing you will need to do is copy your UID. This can be found in your profile page, under the second tab. The code is quite long and thankfully, there is a handy little ‘copy’ button right next to it.

Next, head over to www.callofduty.com/redemption and put in your UID in the respective field. In the ‘Redeem Code’ section. Put in the following code: BFNFZCZF5M. In the verification code section, put in the right code in order to prove that you aren’t a bot. Then click submit.

Make sure that you are running the latest version of Call of Duty: Mobile. Otherwise, the code may not work properly.

Once you click on ‘Submit’. Head back into the game and check your mail. You should have received a mail in your in-game inbox that confirms your brand new M4 skin. 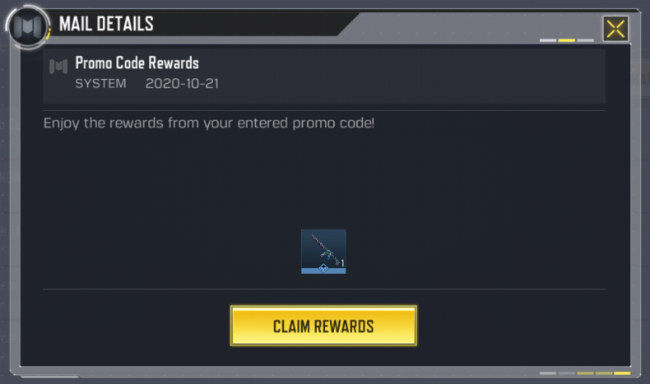 Of course, those aren’t the only secrets in the game. The new Club section of the game has its own fair share of secrets. This includes free reward promo codes. In order to get the code, head over to The Club and pick up a glowstick.

Next over to the ‘Chopper Command’ poster on the pillar to the left and whack it a couple of times with the glow stick. After a couple of hits, the poster should catch fire.

Next move over to the opposite pillar with the ‘Pawn’ poster (the one next to Adler) and give that a few whacks with the glow stick as well. You should now get a pop up with a redeem code. The same code can be accessed in your in-game inbox.

Here is where things get super convoluted. The mail will ask you to head over to the website, pawntakespawn.com. However, there is nowhere to put in the code. In fact, it seems like the codes will have a purpose in the future.

However, the website seems to be a massive easter egg hunt that talks about conspiracy and other things. One section of the website contains videos of a hooded figure who preaches about secrets and all of us being pawns in a larger game. On the other page is a computer terminal that lets you play a copy of the classic text-based adventure game, Zork. There is a dot matrix printer with text that walks you through some parts of the game. There is also a safe that needs the right code to be unlocked.

Overall, it seems like the website is a clever marketing tool for the upcoming Call of Duty: Black Ops Cold War game that will release on November 13. Regardless, online sleuths are already hard at work decoding everything.

The Anniversary update right with it a bunch of changes and you can check those out here. For a more detailed look at the new Alcatraz map in battle royale, click here.