OnePlus Buds Z renders have allegedly leaked online ahead of its launch on October 14 alongside the OnePlus 8T in India. Moreover, new reports suggest that the company will also be introducing a Bullets Wireless Z Bass Edition and key features of both the audio products have been leaked. OnePlus has also officially revealed the design of the OnePlus 8T in Aquamarine Green finish.

As per a post on OxygenUpdater who received an APK file from a source, the folks have managed to extract what appears to be leaked renders of the rumoured OnePlus Buds Z. OnePlus has not confirmed the name of its upcoming TWS earphones but as per some leaks doing the rounds online, the company is expected to launch a new and affordable truly wireless earphones on October 14. Unlike the OnePlus Buds, the Buds Z are expected to feature silicone ear tips and the company has confirmed that it is IP55 certified.

Popular tipster Ishan Agarwal has collaborated with 91Mobiles and has revealed some key features of the Buds Z and has also claimed that the company is planning to launch the Bullets Wireless Z Bass Edition alongside. 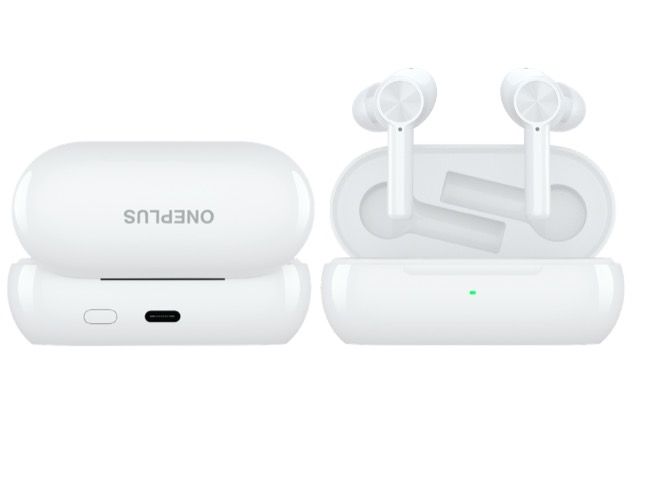 OnePlus Buds Z are expected to be a toned-down version of the OnePlus Buds and could feature an all-new design. According to the leaked renders, OnePlus Buds Z uses silicone ear tips that offer passive noise cancellation. These earphones are powered by 10 millimetres dynamic drivers with Dolby Atmos and Dirac Audio Tuner support.

The tipster also claims that the Buds Z offers 5 hours of playback time on a single charge and 15 hours with the carrying case that doubles as a charging case. The Buds Z also supports fast charging and offers 3 hours worth of playback time in 10 minutes. These earphones weigh 4.35 grams without the case, making it fairly lightweight than the Buds.

As for the Buds Wireless Z Bass Edition, the earphones are equipped with 9 millimetres drivers that offer a bass-boosted sound profile and offers 17 hours worth of playback time on a single charge. The Bass Edition supports fast charging and connects to your phone using Bluetooth 5.0 with features like magnetic controls and more.