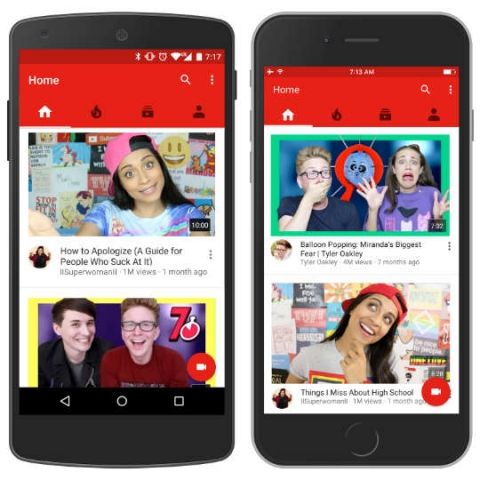 YouTube has updated its app on Android and iOS devices. The new app now has a revamped design and offers improved recommendations. The company has also announced that it will bring unskippable six-second advertisements to the video streaming service. In YouTube’s official blog, the company stated that the YouTube app will now offer relevant, personalised recommendations thanks to deep neural network technology. YouTube says that this technology will find patterns automatically, thereby learning from usage and improving itself. The company stated, “One of the biggest improvements is how the system suggests more recent videos and those from the creators you love. People who have tried the new system have spent more time watching fresh videos and content from their Subscriptions.”

In a separate blog post, Google announced that it is introducing unskippable six-second advertisements on YouTube, called Bumper ads. The company says that these advertisements are “ideal for driving incremental reach and frequency on mobile, where ‘snackable videos’ perform well.” Bumper ads will be available from May and will be sold through the AdWords auction on a CPM basis.

Last year, YouTube started a subscription-based service called YouTube Red that offers users an ad-free experience along with original content and the ability to save videos for offline play. The service is priced at $9.99 (approx. Rs. 660). However, YouTube Red is currently only available in the US.