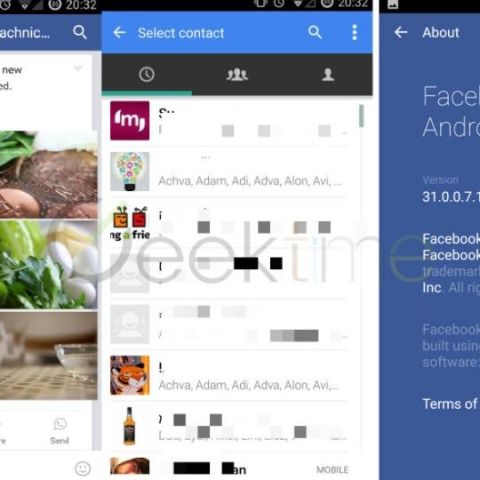 Facebook has started testing a new update in its 'Facebook for Android' app that includes the first major integration of popular messaging service WhatsApp.

Facebook has added a “Send” button with the familiar WhatsApp icon as a part of the status actions buttons that appear under each status update. Reportedly, the new button appears on the right side for some users in the most recent version of the Facebook for Android app.

The move comes an year after Facebook acquired Whatsapp for $19 billion and is the first step towards connecting the two platforms and taking control of the messaging market. Reportedly, teams are already working on a deeper integration that will include the ability to send messages between Facebook Messenger and WhatsApp. Facebook Messenger has over 600 monthly active users while Whatsapp has over 700 monthly active users.

Popular messaging app WhatsApp recently launched voice calling feature for its Android users. To start using the voice calling in the messaging app, users have to receive a call from someone who already has the calling feature. The updated app shows a 'Calls' tab along with Chats and Contacts tabs. The new update is being rolled out slowly and users may receive it in the next few days.

Facebook recently announced at the F8 Developer Conference support for third party apps from within the Facebook Messenger app. The social networking site has already collaborated with 40 developers for apps integration and has also released its own apps for Messenger, such as Stickered, Selfied and Shout.