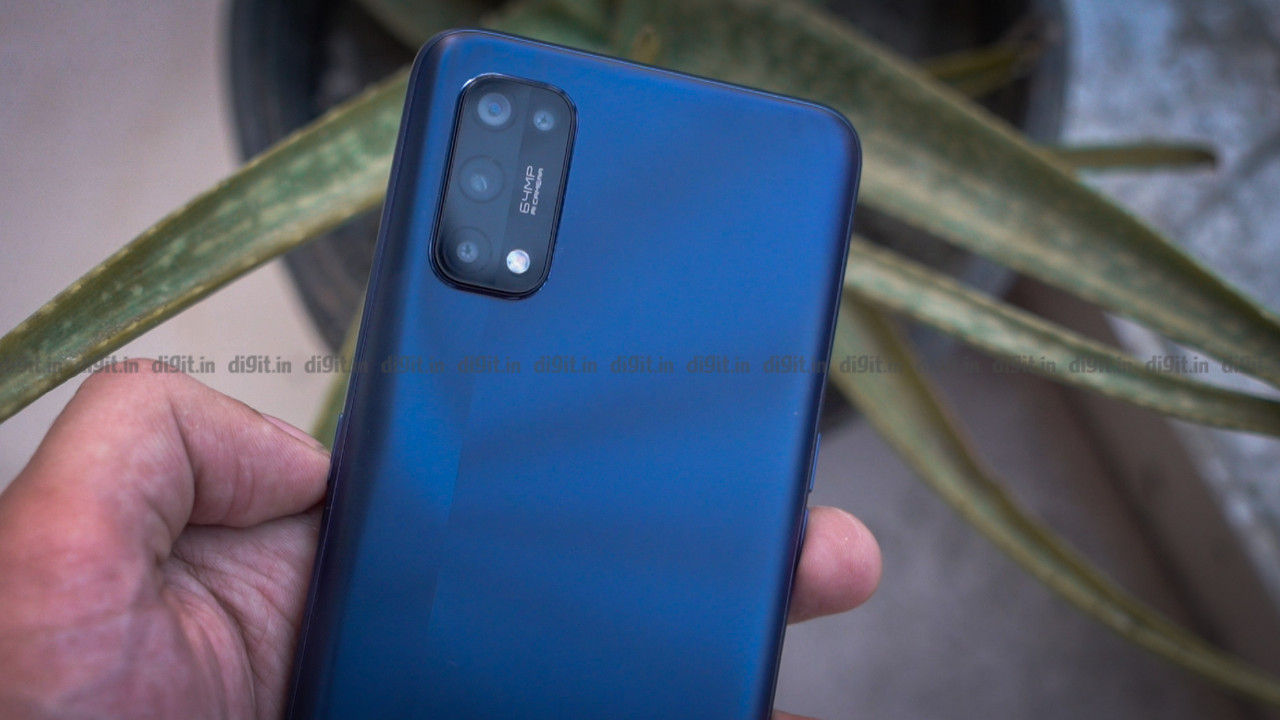 The Realme 7 Pro(₹ 19490 at amazon) feels like a completely different smartphone as compared to the regular Realme 7. Nearly everything in it is different, and I can’t see why they are part of the same series. The only thing they seem to share is the number of cameras on the body and the sensor resolutions of each camera. The primary sensors are different on each — The Realme 7 uses a Samsung 64MP camera while the 7 Pro opts for a Sony sensor. The rest of the cameras at the back are all the same.

Yet, when we were testing the Realme 7 and 7 Pro side-by-side, it never once felt like the same cameras. The quality of images from the Realme 7 Pro far transcends that of the Realme 7, and it’s likely due to the optimisations in place in the Realme 7 Pro that give it an edge, aside from a wide array of features making use of the four-camera setup. You check out our full review of the Realme 7 on YouTube. In this camera review, we will take a close look at how the Realme 7 Pro’s camera system performs — 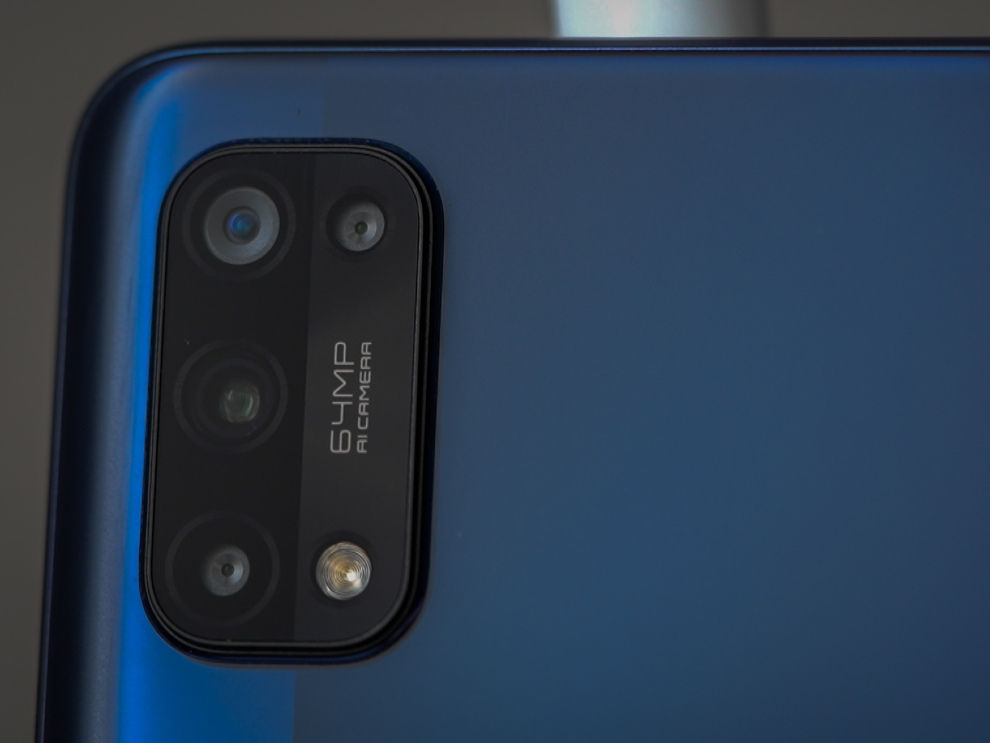 The Realme 7 Pro rocks a 64MP Sony IMX682 primary camera measuring 1/1.72” in size and is combined with an f/1.8 lens which is 26mm wide. Then, there’s another 8MP ultrawide lens with 119-degree field of view and f/2.3 aperture, followed by two 2MP cameras for macros and portraits. On the front, is a 32MP camera. It’s interesting to see the telephoto lens given the boot, and the selfie camera losing its sibling but upgrading to a larger sensor.

With a telephoto lens and dual selfie-cameras, what felt like versatile hardware on the Realme 6 Pro, has now been dialled back to the previous configuration, but is there a reason for it?

For one, Realme claims that the quality of zoom acquired from the 64MP camera using digital zoom is better than the quality of an optical zoom lens. And this time around, Realme wanted to impress customers with a bunch of software features in the camera app, rather than woo them with cutting-edge hardware. The feature list is long and includes things like Pro Modes in Nightscape and 64MP mode, Ultra Steady and Ultra Steady Max videos, Portrait Videos, a dedicated Cinema Mode, colour pop, low light filters and the much-hyped Starry Mode. That’s certainly a mouthful, and here’s how the photos turned out — 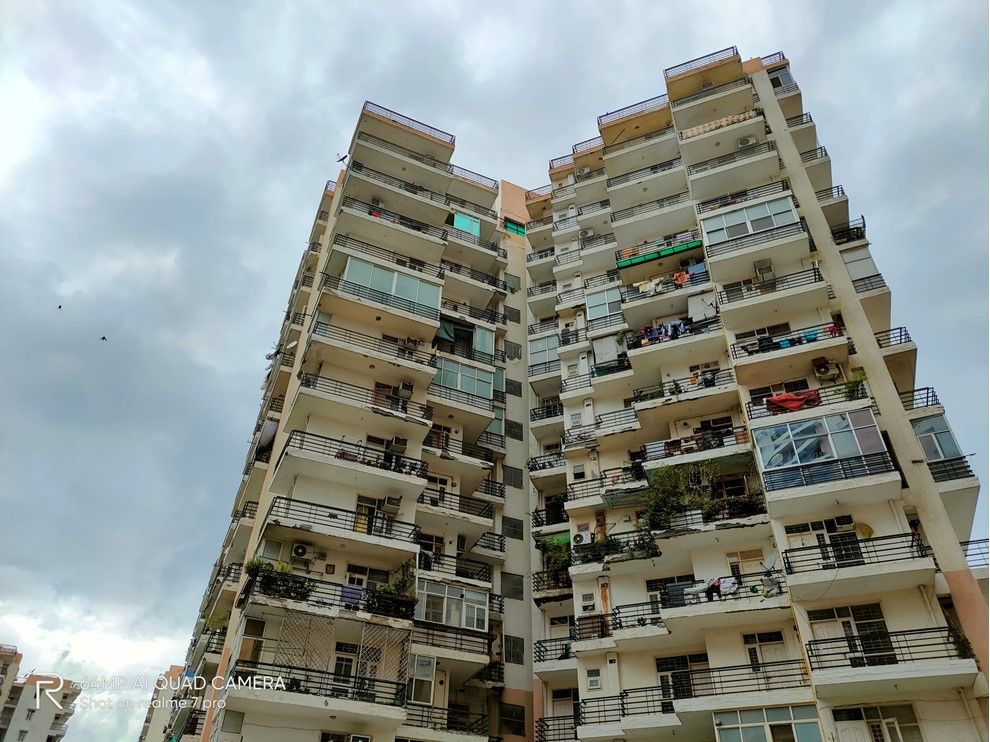 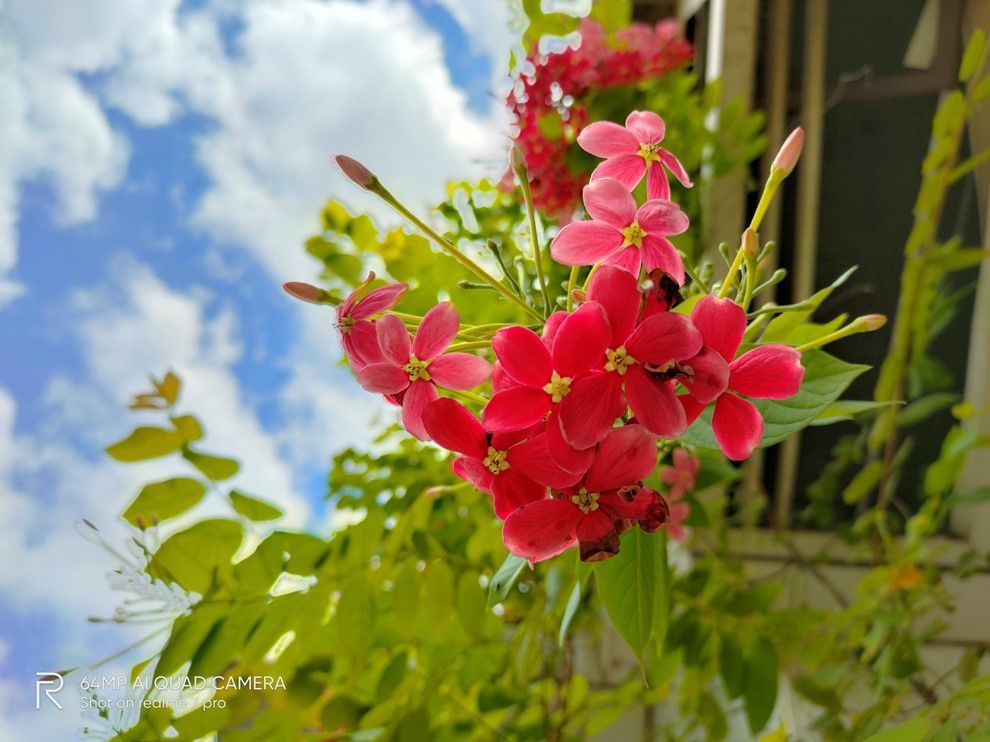 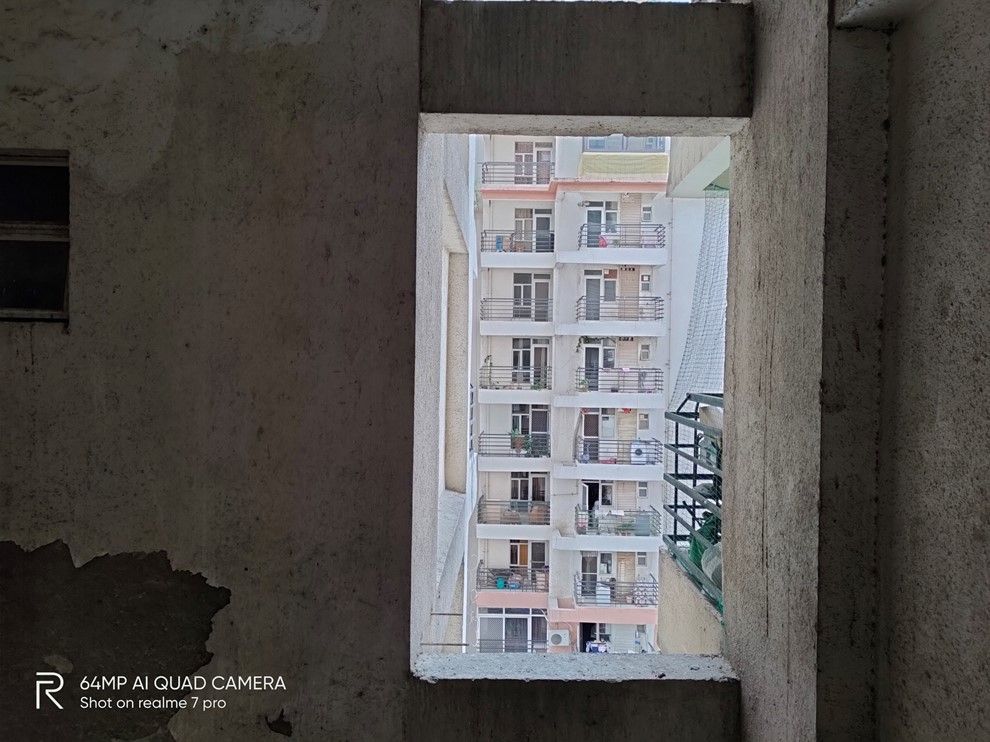 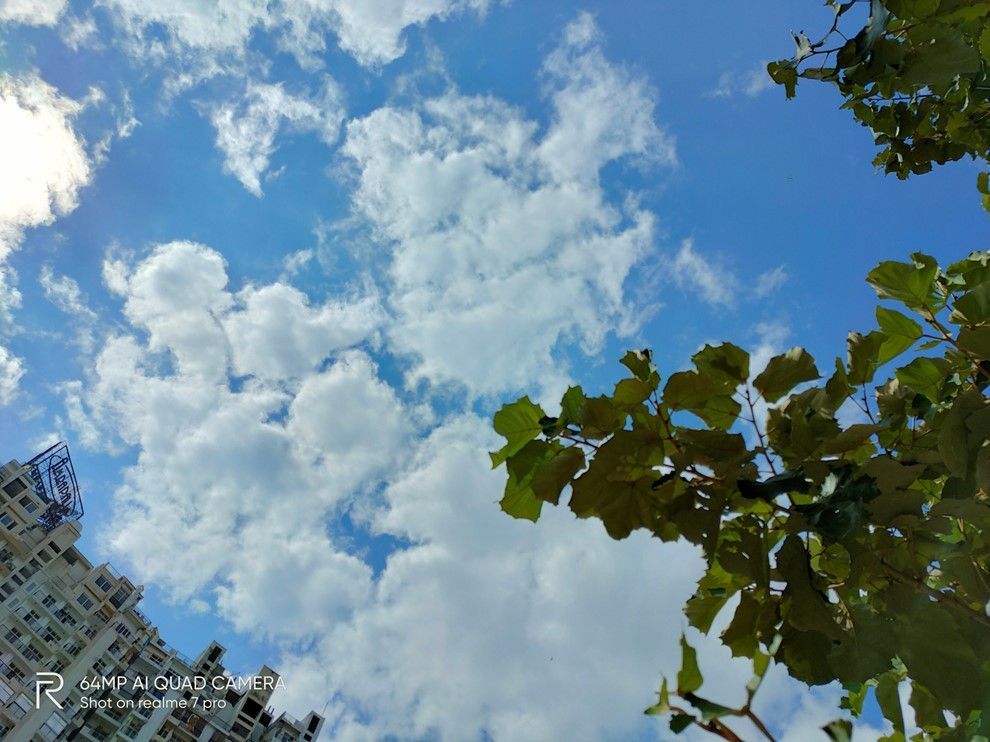 The default 16MP mode exceeds expectations in sharpness, details and dynamic range. Realme seems to be making full use of the large sensor size in bringing out good details in shadows and darker spots. Sharp edges are further sharpened in post-processing, and noise reduction cleans up the spots. What you get are photos that instantly stand out as sharp and crisp. And it’s best to shoot without the AI Mode engaged. Turning it on raises the saturation abnormally high and it suddenly looks like a postcard. It’s good for taking those quick vacation photos, but anyone serious about photography will take pleasure in using the Pro Mode that’s now present in nearly everything you do. 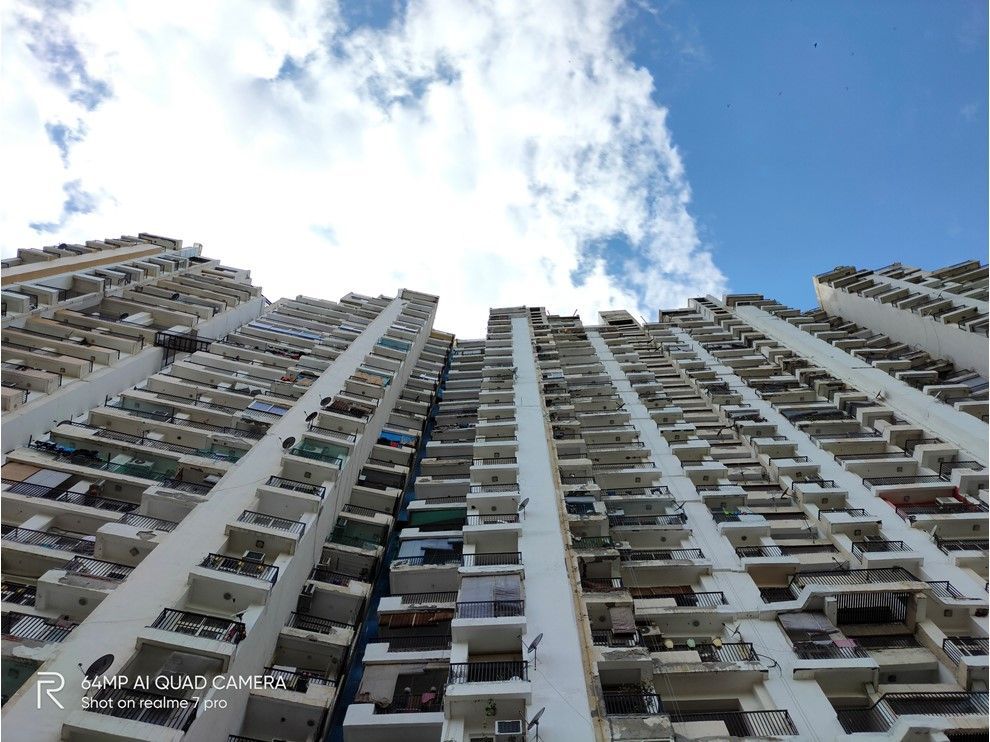 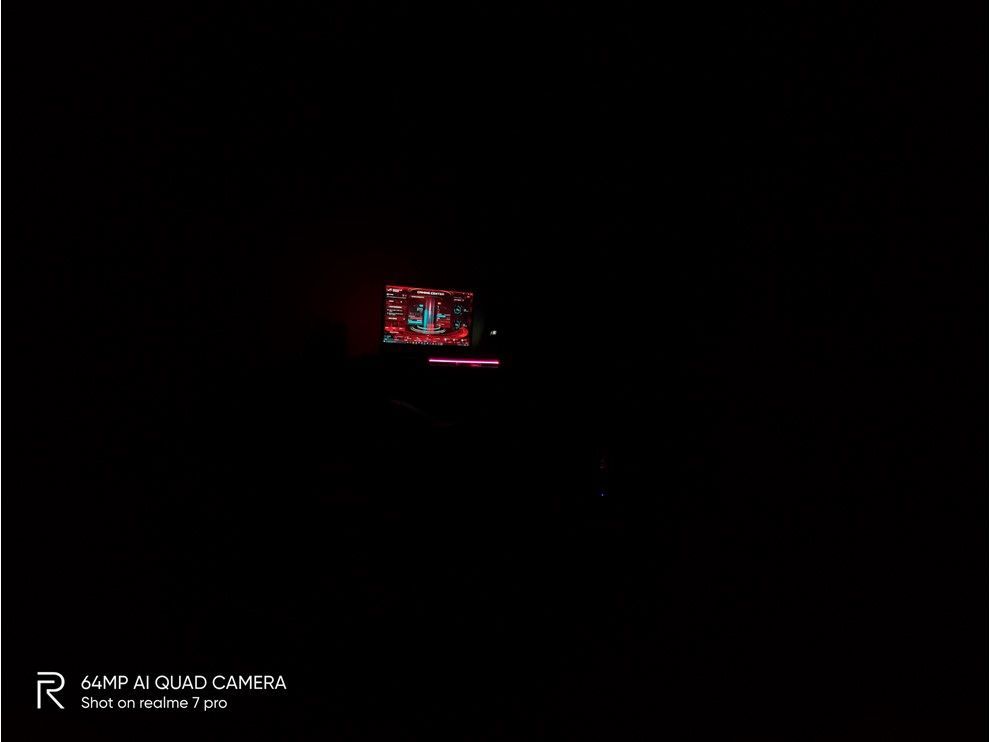 The Pro Mode in the 64MP mode is quite useful and fixes a major gripe I had with the 48, 64, 108MP modes in smartphones. RAW output is still something refuses to enable, but most smartphones come with a pre-tuned high-resolution mode, which only lets you control the exposure compensation. With the Pro Mode in place, you can take control of the white balance, shutter speed and ISO, opening up a whole range of experiments you can do with the camera. The same goes with the Night Mode, but there the applications are stunted by the limits of the camera. It’s fascinating to have the Night Mode algorithm (Multi-frame noise reduction) work in tandem with long-exposure, which should ideally clear up the noise that’d be inevitable. A perfect combination of CV-AI and traditional photography.

But the results are a bit hilarious and dare I say, experimental. Here’s the best of the lot — 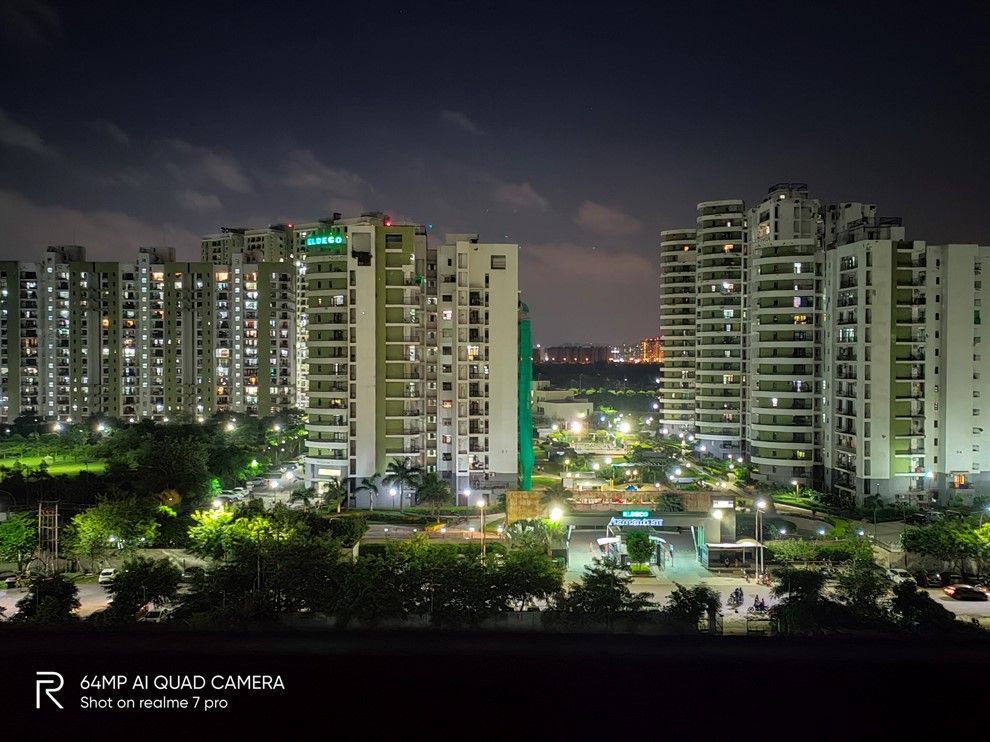 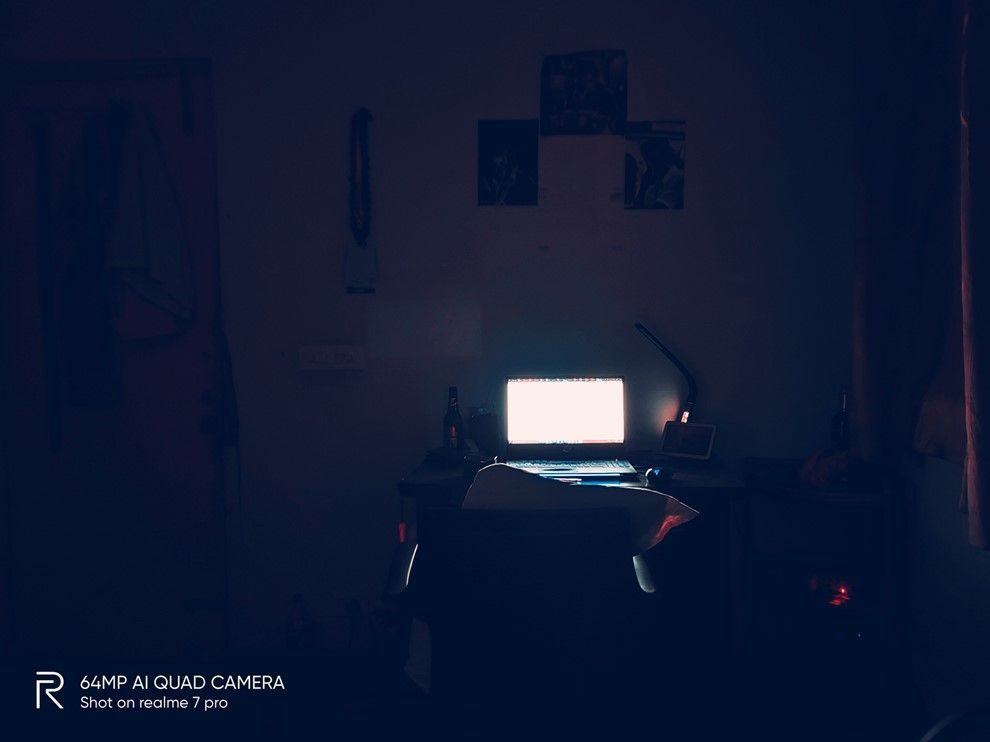 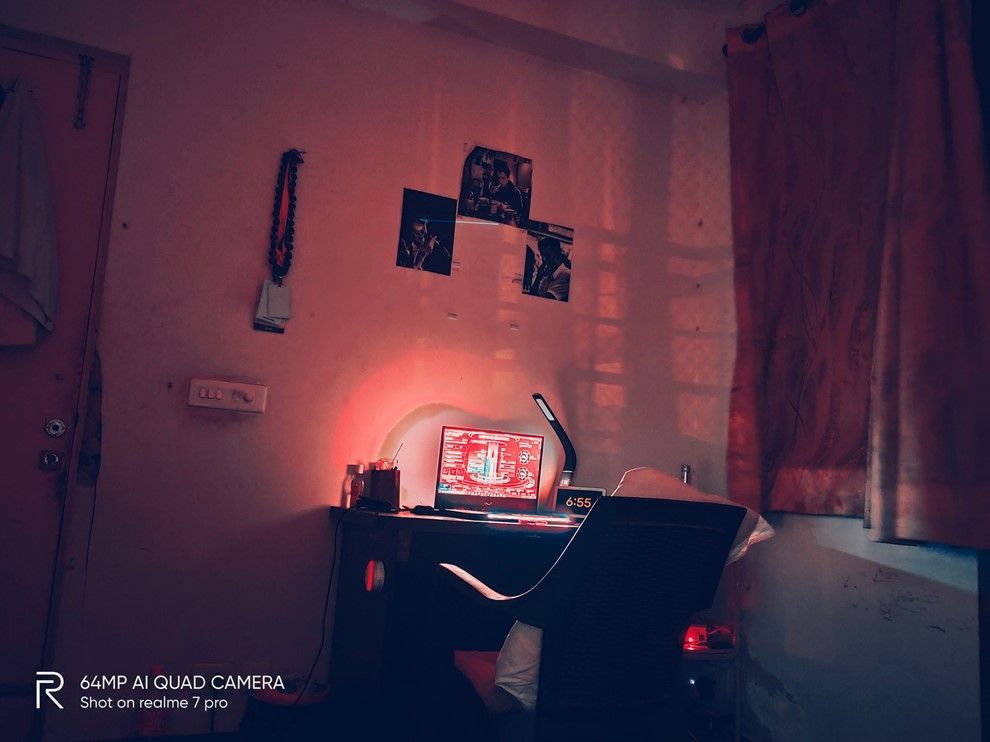 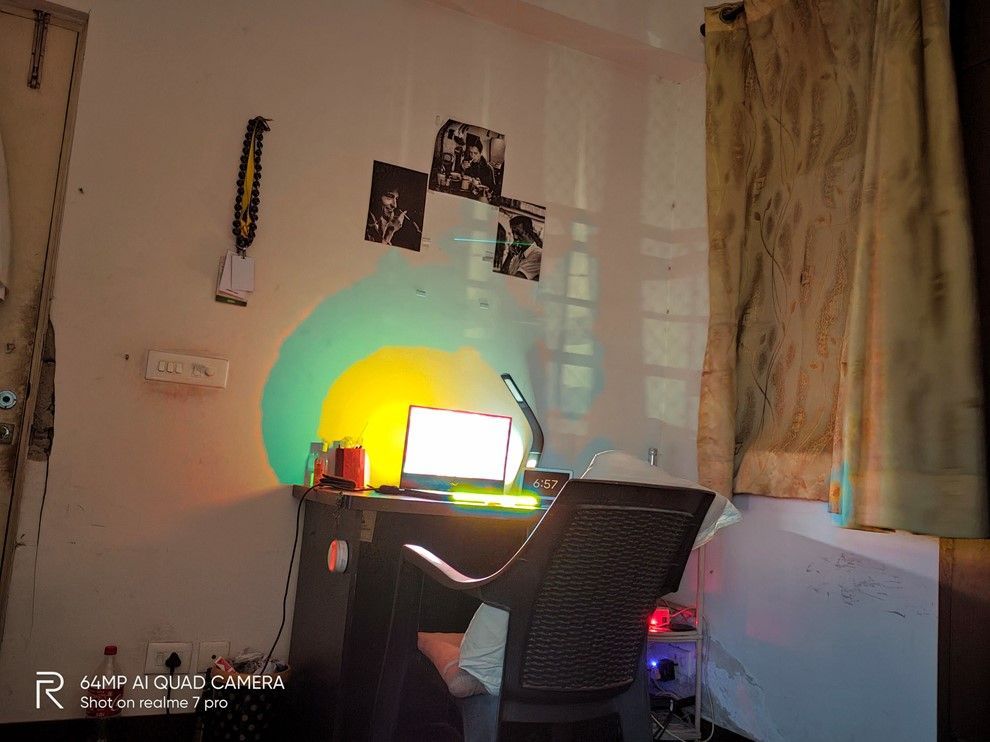 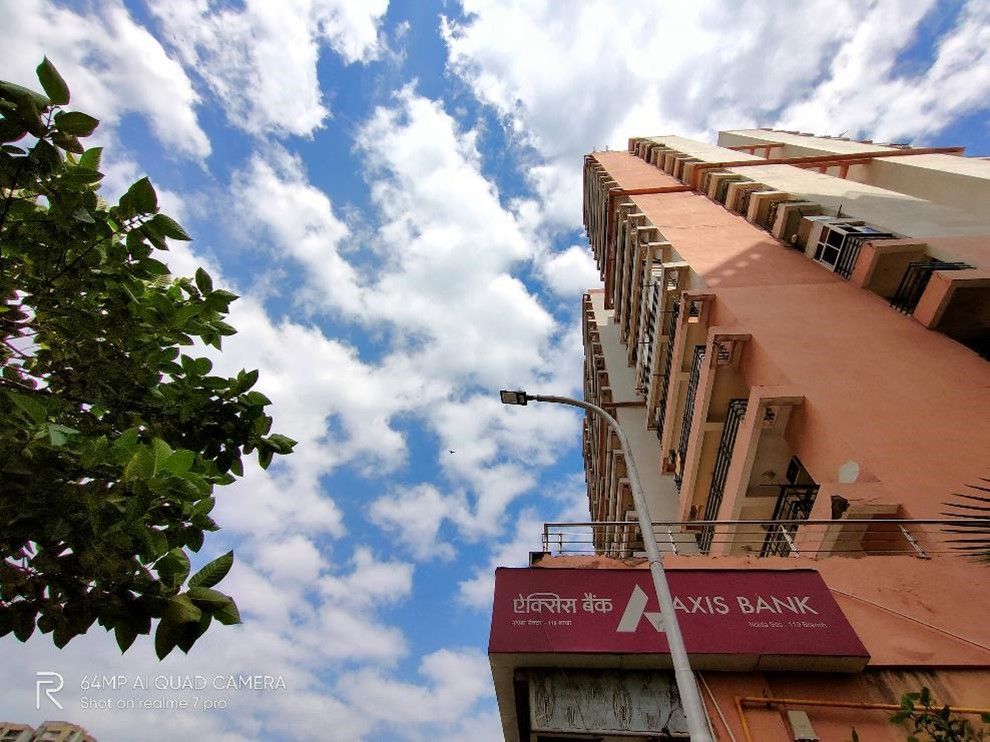 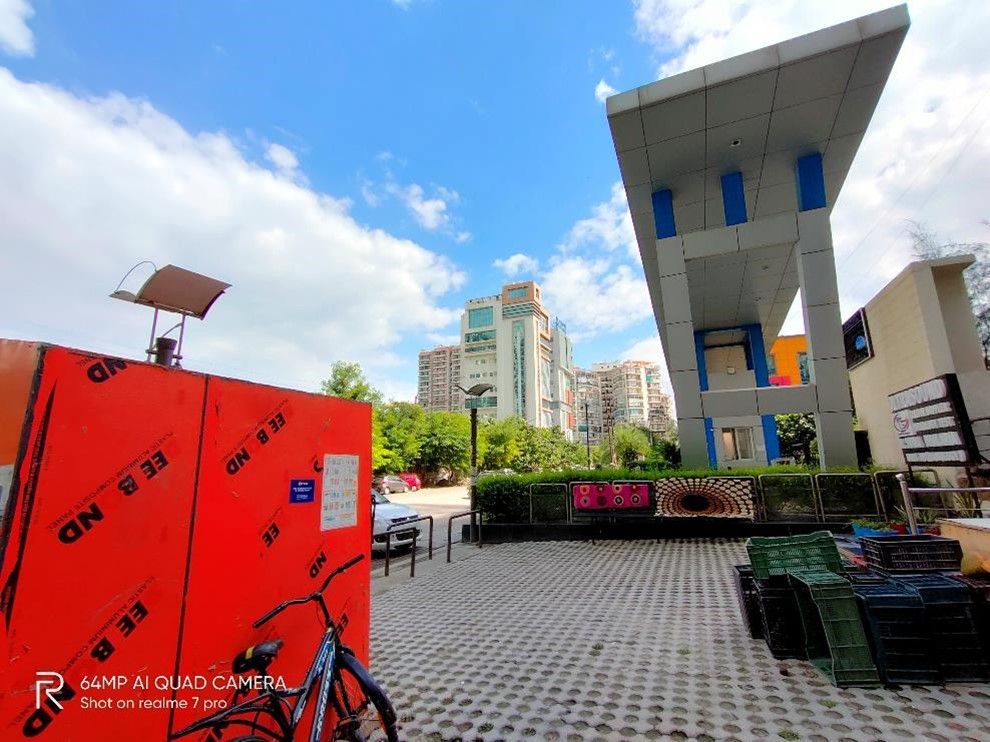 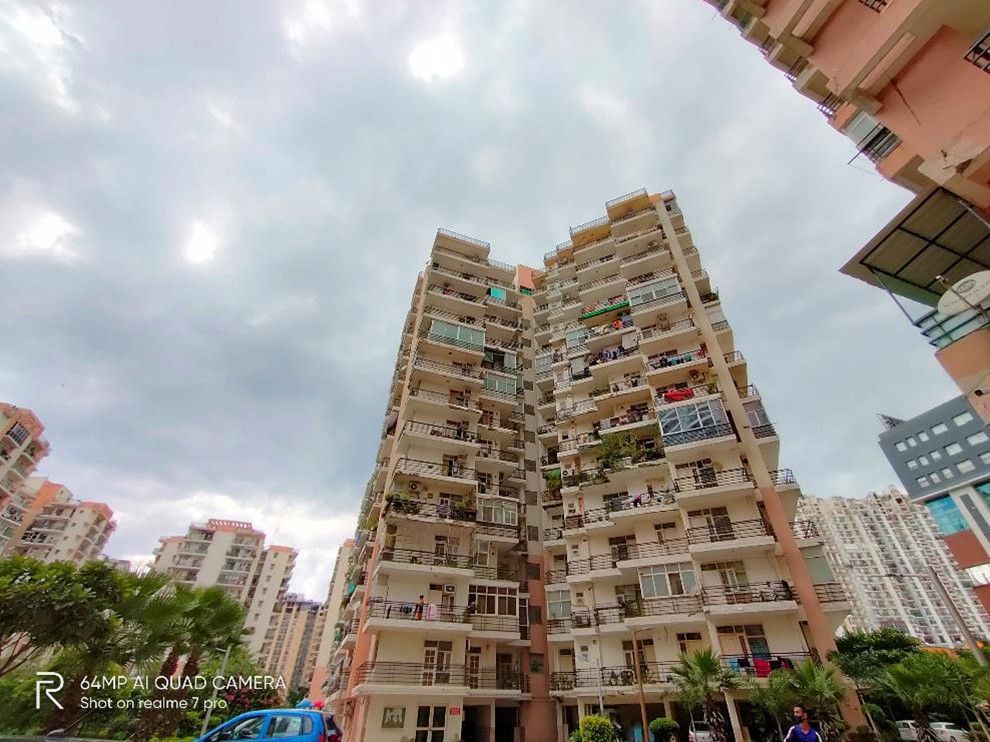 The 8MP ultrawide lens can also be operated in the Pro Mode and the Night Mode but works best when left on its own, and in the day. It manages to get the sharpness and details right in the centre of the frame. But there’s significant fringing along the edges and the sharpness goes down drastically. But that's inherent in mid-range ultrawide lenses, so can’t really hold Realme at fault here. But it’s quite jarring when you switch from the 64MP primary camera. 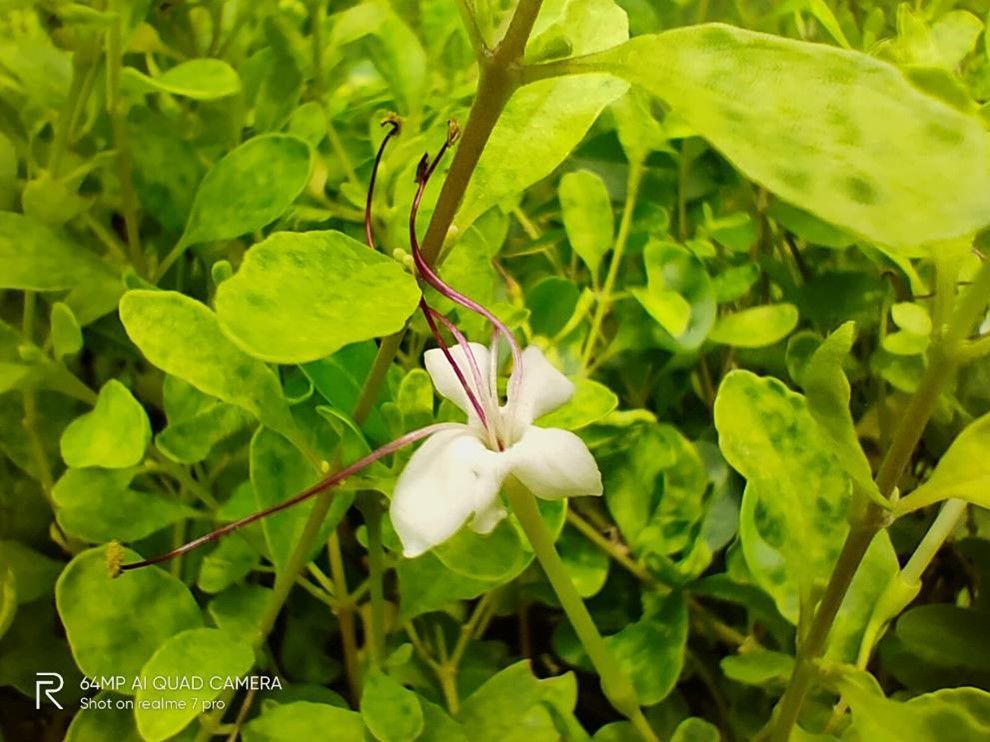 The macro camera is slightly better tuned than the Realme 7, and it can’t be used for anything else other than shooting photos, at 4cm distance. 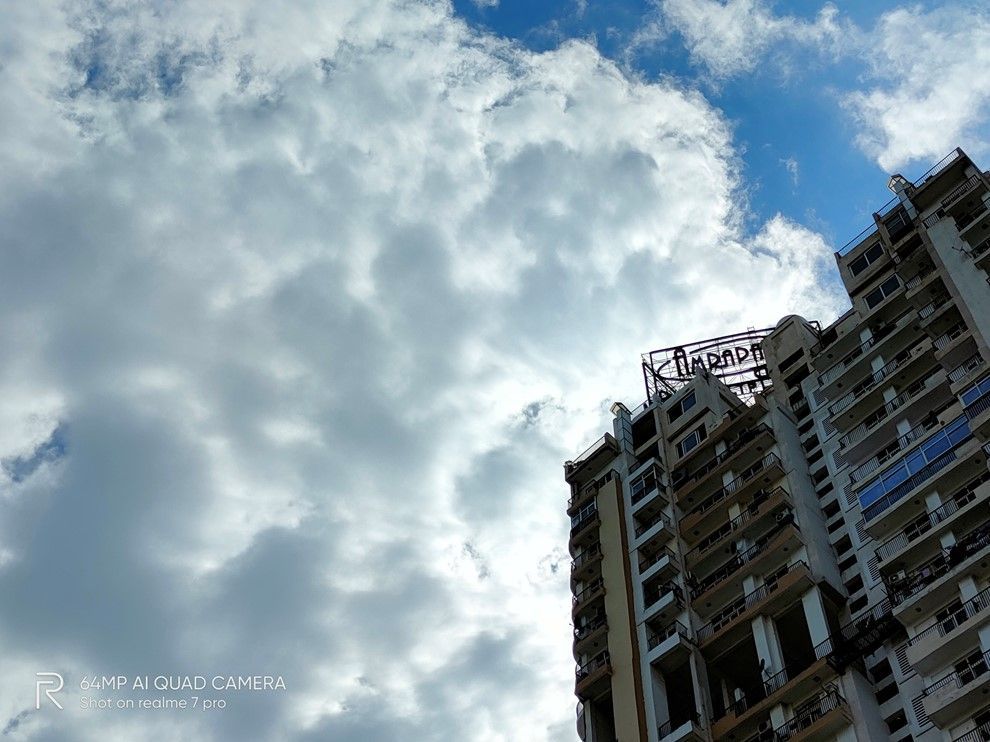 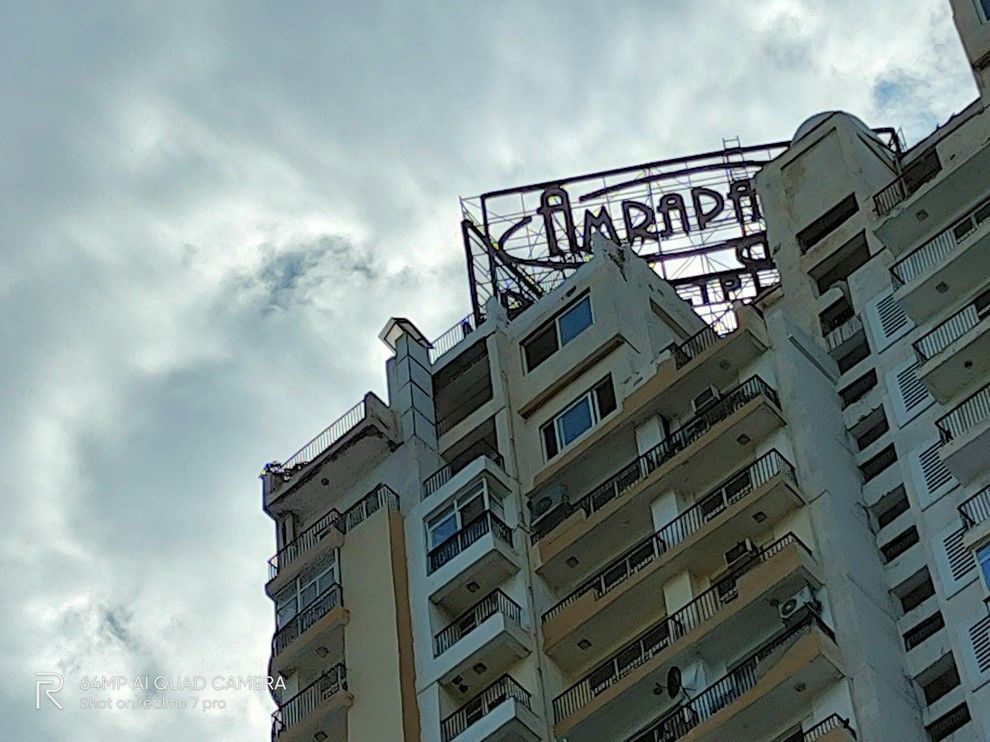 As we mentioned before, the Realme 7 Pro got rid of the 12MP telephoto lens with 2x optical zoom support from the Realme 6 Pro (review), claiming that the 64MP camera is enough. Well, a casual look may not find a difference between the two, but at 100% crop, there's noticeable fringing, noise and detail loss. Pretty much the result of digital zoom.

The Realme 7 Pro goes big on videos this time, packing in features like portrait video, colour pop filters, and again, a Pro Mode. The latter is what I spent the most time using, and it kept me busy trying to get the quality right. Because playing around with the shutter speed and the ISO in real-time while shooting videos result in a lot of noise. The Realme 7 Pro calls it a movie mode and the controls certainly point to it, but the output surely doesn’t. Even the output from the regular video mode looks way too over-processed and artificial. It’s good for the short-video creators who need more options to captivate the audience, but those looking for quality should steer clear of it. 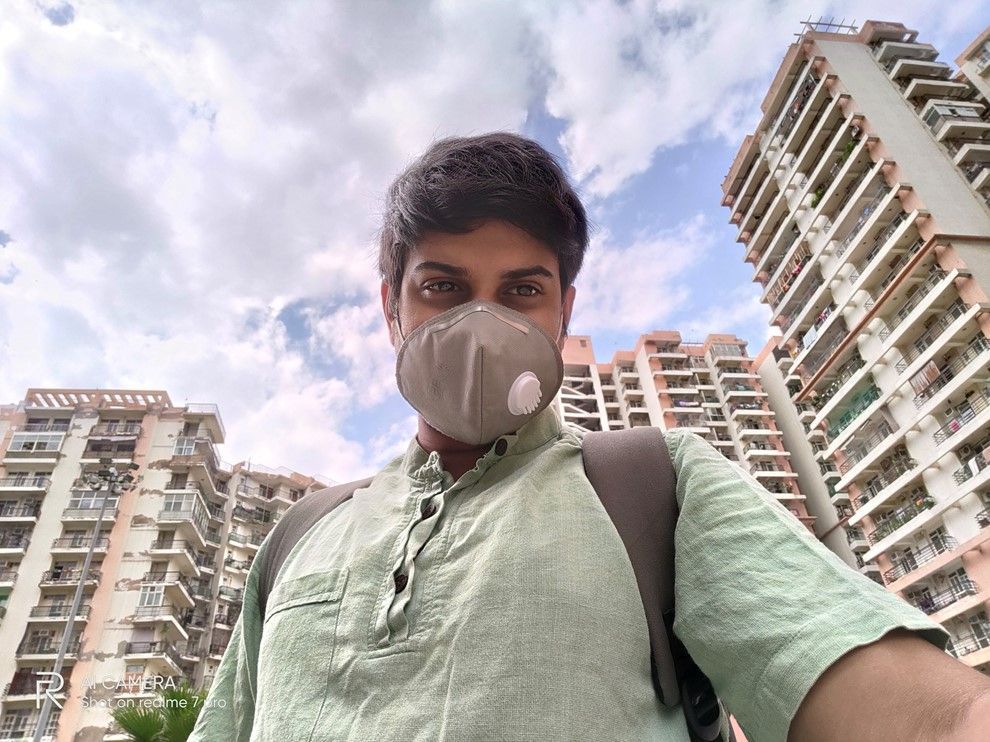 Realme claimed on stage that the 32MP camera is the largest ever on a smartphone. It’s not. The 44MP camera on the Oppo Reno3 Pro is. But that hardly matters. Because the advantages of using a large sensor are chipped away by the beauty algorithms. Dial it down and the Realme 7 Pro can take some really detailed selfies, that doesn’t clip the background out. That’s a win for me, a non-selfie camera enthusiast.

Summing up, there’s a lot to like about the Realme 7 Pro’s camera. It gets the basics right and offers the freedom to use the camera like a pro, in nearly every mode. The quality is still a cut below the output you get from high-end Realme smartphones, like the Realme X2 Pro. But I was bowled over by the sheer number of options and a capable 64MP primary camera.