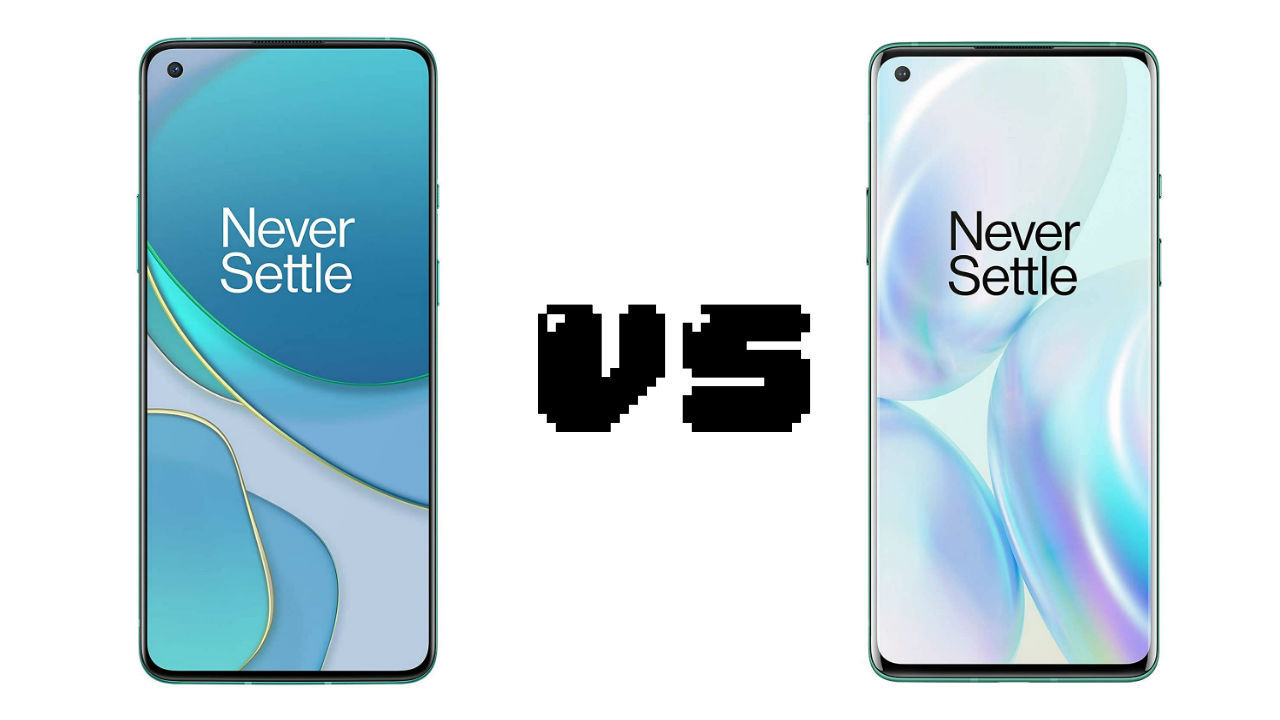 If you are wondering what's the difference between the OnePlus 8 and Oneplus 8T, fear not. We are here to answer that very question. Here is a quick look at the specs comparison between the two devices. 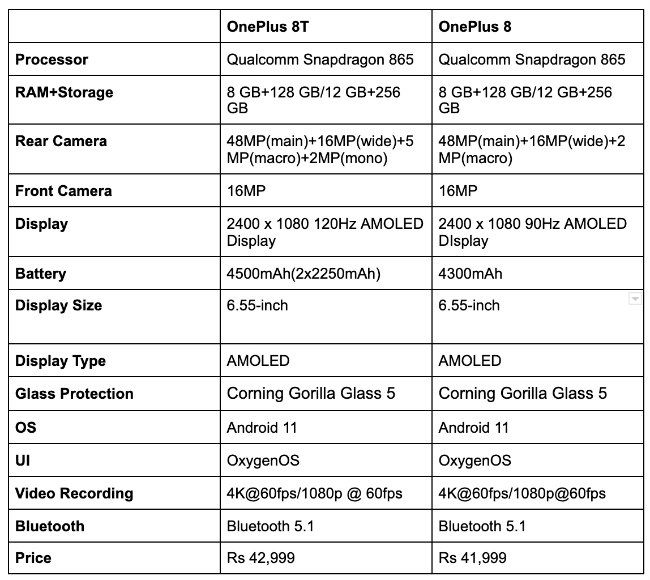 OnePlus tends to play with the hardware design language with every successive refresh. Similarly, with the OnePlus 8T, the back of the phone seems to have design changes, the camera module has been shifted to the top left of the device from the centrally mounted linear configuration of the OnePlus 8.

The front of the phone has been chamfered to a flat-screen display this time around from the curved edge screen of the OnePlus 8. The front camera has been mounted on the top left of the screen on both the devices.

Both the devices have the same Full HD+ resolution, but the OnePlus 8 has a curved display as mentioned above while the 8T sports a flat display. Another major difference in the display of the two devices is that 8T has a 120Hz refresh rate while its predecessor only has a 90Hz refresh rate.

No matter which phone you choose the performance is the same on both the devices, as both the devices come with the Snapdragon 865 SoC. Depending on the RAM and Storage options there may be some minor differences in multitasking but CPU and GPU fronts are the same for both the devices.

As far as charging is concerned the 8T has two 2250 batteries connected together, leading to a total of 4500mAh, but with this kind of configuration they are able to achieve charging speeds up to 65W. OnePlus 8 has a standard Warp charge of up to 30W wired charging.

The primary shooter for both the phones is a Sony IMX 586 48MP sensor, The lens has an aperture of F/1.7. The lens also supports OIS and EIS. Both the phones have a 16MP ultra-wide lens with the 8T sporting 123 degrees and the OnePlus 8 116 degrees.