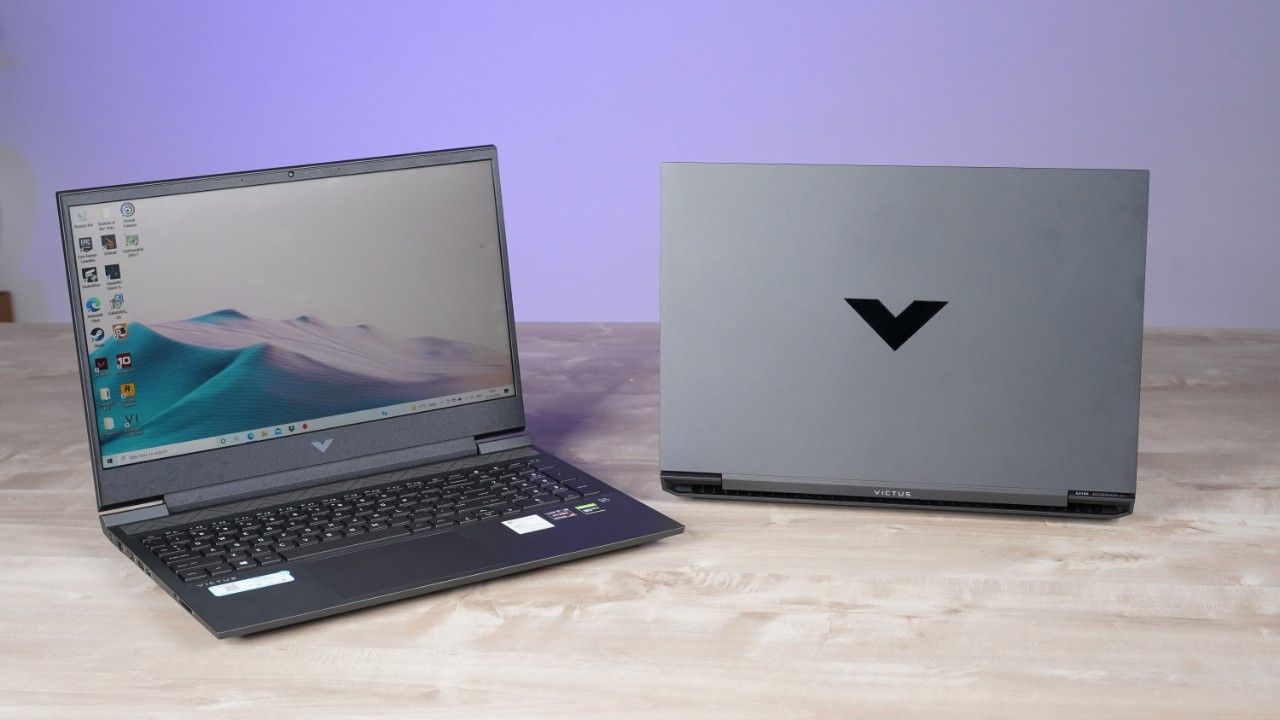 The Nvidia RTX 3000 series GPUs are now available in a variety of laptop configurations. Today we’re taking a look at two HP Victus 16 series gaming laptops with an identical configuration with just one twist, one of them uses an RTX 3050 GPU and the other one uses a GTX 1650 GPU.

And with this review, we will try to answer the main question - Is it better to upgrade to an RTX 3050 laptop GPU if you already have a GTX 1650 powered laptop? Well, here’s what we think? 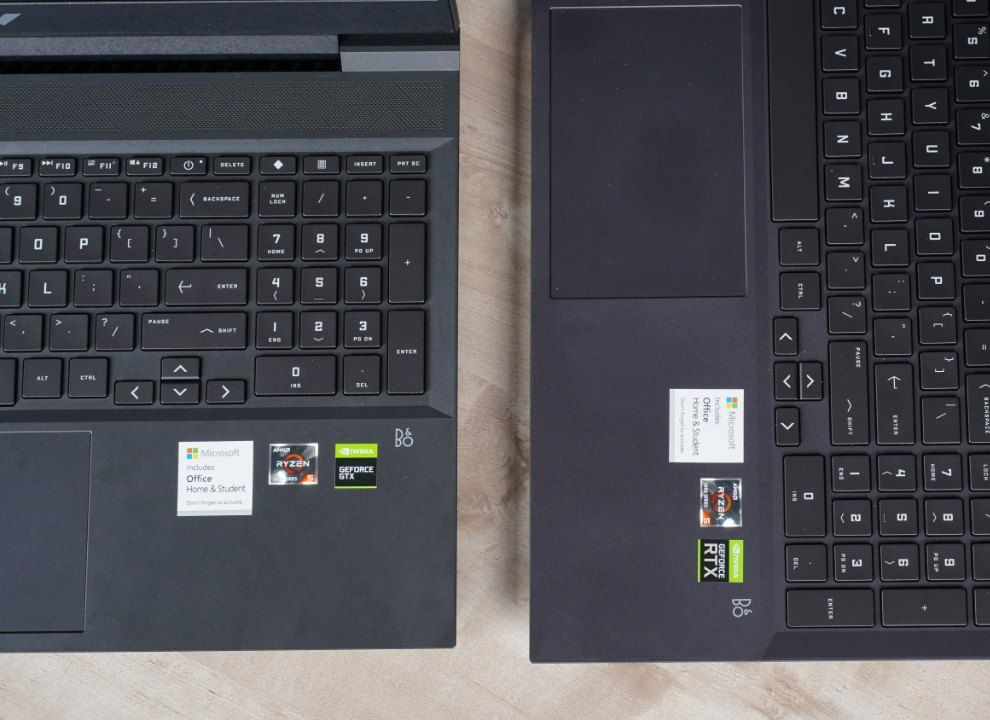 For the uninitiated, the HP Victus 16 series is the gaming-focused laptop sub-brand from HP unveiled a few months ago. It caters specifically to the budget and the premium budget segment in the gaming laptop market. 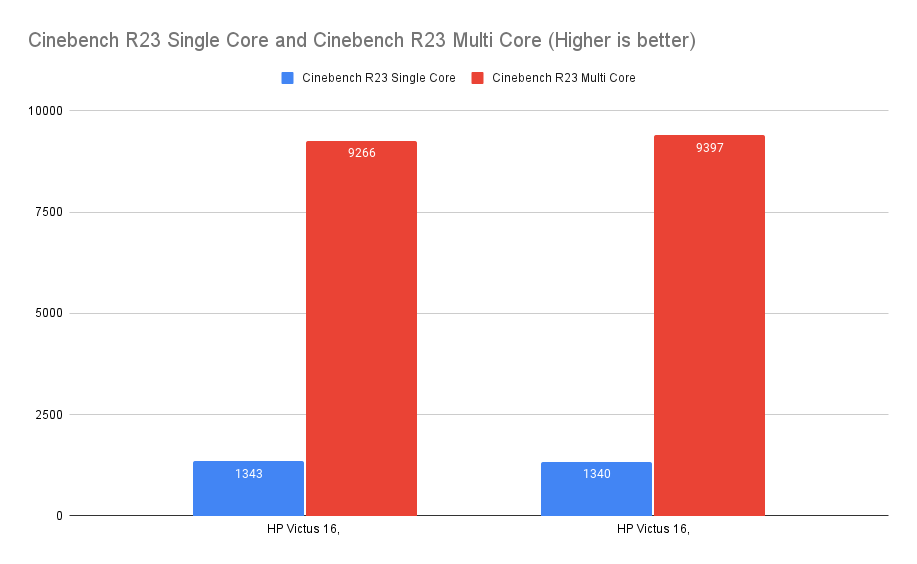 Overall, we can easily say that CPU performance in both laptops is almost identical for most use cases. 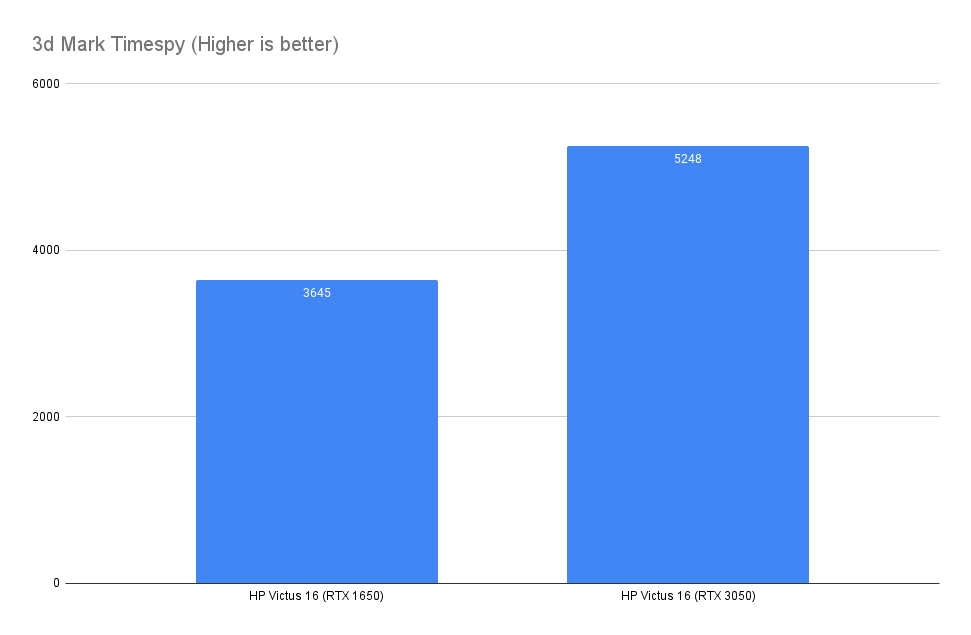 During the test, the laptop’s battery was in performance mode and the fan speed was set to max for both laptops. Also, note that the fan noise is pretty high and almost similar for both laptops.

While testing AC Valhalla, the RTX 3050 maintained a temperature between 53 to 57 °C at medium settings and FHD resolution. While running Shadow of the Tomb Raider at high graphical preset and 1080p resolution, the RTX 3050 hovered between 30 to 60 °C. Finally, while running the 3d Mark’s Firestrike benchmark, the GPU maintained a temperature between 40-50 °C. 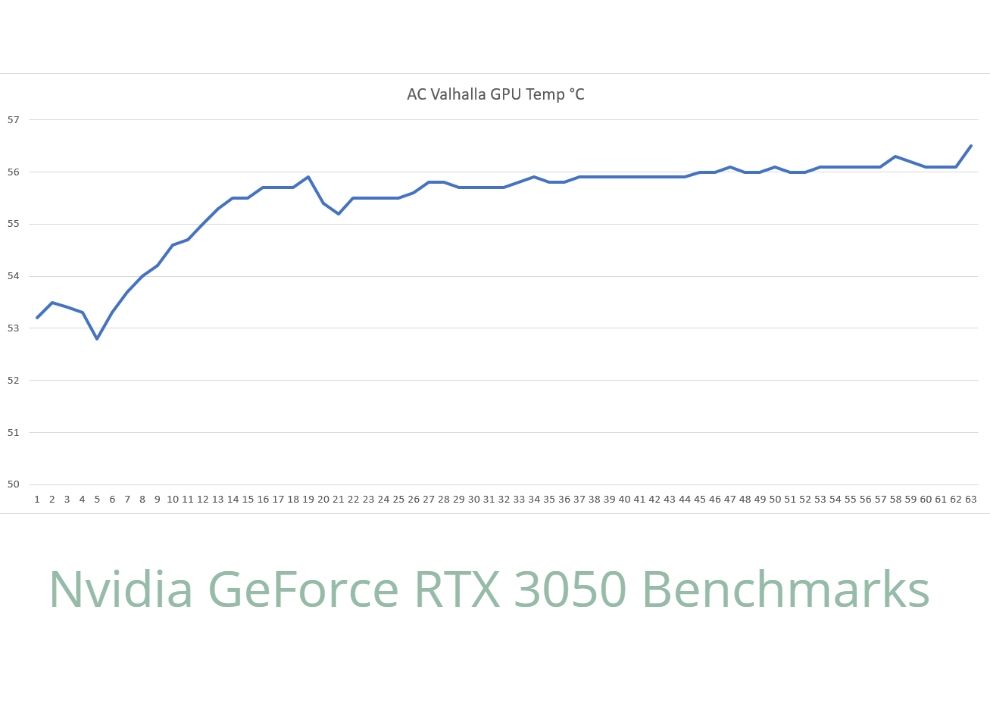 Meanwhile, the GTX 1650 maintained a temperature between 52-54.5 °C while benchmarking the AC Valhalla. While testing, Shadow of the Tomb Raider at high settings and 1080p resolution, the GTX 1650 hovered between 35 to 60 °C. Lastly, during the 3d Mark’s Firestrike benchmark, the GTX 1650 the laptop maintained 37 to 50 °C. 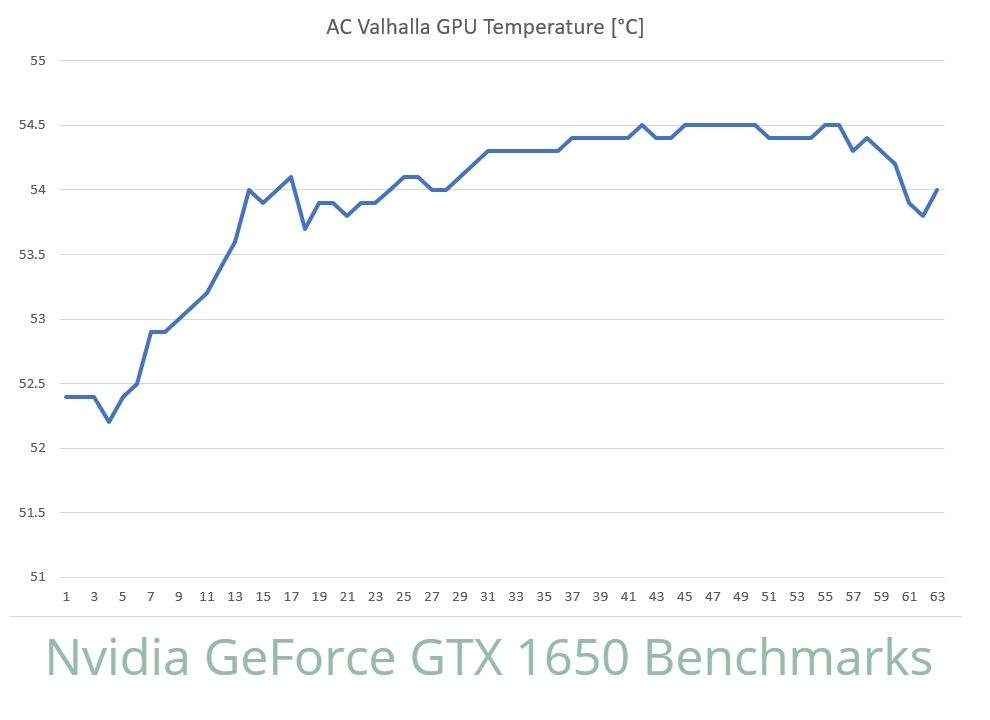 Overall, the RTX 3050 does run a little bit warmer than the GTX 1650 but not by much and with the strong cooling the HP Victus 16 offers, I don’t think the users would face any issue if they opt for either of these GPUs, in terms of thermals.

We compared a bunch of games ranging from demanding AAA titles to esports games to compare the performance difference between RTX 3050 and GTX 1650. Here are the results. In most games, the RTX 3050 returned either close to or above 60 FPS at 1080p resolution in medium settings. However, the GPU struggled massively while running AC Valhalla at high settings as it only managed to deliver 30 FPS at 1080p resolution. 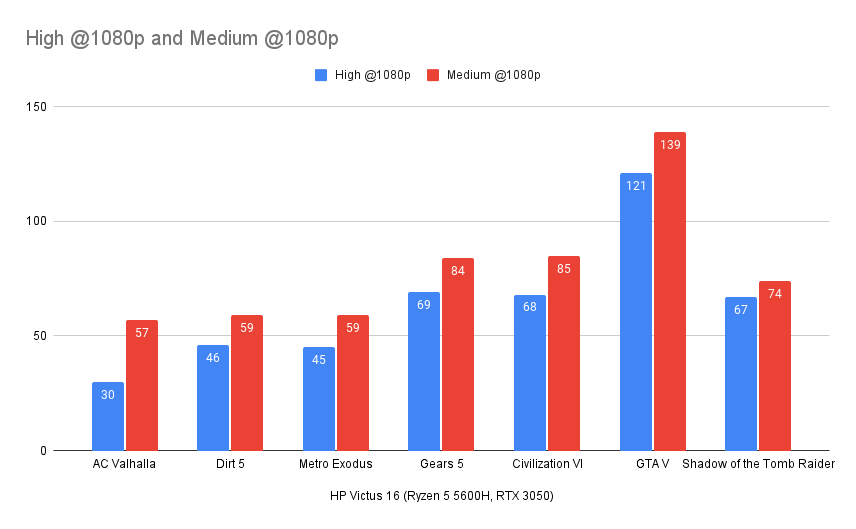 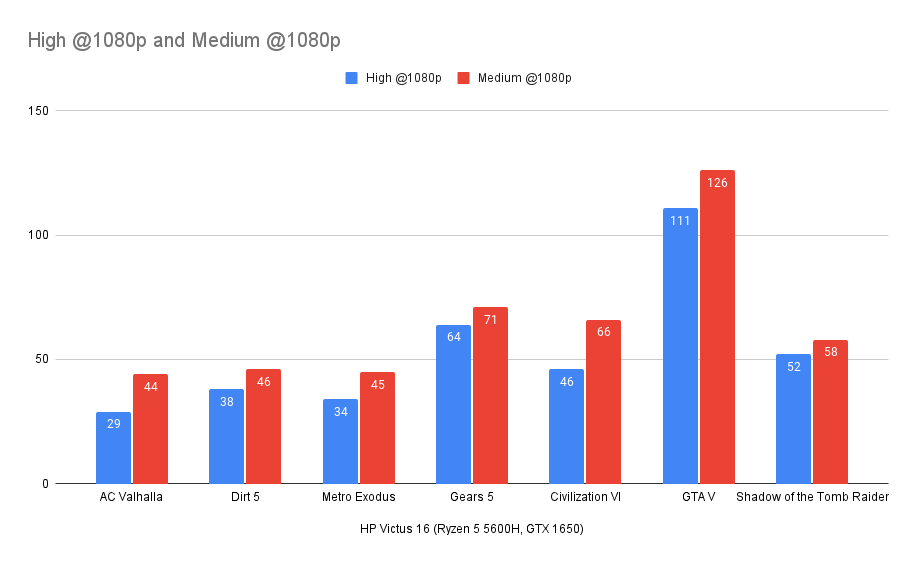 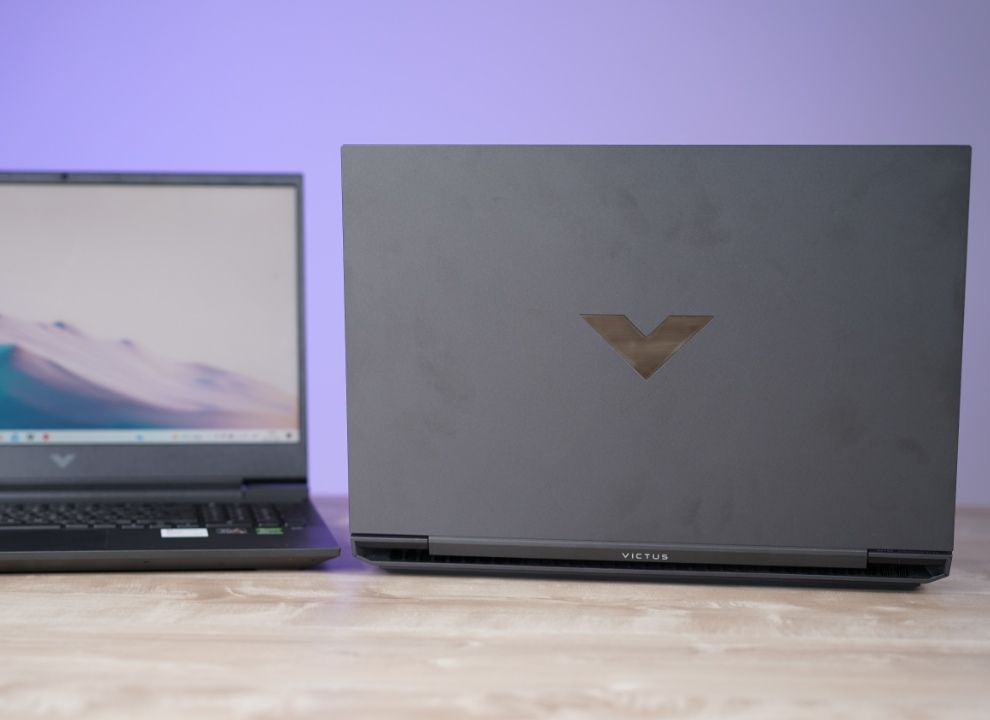 If you already own a GTX 1650 gaming laptop then you should not opt for an RTX 3050 laptop for gaming. The performance difference between the GPUs is around 10-14 FPS in most games and both of them have 4GB GDDR6 VRAM which struggles to run demanding titles like AC Valhalla at high graphical preset.

However, if you’re looking to buy a brand new laptop budget gaming laptop to play new games at medium to low settings, I’d suggest going with an RTX 3050 laptop. The GPU will serve you well if you wish to play current titles like the Metro Exodus, Dirt 5, and others. Furthermore, if you’re satisfied with playing games in low to medium settings at 1080p then the RTX 3050 will be a good fit for you.

If you’re someone who expects a bit more performance out of their laptops then do check out my review of the HP Victus 16 powered by an AMD Ryzen 7 5800H and an RTX 3060 and the Lenovo Legion 5 Pro featuring a beastly RTX 3070 GPU. For most intents and purposes, an RTX 3050 will be a good choice.