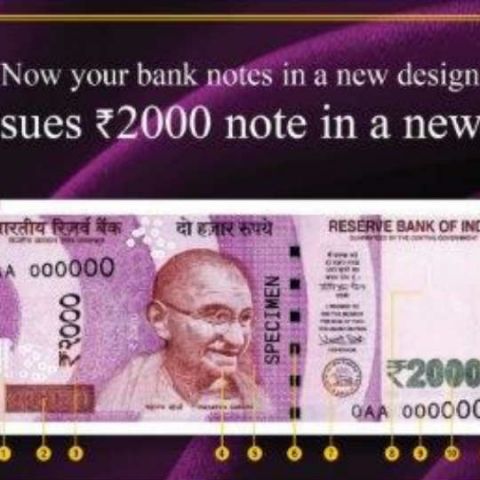 The pullout of 500 and 1000 rupee notes from the Indian economy has made Indian mobile wallets very happy. PayTM, Mobikwik and Freecharge, three of the best known mobile wallets in India, are reporting big growths in transactions and interest from consumers. According to Mobikwik, the company has witnessed a 40% increase in app downloads, in less than 18 hours after Prime Minister Narendra Modi’s announcement. User traffic and merchant queries have also gone up by 200%, Mobikwik said in a press release.

Upasana Taku, co-founder, MobiKwik said, “With this policy change, we expect a 10X impact - we expect to easily hit $10 billion in payments volume by 2017. Indian users do a trillion US dollars’ worth of payments annually, off which more than 90% are in cash. We were earlier trending to process $1 bln payments by 2017."

Further, PayTM, the largest mobile payments platform in India, says it has witnessed similar growth. PayTM reportedly 200% hike in the number of app downloads, and 250% growth in overall transactions and transaction values. PayTM also says that the number of saved cards on the platform grew by 30%, which points towards a “strong set of repeat customers” the platform has acquired. PayTM reported a whopping 1000% growth in money added to its wallet, and 400% growth in transaction values of offline payments.

Unlike many of its competitors, PayTM has been spreading its wallet services beyond apps and websites for a while now. The company has tie ups with grocery outlets, coffee shops like Cafe Coffee Day, petrol pumps, local taxis and auto-rickshaws, and more. Unlike websites and apps, coffee shops, restaurants, petrol pumps etc. fall under the offline payments bracket.

Of course, the huge growth in numbers would also be because these services weren’t being widely used in the first place. However, the government’s move is aimed at encouraging a cashless economy as well, and this could be the beginning of that.

Amazon has disabled COD orders following the pullout of 500 and 1000 rupee notes from the market. Amazon displays the message, “We have disabled COD for you to save cash for essential payments.” Similarly, Zomato and Swiggy have barred cash-on-delivery on their food delivery services. In fact, Zomato has even announced a No Cash cashback offer where the company is offering cashbacks of 15% for online payments.

Flipkart and Snapdeal, on the other hand, have stopped offering cash-on-delivery payments for orders above Rs. 2000. On-demand cab apps, like Uber and Ola, are allowing cash payments, but both have reminded their customers that 500 and 1000 rupee notes will not be accepted. In fact, Ola reported a 1500% growth in wallet recharges from 8.30pm yesterday, to noon today.

Is this the beginning of India’s cashless economy?

The Indian government has been pushing for a cashless economy, and many are calling this the beginning of the same. However, moving towards a truly cashless economy is a herculean task, especially in a country like India. The sudden growth in payments on mobile wallets could very well be short-lived, lasting only till the new currency notes are issued and widely distributed for governments.

Mobile and cashless transactions, though, would help curb black money, since everything will be accounted for. It would also pave the way for systems like Apple Pay, Android Pay, Samsung Pay etc, which have so far made little sense in India.