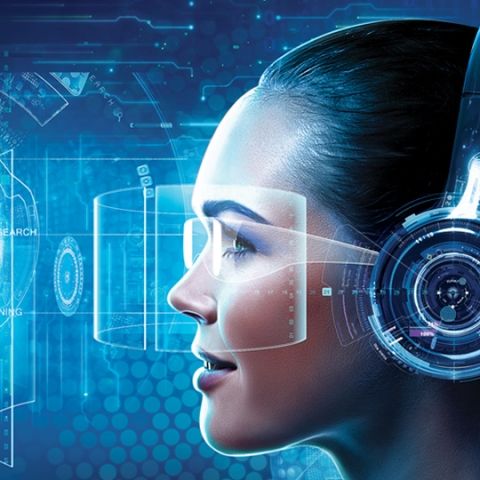 Technology hasn’t been touched by pioneering women in the past alone. Modern day female role models continue to inspire all of us (not just girls) to break barriers, reach for the stars, push the frontiers of technology and boundaries of the status quo further than ever before. By doing this, not only are they empowering themselves but a whole generation of Indians who are waiting in the wings. And possibly many more people around the world. As we celebrate women's entrepreneurship day today, we introduce you to some of the leading ladies of the Indian Tech scene. Find out about their trials and tribulations, challenges they faced, and their eventual rise to the top of the pyramid in their respective fields.

When it comes to girls or women techies, we don’t have enough of them to begin with, and more’s the pity. Google claims that less than one per cent of girls study Computer Science in the US. According to the search giant, girls start out with a love for science and technology up until middle school (74 per cent), before losing it somewhere along the way. By college, only 0.3 percent girls actually plan to study Computer Science. This is a huge cause for concern, especially because jobs in Computer Science are slated to pay substantially more than the average. Encouragement from adults and peers is the number one contributor to a girl's decision to pursue academics and a career in Computer Science. As a result of all this, technology and humanity at large is suffering and held back from a faster rate of overall progress.

If America’s struggling with the problem of underrepresentation of women in technology, it’s safe to assume that we too have a lot of work to do to empower women here in India.

We spoke to a number of women leaders and role models from India – all of whom are geeks and techies in their own right – to get a sense of the awareness levels among the masses when it comes to women’s contribution in technology, how to get more girls into tech-related careers, and other relevant questions.

“Women are making a mark in every industry today irrespective of which field they choose to enter. The important thing to note is that the lines are blurring and it’s an exciting time to be a woman, especially in technology,” said Genius Wong, Senior Vice President, Global Network Services and Cloud Enablement, Tata Communications. “For example, At Tata Communications, I am one of the three women on the leadership team, our CFO and CMO are both women who come from the technology industry.”

She recognises that gender gap is a challenge in the tech business – women make up only 16 percent of tech jobs globally, according to her. However, Wong believes this can change with organisations such as ‘Girls who Code’ that work towards closing the gender gap in technology and inspiring girls to pursue computer science by exposing them to real life and on-screen role models.

Shweta Aprameya, COO, Airtel M-Commerce Services Limited, says that consumers are more linked to the end state unless there is an emotional connect attached. She further adds, “Speaking of society at large, I believe there is an increasing awareness that women are the driving force in every field. We have Arundhati Bhattacharya, who heads one of the largest banking institutions. Biotechnology has women like Kiran Majumdar Shaw – a widely acknowledged personality. Google, in its recent diversity report, mentioned that 21 per cent of tech hires last year were women, boosting the overall number of women in technical roles by 1 per cent. This is a clear indication of a paradigm shift enabling higher participation of women in technology companies.”

According to NASSCOM, a trade association for Indian software and services companies, the tide’s turning slowly but surely as women entrepreneurs have started to advance a foothold in the startup industry and have begun to make their presence felt. Sangeeta Gupta, Sr Vice President, NASSCOM further adds, “To enhance women’s representation in the IT-BPM industry, NASSCOM has been working with the industry to help more women to build successful ventures. As part of our '10,000 startups' initiative, we initiated ‘Womentechship’ in support with major players in the ecosystem that helps promote and grow entrepreneurial and innovative women in the tech space. The important thing to do is to create a robust startup and investment ecosystem for women. Hence, as part of these programs we have been organizing various industry connect programs, Hackathons, meetups and tech-talks, where women entrepreneurs can meet women leaders to discuss and share insights on a regular basis”.

Getting more women into tech
To ensure more women become technologists, Barbara Belpaire, General Manager, TomTom (India), believes it all starts with giving girls access to technology, social media and innovation at home and in school to spark their interest in the technology domain.

“Traditionally in India, girls did not always get the same chances as boys and this should be addressed. Parents need to ensure good education for their daughters and allow them to make career choices for themselves in line with their interests and talents,” Barbara stresses. “Girls should be stimulated at school and at home to be vocal, to share their thoughts and ideas and to collaborate. More and more female graduates join companies but the companies experience drop-outs when they marry or give birth.

To tackle this situation, employers need to create a safe, respectful women-friendly environment by ensuring diversity & inclusion at workplace, zero-tolerance against gender-bias, stimulating women to grow further into their career and to take up additional challenges, providing mentorship and creating a good work/family/personal life balance to attract more women to become technologists.”

To add to that, Aparna Khatri, Senior Director, Global Solutions Engineering, EMC, believes that for aspiring girls to become technologists, they require to be skilled and intelligent. “So the first step is to ensure that girls get the required education, both foundational and advanced. The trend has definitely improved over the last 20 years with the government and private sector's focus on education as well as people's understanding that technology is an area where women can grow and excel in their career. From 1-2 girls in a class of 60 pursuing engineering/diploma, the number has grown to 30 per cent.

Most tech companies have realized the advantage of a diverse workforce, and encourage recruitment of women employees and also provide the required flexibility during major life events including marriage and childbirth. Women should leverage this support and with enough drive, perseverance and hard work can definitely excel in the tech industry.”

Pallavi Gupta, a Software Engineer working for Samsung R&D Institute, Bangalore in the Voice Recognition team, Mobile Division, feels that we don’t see a lot of women entrepreneurs or leaders talking to the public about technological advance, barring a few. “For instance ISRO women scientists’ who were seen celebrating during the successful launch of MoM, is something the nation reverberates with. There is a lack of emphasis on the achievements made by the women technologists and hence the consumers aren’t quite aware of the same,” according to her.

And if it all checks out, it’s only a matter of time before we have more success stories like that of Manu Malhotra, Senior Manager, Engineering Software, HARMAN Connected Car. A techie at heart, she’s been associated with innovative engineering work all throughout her career. “I am proud to be associated with products which have in the past been associated with more technologically advanced countries,” says Manu, before adding, “Creating solutions which are totally home grown and developed from scratch, gives me immense pride. Technology in India is always thought to be a “follower” of other technological innovations, and busting this myth to create products from scratch which can be used across the continents is one of my greatest achievements. I have worked on products (from concept to reality) which were initially designed for developing markets but ended up getting adopted first in developed markets. This is called ‘disruptive innovation’ and it has helped us venture into new markets while also making our presence felt in India.”

Arise women, tech needs you!
Before we end this story, we’d like to leave you with words of encouragement, especially to all of you girl readers out there. Who better to inspire you than women techies who’ve carved a successful niche for themselves in technology?

Megha Bhagat, from Bangalore,  consults with non-profits in the education, social entrepreneurship and women in technology sector, typically spending her time creating opportunities for young girls and women in universities to get the right exposure to upcoming technology and coding. She says, “As a woman we have an incredible ability to be empathetic about problems around us and therefore remember to remain persistent with choices you make with technology studies. Technology is impacting our lives in more ways than we know and thus it’s critical to become a part of the movement so that we create the solutions that we deserve.”

As a seasoned HR veteran, Dr. Kiranmai Dutt Pendyala, Corporate Vice President – HR, Greater Asia and EMEA, AMD, has assessed and hired thousands of aspiring techies in her professional life. She believes that, “Technology is an enabler, do not hesitate, believe in your spirit, believe in yourself, go reach out – sky is also not the limit. Technology beckons you, take bold strides forward to design the products of tomorrow.”