Google Pixel 2 and Pixel 2 XL launch today: Specs, price expectations, livestream and everything else to expect 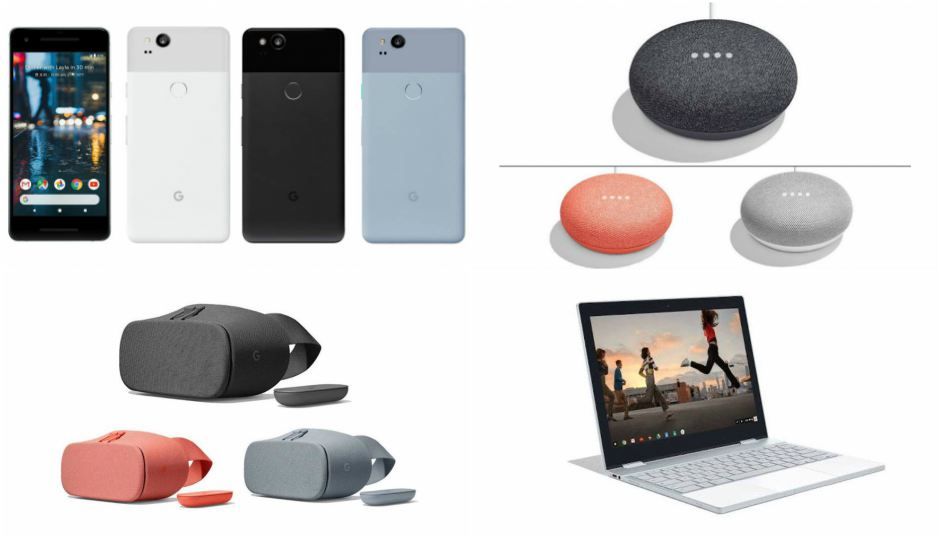 It has been exactly one year since Google gave us the Pixel and Pixel XL smartphones, a calculated risk taken by the Mountain View giant which killed its own Nexus series to pave the way for two Google flagships with the company’s own AI-powered voice assistant at the heart of the devices.

Last year’s Pixel and Pixel XL were also launched on October 4 and come November, the smartphones had managed to reportedly gain a 10 per cent share in India’s premium smartphone market. However, according to BayStreet Researchers, as of June 2017, eight months into the launch of the first Pixel and Pixel XL phones, Google only managed to sell 1.8 million units of the devices. The number is not even close to making a dent in Samsung, Apple or even Huawei’s market share, but it is a positive one for Google nevertheless.

Now, a full year and multiple bug fixes later, Google is preparing to unveil the second generation Pixel smartphones which, thanks to nomenclature rules, are being called the Pixel 2 and Pixel 2 XL.

The Google hardware event on October 4 will see a lot more than the second-gen Pixel smartphones though. While the spotlight might favour the Pixel 2 and Pixel 2 XL, Google is also likely to launch a laptop/tablet hybrid in the form of the Pixelbook, a tiny button-shaped Google Home Mini speaker, a new Daydream VR headset and more.

Leaks have completely spoiled the party for the Pixel 2 and the Pixel 2 XL. Known leakster Evan Blass has given us our best look yet at the new Pixel smartphones, a day before they are officially launched at an event in San Francisco.

Right off the bat, the Pixel 2 is supposed to be an iterative update to its predecessor, much like the iPhone 8 is to the iPhone 7 and 7 Plus. Smaller of the two, the Pixel 2 will sport a 5-inch 1080p display with 16:9 aspect ratio, large top and bottom bezels, a redesigned home screen, dual front stereo speakers, Qualcomm’s Snapdragon 835 chipset, a 12MP rear camera, 4GB of RAM, 64GB/128GB storage.

Both phones will of course house the AI-powered Google Assistant, and it is expected that the Pixel 2 XL will support a new Active Edge feature which will allow users to squeeze the device to bring up ther Assistant.

The Pixel 2 XL is also likely to include an E-SIM like the Apple Watch Series 3, which will allow the smartphone to connect to any network without the need to replace the SIM card. However, Indian carriers do not support E-SIMs so it is likely that the function will remain dormant in the country.

Sources tell us that the Pixel 2 and Pixel 2 XL will launch in India before Diwali, October 19. Google wants to cash in on the festive season and we expect the Pixel 2, Pixel 2 XL to reach Indian shores soon after they are announced today.

Google and Amazon are locked in a head-on IoT speaker battle, which the latter is clearly winning right now. While neither the Amazon Echo, nor the Google Home were officially launched in India, the products have created a mark for themselves in the consumer IoT segment. There was talk of the Amazon Echo and Echo Dot launching in India sometime around Diwali, but we haven’t heard from the company just yet.

Nevertheless, it is Google’s turn to show us what it’s got up its sleeve. If rumours and leaks are to be believed, there is a Google Home Mini launching today. The smaller button-shaped speaker with built-in Google Assistant is expected to go for as low as $49 (Rs 3,161 approx).

The Google Home Mini speaker is rumoured to be available in Chalk, Charcoal and Coral colours. Unlike the Google Home, the Home Mini might be a wired speaker instead of being wireless. The IoT speaker will help users set reminders, listen to news, control home IoT devices and more.

There was also talk of a Google tabletop smart screen last week, a possible challenger to the Amazon Echo Show. However, we don’t expect the company to unveil it just yet.

Google is likely to launch a high-performance Chromebook called the Google Pixelbook at a starting price of $1,199 (Rs 77,150). Pixelbook is expected to come in Silver, with 128GB ($1,199), 256GB ($1,399) and 512GB ($1,749) storage options, tech website Droid Life. Unlike earlier Chromebook Pixel units, the new Pixelbook reportedly folds into a tablet and comes with the official Pixelbook Pen which will be sold separately for $99 (Rs 6,370). The Pixebool Pen is pressure sensitive, with tilt support and supposedly no lag, the report added.

The Google Daydream VR headset was launched in India at Rs 6,499 and unlike the phones, it has not yet received a price cut. We are also not sure about how well the headset sold in India as Google almost never shares any sales figures. However, it had a dismal 0.1 percent market share  worldwide by the end of 2016 as per Strategy Analytics.

Now, reports suggest that another redesigned Daydream View VR headset will make its entry into the struggling consumer VR market today. The headset is expected to get a new, clean look and arrive in Charcoal, Fog, and Coral colours.

According to 9to5Google, the headset will be made from a “fabric-type” material just like its predecessor. Google is expected to make improvements on the glaring light bleeding issue with the new Daydream VR headset which is expected to become pricier at $99 (Rs 6,489 approx), meaning that in India, it will be priced around Rs 8,000 approximately (If Google follows last year’s pricing strategy).

Lastly, Google is expected to Livestream today's event on its YouTube channel starting 9:30PM India time. The link for the livestream is also embedded above and can be viewed from within this article. Those who have registered interest on Google’s special event page can expect to receive launch information of the devices on their registered email IDs.

So in all, 2 new phones, one VR headset, a hybrid laptop, and a new AI-enabled speaker is what we expect Google to unveil at its hardware event today. Stay tuned to Digit.in for all the coverage on the Pixel 2, Pixel 2 XL and other Google products launching on October 4.

Indian chip component market to hit $300 billion in 4 years time: Report
Google survey finds 6 out of 10 people are subject to misinformation daily or weekly
Google invites Nest owners to help in the next-generation design of the Home app
'There will be blood on streets,' Google execs warn employees about layoffs
Google Search shows which streaming services have specific games
Advertisements