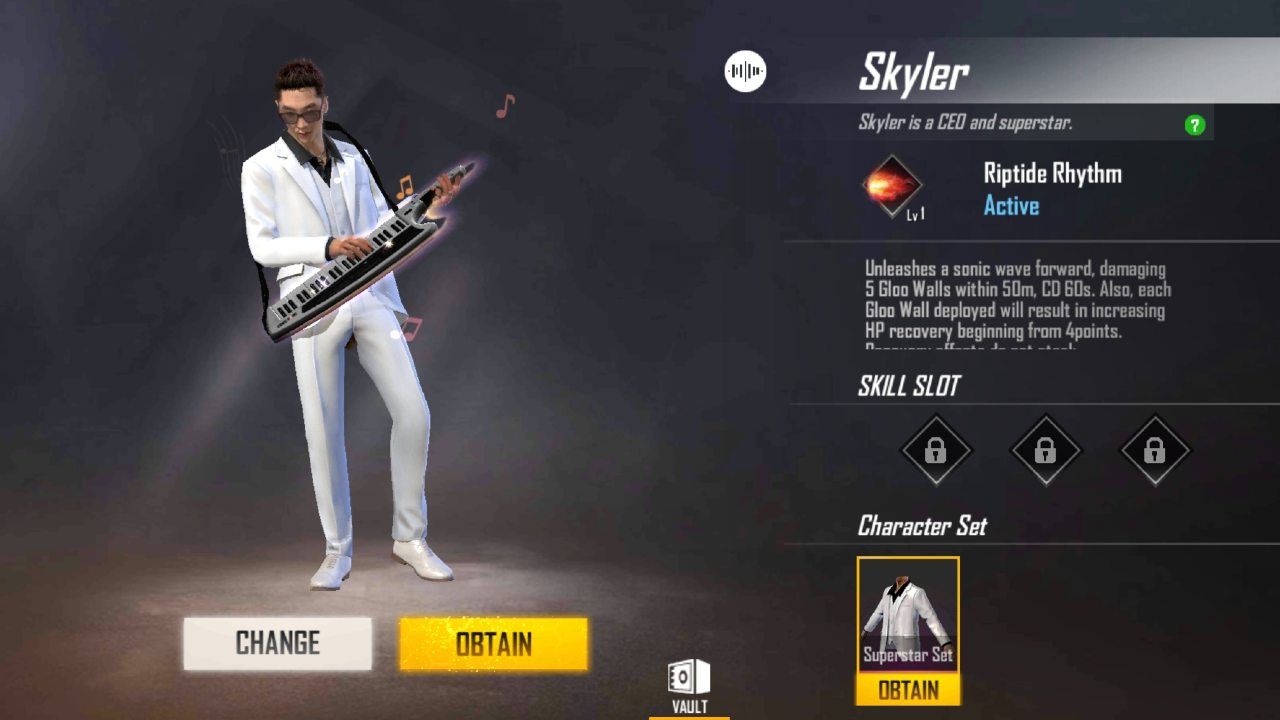 Garena Free Fire: Everything you need to know about Skylar

The OB26 ‘Project Cobra’ update for Garena Free Fire is out and has introduced a bunch of major changes. This includes a new Revive system for team members, the MAG-7 shotgun and more. One of the more notable new additions with the update is a brand-new character called Skylar. Here’s everything you need to know the newest addition to Free Fire’s roster.

Who is Skylar in Free Fire?

Skylar is based on notable Vietnamese music artist, Son Tung M-TP. His in-game description reads that Skylar is a CEO and Superstar.

Skylar comes with an active ability called Riptide Rhythm. This ability releases sonic waves. These waves will damage up to 5 Gloo Walls up to a certain distance. Skylar’s passive ability increases HP recovery for each Gloo Wall deployed by the player.

Players will be able to level Skylar up to level six. Each level will improve the character’s abilities. Improving levels increases the range of the Riptide Rythmn ability, while decreasing its cool downtime.

How to acquire Skylar?

Unfortunately, Skylar is not yet available to players. Garena has not yet announced when the player will be available for users. The new character should cost either 499 or 599 in-game diamonds to purchase. It is also possible that Garena might make the character available via the Faded Wheel draw or any similar event.

Skylar’s abilities might make him well suited to aggressive players. Players can charge enemy players while taking down any weak players hiding behind Gloo Walls. It might be a better option to use Skylar in team modes like Duo or Squad. As the Skylar character charges forward, their teammates will be able to provide covering fire and pick off players left out in the open after their Gloo Walls are destroyed.