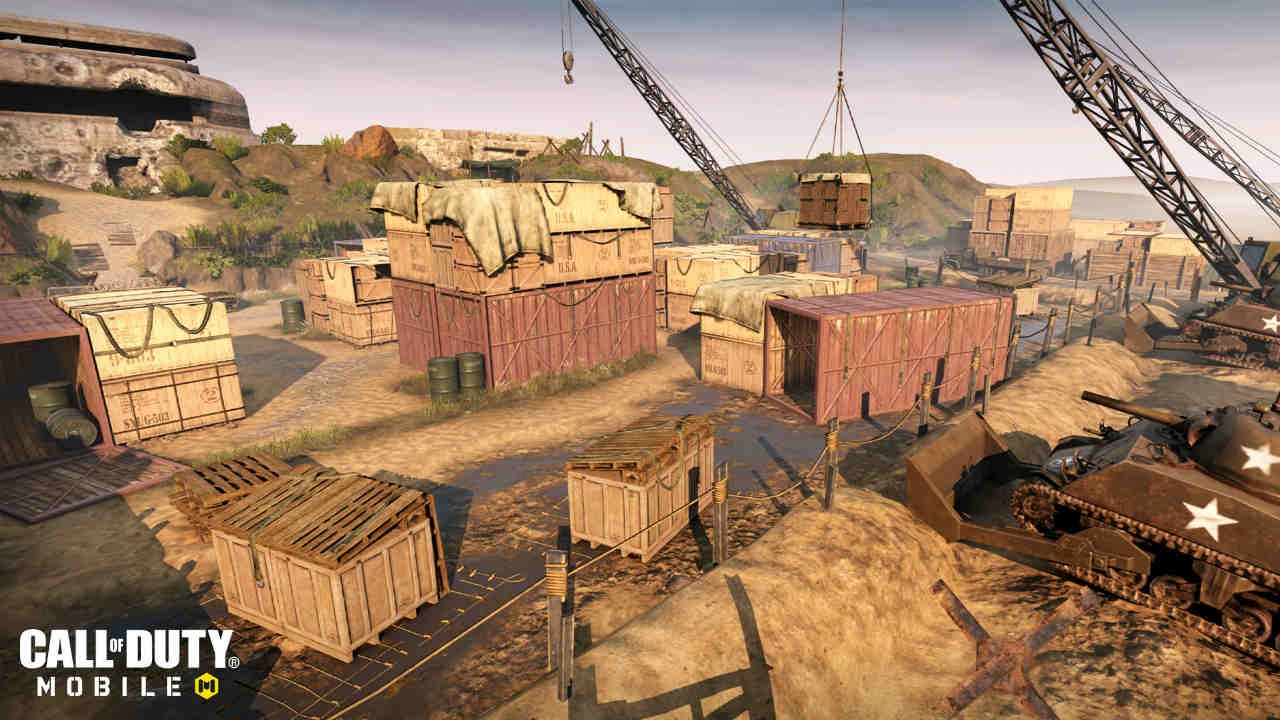 Call of Duty: Mobile Season 9 update: Tips and tricks to help you ace the Shipment 1944 map

Call of Duty: Mobile’s Season 9 update is out. Players now have access to the Shipment 1944 map. The new map is very small, even by comparison to other small maps like Rust

Call of Duty: Mobile’s Season 9 update is out and as always, players now have a new multiplayer map to play in the form of Shipment 1944. A slightly different take on the Shipment map that was launched with Call of Duty 4: Modern Warfare. The new map is very small, even when comparing it to other small maps like Rust. The only thing separating you and your opponents is a bunch of shipping containers and other objects that provide some cover.

Due to its small size, Shipment 1944 is probably one of the most chaotic maps available in Call of Duty: Mobile. However, the key to victory here is understanding the chaos and using it to your advantage. Here are some tips and tricks to help you succeed.

Learning the map is probably the best thing to do, especially in a map like Shipment 1944. The layout of the map is roughly a square that can be divided into two areas. Namely, the center, where there are two lanes that criss-cross, and the outer perimeter. There are five open crates in the map which can be occupied and used as ambush points. The perimeter also features vehicles and barrels that offer some cover. It should also be noted that there are two shipping containers that are slightly askew. These allow players to hide behind, and take a breather or call in certain scorestreaks in relative peace.

Most small maps heavily favour weapons like shotguns or SMGs and Shipment 1944 is no different. The tight spaces make high mobility, and the damage rate of these weapons quite effective. However, this does not mean that other weapons have been rendered moot. Assault rifles can still be quite effective with the right attachments, while snipers can take up a corner of the map where they will have views of the map’s two sides. In fact, snipers would do well to pick a corner with the parked vehicles as this would provide them with some cover.

Anyone standing still in Shipment 1944 is asking for trouble. While camping may get a few kills, don’t be surprised if you see a grenade headed your way soon after. Keep moving and shooting when possible. Having said that, don’t be shy of dropping a Trip Mine as many players will be too busy fighting to notice those little things.

The fighting in the game can be quite chaotic, especially after you respawn and have only a couple of seconds to get your bearings straight. A good idea would be to try and regroup with a teammate as soon as possible. Conversely, if you see your team members suddenly dying, deduce where the enemy would be located and try and flank them.

The layout of the map makes aerial scorestreaks like the Stealth Helicopter and VTOL extremely deadly. Even the MQ-27 Dragonfire drone can be extremely effective provided you teammates can cover you. You may also consider the UAV/Counter-UAV to locate/disrupt enemies. Try and avoid the Care Package and XS-1 Goliath scorestreak as there's a chance that you might be killed before you get a chance to retrieve it