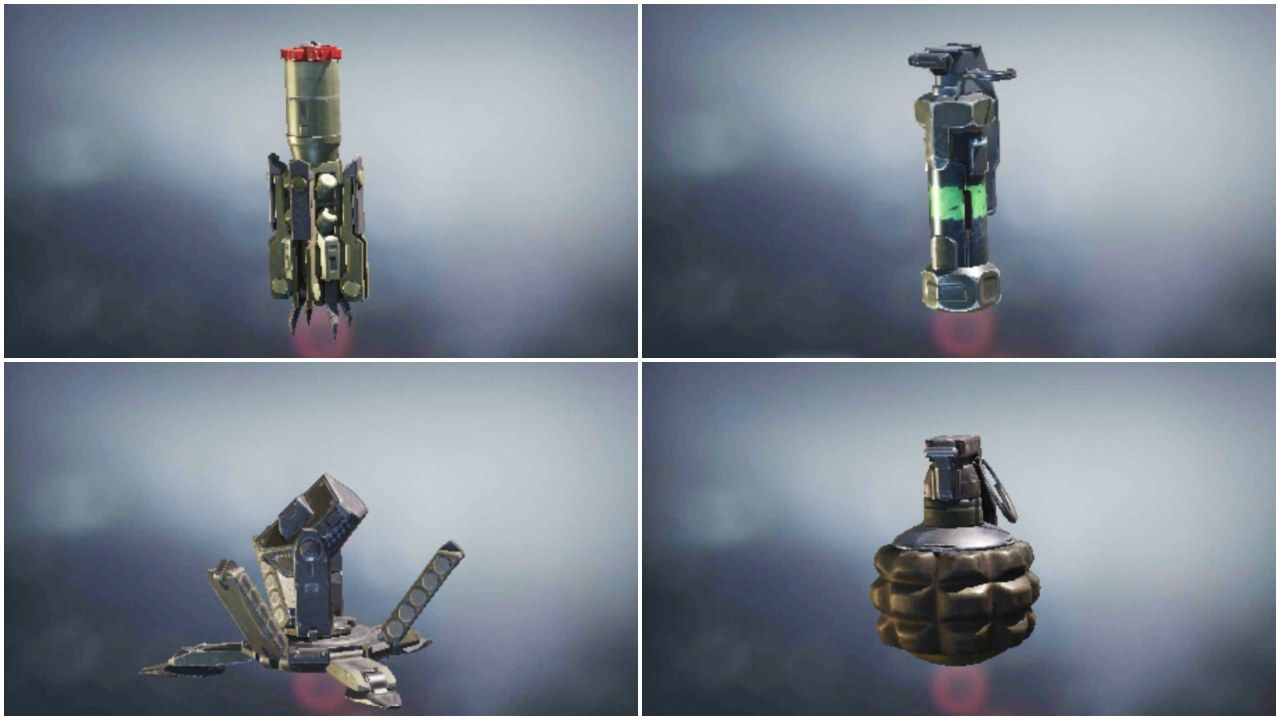 Call of Duty: Mobile is doing pretty well for itself. Within the span of a month, the game has amassed over 50 million downloads via the Google Play Store itself. So, it was high time we got around to giving you guys some handy gameplay tips. This time, we will be looking at all the various grenades that players can unlock in the Multiplayer mode. Unlike PUBG Mobile, the grenades in Call of Duty: Mobile are unlocked once players reach a certain level. They can then be equipped in a loadout for Multiplayer matches.

The grenades in Call of Duty: Mobile are divided into two categories, namely Lethal and Tactical. Players start multiplayer matches with one grenade each and the inventory is refreshed whenever a player respawns. So, let’s get down to it, shall we? 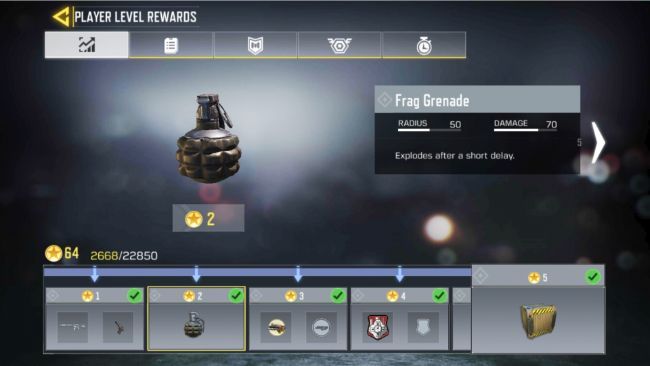 Tactics: The first grenade players will get access to. The Frag Grenade does exactly what it says on the tin. These are best used on choke points, or indoors. So if there is a camper in the game, it can be used to flush out the player or kill them outright. The delay can also be used to ‘cook’ the grenade, so that your opponents have less time to react. Just make sure you don’t blow yourself up. In-game description: A grenade that sticks to surfaces before detonating.

Tactics: The Sticky Grenade works in a manner similar to the Frag Grenade, with one crucial difference; it sticks to anything it touches. This includes surfaces, opponents and even team mates. This also means that these grenades will not roll away once they land, so they make more sense on uneven terrain. It should be noted that these grenades do not cook, and only explode once thrown. 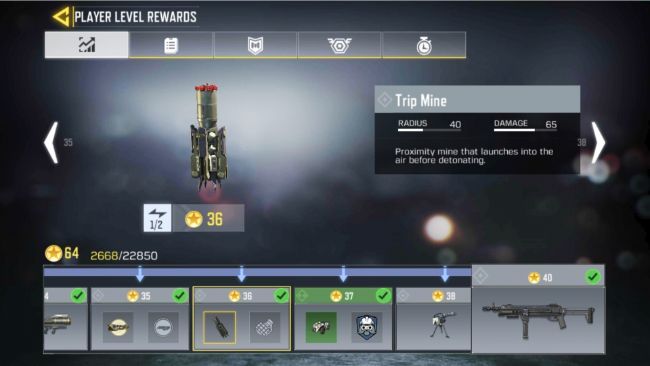 In-game description: Proximity mine that launches into the air before detonating.

Tactics: The Trip Mine does not explode on impact. Rather, it is triggered when an enemy runs by it. As such, it is best used in areas where there is a lot of enemy traffic. It can also be used by snipers to ensure no one sneaks up behind them by placing it on the doorway. Remember: If it’s blue, it’s set by you. If it’s red, be careful where you tread. 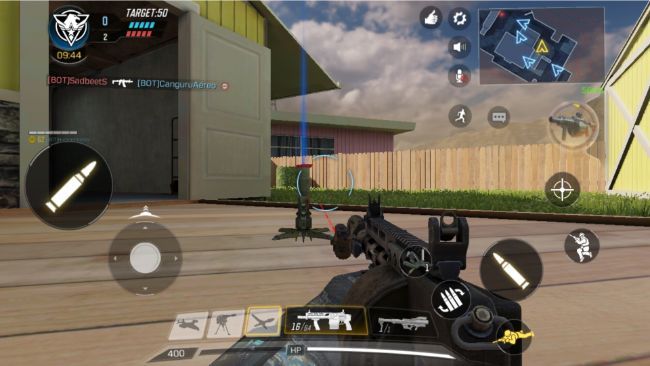 A Trip Mine set by your team 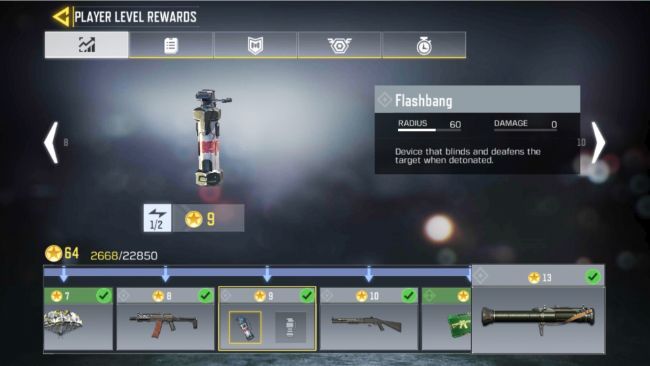 In-game description: Device that blinds and deafens the target when detonated.

Tactics: The Flashbang is the first tactical grenade you get and in the right hands, can be quite deadly. The flashbang is best used in enclosed spaces. As such, it comes in very handy when you want to clear a camper hiding in a room. When used well, it can be used to kill whole groups of enemies. 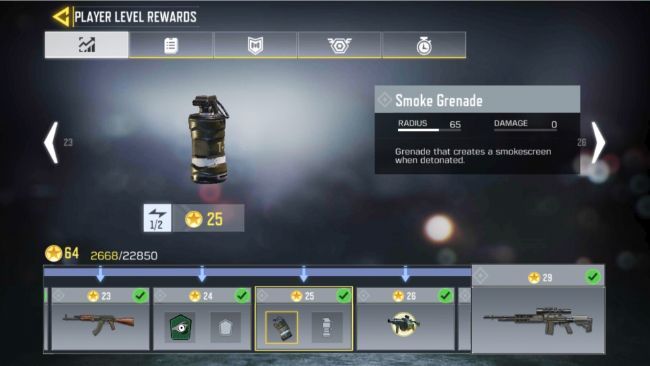 In-game description: Grenade that creates a smokescreen when detonated.

Tactics: The Smoke Grenade is a godsend for anyone who hates being picked off from a distance by snipers. It effectively lets you close in for the kill without exposing yourself too much. It can also be used to cover movement and help you and your teammates reach a better tactical position. 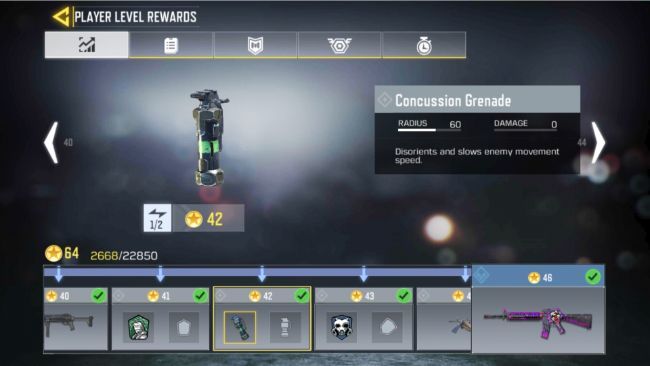 Tactics: The Concussion Grenade works in a manner similar to Flashbangs, but they do not blind. Rather, the enemy's movement speed is slowed down considerably. As such, it is best used when ambushing groups of enemies as a team. It should be noted that players under the effect of the Concussion Grenade can still look and shoot. So, if the enemy already has you in their sights, they can still attack you. 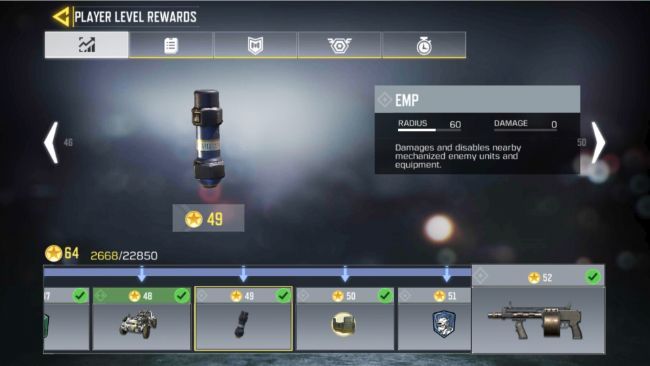 Tactics: An EMP grenade is designed to disrupt electronics. This makes them deadly against automated systems such as sentry turrets. They also affect people by disrupting their HUD for a few seconds. Those affected will not see any buttons, map or targeting reticle. However, they can still shoot if they know where those buttons are supposed to be. 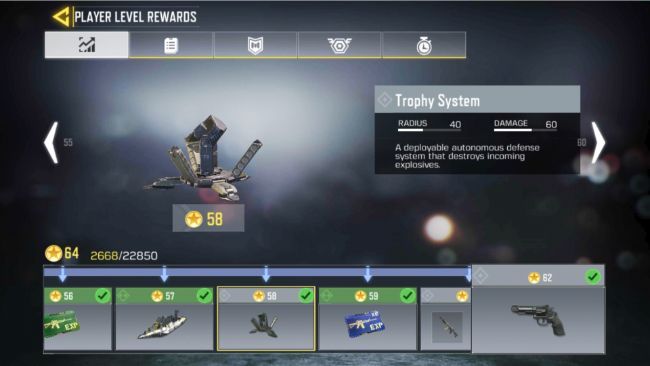 Tactics: The Trophy System isn’t exactly a grenade. Rather, it is a device that the player deploys to cover a certain area. This then shoots down any incoming explosives like grenades or other such equipment. It should be noted that the Trophy System is the only tactical ‘grenade’ that can cause damage. So any enemies, or even the player itself can be hurt or even killed when it destroys a projectile. 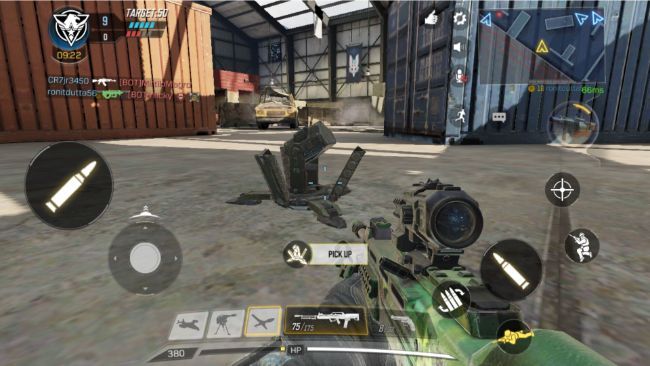