Amazon Prime Video Vs Netflix: Global streaming services battle it out in India 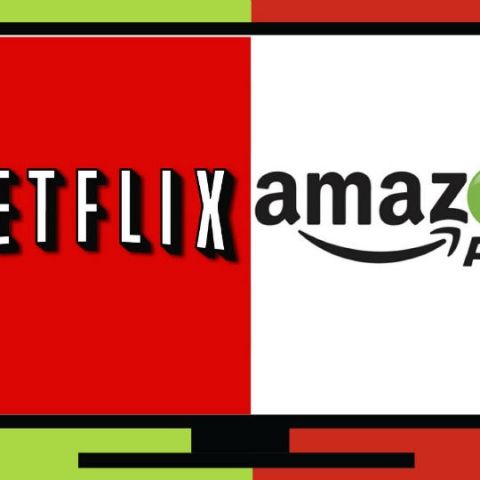 Amazon has finally brought its video-on-demand streaming service, Amazon Prime, to India. Including India, Amazon Prime Video is now available in more than 200 countries, making its global reach much higher than that of Netflix, which added 130 countries to its kitty back in January. India has suddenly become a hotbed for video streaming services, which now include both global and native streaming companies. With Amazon Prime in the fray, we now have two global streaming giants battling it out for the average Indian to binge watch over their newfound 4G connections and unlimited broadband plans. So without further ado, let’s see how Amazon Prime Video differs from Netflix at first look.

Right now the best part about Amazon Prime is its pricing. If you are an Amazon Prime member, not only can you enjoy exclusive deals and free deliveries on the ecommerce platform, you can also start using Amazon Prime Video right away. Amazon is offering a free 30-day trial for Prime, after which users of the service will be charged Rs. 499 per annum. This brings the monthly cost to Rs. 42. With the Prime subscription in your pocket, you can access Amazon Prime Videos on 3 screens at the same time. The price for Prime membership is set to go up to Rs. 999 per annum in the future and as of now, there are no separate pricing plans for varying streaming quality.

When it comes to Netflix, the basic pricing plan starts at Rs. 500/month for a single screen in standard definition, Rs. 650/month for 2 screens in HD, and Rs. 800/month for 4 screens in UHD/4K quality. So effectively, Amazon Prime Video is cheaper and will always be cheaper than Netflix if the latter maintains its current pricing plans.

At first glance, Amazon Prime Video seems to have a bunch of recent Hindi movie titles such as  Sultaan, Raaz Reboot, Shaandaar, Dil Dhadakne Do, etc. This is thanks to Amazon’s deal with Dharma Productions, T-Series and others. It even has a decent collection of English movies and Amazon exclusive TV shows, like the wildly popular auto show Grand Tour, award winning series Transparent, and more. The problem is that Netflix still takes the cake when it comes to content. It may have a limited amount of regional language content, but when it comes to original TV series, English movies and documentaries, Netflix is far superior to Amazon Prime Video. This could change as Amazon adds more titles to its catalogue. Remember, when Netflix launched its services in the country, it had an extremely limited content library, which only expanded subsequently with time.

Unlike what most news articles are telling you, the Amazon Prime Video app is hard to access. It’s all hunky dory for Android users, but iOS users in India can still not spot the app on the App Store. Now, this could be because of the recent App Store outage, which Apple says has been fixed now. When we tried downloading the Prime Video app on an iPhone 7, we could not find it in the app store. However, a link through the Amazon app directed us to an App Store download link of the same, thereby allowing us to download the app. Very Strange! Netflix on the other hand is easily available on the app store, sans any confusion.

Coming to UI, Netflix obviously feels more familiar right now, but it also does not take much time getting comfortable with the Prime Video app. There are certain cool features in Prime Video that Netflix does not have. For instance, Prime Video shows users the IMDB rating of all titles, along with an X-ray view of the cast, trivia, etc during video playback. The app also notifies users when they are streaming through their mobile data plans as opposed to a Wi-Fi connection. A big miss in the Amazon Prime Video app is separate profiles for users. Netflix lets users set up custom profiles which separates their show preferences, watched durations and personal content lists from other users of the same account. Unfortunately, You won’t be able to do that on Amazon Prime Video. So if you are sharing your account with someone else, be prepared to rewind and replay.

That was a quick comparison between Netflix and the newly launched Amazon Prime Video. We will get you a detailed overview of the new app very soon. Keep it with Digit for all the updates from the video streaming space. Let us know what you thought of Amazon Prime Video in our comments section below.