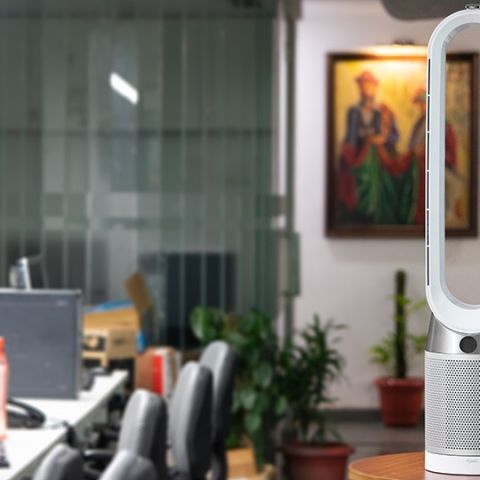 Dyson has launched its latest Pure Cool air purifier in India, which is priced at Rs 43,990. Same as the Pure Cool Link, there is also a Desk version of the Pure Cool air purifier, which is comparatively more portable and will cost you Rs 36,900. Right off the bat, you will notice some apparent features on the new air purifier that were missing on the previous one. There are some design changes as well, including a new slit on the bladeless loop in addition to the one on the front. How the new design affects the device's performance will be explored in our detailed review.

Build and design
While most air purifiers are bulky and take up a lot of space, the Pure Cool is a tall and slender device, measuring 3.45 ft tall. However, it is slightly heavier in comparison to the Pure Cool Link air purifier. Just like its predecessor, the base of the Pure Cool features a perforated mesh outer covering from where the air is sucked in and Inside are two filters that clean the air of harmful particles. The motor inside pushes the air above into the bladeless loop, where it is directed out of and uses something that the company calls ‘Air Multiplier technology’ for delivering enhanced airflow. 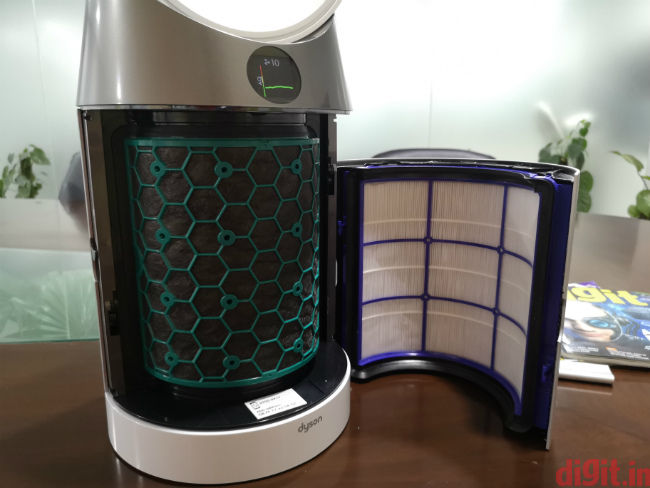 Overall, the design of the air purifier remains similar to the Pure Cool Link air purifier, except for some changes. First off, the base and the tower cannot be detached like its predecessor, which might make it comparatively complex to transport and susceptible to damage while in transit. Second, there is now a small display on the front of the air purifier, which displays real-time information on the state of indoor air quality. This is a much-welcomed addition as one can get a quick look at the PM2.5, PM10 and even the humidity levels, a feature that was missing on the Pure Cool Link. Also, now the filters snap around the base, which could be arduous for some to set up but we will reserve our verdict on these aspects of the device for our in-depth review.

App Setup
Linking the device with the app is just as easy as it was with the Pure Cool Link. However, the overall process is more streamlined, thanks to the display on the front. While pairing with the device, the tiny display lights up with instructions and notifies the user when the device is added or when there is a software update going on. Both the app and the display on the device show the overall air quality of the room where the device is placed, along with PM2.5, PM10 levels and more. We will find out how accurate these readings are and what other additional features the app has in-store in our review of the device.

Performance
We didn’t have a chance to put the Dyson Pure Cool through all of our air purification tests. So, currently, we can’t say how well it actually performs. However, it has been running in our office for a couple of days now and it’s certainly turning some heads and working as intended. The readings on the device’s display seem to be a fair indication of how the air quality in our room is and there is also the magnetic remote that attaches on top of the air purifier and comes with ‘almost’ every function that the app has. We will evaluate the air cleaning capabilities and other functionalities of the device in our in-depth review. 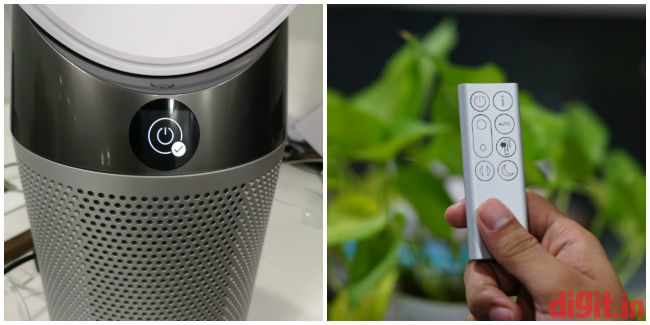 One aspect of Dyson air purifiers, which I personally like, is the air delivery method. The tower on the top expels air at a considerable rate when the device is being operated on level 5 speeds and above, making it feel more like a fan. This is certainly an added use case for the device, which many other air purifiers miss out on. However, seeing how the air is expelled at speeds comparable to a table fan (which some might not like), the company has also given an option of directing the airflow through a slit on the back of the device’s top loop. This is said to create a more diffused airflow and cleanse the air in a room without pushing air directly forwards the front, where you might be seated.

First Impressions:
The Dyson Pure Cool can definitely be considered an upgrade over the Pure Cool Link air purifier. The company has kept the ingenious design intact, thrown in a display on the device and added some new functionality as well. In no way does the Dyson Pure Cool look like a conventional air purifier but does it do the primary job of cleaning the air with the same zeal? We will find out in our review.