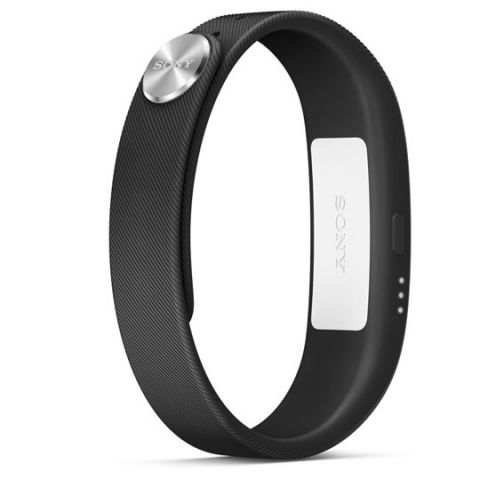 The Sony SmartBand is a really comfortable health band with a nice minimalistic design and form factor. For the price it offers a decent set of features and does its job of tracking your activity quite well. Since there aren't a lot of wearable devices in the market, we cant say if it is THE health/fitness band to buy, but we can tell you that it definitely provides the base for future wearable devices that would be offering better and more innovating functionality.

Wearable devices are the next big thing in tech and not only does the Indian market not have a variety of products, it lacks consumers as well. Some of the wearable devices in India, especially smart watches and smart bands, focus on health based features. Last year Sony did announce its SmartWatch and then later launched the SmartWatch 2, but sadly it didn’t market it well.

To make up for this, Sony launched its latest SmartBand SWR10 at Rs. 5,990 and even bundled it with the Sony Xperia Z2 smartphone for a limited period. Now the SmartBand is essentially a health and fitness tracker, which doubles up as a notification tool and media controller. Here is a closer look at the SmartBand SWR10.

The Sony SmartBand has two parts, the core and the band itself. Sony bundles two sizes of the band (small and large), which is a made out of rubber and has a simple clamp to lock the band on your wrist. The band is quite soft and comfortable and fits easily onto any wrist size. I have really thin wrists and honestly I never had any discomfort even after wearing the band all day and night. The clamp has a shiny metal finish with the Sony logo and it tightly secures the band in place. 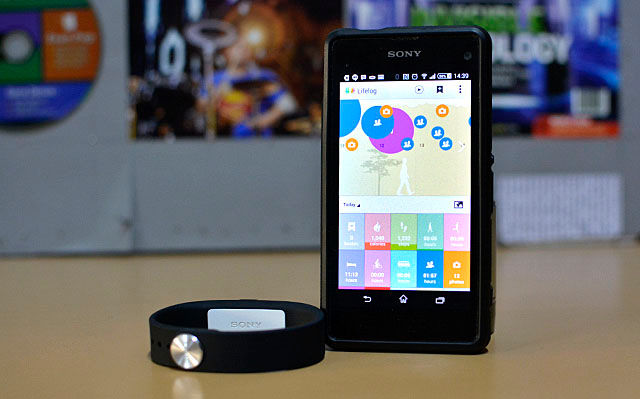 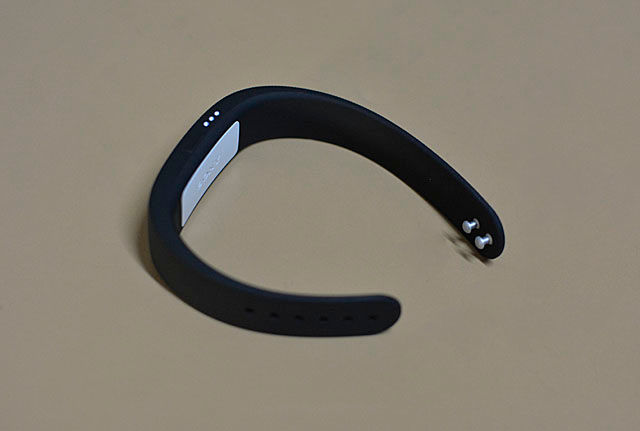 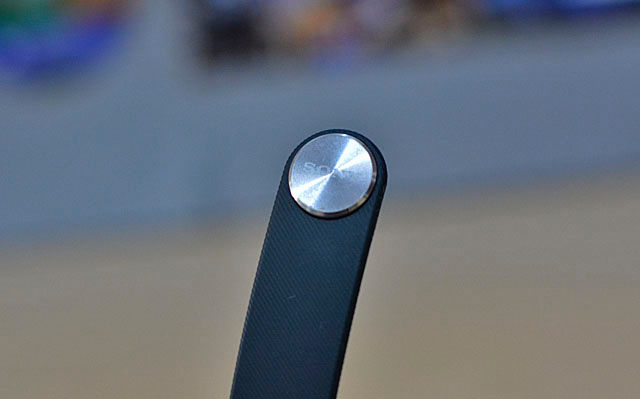 The core is where everything happens. It’s a tiny bean shaped chip, which carries all the sensors. It also has a micro-USB port for charging, a single button for operations and three LED indicators. The core is NFC and Bluetooth enabled so one can easily connect it to your smartphone. 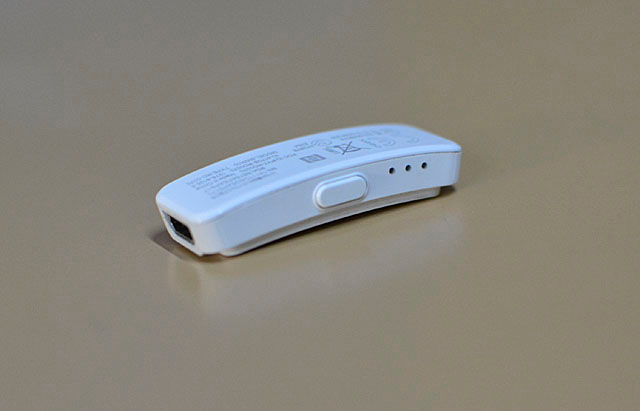 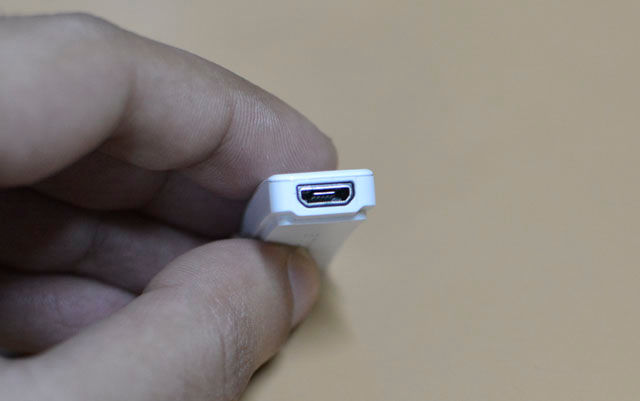 The SmartBand is IP58 water proof and for now the band is only available in black, but Sony has confirmed that new colors will be coming soon.

Sony has used a very minimalistic design approach to the SmartBand and it is actually nice as it makes it look discreet and doesn’t look like a flashy watch on your wrist. The SmartBand is very comfortable, and the materials used are of good quality. Impressed with what Sony is offering.

On its own, the band seems useless, as there is no display but once activated it keeps tracking your activity. The band needs to be connected to any Android 4.4 smartphone along with the Sony Smart Connect app and the Lifelog app. Once connected, the app guides you through the setting up of the band, which is fairly simple. 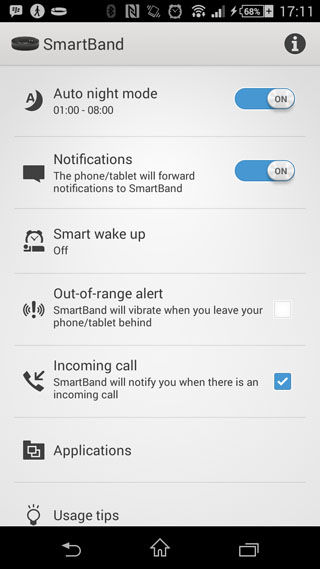 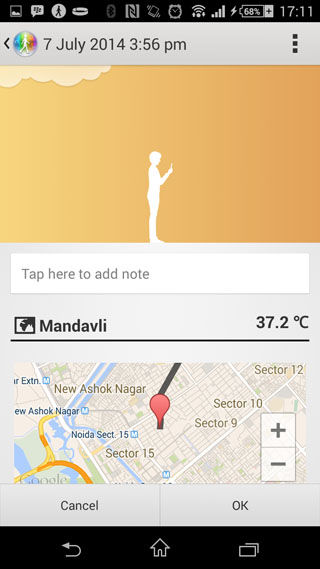 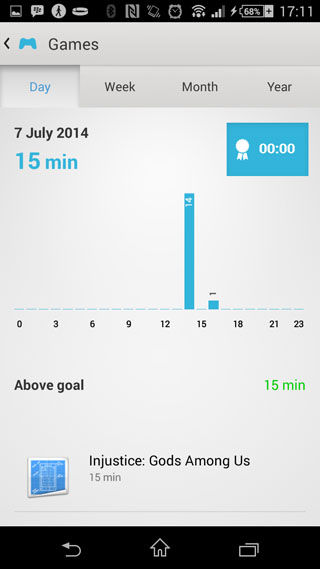 It has a day mode and also a night mode, which can be enabled automatically by either setting a time period in the Smart Connect app or by just long pressing the standalone button. The night mode enables the band to calculate your sleep patterns. If you are not in the night mode, your sleep cycles won’t be calculated. You can also configure the band to give you notifications from your smartphone by giving a vibration. This feature is configurable and you can set the apps you want the notifications from.

You can even set alerts for Smart wake up, which wakes you up if you doze off, and out of range alert, which tells you that you are not in range of your smartphone. You can also customize and control functions on your smartphone by adding Smart extensions to your smartphone. For instance, you can control your music player, shoot pictures, find your phone in case you lose it, all from the SmartBand. This feature is quite handy but takes some time to get used to.

All the data that the band calculates can be accessed via the Lifelog app. The app saves quite an extensive amount of data, which includes your calories burnt, step counter and the amount of time you spent on walking, running, cycling, sleeping, travelling, social media, photos, music, video, gaming, reading and browsing.

The SmartBand is responsible for providing data for physical activity and works quite well. You can get an overview of the amount of calories burnt, or the number of hours you slept. The app isn’t what you call perfect and you do get errors here and there. But since wearable devices are in their initial stages, we can’t be rash about these issues.

The best part is that you can use the band when you don’t want to take your smartphone. Suppose you want to go running, you can just wear the SmartBand, come back home and sync your data later with the app. The band is also waterproof, so no worries about sweat or even when you are in the shower.

There is also a quick bookmark option, where you just double press the button on the SmartBand and a bookmark is saved with your location, date and time and you can add some note to it. It’s handy when you need to note down something memorable

The battery on the core is claimed to last 5 days and it charges completely in just about an hour or so. On usage we found that you can get at least 3-4 days of full battery backup.

If you love to keep a check on your health and love to have an analysis of your daily routine, then the SmartBand is a great companion. It not only looks cool, but it gives you an overview of your whole day thanks to the Lifelog app. It keeps you engaged and keeps you aware of your daily activity. We did expect some more features out of it, like maybe a heart-rate monitor, but for the price it seems quite worth. If you fancy some other brands, try the Nike Fuel band which offers similar features.