Pebble Time (Round) Review: A simple and round 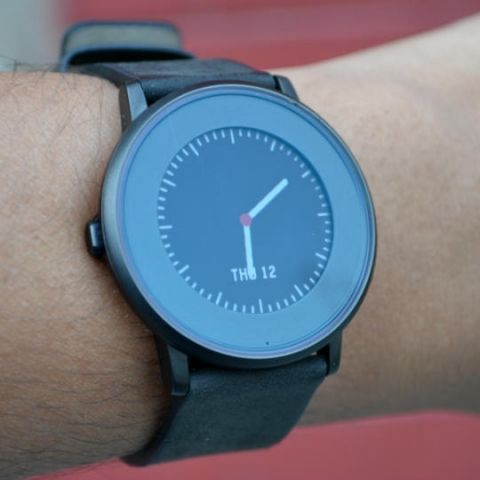 The Pebble Time Round is not for the fashion conscious. It is also not waterproof or resistant, but if you're looking for a simple smartwatch that does the job, and is really light, this is the one to consider.

Pebble has officially launched its product portfolio in India, with competitively priced smartwatches. The Pebble Classic is priced at Rs 5,999, Pebble Time for Rs 9,999, Pebble Time Round for Rs 13,599 and the Pebble Time Steel costs Rs 15,999. This puts Pebble's offerings pretty much at the same price as other smartwatches in the market.

We were fortunate enough to review the Pebble Time some time ago, and in our verdict we said, “The Pebble Time has a 5-day battery life, a clean and easy to navigate OS, and the always-on colour e-ink display is a treat. On the downside, the buttons feel old when compared to the wheel interface on the Samsung Gear S2. If battery life is a concern for you on a smartwatch then the Pebble Time trumps the Android, Tizen and Watch OS options out there. If it's style you're looking for and don’t mind compromising on battery life, then you are better off looking elsewhere.”

While that may have been true for the Pebble Time, the Pebble Time Round makes a better case for itself, at least from a looks point of view. Priced at Rs. 13,599, does it trump the competing Android wear devices? 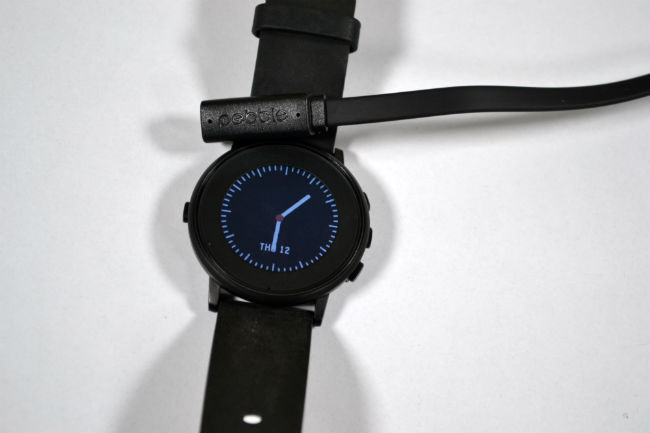 The Pebble Time Round has a simple, elegant design and just as the name suggests, it sports a round display. You have a 2.5D Gorilla Glass screen protecting the display and a Marine Grade Stainless Steel chassis and bezel. Straight off the bat, you will notice that the bezels are very think and quite unacceptable by today's smartwatch design standards. It really isn’t a major hindrance from a functionality perspective but as consumers we have been spoiled by so called bezel-less designs. The thick bezel also makes the display look small, which wasn’t the case with the Pebble Time.

The Pebble Time Round weighs 28 grams, making it extremely light to wear. There are times when you don’t even realise that the device is on your wrist. The fact that it's so light is one of the best features of the watch. No Android Wear smartwatch can match this at the moment. The Pebble Time Round is available in a bunch of colours, but it looks like two colour options will be available in India right now – Black and Silver. The straps can easily be removed in case you want to replace them. As long as they have the right size, you can get straps from any watch-maker.

It's not a touchscreen device, but has four physical buttons — three on the right and one on the left. The button on the left is the back button and on the right you have the navigation keys (up, down and action). Having used a touchscreen smartwatch, using the physical buttons can take some getting used to. The buttons are sturdy and well built, and require you to press hard, for them to respond. On the flipside, it means the buttons won't be pressed when you accidentally bump onto something.

The Pebble Time Round is very well built. It has a small footprint and feels light on the wrist. It isn’t as gorgeous as the LG Watch Urbane or the Moto 360 Second Gen. In fact, some may call it toy-like. However, I like it, because the build and design are functional, if not out and out attractive. 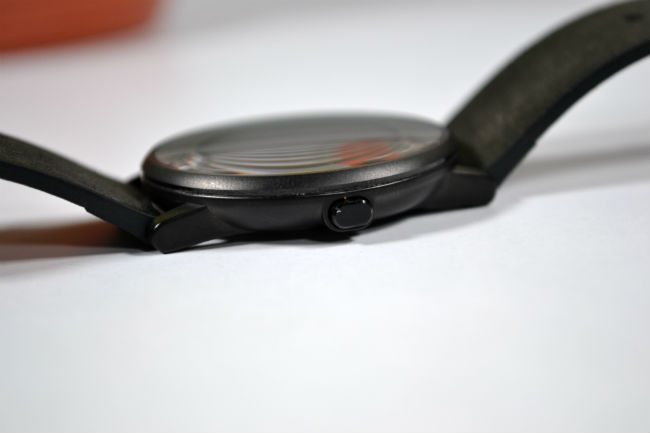 With the Pebble Time, I was able to squeeze more than 5-days worth of battery life. Unfortunately, the Round the can't last as long. At best, using the device conservatively, I got about two and a half day’s battery life, which is still better than most other smartwatches. This, while keeping the backlight on, brightness low, and timeout at 3 seconds. Increasing the brightness and time-out settings resulted in reduced battery life to about 30-35 hours. 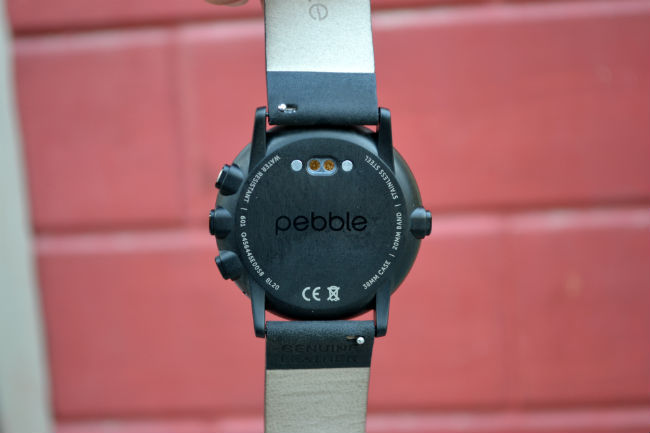 Compared to Android wear devices, this isn’t bad, especially if you consider how slim the Pebble Time Round is. Another interesting feature of the watch is that when it reaches a critical battery level, it shuts off all smart features and works as a traditional digital watch for a few hours before powering off. For the uninitiated, the Apple Watch can do the same.

It's also worth noting that the more animated, or complex, your watch face is, the lesser battery life you'll draw from this watch. I have a simple clock, with no ticking second hand, and the battery life I get is detailed above.

Just like its competition, the Pebble Time Round has a two-day battery life, but brings with it a significantly smaller form factor. It's light, comfortable to wear and while you may not call this attractive, not all gems are. I, for one, couldn’t justify the purchase of a smartwatch, primarily because of the battery life. But lately, my opinion about them has changed, thanks to the two Pebble watches I've used. Checking notifications on the watch without touching your phone can become a habit easily. You don't want to go back once you've used this.

The apps and some of the games available on the watch are addictive as well, and a lot of fun. The Pebble Store is filled with apps, so that you'll have to dig to find the good ones. If you are looking for fashion over function, you are better off looking elsewhere. But, if a simple timepiece with notifications and a few smart functions catches your fancy, then the Pebble Time Round is the one to consider. After all, it is very competitively priced. 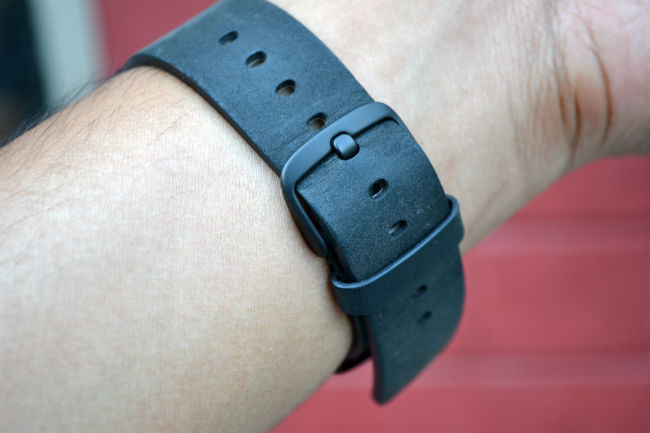