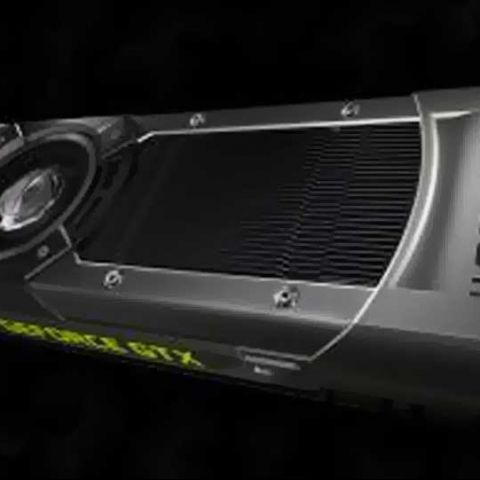 The fastest stock graphics card gets pitted against its close competitors and comes up ahead of the competition rightly so. While a stock cooler may not do much justice, the card still makes for a good buy if you want the fastest card available currently.

Nvidia’s Titan was the best once but it was pretty expensive and still is, so when Nvidia came out with the GTX 780, which offered better value for money, it was no surprise that it was well received. But with the launch of the R9 series from AMD, Nvidia sensed the urge to up the ante with an even better performer and it has wasted no time in introducing the GTX 780 Ti which has outdone the entire competition. Now we sit waiting for the overclocked aftermarket versions (AMP/OC/TOP/X) which are guaranteed to go a little further.

As with all stock cards in the high-end segment, even the GTX 780 Ti features the silvery unibody design which has a single fan pushing air over a thick heatsink with plenty of fins. The fans on these cards are quite heavy and are thus stable when running at high RPM. The cooling achieved isn’t that big a deal since temperatures did stay within the high 70s (Celsius) for most periods under load.

Gaming benchmarks see the 780 Ti churning out about 10-20 FPS higher than the Titan in Hitman Absolution and Bioshock Infinite but synthetic benchmarks put them apart by roughly 700 points in 3DMark which is huge and, at the same time, expected. All this makes this card the best performing card currently available under stock settings, although overclocked ones will always perform better. A factory overclocked GTX 780 runs as well as the 780 Ti so opting for such a card might save you a few bucks. 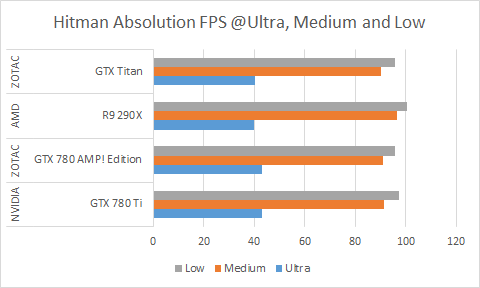 OpenCL benchmarks show that the 780 Ti doesn’t offer a significant improvement in performance and is nowhere close to what the competition is capable of doing. However, this only concerns a minority of the graphics card users and is of little importance in the segment. 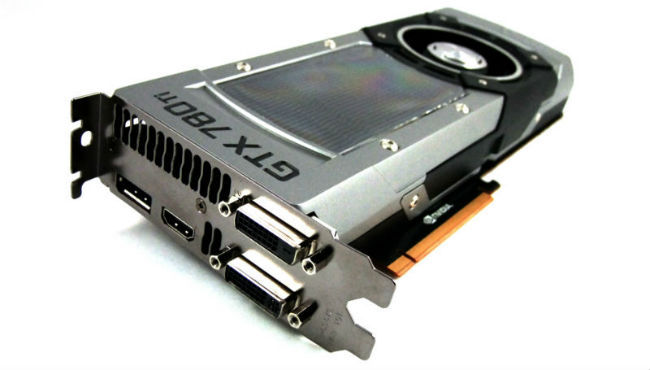 The 780 Ti comes with a stock cooler and thus the temperatures are moderately high while under load. Under idle conditions there is no noticeable difference as such. The cards which have an aftermarket cooler like the AMP! edition cards end up being cooler. Compared to the GTX Titan, the greater clock speed and the greater number of active cores do increase the temperature by a slight margin under load conditions. 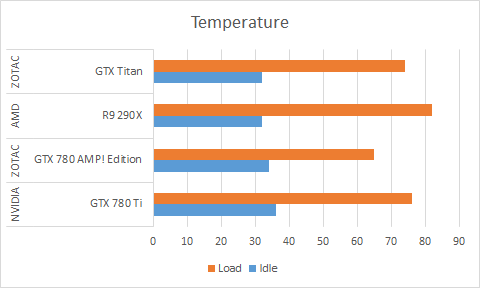 It is quite evident that the GTX 780 Ti is the fastest card of them all but with not such a great margin over the GTX 780 AMP! edition from ZOTAC. However, these scores will soon be obliterated when a custom or factory overclocked edition of the GTX 780 Ti shows up.