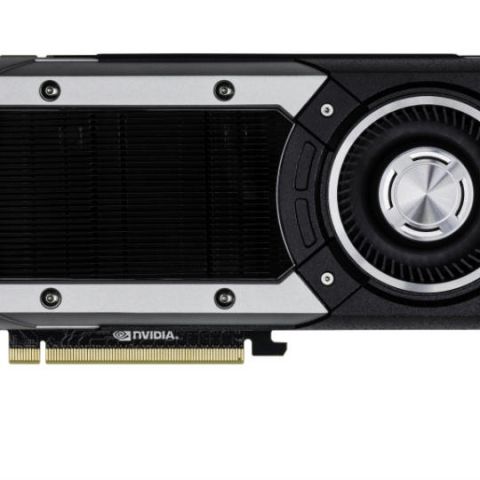 With news of AMD’s latest GPU offerings nearing launch, NVIDIA was quick to slip the GeForce GTX 980 Ti past the finish line. A worthy addition to the Maxwell family, the GTX 980 Ti sits comfortably between the GTX TITAN X on one side and the GTX 980 on the other. Priced at Rs. 54,000, the GTX 980 Ti seems to be a lot more expensive than the 980 and a lot cheaper than the TITAN X which launched with a price tag of Rs. 85,099.

What’s new?
This behemoth is based on the GM200 GPU, the same that powers the TITAN X with a few sections of the die being lasered out. So instead of 24 Maxwell Streaming Multiprocessors, the 980 Ti gets 22 which is still way greater than the 16 SMMs that the GTX 980 gets to play with. So compared to the TITAN X, it loses out on a few TMUs and CUDA cores while retaining the same amount of ROPs. Also, another benefit that the 980 Ti has since it’s made using GM200 is that it gets the same amount of memory bandwidth, a full 384-bit wide bus. The GTX 980 Ti has access to 6 GB of VRAM which is clocked at 1753 MHz. We’ve seen board-partners come up with SKUs that crank this up all the way to 1805 MHz to squeeze a lot more performance from these cards. NVIDIA did not do anything else to the GM200 other than knocking down the two SMMs, so the 980 Ti is similar to the TITAN X across a lot of parameters. So you might as well expect performance numbers to drop by a small margin but whether the price difference would be worth this meagre drop is the actual question.

Build
There isn’t much to say about the GTX 980 Ti in terms of build when looking at a stock card. For starters, it needs a little more power so there’s one 8-pin socket clubbed with a 6-pin PCIe power socket. This arrangement is the same as the GTX TITAN X and the GTX 980 has two 6-pin power connectors. The TDP of the GTX 980 Ti is 250W and it retains the same build as the TITAN X, so at peak load the card should generate a little less heat than the GTX TITAN X. One change that was seen with the TITAN X props up again and that’s the missing backplate. It was a nice addition to the GTX 980 but we can see why a reference card might want to do away with all the fancy additions.

Performance
This time around we couldn’t manage to snag a 4K monitor in time for the review so all benchmarks were run at Full HD and 2K resolutions and then were repeated after a round of overclocking on air. Needless to say, being a reference card that gets sent out to reviewers, this one was a wonderful overclocker. We managed to take it all the way up to 1239 MHz which is quite an impressive feat given that some board-partners charge a hefty premium for doing the same and slapping on a better cooler. The overclock remained stable even at 2K resolution though we wonder if it would stand its ground at 4K since we’d already started seeing temperatures of 87 degrees celsius at peak loads. It is quite likely that we might have to crank it down quite a bit to avoid triggering the card’s thermal throttling mechanism.

The card managed to churn out 140 FPS at 2K resolution in Bioshock Infinite and post overclock this rose to 160 which is a 14% improvement. The same can be said for OpenCL benchmarks which indicated similar levels of improvement. AMD’s R9 290X is the fastest single-GPU card from the competition that we’ve tested and the GTX 980 Ti simply blows it out of the water. The R9 295X2, however, continues to maintain its lead but it’s a dual-GPU card and a lot more expensive than the GTX 980 Ti.

It’s quite evident from the numbers that the 980 Ti’s performance is remarkably close to that of the TITAN X and that brings to mind the question we’d posed earlier, about the 980 Ti and TITAN X in terms of performance. We’d say that it makes little sense to go in for a GTX TITAN X given the extra Rs. 20,000 doesn’t translate well in terms of performance. Rather, you might want to spend a lot less and get a slightly overclocked GTX 980 Ti from any of the board partners.