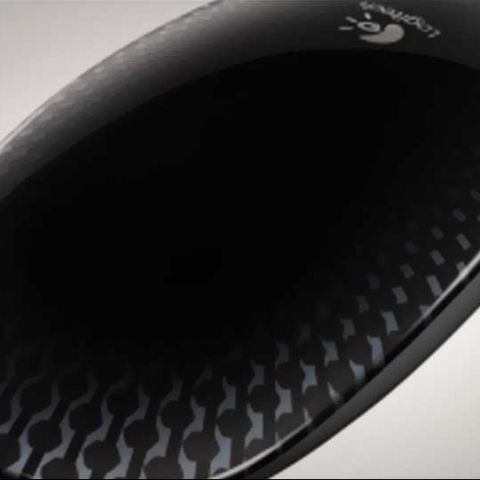 The only issue with the M600 is the price. For about Rs. 500 less, you get the Microsoft Arc Touch mouse, and the M600 doesnï¿½t really offer anything extra over that one. While we like the M600's overall package and performance, we believe the pricing is completely wrong. Just under Rs. 3000, and it would have hit the sweet spot in terms of price and functionality.

Quite simply, the M600 tries to integrate two devices into one – the traditional clicky mouse and the touchpad. This has been done before, hence nothing revolutionary. But, the package seems impressive.

Look & Feel
One look, and it doesn’t look much different than literally any other similar devices out there. Inspect closely, and you realize the difference. Look ma, no buttons! But before you shout that out, stop. Look again!

Yes, the box says that it is a Touch Mouse, but that is only up to a certain extent. There is the up / down scrolling as well as sideways scrolling using two fingers. However, the right and left click is still clickable keys, albeit very nicely disguised in the design. Speaking of which, the M600 looks very good, despite having a traditional design. The black finish on top bit mixes well with the grey wave imprint design. The finish is a little too glossy for my liking, but will work as long as you don’t really scratch it. On the sides is the light grey finish, while the base gets the matte black goodness. This is where the 2 AA batteries go in, and there is the on / off slider.

Feels well put together, with a nice combination of shine and understated bits. However, for someone with big hands, this may be a little too small, and the wrist will drag around more on the table surface than usual.

Features & Performance
The best part about setting up the M600 is that it literally needs no setup at all! Slot in the AA batteries, plug in the receiver, flip the switch to on, and you are good to go. The drivers take about a minute to install, automatically. No need to install any software to make it work, and yes, all multi-touch gestures that the M600 is capable of will work. If you want, you still can get the Logitech drivers and make tweaks to the precision settings.

There is the up / down scrolling using two fingers, but you don’t get sideways scrolling, which is a surprise. For what it is worth, the gesture response is precise and instant. Can say that with confidence since I have had enough experience with multi-touch gestures on possibly the best hardware – the Apple Macbook range! What you get for sideways gestures is the ability to move forwards and backwards between web pages, image gallery and within the Windows browser.

The right click and left click mechanism still depends on hardware keys, which kind of confuses the purpose of the device. And is quite an annoyance since you need to make mental notes of when to use the touch gestures and when to suddenly shift to using a traditional mouse.

Having said that, it is safe to say that Logitech has gotten the touch gesture and response bit absolutely right. The experience is smooth to the core, and during the time we used it, didn’t find any inconsistency whatsoever.

Our Take
The only issue with the M600 is the price. For about Rs. 500 less, you get the Microsoft Arc Touch mouse, and the M600 doesn’t really offer anything extra over that one. While we like the M600’s overall package and performance, we believe the pricing is completely wrong. Just under Rs. 3000, and it would have hit the sweet spot in terms of price and functionality.