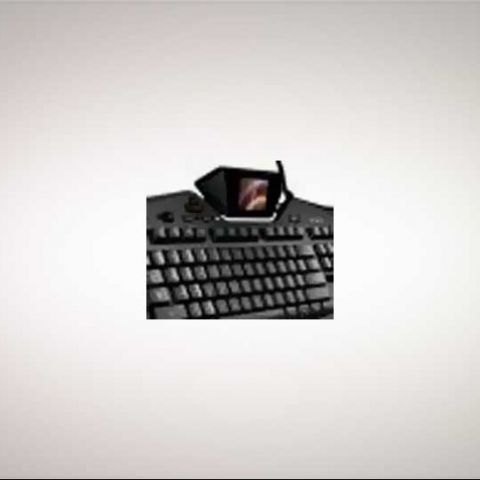 The G19 is a costly keyboard that relies on software installed on your system for most of its magic. With the drivers installed, and on operating systems for which the driver is not available its special features don't function at all. The display is underutilized, especially by the very games it is meant to support.

The Logitech G19 is a unique keyboard in some ways, for one it has a colour LCD screen built right into it, and is the only keyboard we know of that includes its own adapter for extra power! It is the highest-end gaming keyboard available from Logitech, and for the most part is a Logitech G510 with a colour display instead of a monochrome one. Oh and it costs around Rs. 10,995. 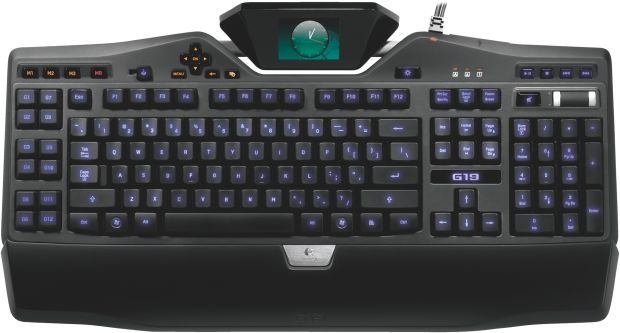 The keyboard looks and feels great, it's not one of those annoying compact layout keyboards that mush together keys to save space. The build quality is quite good as well, though we noticed that the back-lighting is not aligned on some keys, the "Tab" and "Caps Lock" keys particularly. They don’t appear fully illuminated unless viewed directly from above â€’ an unlikely scenario. While this is a minor blemish, it is not expected of a keyboard that costs as much as this.

This keyboard is rather large, with perhaps more than the standard spacing between keys, and an extra two columns of macro keys (or "G-keys") available that can be programmed to perform any function.

The 12 macro keys â€’ labelled G1 to G12 â€’ can be programmed to perform three different functions under three different modes. In essence you have 36 combinations possible. The mode keys appear at the top-left of the keyboard, and each mode can be assigned a different back-lighting color so you can tell at once which mode is active. The back-light supports virtually any colour.

One of the best features of the macro keys is that they can be assigned a function straight from the keyboard itself as long as the software is installed and running. Using the macro record key, you can assign a key-combination, or even a series of keys to any G-key even while in the middle of a game. You can quickly capture new combo moves with the feature without leaving the game.

Like other G-Series keyboards the G19 features a lock to turn off the Windows key while you are gaming, so accidentally pressing it while gaming is a preventable disaster. It would be great if the activation of a gaming profile could automatically trigger this switch, but such a thing is not supported, since this is a hardware toggle. The G19 also has a set of multimedia keys for controlling volume and media playback. For volume control the drum is particularly useful for quickly changing the volume in a natural manner. 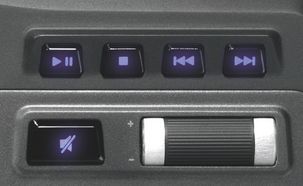 The Logitech software itself is a little disorganized. As the owner of a Logitech gaming mouse, I now have about four different applications installed for managing the two devices.  The recently released "Logitech Gaming Software 7.0"  is a huge step up from the earlier version that we did most of the testing with. The new software has a unified interface to manage all you keyboards features, while the older one has two different applications for the same.

You can configure which applets to run on the device; a number of them come installed with the device software, including a clock, a picture viewer, a media player, a performance monitor, etc. Also included is a YouTube player that lets you browse YouTube and play videos on the device without interacting with your computer. Beware that each applet you enable on the LCD display consumes resources on your own computer as well!

Third party applications can also display data on the display, for example Media Player Classic shows information of currently playing media. The display is also supports Windows SlideShow, a Windows feature that supports displaying widgets on secondary displays. You can download Windows SlideShow widgets from the Microsoft website and display them on the device.

Here comes the important part, applications need to support the keyboard to display data on it. The Logitech software does not latch into a game to show it on the screen, instead, the game or any other application will need to include code that supports displaying data on this keyboard. For this purpose there is an SDK Logitech has made available, although you need to be a developer to use it. There are an increasing number of third-party plugins for media player etc that can use the display.

We were disappointed by how games used the display, considering that is the primary purpose of this gaming keyboard, The games we tried didn't use the colour display to the fullest. While playing Dragon Age: Origins, the only data displayed are the character stats, Civilization IV displays the event log â€’ not very useful. Since the games need to support the keyboard, there is little hope for better utilization of the display in older games and most of these games seem to be designed to send data to the older monochrome character display LCD, so the extra money on the colour display is wasted.

The mechanism for defining key bindings and macros for the G-keys is especially well done. The software downloads profiles for a number of games (nearly 200), and can be configured to automatically select the profile when the game is launched â€’ if you provide the game's location. With a game profile loaded, you can directly assign in-game actions to your keys, instead of the actual key combination! So instead of setting the G6 key to "c" for crouching in your game you can set it directly to something like "Crouch" or "Next Weapon". The assigning of commands etc is all done using a simple drag-drop interface.

The biggest flaws of this keyboard, is that it is almost "brainless". Upon learning that this keyboard itself is powered by Linux, we were excited by the possibilities it might offer. Unfortunately, the keyboard itself â€’ even when connected to power â€’ refuses to go anywhere beyond displaying the Logitech logo unless the drivers are installed on the system. In this case the macro keys don't work, and the back-light is fixed to white. The media keys and the Windows-key toggle should work though.

It is rather annoying that Logitech leeches on the effort of Linux developers by using it to power this keyboard's display feature, while not even contributing drivers for their devices to the Linux community. There are community-created drivers available â€’ and I must say they offer better features than Logitech's own Windows software â€’ however they are not very stable yet.

The keyboard is great if you can really afford spending this much on it, and find the LCD useful for running small applet, however if you are expecting support for your favorite games, check first. The problem is, displays on keyboards are not standard issue, and most game developers will probably not find it worth coding substantial extra features just to appease the minority of audience that bought this specific keyboard. As a result it is unlikely that it will ever be supported by a majority of games. Quite a few major titles support it, however not enough for the hardcore game player the keyboard is targeting.

If you find the extra display useful, you might consider actually purchasing an additional 15" / 17" LCD display and the cheaper Logitech G110, which will set you back by approximately the same amount, and will give you nearly the same features plus an additional audio jack in the keyboard.

Overall the G19 is nothing to save up for, if you can already afford it easily, go for it, but don't expect it to enhance your gaming experience significantly. With a little more brains in the keyboard, and a little more functionality out-of-the-box, this would be a killer keyboard. As it stands most features of the keyboard are underutilized.