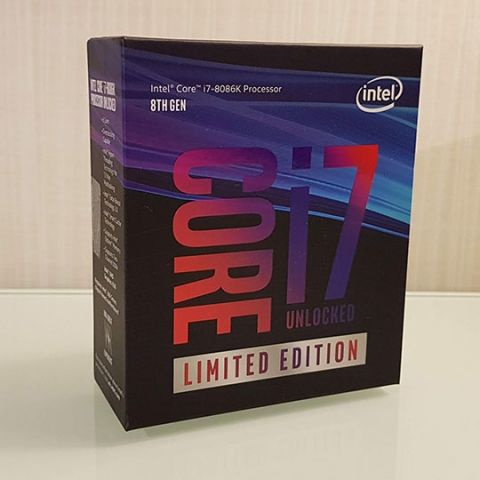 The Intel Core i7-8086K is a nice way for Intel to mark the occasion of the 40th anniversary of their x86 generation. Being a better-binned chip, the Intel Core i7-8086K is like one of those golden batch CPUs that overclockers die to get their hands on. What would have helped the 8086K is if the TDP had been bumped a tad higher and if all the per-core turbo frequencies were also changed even by 100 MHz. That way, the average performance gain over the 8700K would have been more noticeable than what it currently is. The 9th Gen CPUs are supposedly right around the corner, and as per some of the early leaks, you're going to see 8-Core/16-Thread CPUs for the same price as the 8086K. So the 8086K is basically a ticket to enter an exclusive club given the limited run of the CPUs. All said and done, the AMD Ryzen 7 2700X is still the better CPU right now.

In honour of the 40th Anniversary of the Intel x86 architecture, Intel at COMPUTEX 2018, announced the limited edition Intel Core i7-8086K which is going to have a run of 50,000 units. It’s rated to hit 5.0 GHz on Turbo with a base clock of 4.0 GHz. It’s very much similar to the Intel Core i7-8700K that we’ve reviewed, in essence, that it’s a 6-core/12-thread CPU with the exact same L2 and L3 cache sizes and even the per-core Turbo frequencies. Intel no longer releases per-core Turbo frequencies so we got these numbers from other sources. Simply put, the 8086K is a better binned 8700K. 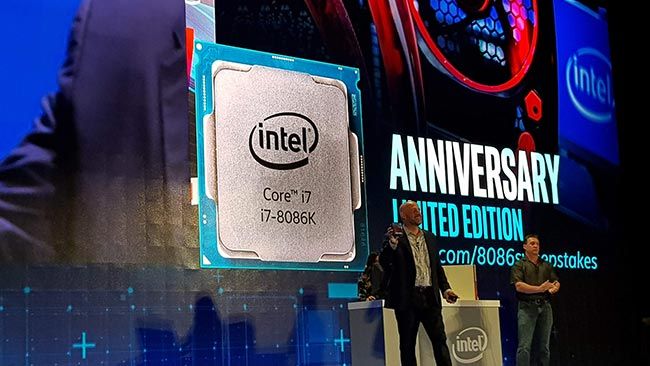 It’s the best that Coffee Lake-S has to offer until the launch of the 9th Gen Coffee Lake-S processors which are allegedly right around the corner. For being the best 6-core/12-thread that you can buy from Intel’s stables, this tiny monster will set you back by $425 or Rs.35,300. So does the better-binned CPU score in the benchmarks? We’ll soon see but first, let’s take a look at the specifications.

Being a limited edition SKU, the 8086K is being marketed for its emotional value rather than for being a workhorse. It’s better than an 8700K, so you’re getting a really good performer as well but most folks are going to be getting it for the numbers 8086 that are emblazoned on it.

Specification wise, the Intel Core i7-8086K is a better processor. The default multiplier being set at x40 gives it a 300 MHz gain over the Intel Core i7-8700K. The same is said for the Turbo clock. However, the per-core frequencies are what matter the most since the CPU load is more like a bell curve with most of the loads running on 2-5 cores. There are few tasks which will cause the CPU to switch to all 6-core or just one core. So are you getting the benefit of the increased clocks speeds? We’ll let the benchmarks reveal that.

In some of the more intensive multi-threaded benchmarks such as Blender, the 8086K is neck and neck with the 8700K. In some runs, the 8700K performed better. In POV-Ray as well, the two were producing the same numbers. 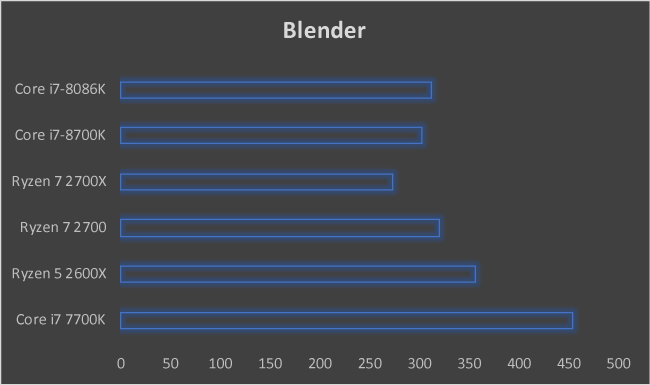 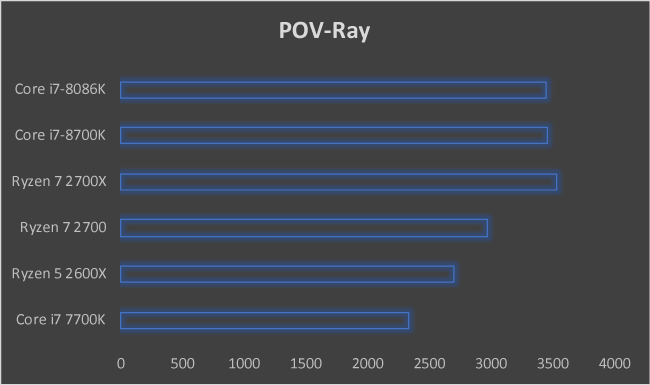 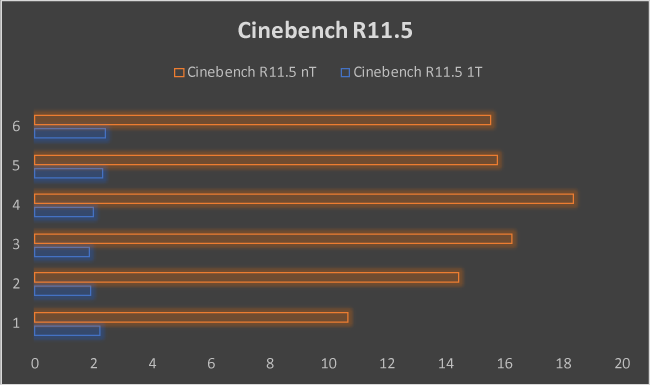 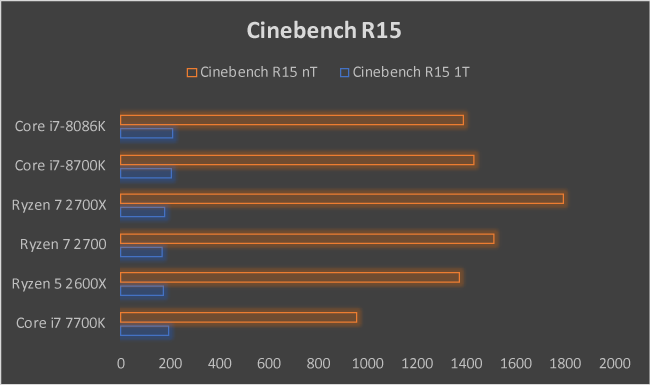 In WinRAR and 7-Zip’s compression benchmarks, the two CPUs were neck and neck as well. WinRAR benchmark also managed to drag the 8086K a step behind the 8700K. Note that it is an inverse metric, so less is better graph. 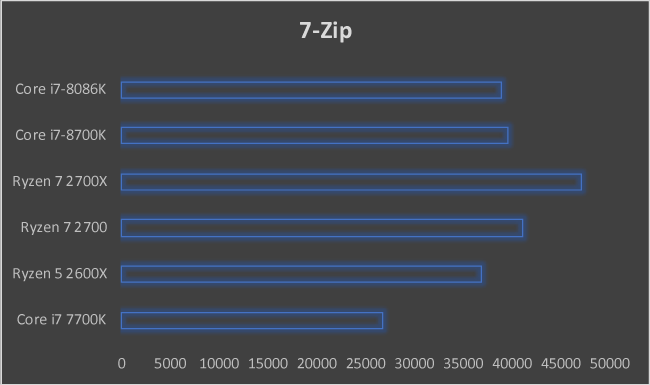 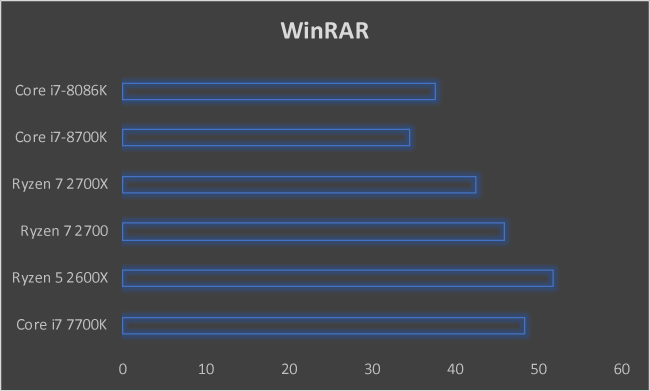 PCMark8 and PCMark10, the more comprehensive industry standards sided with the 8086K over the 8700K. So in a more real-world scenario, we’re bound to see similar performance characteristics. 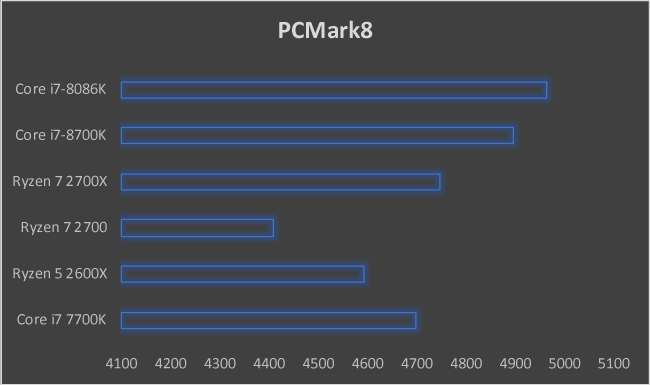 In gaming, there was no difference between the two CPUs. They are exactly the same across all the games in our library from Rise of the Tomb Raider, GTA V, DOOM and the rest. 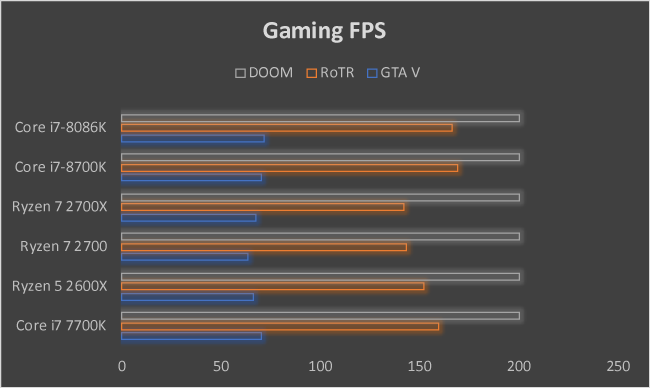 Essentially, the performance gains from the Intel Core i7-8086K are minimal if you already have the Intel Core i7-8700K. It lags behind the 8700K in some of the benchmarks which was a bit weird and it provides no gains with gaming. You are essentially paying money for a better binned CPU and this comes into play in a few scenarios.

The Intel Core i7-8086K has the same TDP as the Core i7-8700K and they’re both unlocked CPUs. With the 8086K already hitting 5.0 GHz, the headroom is much lower and thus you can’t push the CPU more than the 8700K. The sheer fact that the 8086K is better binned puts the 8086K in a better position but being locked to a 95W TDP is the pain point. It should also be noted that with the 9th Gen launch so close, making the 8086K into a better CPU than the upcoming 9th Gen wouldn’t play out well. However, a little extra headroom, say 100 W TDP, would have made the Intel Core i7-8086K a much better overclocking candidate.

We started overclocking the CPU on air. Pushing the 8086K to 5.1 GHz took no effort but getting it to hit 5.2 GHz was quite the ordeal. The temperature shot right up into the mid-80s and the CPU would frequently throttle during our benchmarks leading to reduced scores. We had to switch to an AIO and keep the radiator right in way of the air-conditioner’s outlet to get to 5.2 GHz. We’re still struggling with getting some of the benchmarks to run without any throttling. Probably delidding the CPU will help, so more on that later.

Should you buy one?

The Intel Core i7-8086K is a nice way for Intel to mark the occasion of the 40th anniversary of their x86 generation. Being a better-binned chip, the Intel Core i7-8086K is like one of those golden batch CPUs that overclockers die to get their hands on. The current record for Cinebench R15 on 6 cores is held by the Core i7-8086K which went all the way to 6974 MHz. Of the top 10 rankings in the 6-core division, there are just two 8086K’s right now. So folks are making do with the 8700K just fine. 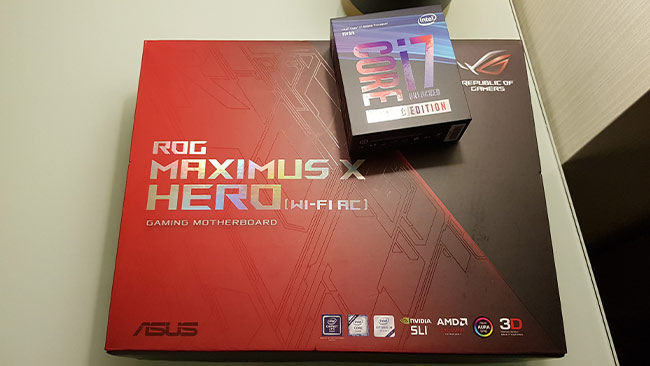 What would have helped the 8086K is if the TDP had been bumped a tad higher and if all the per-core turbo frequencies were also changed even by 100 MHz. That way, the average performance gain over the 8700K would have been more noticeable than what it currently is. So if you aren’t interested in the performance gain or if you wouldn't prefer to wait for the 9th Gen CPUs which are supposedly right around the corner, then you’d want to get the Intel Core i7-8086K because it is a limited edition SKU. Or because you happen to be an overclocking enthusiast. 20 years down the line, you could have the 8086K in an airtight glass case to show your grandkids and they’d just roll their eyes before going back to their PCs powered by 80-core/160-thread megalodons.