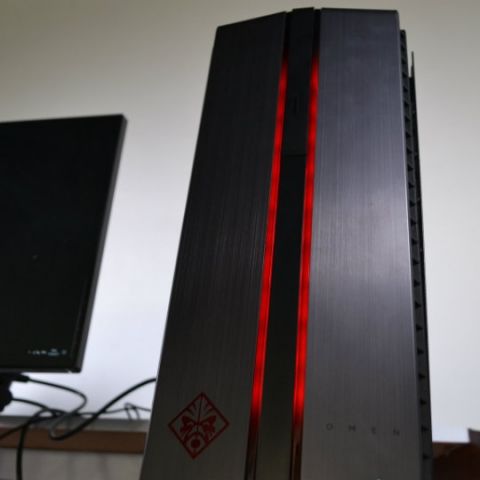 The HP Omen desktop is not the best when it comes to performance or looks, but it is not a bad machine either. It offers reputable 1080p gaming performance, a 3 year warranty and most of the hardware is user upgradable.

Earlier this year HP announced its new range of gaming hardware under its Omen sub-brand. The company also showcased accessories - a monitor and the HP Omen desktop. I was there at the event and if you go through my first impressions, you would know that I was a little sceptical about the higher price tag of the Omen desktop. In the months since, neither the price tag or my thoughts about the machine have changed. That being said, price has never been a limiting factor in the gaming world. What PC gamers are interested in is the performance figures and whether it can run our favourite gaming titles, because at the end of the day, that’s what matters. To start with, the specifications look promising, still there are a bunch of questions which I think need to be answered. 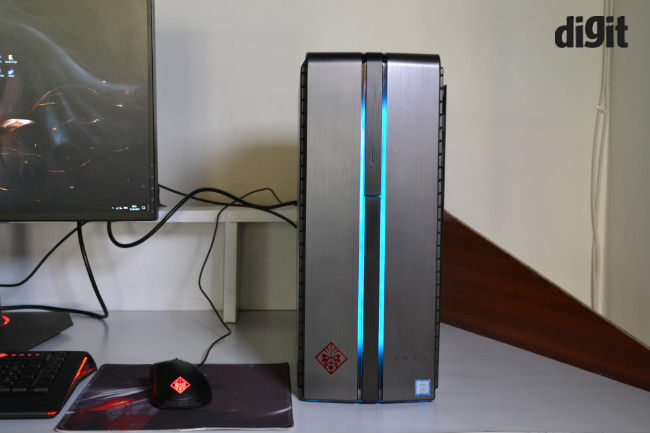 Design and Build: Classy
The first thing that came to my mind when I saw the machine was whether this is a serious gaming machine or just another HP workstation with gaming specs and RGB lighting. I mean, the usual red and black gaming livery is missing and there are no angular sides. It even misses out on an outrageously edgy design. Still, the HP Omen desktop looks cool in its own understated way. It is a tad bit smaller than a normal mid-tower case and is comparably similar to the NZXT S340 case in size. The front panel has a brushed aluminum finish, which boasts embedded RGB inlays. The sides of the front panel also has RGB lighting under the low profile gill shaped design. The case has all its I/O port in a recessed area at the top, which reminds me of the Cooler Master Centurion 690 II case I used to have back in the day. Similarities aside, this is a good looking mid-tower. 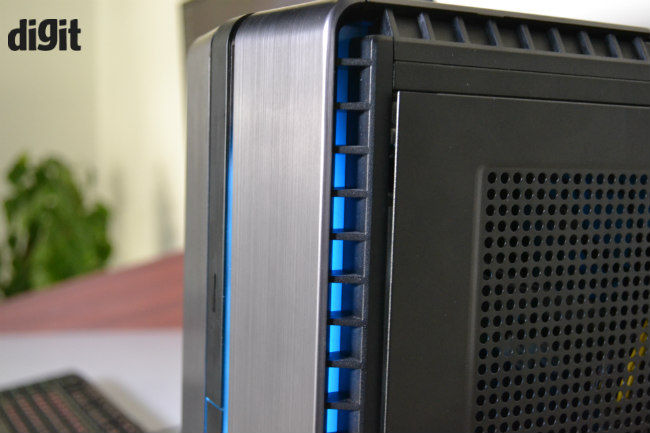 Moving to the side panel, I feel that HP should have gone with a clear side window, just to make the whole case look cooler. To put things into perspective, my three year old ‘underpowered’ PC tower looks way more interesting from the side profile. Taking a peek inside the HP Omen, I am happy the company didn't do that. The reason behind this is that HP is using custom built parts for this desktop, instead of sourcing them from various third party vendors. For example, the 3GB variant of the NVIDIA GeForce GTX 1060 packs some serious performance, but doesn't look as good as the regular card. You can see this in the image below. 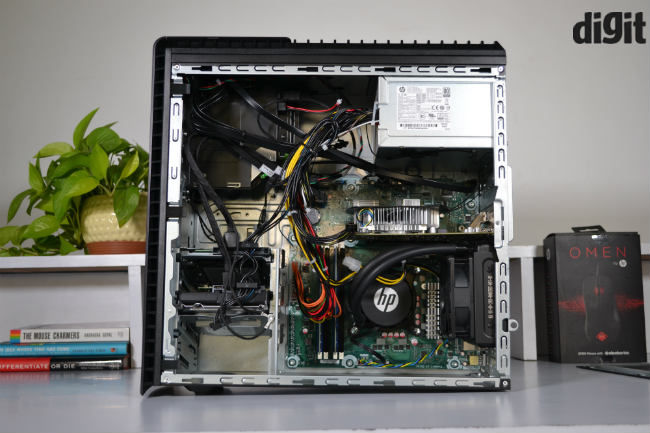 HP Omen with side panel off 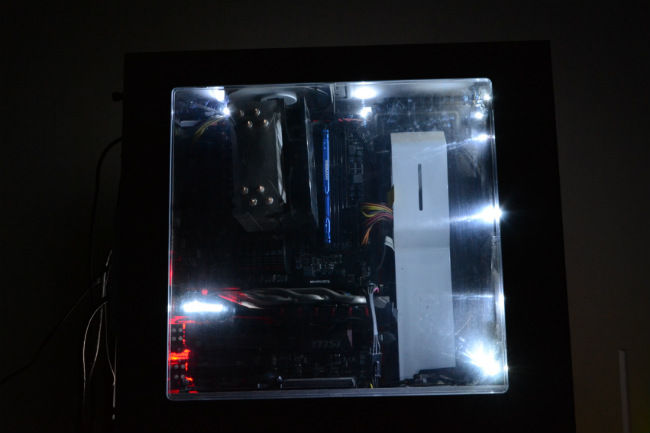 Moreover, HP also misses on the ongoing trend to make the desktop smaller, or if you’d like, console like. Compared to the Asus ROG G20CB which I reviewed late last year, this feels rather dull and almost twice as big.

On the front or rather the top, it has two USB 2.0 ports, two USB 3.0 ports one of which supports faster charging. Then, there is a microphone/headphone jack combo and an SD card slot. 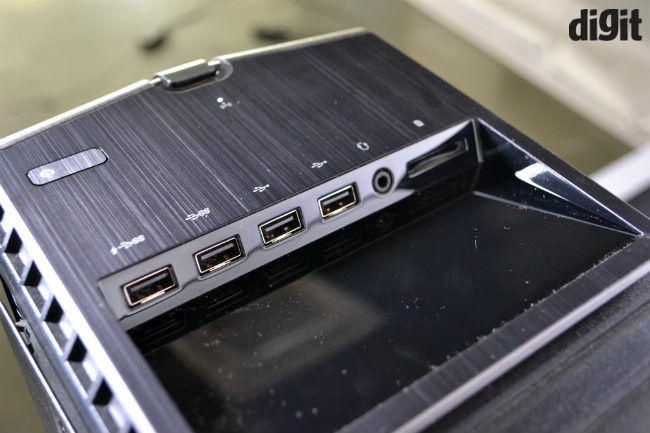 On the rear, you have the standard line-in, line-out, two USB 3.0 ports, four USB 2.0 ports and an ethernet jack. I would say that a machine this big and powerful should have had 4 USB 3.0 ports in addition to a USB 3.1 Type-C port, but going with a pre-configured desktop is always about compromises. However, entire rear I/O resides in the bottom half, which reduces the cable clutter behind yiur desk. 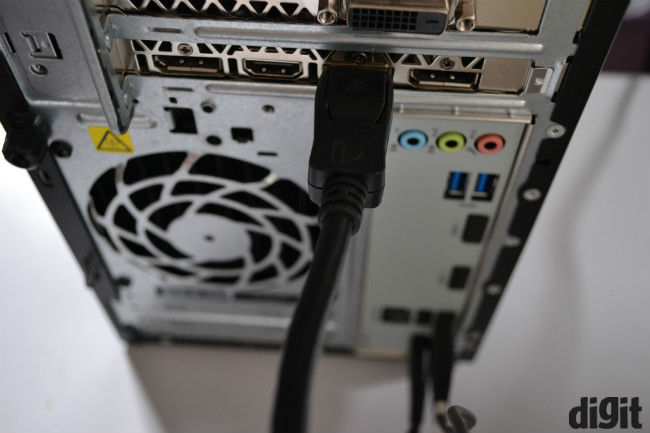 Performance: Good for 1080p gaming and then some
The HP Omen Desktop brings a very powerful Intel Core i7-7700K to the table, which in this particular case is water-cooled by an unknown single 120M radiator. This means, gamers can overclock their chips right out of the box, without even calculating the load and heat dissipation ratios. Although, if you are doing this I would still ask you to do it with caution. The Z170 motherboard HP used on this machine is a standard microATX laid inverted to bring the I/O at the bottom and leaving the 420W power supply at the top.

You get 16GB DDR4 RAM in the machine. I reckon the motherboard would support upto 64GB RAM. The heart of this gaming PC is the NVIDIA GeForce GTX 1060 GPU, which in its stripped out (stock) 3GB version looks pedestrian, but hey it performs well. Moreover, looking at the chassis, it seems you can upgrade to a better GPU later down the line, if required. 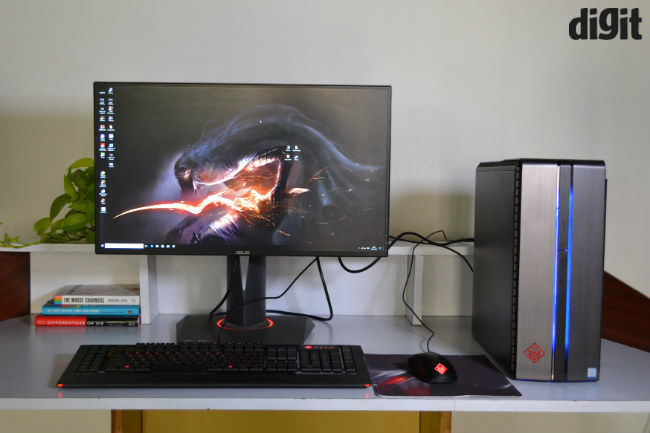 I hooked this whole setup with our resident 2K display from Asus and the PC gobbled almost every game I threw at it with ease. I did observe some demanding games dipping below 60 fps when playing in 2K, but turn the resolution down to 1080p and you will have a grin on your face. Here is how the HP Omen desktop performed during our gaming sessions. 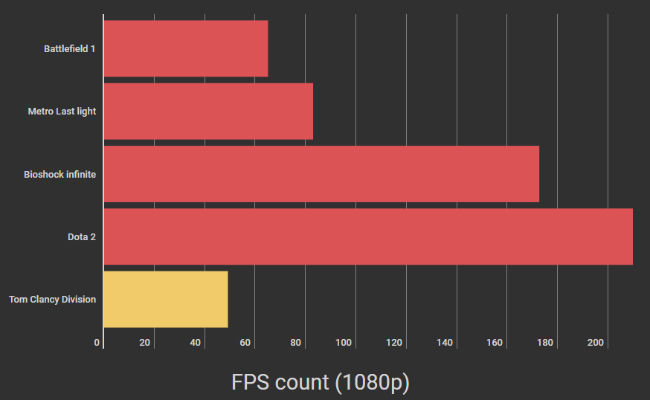 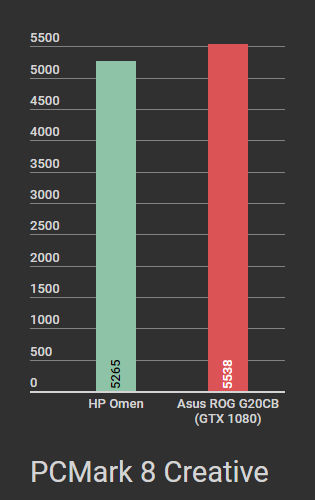 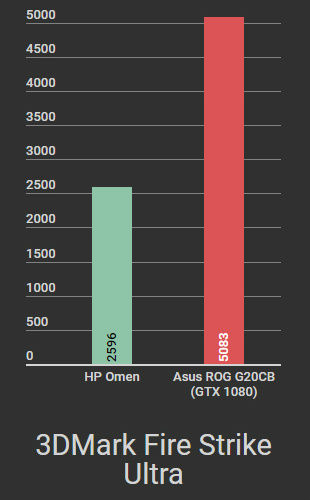 This brings us to cooling and like the pricing I was a little sceptical here as well, because besides the main components, including the CPU, GPU and the PSU, which  have their own cooling, the rest of the case is passively cooled. It looks like this is not an issue as the temperatures on the Storage drives never went beyond 45 degree celsius even on load. The Intel Core i7 also maintains sub-60 degree temperatures most of the times under heavy gaming. However, the GPU quickly touches 70 degrees and goes beyond, up to 100 degree celsius under heavy load. I did not see any lag in games due to this, but an occasional frame drop was observed in a few games.

With the HP Omen desktop, HP will also throw in their Steelseries keyboard and mouse combo, which are not bad. The keyboard here is the standard Steelseries Apex 350 with the Omen badge and the mouse, is the Rival 300. The Rival 300 is one of my preferred mice. Although, instead of the membrane based Apex 350, personally I would have preferred a mechanical keyboard. 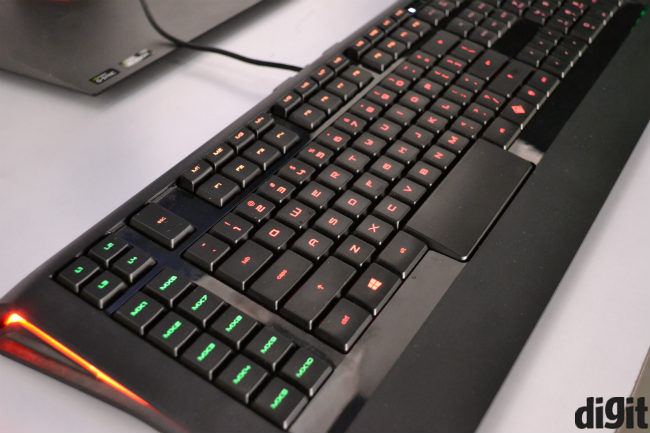 Who should buy it?

With all its pros and cons, the HP Omen does make a case for itself, on the performance front. That being said, I still believe one can make a better looking gaming desktop. Yes, you won’t get a case with embedded RGB strips and a dedicated SD card slot, but that is the compromise you would have to make.

The bigger form factor is also one thing which pinches me as HP uses a MicroATX motherboard. HP could have made the whole case smaller. The Plus side is, the CPU, GPU, RAM and storage are user replaceable, which for PC gamer is a big plus.

Then you come to ease of use. I think this will appeal to a certain group of people who are looking to invest in a 1080p gaming PC and don’t want the hassle of making one. HP provides three years warranty on the machine which is appreciated.

Overall, the HP Omen desktop is a good alternative to a regular gaming desktop. It is a bit overpriced considering the hardware. You do get ample performance, an RGB studded case and peace of mind for 3 years at least.