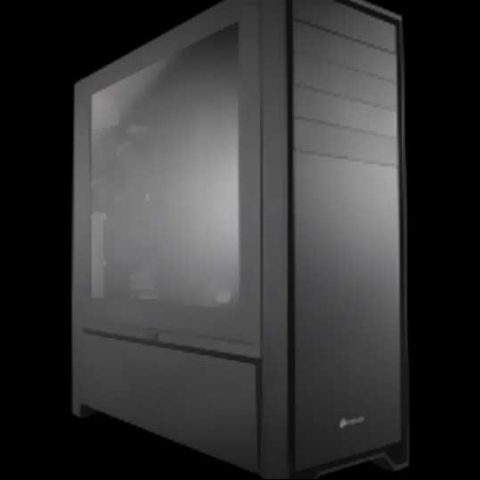 Well to say things in the tech industry are getting smaller by the day would be wrong especially when you take a look at the Corsair Obsidian 900D. This is one computer case that takes size to a whole new level while also coming with many important features a good case should have. This is the largest, most awesome case in the market today.

The Corsair Obsidian 900D is Corsair’s new flagship cabinet that replaces the Obsidian 800D and is one of the biggest computer cases we’ve ever tested. Its direct competitor the Cooler Master Cosmos II, which is also an amazing case, is only a bit larger than this but doesn’t offer as much flexibility. The front of this case has a full brushed aluminium finish with the drive bays also sporting brushed aluminium panels. The bottom front panel pops out to reveal a big push-to-remove dust filter, behind which you’ll find three, pre-installed static pressure fans. These installed fans are Corsair’s own AF Series fans. There’s a push-to-release plate at the front that hides the front I/O panel and has four USB 2.0 and two USB 3.0 ports among the usual audio jacks. The power button is made to meld with the front design of the 900D. 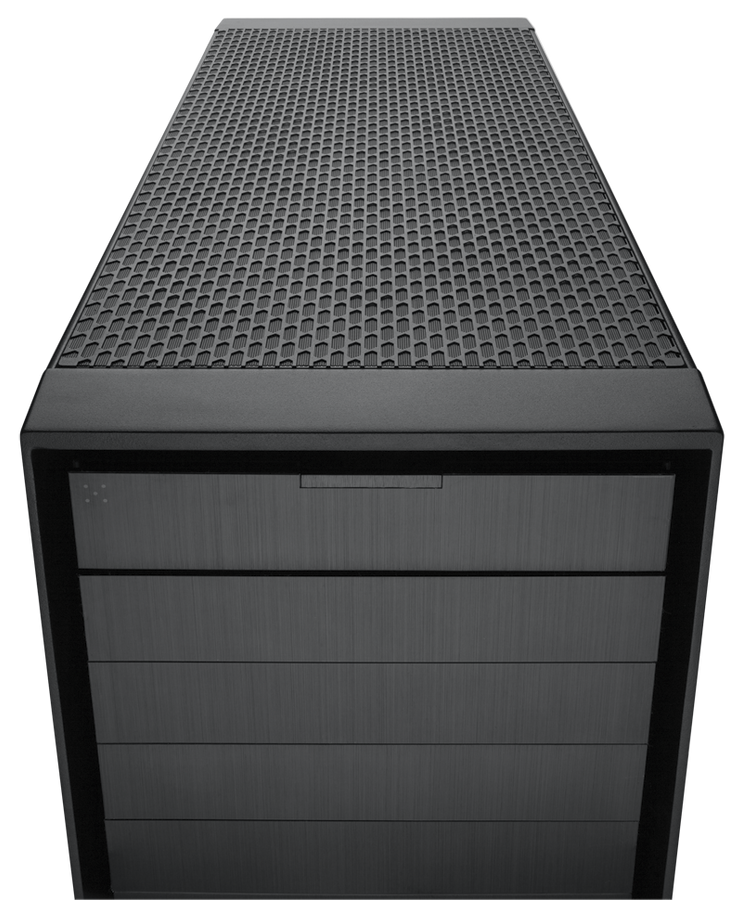 The top of the case is a big, meshed removable panel with a dust filter attached to it. But the best part about the 900D has to be its side panel, which has a big, smoked, acrylic window that lets you show off the innards of a system built inside. It’s a cinch to open the side panels using the provided buttons at the back of the case, which if pressed, pops the side panels out. Each of the sides of the 900D has two doors with one being the bigger door to access the motherboard area and the other one being a smaller one at the bottom that lets users access the hot swappable drive bay and PSU mounting areas built in the case. The interior of the 900D is as intimidating as the exterior with a huge space for installing XL-ATX and even HPTX boards and the entire motherboard tray is replete with strategically placed cable management cutouts covered by rubber grommets.

Cable management in the 900D is much better than anything we’ve seen till date because the case has a lot of room at the back of the motherboard tray with smart clips to hold cables while also keeping enough space behind the tray to close the side panel. Corsair has included a bunch of black cable ties along with the case as well to help users.

Another interesting feature of the 900D is the space for installing two PSUs simultaneously, but there won’t be many people out there who would do this unless they’re building something extremely power hungry. The Obsidian 900D is primed for liquid cooling as it has space for some of the most elaborate liquid cooling setups a person can think of. There is space for installing a full size 480mm radiator at the top, another 480mm at the bottom on one side, a 240mm on the other side at the bottom as well, a 140mm radiator at the rear and finally, a 360mm radiator at the front; you can go nuts with the 900D while building a liquid cooled rig. If you need more space (we hardly think you will), you can remove the hard drive cages and make more room. Most of the parts of the case use screws instead of rivets to allow for modding options which is a nice thing since a lot of enthusiasts are going in that direction now.

With the internal cabinet temperature being 32.5°C when idle and 38.5°C under full load to the test setup, the performance is nothing short of impressive. At Rs.25,499 the Obsidian 900D is an excellent case but it’s definitely not for the faint of heart. One should go for it if they are building a fully blown, no-holds-barred water-cooled setup.