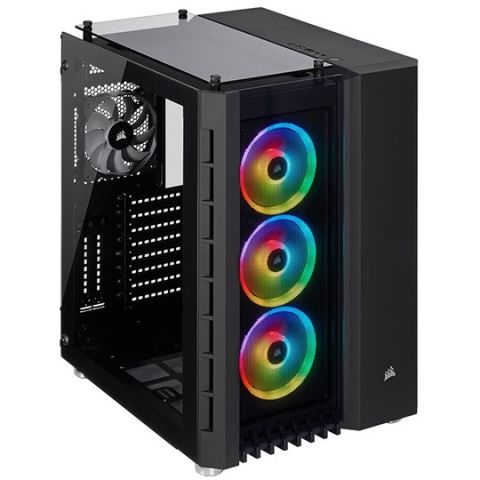 The Corsair Crystal 680X is expensive. Considering everything it offers including the insane build quality, features and the wonderful thermal performance, the price is too high to consider. Of course, as an enthusiast builder, you might already be loaded since this isn’t a case one would buy for regular or gaming purposes. The inclusion of the Corsair Lighting Node PRO does try to justify the high price to an extent and although it is necessary to illuminate the fans, it automatically turns the case into a smart case where the other fans can also be connected and controlled using iCUE. Hardly any compromise has been made in terms of build quality, except on the storage device trays. Apart from those, the rest of the components inside are sturdy. Because of the dual-chamber layout, we spent less time routing cables and searching for the best loops. It also gives more volume to the motherboard compartment and allows room for extra intake if the existing one isn’t enough.

Corsair scaled up the tiny Crystal 280X PC case to give us the Crystal 680X. What looks like a cousin to the Corsair Air 740, the internals are quite similar since it follows the dual-chamber design. In one compartment, the main components attached to the motherboard are installed whereas in the other, your storage devices and PSU is installed. Not only does this make the build process easier, but also contributes to better airflow potential. We received the black variant of the Crystal 680X and here’s what we think about it. 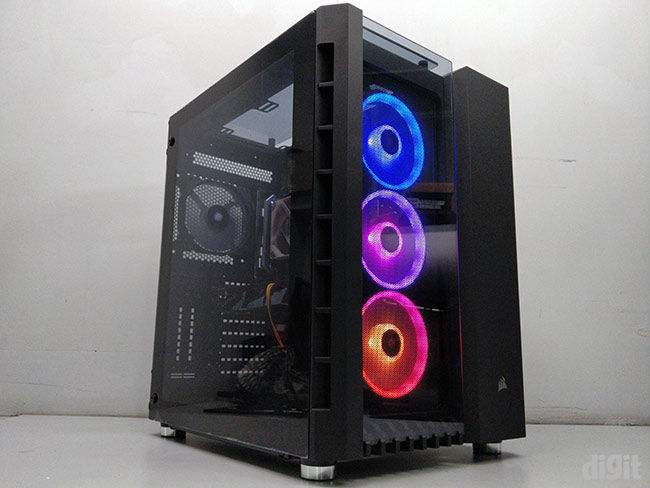 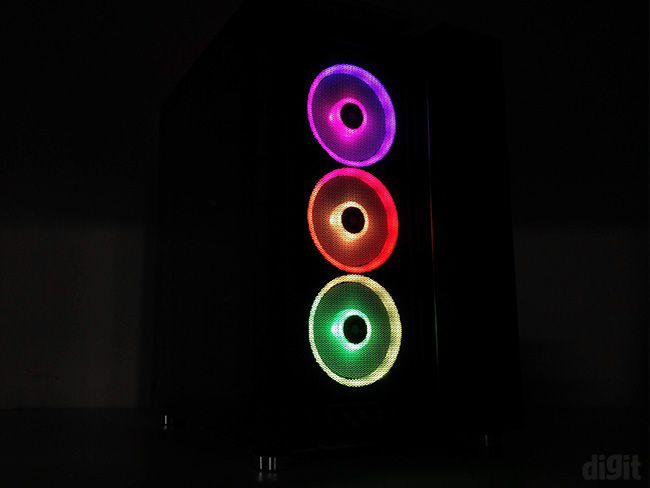 Exteriors of the Corsair Crystal 680X

As already mentioned earlier, the Crystal 680X is a bigger version of the Crystal 280X. There are three tempered glass panels around the case. All these panels are removable although the front panel takes slightly more time. The side glass has a hinged mechanism, so it’s easier to access your components quickly. It can also be removed using the screw holding it to the case on the top hinge. All the glass panels have a faint black tint to them. 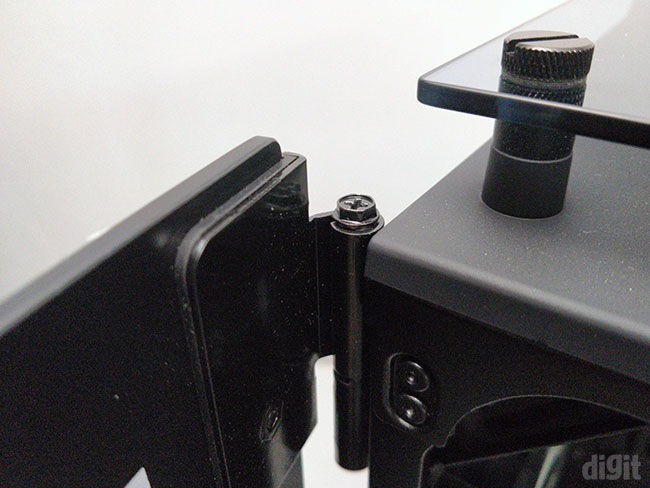 You will find dust filters everywhere except on the top that stays open all the time. If the user chooses not to install fans on the top panel, then you don’t have any option to close it off. Although you can lower the gap between the top glass panel and the case, it still isn’t enough to keep the dust out. It would have been better if Corsair had included a dust filter to shut it off. 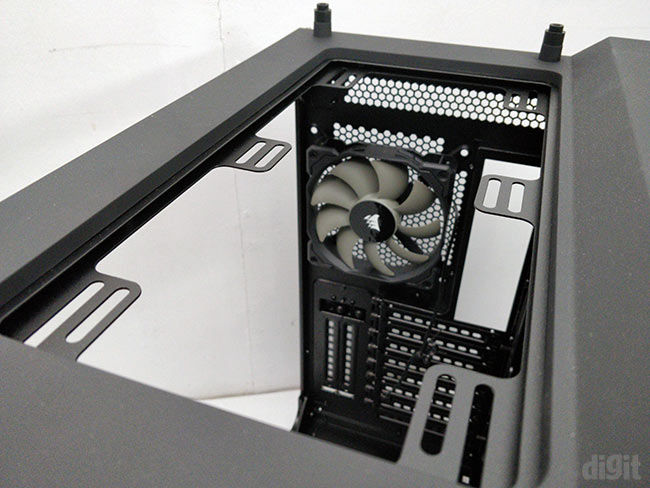 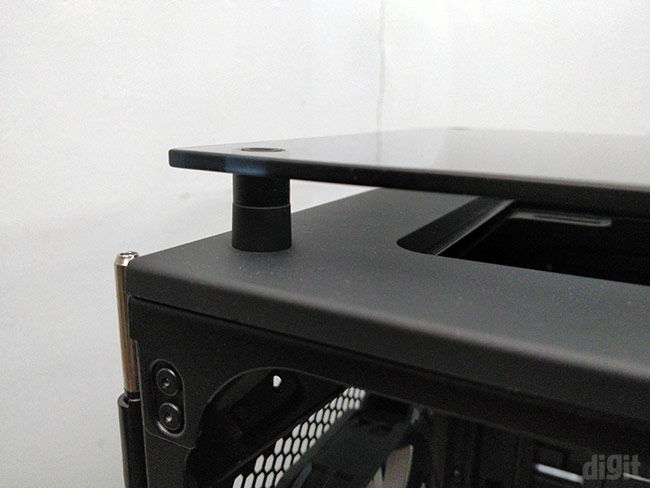 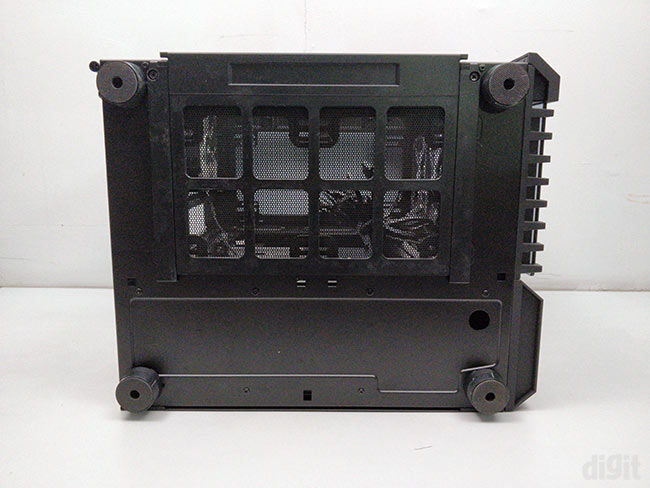 Keeping up with the advances in ports, the 680X packs a USB 3.1 Gen-2 Type-C port on the front along with two USB 3.0, headphone/microphone ports and power and reset buttons. The only problem ports present on top of cases become easy targets for dust to collect and eventually start malfunctioning. 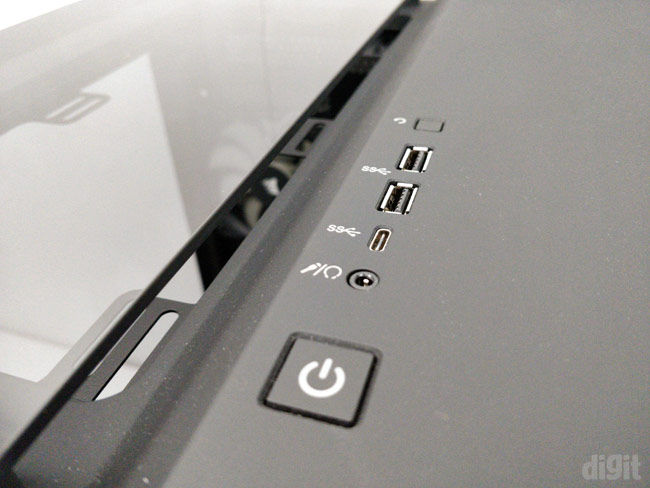 Inside of the Corsair Crystal 680X

Corsair has ensured almost every part of the Crystal 680X delivers immense build quality. At the time of writing this review, the case scored the highest in build quality compared to all the previous cases we’ve tested recently. They have gone with thick gauge steel plates inside for the motherboard and fan mounting plates, where some manufacturers tend to cut costs. You will be able to notice the bulk of the system when picked up, a good sign of high build quality. 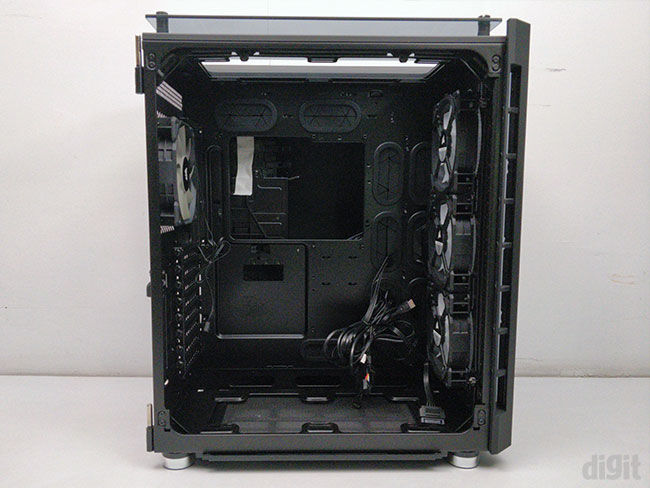 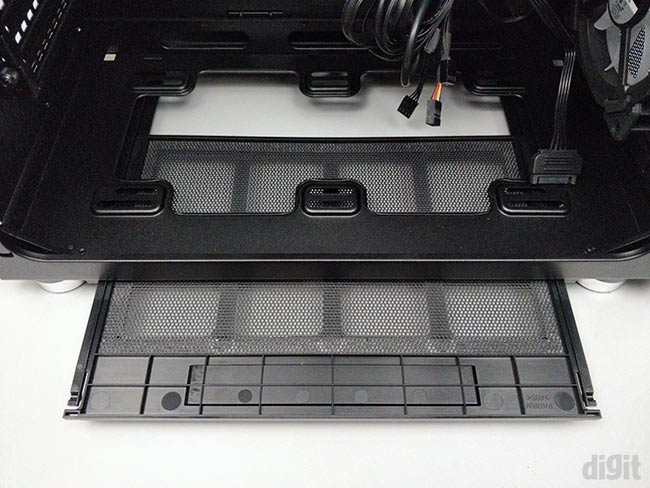 However, we found the HDD and SSD trays to be incredibly delicate. The build quality of the main body of the case is on one extreme whereas the plastic trays are on the other. It’s similar to the one we found in the Air 740 and looks like Corsair hasn’t really upgraded durability here. 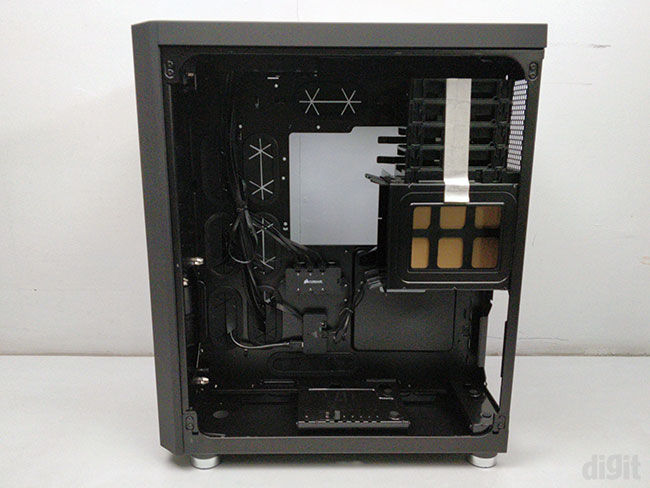 Three Corsair LL120 RGB intake fans are pre-installed on the front panel. They're installed on fan mount that can be removed for easy installation. 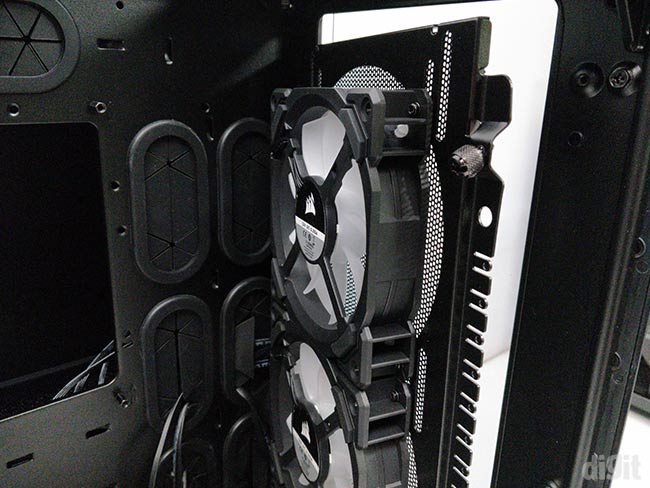 The fans connect to the Corsair Lighting Node PRO allowing illumination and speed control using Corsair’s iCUE software. You can change the addressable LEDs on the fans individually according to your preferences. 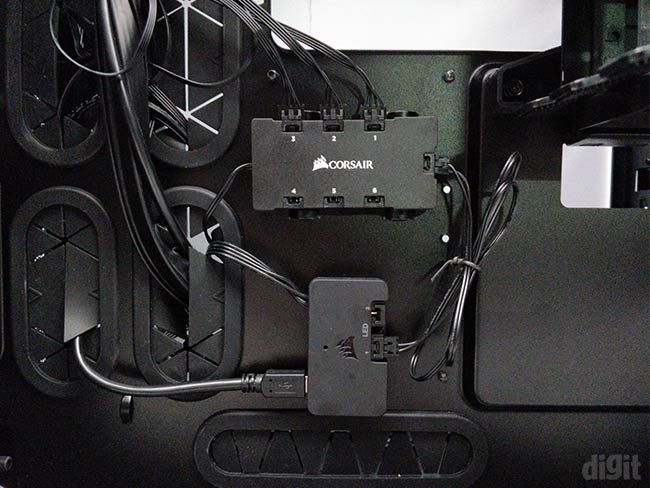 A dual-chamber layout works well to separate the components and give you less of a headache when you’re building a system. The HDD and SSD trays don’t require any tools to install the storage devices. Cable management is implemented well and we were able to quickly build our test rig into it. There are enough tie points to route your cables to every component and enough room to stow away the extra PSU cables. 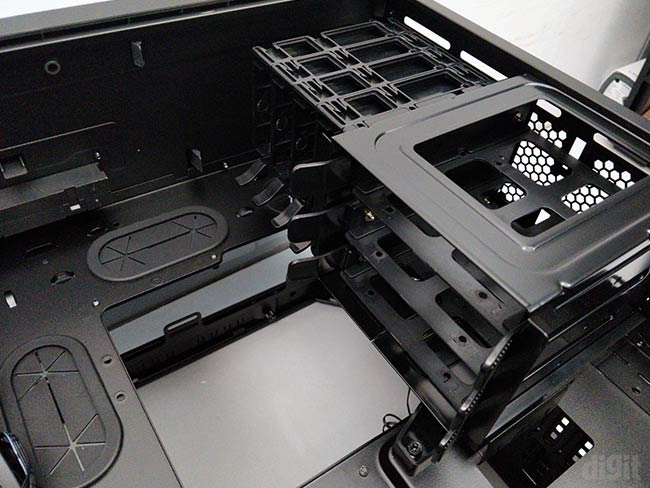 To check how the case performs out of the box, we test it with the pre-installed fans. For a better idea of our testing process, head over to our review of the Corsair Obsidian 500D. In the second part of our testing, we installed two 120mm fans at the bottom panel and then installed two more on the top panel. This configuration ensured we got a better idea of the case’s cooling capability apart from the default setting. 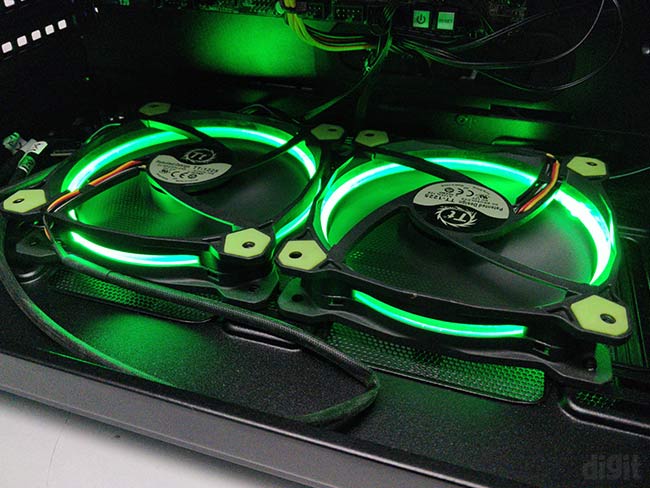 The Crystal 680X keeps things cool quite brilliantly. After sitting idle for 15 minutes, the Intel Core i7-4960X came down to 34 degrees Celsius while the Radeon HD 7790 settled at 34 degrees. Do note that the case comes with three intake and one exhaust fan, so such low temperatures weren’t surprising. When we put the system on load, the CPU reached 51 degrees and the GPU touched 69 degrees. The CPU temperature seemed to be lower than our usual records, so we repeated the tests again and found almost the same with little variance. 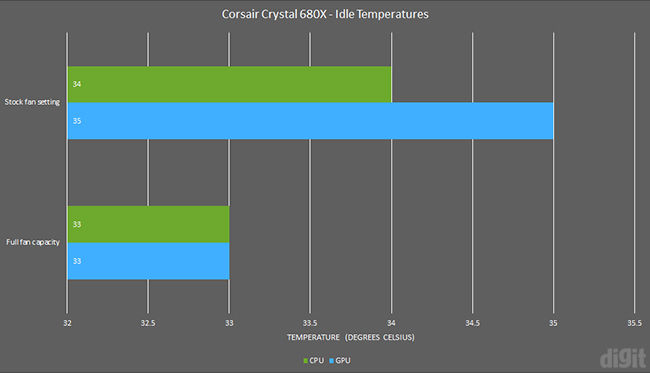 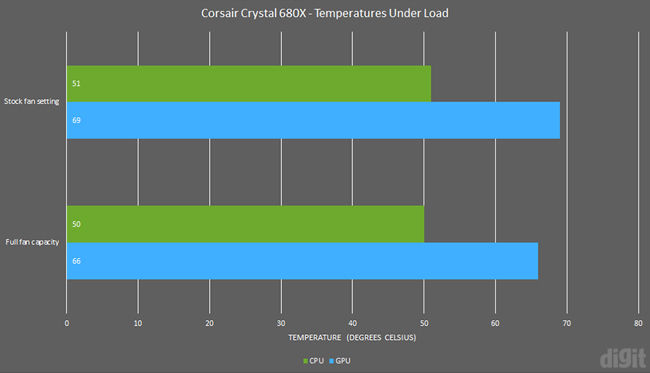 To determine whether the case can do better with more fans, we populated the remaining slots that included the bottom panel as intake and top panel for exhaust. While extra did make some difference to the GPU temperatures, we didn’t notice much of a change in the CPU temperatures. Another observation was that whether we occupied the top panel or not, the temperatures didn’t change much considerably. Only notable difference was the impact of the bottom intake fans that reduced the maximum temperature of the GPU by three to four degrees. 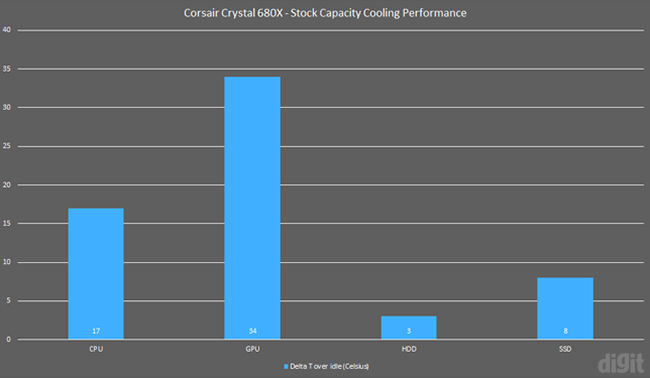 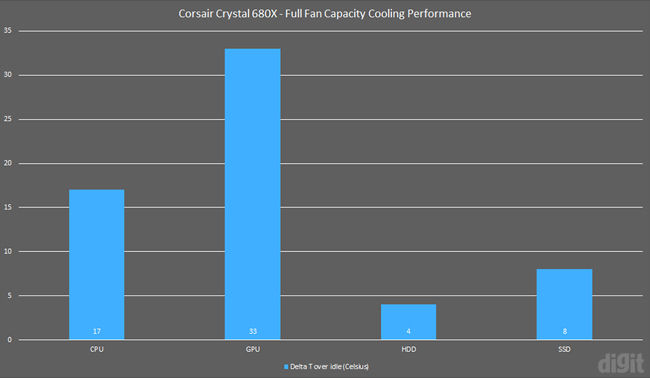 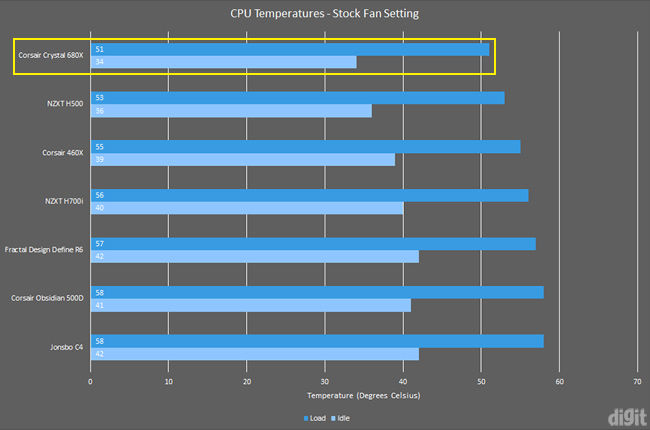 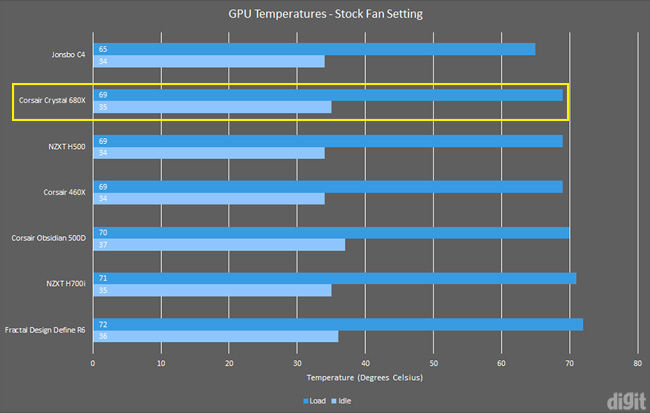 We can certainly say that you won’t really need extra fans for cooling. As for aesthetics, the three front panel fans are already illuminated with RGB lighting. You might want to replace the exhaust with an RGB fan to complete the look.