Intel's first foray into the Android smartphone market with the Lava Xolo is impressive. It seems to have gotten most of the ingredients right - impressive performance, crisp display, and premium build. It holds up very well against competition, some of whom are a lot more powerful. The only thing missing for Lava is the brand recall that some of the competitors have.

If LG and Apple probably got together ever to make a phone, it would probably look like this!

The Lava Xolo X900 clearly has the design influences from an Apple iPhone 4 and some of the LG phones out there.

Look & Feel
This is no mean feat from the designers at Lava International that the Xolo looks and feels very classy. The finish has a generous amount of premium feel to it. And it is very important to do that successfully, considering the price tag, but not as easy to implement. The 4.03-inch display has a very thin bezel on the right and left side. On the top is the front-facing camera and the silver coloured earpiece. Below the display are four touch sensitive keys – return, options, Home and search. Flat sides all around, and that is why we say it has the design inspiration from the iPhone. On the left spine is the micro HDMI port. On the right side is the volume rocker, micro SIM card slot that is essentially a slide out tray and a physical camera key. 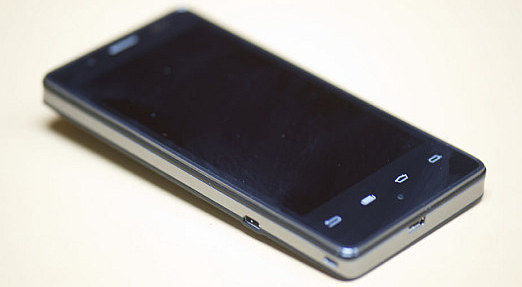 Flip the phone over and what you see is a nice rubberized finish – this should be very helpful in the Indian summer! We have seen this on many smartphones before this as well, and we always prefer this on the rear side, very helpful in gripping the phone on a warm sweaty day and typing with the same hand that is holding the phone. The 8MP camera is towards the top, while the phone clearly flaunts the Intel Inside logo towards the bottom. The only bad element is that when placed flat on a table, the top portion of the phone rests on the camera – not good. You will have to be a bit careful of where you are keeping this phone, and how hard you have put it down! 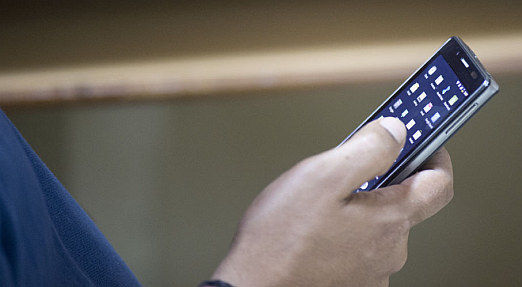 Clearly, the design is a salute to the iPhone 4 / iPhone 4S, with the front looking something like the Optimus series of smartphones from LG. The chrome frame around the display, well…! Users cannot access the battery. Something that we don’t understand about phones that don’t allow users access to the battery is – why not just have a darned unibody design for the phone then? After all, unibody design will look a lot better! 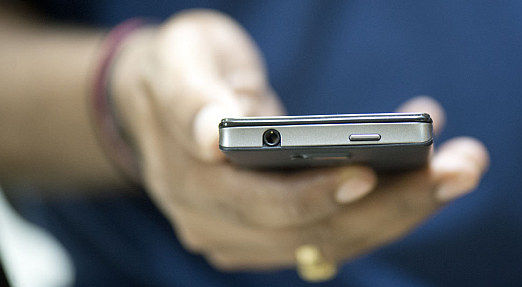 Features & Performance
With most things Intel, there are product names and numbers, and then there are the codenames. In this case as well, the same cocktail prevails. Don’t worry, we will help you through the deluge of it all!

In terms of performance, we were quite impressed with the overall smoothness of the OS, slick opening of apps and no real strain because of the background processes. In a real life usage scenario, the Xolo doesn’t feel much inferior to infinitely more powerful HTC One X! Even we were surprised with that, and to verify if what we felt was indeed true, we ran a series of benchmarks on the Lava Xolo, HTC One X (read our review) and the Sony Xperia S (read our review), and this is how they compare. What you will notice for most benchmark scores is that the HTC One X is obviously the winner, considering it is the first quad-core powered pocket rocket to arrive in the market. However, the Xolo does get better benchmark scores than the 1.5GHz dual core processor powered, and significantly more powerful Sony Xperia S.

If you had read the First Impressions story, we had compared the Xolo’s benchmarks with a lot of phones, including the Samsung Galaxy SII. In most of the tests, you will notice that the Xolo is doing significantly better than the SII.

Graphics performance on the Xolo should be quite good, technically, at least as far as the spec sheet indicates. The Xolo has a PowerVR SGX 540 graphics while the HTC One X has the GeForce ULP chip and the Xperia S has the humble Adreno 220. However, we were surprised to see the HTC One X finishing way ahead of the Xolo, and even the Xperia S nudging it into last place. To reconfirm, we ran the GLBenchmark tests – Egypt Standard and Egypt Pro (offscreen). The HTC One X was the clear winner in both tests, and while the Xolo did move ahead of the Xperia S, it wasn’t by much. The supposed advantage on the spec sheet doesn’t really translate into actual gaming performance on the Xolo.

During slightly intensive tasks, the Xolo did become quite warm, mostly in the lower middle portion of the back panel, just above the Intel logo. Not only is it uncomfortable, but also affects battery life. Usually happens when you are browsing the web, or playing a game, or something equally stressing on the power package.

The humble 4.03-inch TFT LCD display has a resolution of 1024 x 600 pixels, but what really impressed us was the combination of text crispness and adequate colour punch. The resolution is on the higher side, which makes the crispness bit very critical. We say it time and again that the AMOLED family of displays has the maximum colour punch, but this humble LCD does have its own solid points. It is blown away by the likes of the Galaxy S II (read our review) and even the HTC One X, in terms of colour vividness. This is very clear when you are watching a video on the device. We were impressed by how smoothly this display handles fast moving scenes in videos, with no judder while panning. However, reading text on the Xolo’s display is so much more comfortable than a lot of the rivals, some with better displays at least on the spec sheet. Despite having a smaller display than the HTC One X, we could read text on web pages without having to necessarily zoom in. that is quite an achievement, albeit mostly in landscape mode. The Xolo’s display also has the Gorilla Glass treatment. The only thing going against it is the reflective nature of it all. The display isn’t natively very bright, and you will need to turn up the brightness quite a bit to comfortably use it in most scenarios.

One of the possible reasons why the Xolo feels slick in terms of UI performance is the very simple UI that Lava has wrapped around Android. Unlike HTC Sense and Timescape, Xolo’s UI skin is minimalistic. We couldn’t help but make comparisons to some budget smartphones that come with similar skins! However, it is no laughing matter, and on a serious note, this works in the Xolo’s favor. We have complained time and again that badly optimized skins affect performance of the UI in general.

Disappointing bits now. The first being, this comes with Android 2.3.7 (okay, it is the latest in the 2.3 series, we admit). We expected ICS out of the box on this one, considering it is a very important phone for Lava as well as Intel. Lava, like all other Android smartphone manufacturers, have confirmed that there will be an update for the Xolo in the near future, but we will believe it when we see it. Second, the built-in speakers are a huge disappointment. For the speakerphone bit, they are sufficient if you are soundproofed from the rest of the world for the most part. However, it just doesn’t work for the multimedia bit, and that is a disappointment. If you are listening to music or watching a video without headphones, the Xolo’s speakers will just not have the volume punch.

The 8MP camera, at least on the spec sheet, should have been excellent. And it sort of is, for the most part. Images do have a decent amount of depth and considerable crispness when taking shots in good light. From the test shot of the green leaves, you can clearly see the distict colour shades. However, if you look at the photograph of the picture frame on the wall, you can see some bit of noise. That is a shot taken in traditional indoor lighting. Video quality isn’t very good, with a distinct lack of crispness and a certain amount of instability.

Battery life has turned out to be a huge disappointment. It is difficult to get through the day on a single charge, with this phone under a usage scenario that you usually deploy on your primary phone. As smartphones go, this is not ideal at all. Usually, this will become a little easier to achieve if you turn off Wi-Fi and 3G, but that is just not something you would appreciate after having spent a lot of money on this phone!

Our Take
The Lava Xolo has a box price of Rs 25999, and is retailing in the market for around Rs. 23,000. What we have seen with this Intel powered smartphone is a glimpse of the future. The Z2460 stands up well against the likes of the ARM Cortex A9, but the real kicker will come towards the end of this year when the Z2580 with the dual core SGX544MP2 graphics arrives on the scene. Expect that to be here around the time the Windows 8 tablets come into being. The Xolo, with the Intel Saltwell processor, and it is not a surprise, is scoring better than the likes of the Samsung Galaxy SII and the HTC Sensation, and is running very close to the Sony Xperia S. Do remember, the SII, Sensation and the Xperia S are significantly more expensive in the market. We can safely say that it is a solid second in the performance chart, which the HTC One X leads not surprisingly. What Intel (and whoever is making the smartphone) needs to solve the battery issue, and get the graphics performance up to competitive levels. A very solid start for Intel, but what we are really waiting for is a real “I want this” device.