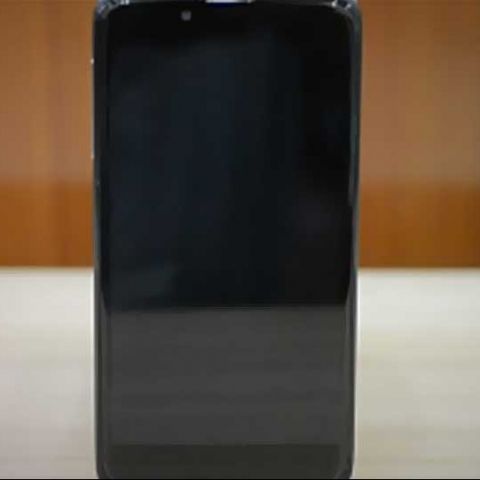 It's easy to recommend the Xolo X1000 at Rs. 20,000 for the features on offer. The only downside of the device is that it runs on Android 4.0 ICS but the update is expected soon.

Rs. 20,000 is the sweet spot for users wanting to purchase a pretty decent smartphone. We have seen devices like the HTC Desire SV, Samsung Galaxy Grand Duos, HTC WP8S, Samsung Galaxy S2 and more give users great value for the price they pay. These smartphones bring together a good set of features such as impressive specifications, a good display, nice camera and more. One thing that the above-mentioned smartphones have in common is that most of them work on a Qualcomm chipset (though the S2 and the Grand Duos have the Broadcom chipset). These chipsets are tried and tested in the smartphone world and run the Android OS along with all the apps very smoothly.

Today we have with us the Xolo X1000. From the outside, this is a sexy looking smartphone running Android. On the inside however the X1000 is powered by the Intel Atom Medfield Z2480 chipset clocked at 2GHz with Hyper Threading. Do the new internals set this device apart from the crowd? Let’s find out!

Design and Build
At first glance, the Xolo X1000 is very good looking, as beautiful as the Nexus 4. The front of the smartphone has the display, front facing camera and no physical buttons. The glass on the display is curved, very Nexus 4-ish, and feels extremely smooth. The glass is curved right up to the edge covering the entire front. The left of the smartphone houses the volume rocker and the top has the headphones jack.

The rear of the Xolo X1000 has a rubberized finish, which adds to the grip and feels really good in ones hands. It gives the device a premium finish. The rear also houses the 8MP camera with an LED flash. The top and the bottom of the smartphone have a silver finish but the material is essentially plastic.

The Xolo X1000 has a unibody design and you don’t have access to the battery, as the rear panel isn’t removable. The bottom panel of the smartphone, which has the microUSB port, is removable. Here is where you have the slot for the SIM card and the microUSB card. The removable flap feels plasticky and is really flimsy. The X1000 is really slim though, at 9.1mm thickness, and weighs in at 140 grams.

The design and build of the Xolo X1000 is quite impressive when compared to the competing smartphones in the same price range. The lack of a plastic back and the smooth curved display makes the smartphone stand out from the crowd. The HTC One V also has a unibody design and a smooth finish but it isn’t as impressive as the X1000. The only downside to the design is that the battery isn’t user accessible – something uncommon at this price range.

Features and Specifications
Starting with the specifications, the Xolo X1000 runs on a single-core 2GHz Intel Atom Z2480 processor (based on the Medfield design) with Hyper-Threading (implying two threads), and a PowerVR SGX540 (400MHz) GPU, coupled with 1GB of RAM. It also boasts of a Sharp-made 4.7-inch 1280x720 pixel ‘2.5 D’ edge-to-edge curved glass TFT LCD display (with a single glass - similar to the Galaxy Nexus). The display has a reported pixel density of 314 ppi.

Other specifications include an 8MP rear camera with a 15fps burst mode and a front-facing 1.3MP camera. The rear camera can also shoot full HD video at 30 frames per second. In terms of storage, the X1000 offers 8GB of built-in storage, expandable up to 32GB via a microSD card slot. A 1,900mAh battery powers the entire package. For a Rs. 20,000 phone, the specifications of the X1000 are quite good.

The Xolo X1000’s OS is skinned but very lightly. To start with, you don’t have any physical controls outside the display. The interface is quite vanilla and anyone who has used an Android smartphone in the past will feel right at home here. The back, home, menu and multitasking buttons are always present on the display. This is a good thing, and very similar to the Nexus 4 – which we love – but the downside is that these buttons are ever present even when playing games like Dead Trigger.

The X1000 runs on Android 4.0 ICS and Xolo says that the 4.1 update for the smartphone will be available soon but the fact that it doesn’t run on 4.1 Jelly Bean from the word go is a downer. A really good feature of the X1000 is that it comes with an FM radio, which is a feature, most smartphones lack today and it is dearly missed. Its presence on the smartphone is appreciated.

Performance
The X1000 is one of the smoothest smartphones we have used. The interface is brilliant and using the touchscreen is a real treat. The keyboard is smooth, HD MP4 videos playback smoothly, viewing angles are great, colour reproduction is excellent, and the brightness of the display is also very good when set to maximum.

The audio output from the Xolo X1000’s onboard speaker is nice too. It isn’t extremely loud but is at par with its peers if not better. The audio for YouTube videos, HD MP4 videos and the apps is clear and nice. Indoors, we weren’t getting a very good FM radio reception but this problem was sorted once we hit the outdoors.

The only drawback to the Xolo X1000 is that some apps may crash due to the chipset architecture. With all the time we spent with the device we only found one such app – Real Racing 3, which crashed and caused the device to reboot. We are still looking for more (free) apps that are not compatible with the device but have not found more.

For everyday activities and multitasking, the X1000 is a dream device, but let’s take a look and see how it compares to the competition in terms of its benchmark performance. We pitch the X1000 against the Samsung Galaxy Grand Duos and the Micromax Canvas HD.

In two of the six benchmark scores, the X1000 emerged victorious – Rightware Browsermark and Quadrant. The browsing experience on the smartphone was very smooth so this makes sense. Quadrant judges the overall hardware performance and this is also one place where the device performs. In GLBenchmark and Smartbench 2012, the X100 scores the least and the margin was surprising.

The call quality from the Xolo X1000 is good. It is crisp and clear through and through, although we did face a bit of call drops on the DND Expressway while travelling.

The camera on the X1000 is an 8MP shooter. The performance however isn’t the best. There is a lot of noise even in a well-lit scenario and that is a bad thing. The images when blown up to their actual full size lack detail. Check out sample images below:

With average everyday use of making calls, texting and some social networking, the Xolo X1000 has the potential to last through the day. In our continuous video playback test, the X1000 was on full brightness and full volume and it lasted for around 5 hours. You can go beyond a days use if you use the device sparingly.

Bottom Line
It’s easy to recommend the Xolo X1000 at Rs. 20,000 for the features on offer. The only downside of the device is that it runs on Android 4.0 ICS but the update is expected soon. The camera is sub par and we have seen better cameras on a 20k smartphone. That being said, you get a device that is extremely well built, has a display to die for and the curve glass feels sexy on ones hands. The Intel Atom processor has enough power to make the interface and usability smooth. The multitasking capabilities are also good.