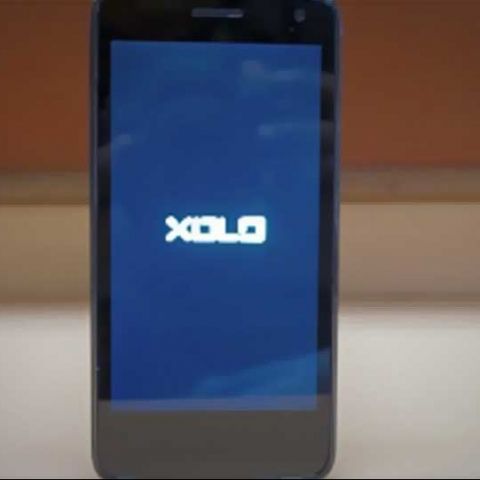 For a Rs. 10,000 device, it is easy to recommend the Xolo Q700 based on the features it offers. It gives you a fantastic build, good specifications, impressive display and a camera that can take good images in a well-lit situation. The battery life is good too. On the downside, it natively doesn't recognise HD content and that is a bummer. The camera's low light performance too is disappointing. If you are looking for a smartphone with a sub 10k price tag, you can consider the Xolo Q700 at the top of your list.

If you consider picking up a budget smartphone today, one of the first brand names coming to your mind would be Micromax. Other devices that will come to your mind include Karbonn, Intex, Spice and more. Another addition to the list of budget brands is Xolo. They have smartphones from the sub-Rs. 10,000 segment going up to Rs. 20,000. From what we have seen the company has produced some impressive smartphones including the likes of the Xolo X1000, Xolo Q800 and the Xolo A1000 to name a few.

Today, we have with us the successor to the Xolo Q800, the Q700. The smartphone shows off a 4.5-inch qHD display, Android 4.2 Jelly Bean and a quad-core processor all under Rs. 10,000. Is it an ideal budget smartphone to look out for, or are you better off pursuing the tried and tested? Read our on to find out!

At a Glance
The Xolo Q700 has a standard rectangular form factor with curvy edges. It runs on Android 4.2 Jelly Bean straight out-of-the-box. It has a compact 4.5-inch qHD display. The body is plastic, but the rear has a rubberized finish, which adds to the style and grip. The device has a MediaTek MTK6589 chipset with a quad-core CPU, the same one that we have come to love from the Micromax A116 Canvas HD.

Since there are quite a few smartphones that boast of a quad-core processor in the budget range, here is a quick look at the specifications of the Q700 along with some competing devices.

The specifications of the Xolo Q700 are quite similar to what the competition has to offer but overall it is a better package deal. It sports 1GB of RAM in front of the competition and has the largest battery among those mentioned above.

Design
For a phone priced under the sub-Rs. 10,000 mark, you’d expect the device to cut corners and the design is one of the places where manufacturers do this. The Xolo Q700 doesn’t feel like a budget Android smartphone. To start with the face of the device has the 4.5-inch display and it smartphone has a candy bar form factor. Above the display you have the standard earpiece and the front facing camera. Below the display you have three capacitive buttons representing the menu, home and back buttons. The downside is that you can’t see these buttons unless you touch them and they light up. So if you mistake the menu for back and vice versa, you won’t know unless you have pressed them and this can get quite frustrating.

The sides of the device have a curved design, which adds to the grip, and this is a very good thing. The volume rocker and the power button pop out a bit making them more convenient to access without looking. The volume rocker rests to the left of the Q700 where as the power button rests to the right. The bottom houses no ports and the headphones jack and the microUSB port. The rear of the smartphone is plastic but has a rubberized finish to it giving it a premium feel. The rear houses the camera along with the LED flash and the speaker grill.

Overall, the Xolo Q700 is very well designed, something we really appreciate in a smartphone. It has the curves not only to accentuate its looks but add utility as well. You will want to show this one off, especially after telling people the price tag.

UI and Interface
For the most part the Xolo Q700 has a stock Android 4.2 interface and the skin overlaying it is quite light. The lock screen is standard Android 4.2 Jelly Bean, which means you have quick access to the camera and lock screen apps.

Unlock the Xolo Q700 and you have access to five customizable home screens that you can load with apps and widgets. The drop down notification menu has been altered slightly giving you access to shortcut features including audio profile, data usage, auto rotation, screen timeout and more.

The Xolo Q700 app lister has also been modified a bit. Instead of listing them under just apps and widgets, the apps have been listed under four main heads – Main, Apps, Games and widgets.

Although the UI and interface has been tweaked slightly, there is nothing here to complain about. It is stock enough for Android lovers and easy to grasp for newcomers as well.

Performance
So far, the device seems quite impressive but is it all beauty and no brawn? Here’s a quick look to see how the Xolo Q700 performs when compared to the Canvas HD.

Since both the smartphones run on the MediaTek chipset with a quad-core processor, it is no surprise that their benchmark scores are nearly neck on neck. Let’s take a look at how the Q700 performs in the real world.

The response of the Xolo Q700’s touchscreen is quite smooth. We didn’t face any hiccups in terms of navigating the device launching and using apps or typing messages. The keyboard is well laid-out, and comfortable to type on.

The display on the Xolo Q700 is 4.5-inches with a 960x540 pixel resolution. It has an IPS panel, which means that the viewing angles are good. The text, especially for reading books is crisp. Reading is a good experience courtesy Google Books. It’s a treat using the display. Even the colour representation of the video was nice.

The downside to the Xolo Q700 is that it didn’t play the MKV or the MP4 HD videos we loaded on it. The MKV ran without audio where as the MP4 gave the “not supported” message. This was via the native video player on the smartphone. SD AVI files however ran quite smoothly.

The audio output from the Xolo Q700’s speaker was good, and in case of the AVI SD video file, it was quite loud too. The apps sound loud and clear and audio didn’t distort even at full volume.

In terms of the Xolo Q700’s gaming performance, Angry Birds Star Wars and Subway Surfer ran quite smoothly. Dead Trigger also ran quite well but saw the occasional lag and stutter. The downside to playing Dead Trigger is that the controls felt a bit cramped on the 4.5-inch display.

The Xolo Q700 comes with an app called Kids Tube. This app houses video content that is appropriate for children. If you don’t want your kids to stumble upon some mature content on YouTube, then you can give them access to Kids Tube and be assured that they will not be exposed to any explicit content.

The Q700 also comes preloaded with a power-saving app called the Xolo Power. This app helps you get maximum juice from the battery of your smartphone. You can set a sync frequency; at what intervals would you like the smartphone to sync – every 15-min, 30-min, 1-hour so on and so forth.

The Xolo Q700’s Night mode disables the Internet from the preset time. The Internet is off when the display is asleep. The low battery mode disables the Wi-Fi, data, GPS, Bluetooth, haptic feedback, and reduces the display’s brightness during low battery. There are a plethora of apps in the Play store available to monitor and control the performance of the battery in your smartphone but it’s nice to see the app in-built in the Xolo Q700.

Last but not least, you have access to Xolo Secure on the Q700. This is a security app that helps you protect your data by allowing you to back it up to the cloud.

The rear of the Xolo Q700 has a 5MP camera with BSI. For well-lit conditions, the camera performs very well. Way better than the Lenovo S890 we reviewed a while back. The performance of the camera can’t be considered stellar but for the price you pay, it is a good camera. The low light shots however are very smudgy and there is tremendous noise reduction. Not an ideal camera for low-lit conditions.

The Xolo Q700 shows off dual-SIM capabilities, which is nice, especially if you are someone who needs to be active on two numbers at the same time. The call quality from the smartphone is good. The audio from both the ends is clear and there is nothing specific one can complain about with the call quality.

In our continuous video playback test the Xolo Q700’s battery lasted for nearly eight hours and that is a very good thing. For this test we had the brightness and audio at maximum level along with the Wi-Fi on. The video was an SD AVI file running via the native video-playing app. For everyday use as well, with some calling, social networking and a lot of messaging, the Xolo Q700 crossed one-and-a-half days usage.

Bottom Line
For a Rs. 10,000 device, it is easy to recommend the Xolo Q700 based on the features it offers. You have a smartphone that gives you a fantastic build, good specifications, impressive display and a camera that can take good images in a well-lit situation. The battery life is good too. On the downside, it natively doesn’t recognise HD content and that is a bummer. The camera’s low light performance too is disappointing. If you are looking for a smartphone with a sub 10k price tag, you can consider the Xolo Q700 at the top of your list.