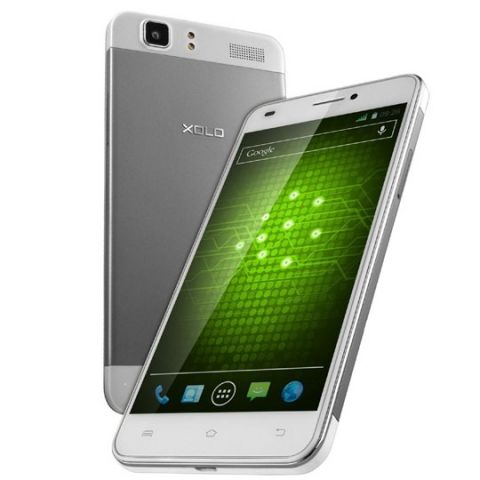 The Xolo Q1200 is one of the best designed smartphones from Xolo, although we weren't that happy with the hardware. Including a MediaTek processor was a really bad choice as it doesn't seem to be as powerful when compared to the Moto G or even its predecessor the Q1100. The smartphone is well priced and offers a great camera and multimedia capabilities. Worth buying if you don't worry about the brand and don't crave for blazing performance levels.

Indian smartphone makers are have been improving a lot with their hardware as smartphones are becoming more of a niche tool for the common man. Not so long ago, brands like Xolo, Micromax and Karbonn were considered as low class cheap handset makers. Today they make the budget category of smartphones in India and have some really commendable smartphones in their portfolio.

Today we are revieweing the Xolo’s latest offering, the Xolo Q1200, a well designed smartphone that is competitively priced around Rs. 13,000 in India.

The most attractive feature of the smartphone is its design. While the Q1100 had mostly a plastic body, the Q1200 has combination of metal and plastic. Essentially the hardware specifications of the Q1200 are quite similar to the Q1100, except for the SoC. You get the similar 5-inch 720p IPS display along with extra protection with Gorilla Glass 3. Viewing angles are good and readability under direct sunlight is fairly good. Even the touch response and feedback on the display is perfectly smooth. 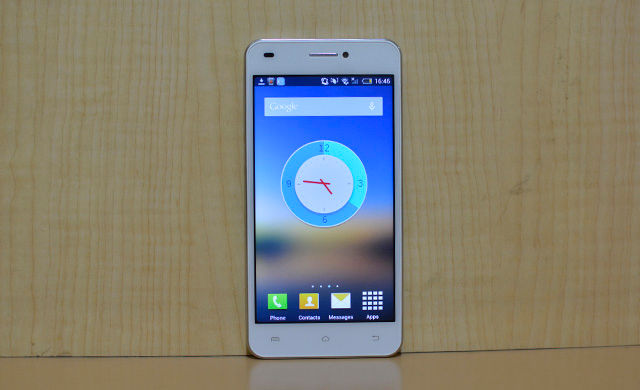 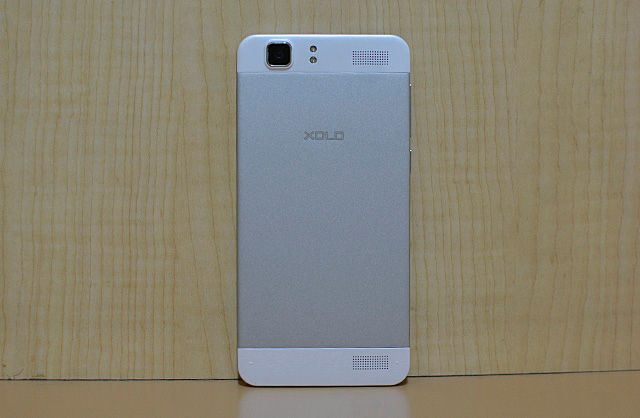 The front also has the three Android navigation capacitive keys below the display and the earpiece, the front cam and the usual bunch of sensors. 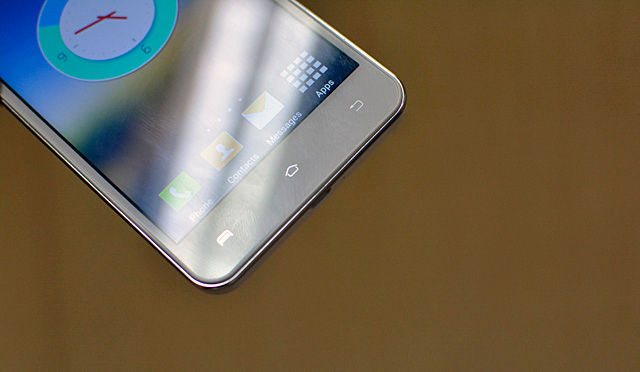 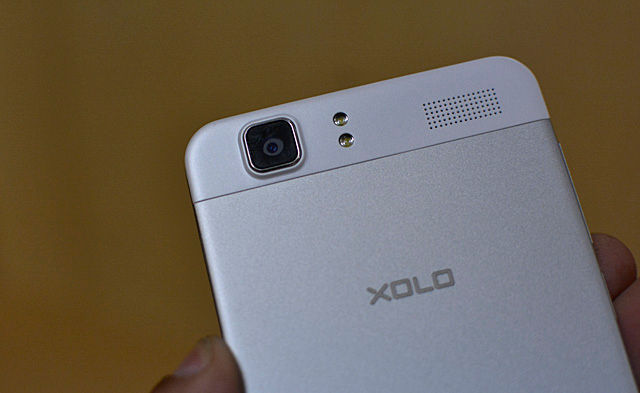 A thin chrome trim surrounds the edges which makes the smartphone look bolder. The top edge houses the 3.5mm audio jack and at the bottom edge you can find the microUSB port. The left edge has the volume and lock/power key and the right edge has the tray-styled SIM card slot. Interestingly there is a single tray which can hold two of your microSIM cards. 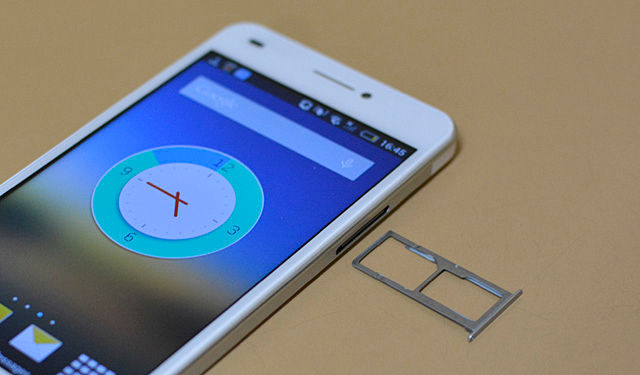 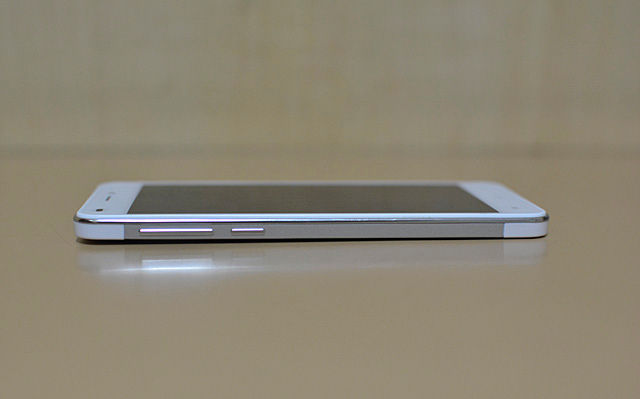 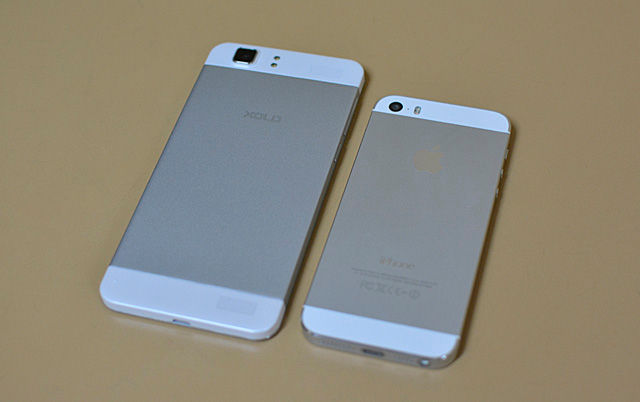 The back has a very familiar iPhone 5/5S looking design with plastic strips on top and bottom and a silver metal finish in the middle. The back is non-removable thus a non-user replaceable battery. The top plastic section contains the 8MP camera with a dual-LED flash. Both the plastic sections contain the stereo loudspeakers as well. While the device is solidly built, it does end-up being on the heavier side. Xolo has put-in good amount of efforts and attention in terms of build quality and finish and the overall feel of the smartphone. Though, it is overall a large device for its screen size and might not appeal to buyers looking for a compact and light smartphone.

The Q1200 runs on Android 4.2.2 Jelly Bean and Xolo has brought in a new UI which is essentially a launcher which supports themes and some launcher settings to make it more personalized. The themes are quite interesting as some of them have unique looking lockscreens and icons, and some of them completely remove the need of a separate app menu. While the UI and themes are nice, the absence of KitKat brings down the overall appeal of the device. 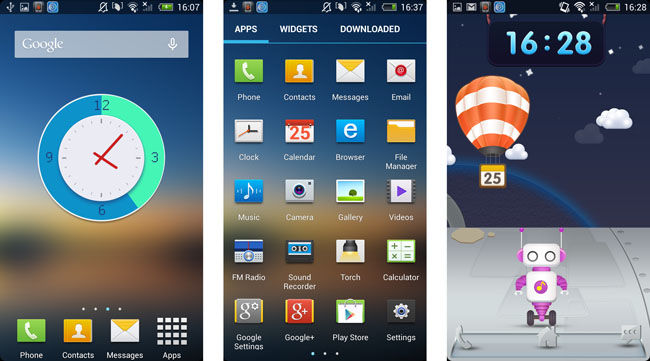 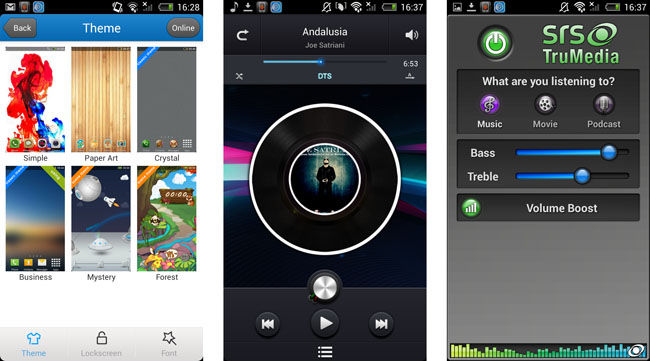 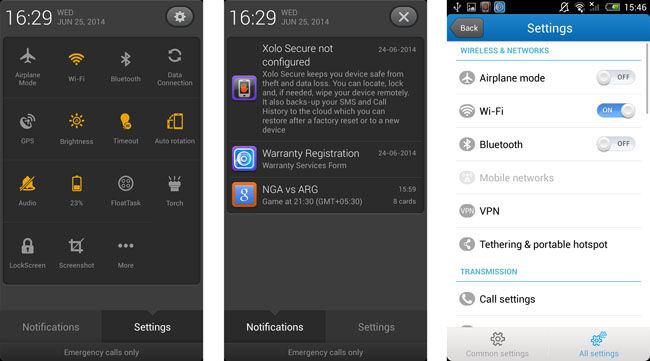 The UI is fairly smooth and the launcher doesn’t seem to be very heavy on memory. It is responsive and all the apps work perfectly fine. The device is capable of handling multitasking efficiently but there is scope for improvement. Overall the OS is quite stable but we did encounter those occasional lags while rapidly swiping through screens or widgets.

To get the full potential of the hardware we ran some synthetic benchmark tests. These benchmarks will help you to draw comparisons with similar and higher specked devices. 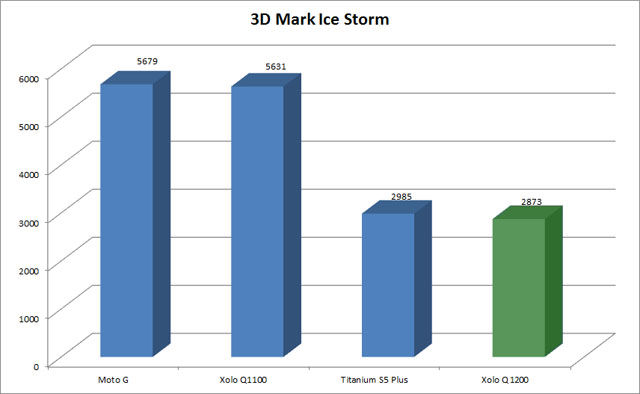 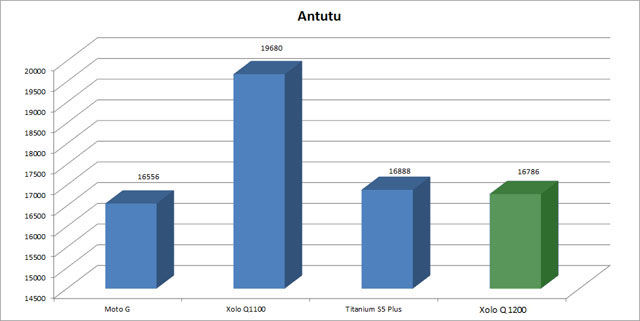 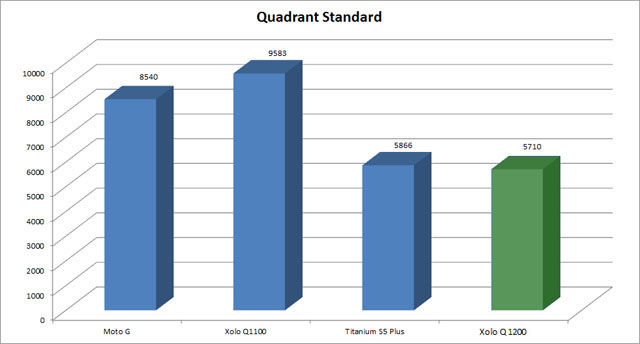 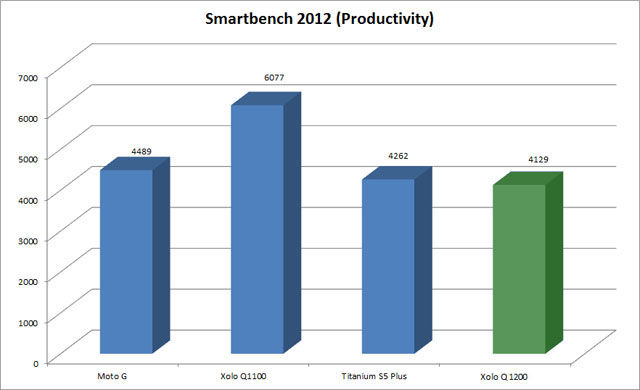 The smartphone is not as good as the Moto G and the performance is below than what we had seen on the Snapdragon equipped Xolo Q1100.

For the gamers, this smartphone provides enough power to run games like Asphalt 8, Real Racing 3 and so on. Although just after 15 minutes of playing, we found that the handset was heating up from the top. This issue has been seen on almost all MediaTek running smartphones.

Multimedia content like playing full HD videos and music was a piece of cake on the device and we certainly loved the dual-stereo speakers at the back. They might not be best in class, but they certainly provide ample amount of volume.

There is an 8MP camera sensor on the Q1200 backed up with a dual-LED flash. Apart from taking pictures you can also take videos at 1080p resolution. There is also a front facing 2MP camera for video calls and taking selfies.

Coming to the primary camera, the autofocus isn’t super-fast but it gets the job done as long as you are patient enough to allow it to lock focus. There isn't any noticeable shutter lag when shooting in bright conditions.  Pictures have rich colors and the level of detail is quite good for a smartphone camera at this price range. Thanks to the f/2 aperture, you get a nice shallow depth of field in the pictures. Pictures taken in low light are grainy and lack details, so using a flash is advisable. 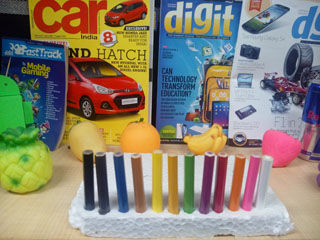 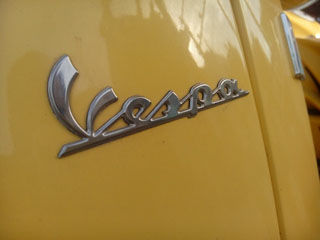 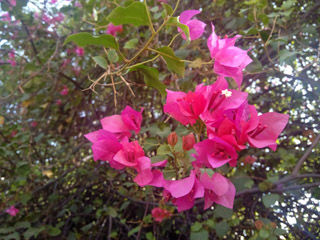 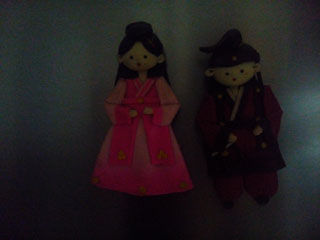 The camera app contains some filters and effects and a lot of settings to fiddle around with. So much so it takes some time to find a certain setting.

Overall the camera features and the quality is surprisingly good on the Q1200, if you love clicking pictures from your smartphone, then this is not a bad option to consider.

There are a number of smartphones in the same range and they have growing ever since the Moto G entered the game. The Q1200 is one of the best designed smartphones from Xolo and is surely a pleasant change from all those clunky plastic handsets. Yes, it is a straightforward copy of the iPhone 5/5S but it doesn’t look shabby for the price tag it is offered at. If you crave for good performance, then go for the Moto G, but if you want a solid design, then you could go for this smartphone considering its in the same price segment.