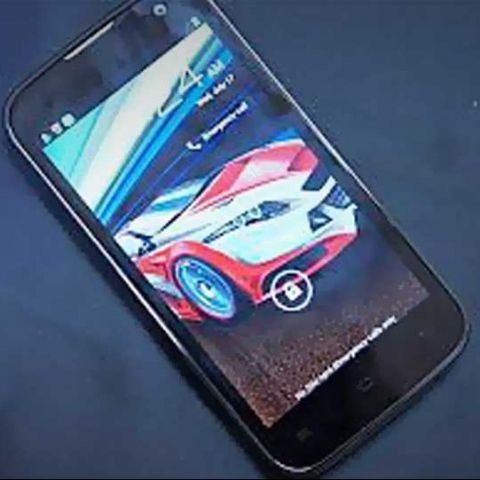 If playing games on the go is an absolute requirement and you are looking for a smartphone around the Rs. 15,000 budget, then the Xolo Play T1000 is the go to device for you. If gaming isn't your primary concern, you have a large library of budget phones around the Rs. 15,000 price point to choose from including the Xolo Q1000, Canvas HD, Zen Ultrafone 710HD to name a few.

Phones have come a long way since the dawn of the Nokia 1100. Nokia was the first to launch a dedicated gaming phone with the launch of the Nokia N-GAGE. The phone was brilliant for gaming with a dedicated D-Pad and textured buttons. I personally think its design was the best for a gaming phone, better than the Sony Xperia Play, the PlayStation designed phone that had two touchpads that worked as analogue sticks and were more gimmicky rather than features which added utility.

Keeping the standard 4.7-inch form factor in mind, the Xolo Play boasts of last year’s Tegra 3 chipset, and is being marketed as a gaming smartphone. Is it the gaming enthusiast’s budget gaming smartphone, or are you better off gunning for the dedicated portable gaming console?

At a Glance
Android 4.1 Jelly Bean, 4.7-inch display and a quad-core processor are the first things that you will notice about the device. Here is a quick look at the specifications of the smartphone when compared to the other offerings in its price range.

So, apart from the Tegra 3 processor combined with the older generation Android OS, the rest of the specifications of the Xolo Play are at par with the competition.

Design
One thing that we have really appreciated about Xolo smartphones in the past is that despite being budget smartphones, they are extremely well built. The Xolo Play follows suit in this direction. The face of the device has a 4.7-inch display with a 1280x720p resolution. The glass on the face of the smartphone is edge to edge. There are three capacitive buttons below the display.

The rear of the Xolo Play has a rubberized matte finish that adds to the grip of the device and gives it’s a nice smooth feel. The rear panel of the smartphone clamps around the borders of the device so the rubberized finish spans the border as well.

In terms of connectivity option, we have the microUSB port and the headphones jack on the top of the smartphone and the power button and the volume rocker on the right.

Overall the design of the Xolo Play picks up from the tried and tested and is something that we appreciate.

UI and Preloaded Apps
The UI of the Xolo Play T1000 is stock Android and that is a good thing. The only downside is that the device runs on Android 4.1 Jelly Bean, which is a bit old. The smartphone also has its own custom ROM. The keyboard is stock Android and you also get the stock browser for browsing the Internet.

Coming to the preloaded apps, you have the Tegra Zone app on the Xolo Play T1000, which gives you access to a large library of games. You also have a Xolo Power app that is good for managing the battery life and apps on the smartphone. The app gives you the ability to setup a synch frequency, night mode, low battery mode and more. You also get access to Xolo Secure app, which gives you the ability to back up your personal data to the cloud.

Overall, the Xolo Play has a stock Android UI that we really like. The interface is simple and the preloaded apps too are something we appreciate.

Please Note: You can’t transfer apps from the built-in storage to the SD card like you would traditionally do on an Android smartphone. Here, you can go to settings->storage and choose the SD card as your primary storage.

Performance
The biggest competitors to the Xolo Play are the budget quad-core smartphones that are powered by the MediaTek MT6589 chipset. Here is a quick look at the benchmark scores to see how the Xolo Play performs in front of the competition.

As you can see from the above benchmark scores, the Xolo Play scores at par with the competition. In the 3D Mark Icestorm Extreme and the SmartBench Productivity benchmark however, it scores relatively high.

Coming to the other performance aspects of the smartphone, the interface is really smooth and so is the touchscreen. Navigating apps, playing games, browsing the Internet, the interacting with interface on the Xolo Play’s display was great. The screen size and form factor is very Nexus 4 like, which we liked.

The keyboard is stock Android and is well laid-out. The device is comfortable to type on too. Playing games, watching videos or navigating the browser, the navigation experience on the Xolo Play is good.

The 4.7-inch display has a 1280x720 pixel resolution giving it 318ppi pixel density. The IPS panel has really good viewing angles and the text images; games all look crisp on the smartphone.

AVI and MP4 files ran smoothly on the Xolo Play and the video from the MKV files ran but the audio wasn’t recognised. Navigating the timeline of the videos, changing orientation, all was smooth on the native player without any hiccups.

Coming to the camera performance of the Xolo Play T1000, in low-lit conditions, the performance is bad. In well-lit conditions, there are points where the detail is good where the text is large. Where the text in focus is small, there is loss of detail. Since it’s raining in Delhi, the outdoor weather is quite gloomy. We clicked images of the streets; plants and more and the result was really good. Enlarge the image to 100% and you still have quite some details retained and that is a very good thing.

In terms of its battery life, the Xolo Play has enough juice to get through the day with average use. In our continuous video playback test, where the device is set to full brightness and full volume, the Xolo Play lasted for six and a half hours and that is really good. You can get good battery life from the smartphone with effective power management tools.

Gaming Performance
Since the device is marketed as a gaming device, we decided to push the Xolo Play and play a LOT of games on it. We played some Dead Space, Into the Dead, Real Racing 3, Conduit HD, Dead Trigger and more. We are happy to say that not only did the games run smoothly, but at they are graphical great performers on the smartphone as well. The graphics of the game were sharper and textures were smoother than we have seen on any other budget Rs. 15,000 smartphone. Also, unlike the MediaTek MT6589 chipset based competition, the Xolo Play can play Real Racing 3.

While gaming for a long duration, the smartphone did heat up. Even though the Xolo Play runs on last generation’s Tegra 3 chipset, it still outperforms the current-generation MediaTek-powered smartphones available in the market.

Bottom Line
If playing games on the go is an absolute requirement and you are looking for a smartphone around the Rs. 15,000 budget, then the Xolo Play T1000 is the go to device for you. Its gaming performance is better than the MediaTek powered smartphones available and its overall performance as a smartphone is good as well. It has a simple yet sturdy design and a comfortable UI. If gaming isn’t your primary concern, you have a large library of budget phones around the 15k price point to choose from including the Xolo Q1000, Canvas A116 HD, Zen Ultrafone 710HD to name a few.

Check out our video review of the Xolo Q1000 in the video below.