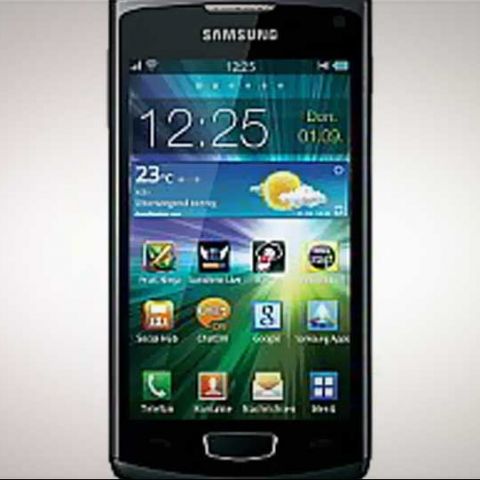 There is absolutely no doubt that the S8600 has excellent specs on paper, performs well and has a very good display. Beyond that, you are left wondering what this smartphone is all about. Neither does it have the oomph of an iPhone, nor the sheer app numbers of Android. And nor does it have the user experience offered by Windows Phone Mango. Its price rivals, the Samsung Galaxy S (Android), Samsung Omnia W (WP Mango), and iPhone 3GS (iOS), all offer a better OS and app experience.

In an ecosystem where only the fittest survive, we have seen the fit become fitter (Android and iOS), and the not so fit (Windows Phone 7.5) becoming very fit! Nokia seems to be thinking on the right lines when it is hedging its future bets on Microsoft’s born-again smartphone OS. RIM is fighting, and fighting hard. Which leaves us the burning question of the day - where does Samsung's Bada fit in?

Look & Feel
At a first look, and even much beyond that, the Wave III does seem to have a classy look and a solid build quality. Quite helped by the chassis that is made mostly of metal. The 9mm thickness and 122 grams of weight isn't bad considering this smartphone falls in the big screen category - 4.0-inches and beyond. Below the display are the two touch based keys for call connect/disconnect. Flip the phone over, and we have and we have the halfway slide to open battery cover. Keeping in mind this is a high-end Bada smart phone the easy to slide open (only partly) mechanism is a welcome design and usability element.

Features & Performance
The Wave III is powered by a 1.4GHz processor single core processor and paired with 512MB of RAM. There aren’t too many apps to try out the performance bit as it is, but we did install a bunch of apps and let them run in the background. And am happy to report that the interface remained quite slick throughout.

There is 4GB of internal storage as well as a microSD card slot (up to 32GB) that should be enough to hold most of the music collection.

The 4.0-inch Super AMOLED display is a delight to use, thanks to the crispness of the text written and a very good brightness level. Surprisingly, the colour wasn’t as vivid as the one we have seen on some other devices with the same display. But that might actually be a good thing, since it’ll negate the overbearing red colour shades from the equation. The crispness of the text is a huge bonus, and added to that is the slightly bigger font sizes (when compared to Android) - a perfect combination to help read messages and mails comfortably

The most important ingredient of this particular dish is the operating system - Bada 2.0 version. This is the update to the version we had seen when we had reviewed the Wave II smartphone earlier this year. However, Samsung’s treatment of the OS on this particular device makes it look like Android more often than not. The TouchWiz UI retains the same look, as on most Android phones. Move on to the applications list, and the UI treatment is very similar to the Galaxy SII, again! Samsung has loaded the Wave III with its apps - Music Hub and Social Hub. A new add-on is the app Chat-On, which works like the Blackberry Messenger and WhatsApp. However, comparing to the previous version, Bada 2.0 looks and feels much better to use. Partly it is the effect of the UI skin, but even then, the icons are better, and the transition animations give it a classy aura, perhaps befitting the powerful hardware.

The 5MP camera can record 720p HD videos. The picture quality is quite good, and in good lighting conditions, there was literally no noise. That does slightly creep in as the ambient brightness goes down. Videos are smooth, but do suffer from ever so little jerkiness in pan shots.

The 1500 mAh battery does tend to hold up quite well. You should get about 2 days on a single charge, with EDGE/Wi-Fi connected throughout.

Our Take
If we look at the Wave III in isolation, only considering the performance and the specs, then it is an excellent deal. It delivers on both counts, and adds a solid yet classy build to it as well. However, the moment the blinkers are removed, the problems creep up. At the same price point, it is fighting off its own siblings - the Galaxy S (Android) and the Omnia W (Windows Phone Mango), as well as the Apple iPhone 3GS (Apple iOS). The issue is simple - all three rivals offer a better package overall, particularly if you want to download and use a lot of apps.