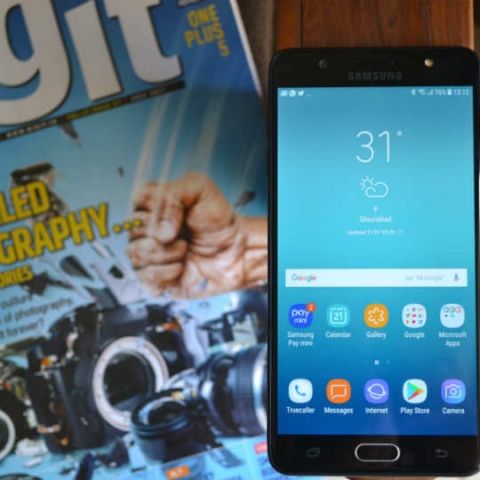 The Samsung Galaxy On Max is the latest addition to Samsung’s ever growing online only On series. The phone is derived from the Samsung Galaxy J7 Max and keeps most of the specifications and aesthetics intact. It has a new octa-core chipset and an improved camera. Going by what the Galaxy J7 Max was able to achieve, at the beginning of this review we expected the On Max to surpass that at least. Were we right, but let us take you through our full review and find out. 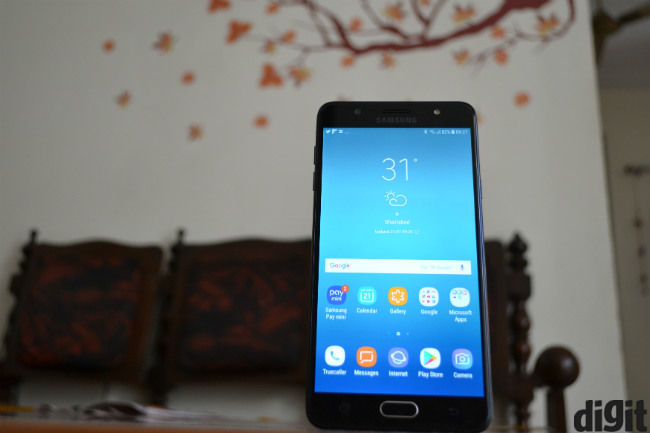 Build and Design
As I mentioned earlier, the On Max is actually a J7 Max with some new tricks up its sleeve, dressed in the same attire. So, there is nothing different in terms of design, build quality or even the ergonomics of the two phones. The back of the phone is wrapped in metal and the top and bottom portions are plastic with a metal finish. The phone looks and feels quite premium, but like most budget smartphones, slab-like. There is one thing missing from the On Max and that is the ring flash on the rear camera, absence of which we don’t mind, as the On Max offers superb camera capabilities for its price anyway (more on that later). 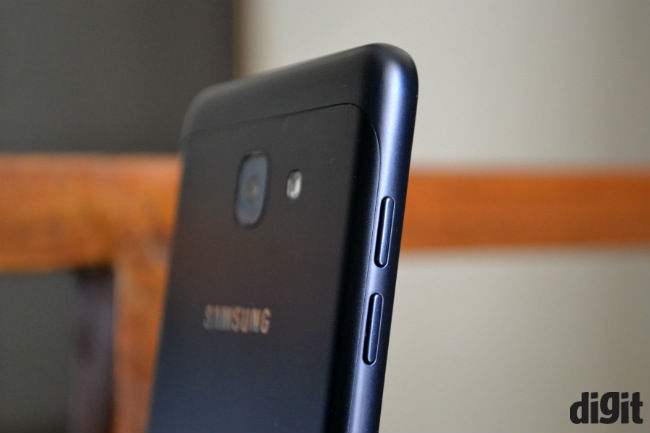 The larger footprint also takes some time settling into your palms, but you won't mind adjusting your grip to reach the volume rocker over time. The home-cum-fingerprint scanner remains at the bottom centre, with the recents and back keys on either side. While there is nothing wrong with the setup, some people may find the physical home button, which you have to press down to go back to the home screen, a little unnatural compared to the rest of the navigation.

Display and UI
While the design remains largely borrowed from the J7 Max, the On Max does get a new display, posting an impressive score of 671 lux on our luminance meter. This is almost a 100 lux brighter than the J7 Max. It features decent colour reproduction as well as good viewing angles. Samsung could have provided its signature AMOLED display on the phone, but the 5.7-inch 1080p TFT display does the job well. Like the J7 Max, the On Max display also looks slightly washed out, but on day-to-day basis, that is something which a majority of people won't notice. The touch response is also accurate and smooth, and since this is a large display, videos and movie watching experience on the device is really good. 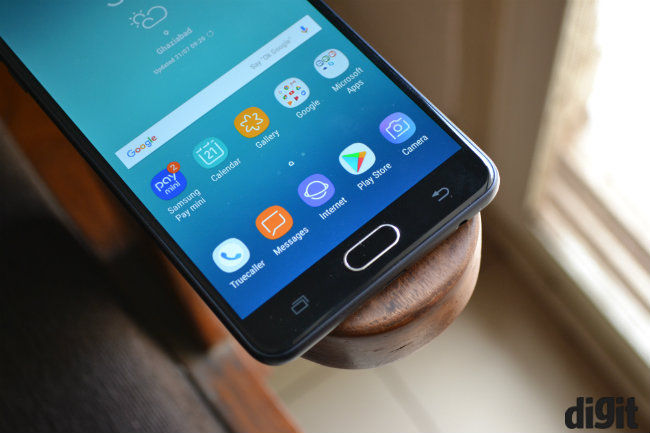 We also like the fact that the Samsung Galaxy On Max comes with the Android 7.0 Nougat out-of-the-box, which most smartphone OEMs, especially in the budget segment are ignoring. The UI though, looks pretty similar to what we have seen on previous Samsung devices, such as the Samsung Galaxy S8 or the J7 Max.

It’s good that Samsung is maintaining that minimal aesthetic look, that we have grown to like, but we would also like to point out that Samsung is still duplicating apps. You still get proprietary mail and browser apps, which aren’t necessary. There are two different app stores on the phone, including Galaxy Apps and Google Play. Apps like S health, Samsung Pay Mini and secure folder, which are actually quite good are behind Samsung’s account login. So, to use them you would have make yet another account. We are not saying this is an issue with the On Max, but with all Samsung phones, and the problem could have been resolved by just allowing users to login via their pre-registered Google account. 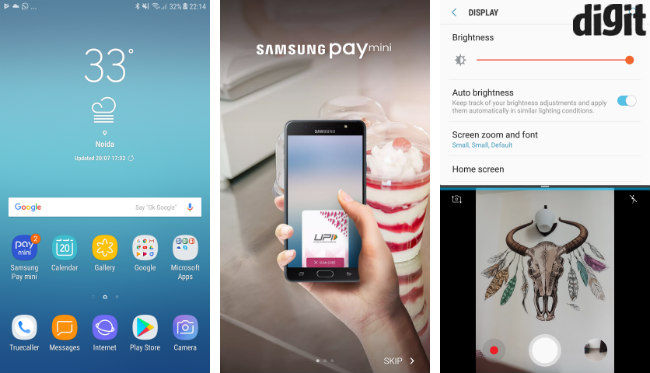 In addition to all this Samsung also has face unlock on this phone, which is not as safe as your fingerprint scanner. Moreover, it works only if there is ample ambient light.

Performance and Battery
If you have already gone through our Galaxy J7 max review by now, then you would know its performance left us wanting. Samsung has tried to overcome the slow performance of the MediaTek Helio P20 using a newer, more powerful Helio P25 Lite. This SoC shares its octa-core setup with the P20 only, but packs a better punch. Now, the performance is still behind devices running the Qualcomm SD652, like the Coolpad Cool 1, but it does catch up to the most SD625 powered devices.

Combined with 4GB of RAM, the On Max provides smooth performance with few occasional lags. So, whether you are editing images on Snapseed or just scrolling through Facebook, the phone does the job well. Gaming performance and the graphics quality have improved and this is easily visible in synthetic benchmarks. Although, don't expect super fast app loading. 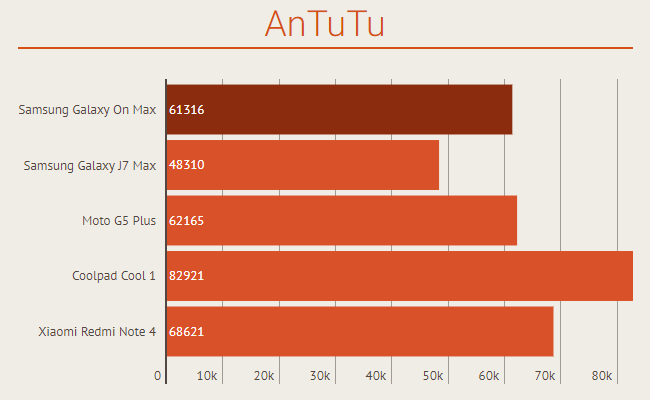 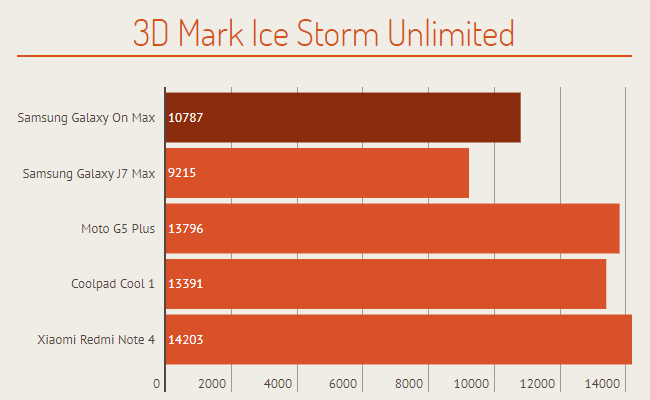 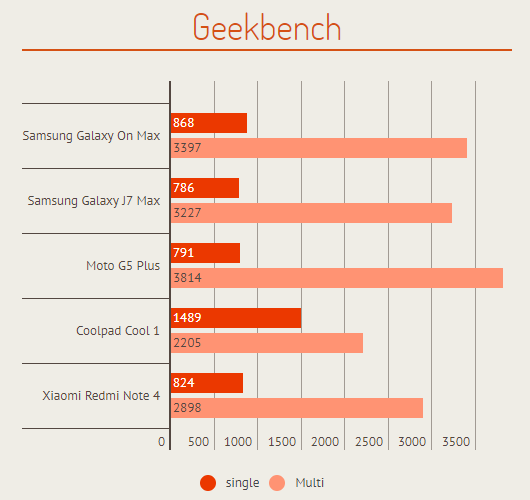 The performance however, comes at the cost of battery life. While the 3300mAh battery is well optimised to work for efficiency, the Helio P25 still drains more battery than the P20. In our PCMark battery test, the phone lasted for just 6 hours and three minutes. Using it as a daily driver, we observed that the phone would last even a heavy user an entire work day from dusk till dawn. Although, one might have to constrain their gaming sessions to let the phone survive the day. However, if you are just streaming a few episodes of your favorite show, the phone would get by just fine.

Camera
While battery life is good enough, the rear camera on the Samsung Galaxy On Max is just superb. Samsung is using a 13MP rear camera setup with f/1.7 aperture. This, combined with the new camera, captures well detailed images in all lighting conditions. While images taken during the day are amongst the best in its category, the On Max really shines in low light conditions. In low light, the f/1.7 aperture comes into the play in full force and Samsung’s new camera algorithm works overtime. However, in our tests we found that in low light the camera performs better if you switch to Pro mode, since the camera has the tendency to brighten the image, which may not be suited for all low light conditions. We also observed a slight posterization effect in some low light images, which happens due to the aggressive algorithm, that smoothes noise. This means that the On Max is really good for taking silhouettes. (Note: All images have been resized to fit) 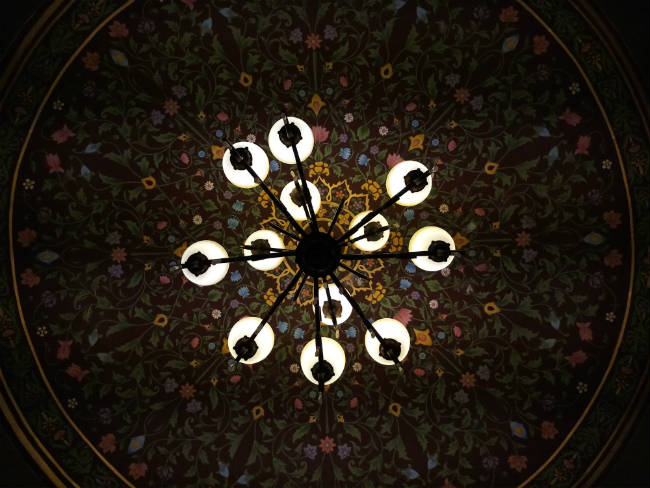 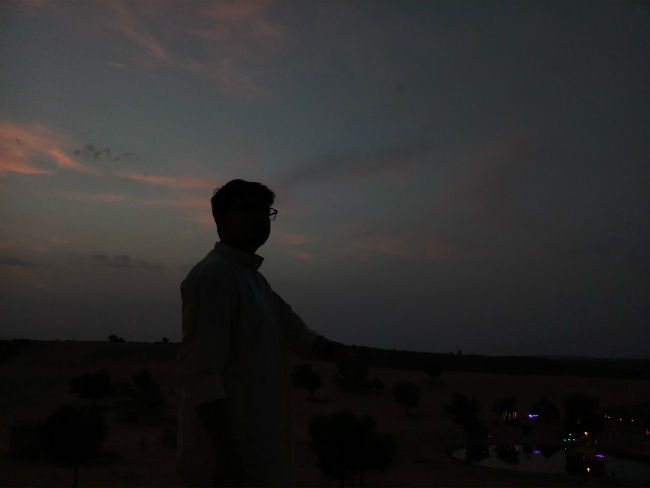 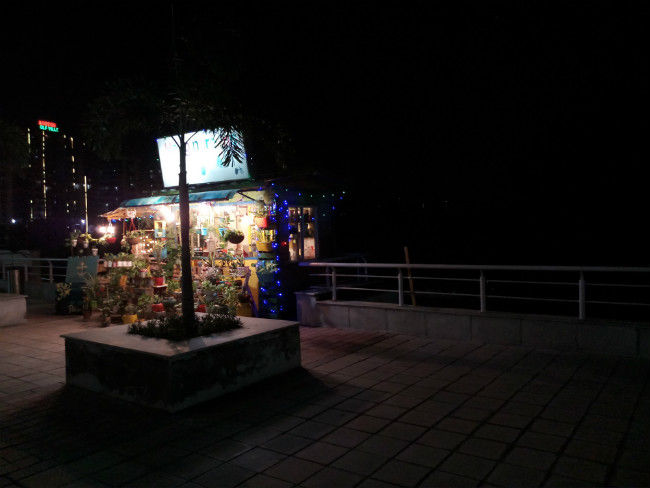 That being said, there is a focus locking issue we find is persistent while shooting macro in low light conditions. The camera tends to shift focus to infinity and is unable lock focus on the small subject in the foreground. White balance and dynamic range remains impressive in all situations, so that is one less worry. Moreover, Samsung phones have a tendency to make images slightly warmer, which is not exactly an accurate representation, but is something many would like. 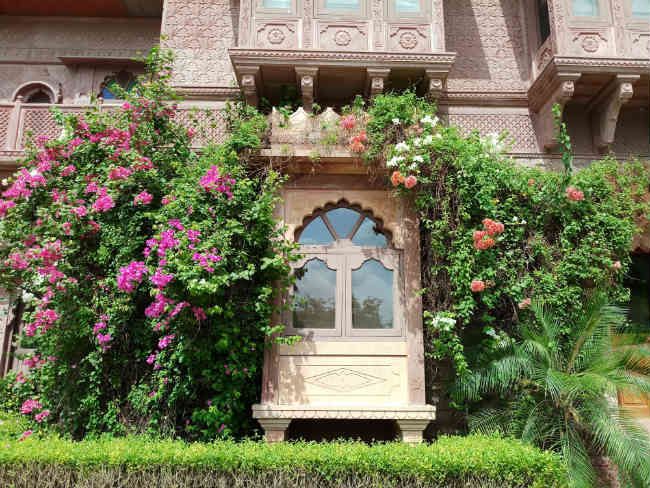 Samsung has also made some improvements to the video department, with better video stabilization and swift autofocus. The autofocus in videos struggles during the night, which is understandable. The front facing camera on the phone is also good and features a 13MP sensor with f/1.9 aperture. It takes detailed images, adding a slight warm tone it. You also get a front facing flash for low light selfies, but that is not very helpful in pitch dark conditions. 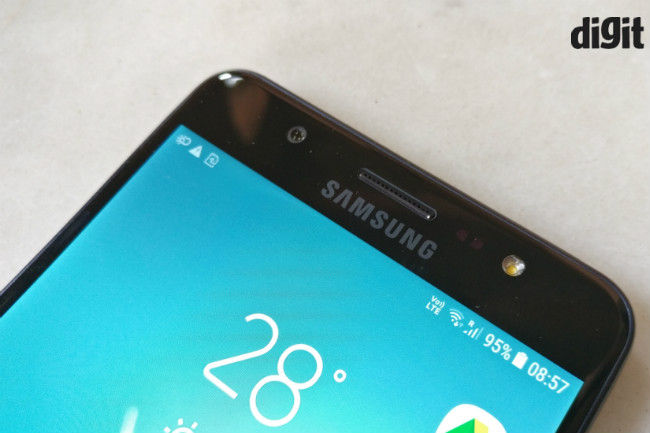 Bottomline
So, The Samsung Galaxy On Max finally evens out the playing field, something the Galaxy J7 couldn't do. It has one of the best rear cameras we have seen in the sub-20K category, especially in low light conditions. Although, we would have loved it more if the camera could have provided more consistent focus in low light conditions. We believe Samsung can fix this with a simple software update.

Samsung’s efforts to offer Android Nougat out-of-the-box are also appreciated, but we would love to see less Samsung bloatware in times to come. As for the performance and battery life, we believe both are satisfactory and will get the job done on a day-to-day basis. We don't have any complaints about the design, build and feel of the phone.

A few weeks back when we reviewed the Samsung Galaxy J7 Max, we found its imaging performance to rival the Moto G5 Plus - a de facto recommendation in the sub-20k segment. However, the J7 Max was not a competent phone on overall terms, and that is what Samsung Galaxy On Max intends to change. While it maintains its good camera quality, it seemingly falters much lesser than the J7 Max in terms of overall performance.

With that, while the Moto G5 Plus is a much better overall smartphone, the Galaxy On Max is the better shooter of the two, by a slight margin. All this makes the Galaxy On Max one of the best phones to buy under Rs. 20,000. 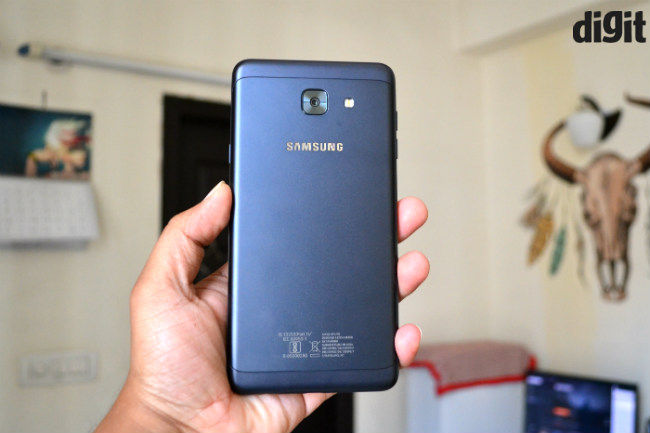