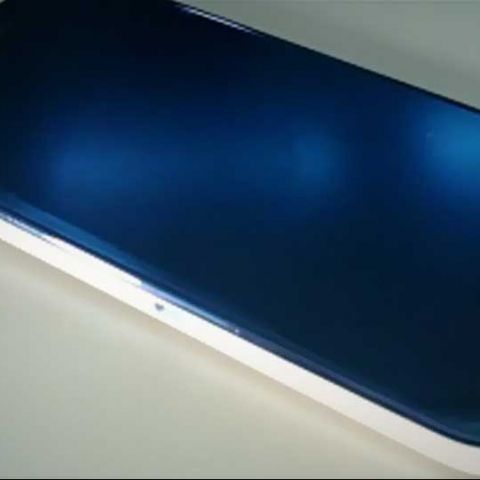 For what is Panasonic's first serious effort at making a proper smartphone, the P51 is a very good device. The performance is stable, but the real attractions are the good display and the relatively untouched user interface, leaving it as close to pure Android as possible. The dual-SIM feature is a major added advantage, for someone who doesn't like carrying two phones.

First attempts at a new gadget category are usually disappointing, or have far too many rough edges for comfort. However, the fact that the Panasonic P51 does well on both those fronts gives it a rather solid platform to build on. For a first effort, we are very impressed, and things can only get better from here on in.

Build & Design
Straight out-of-the-box, the Panasonic P51 does have a rather big footprint, perceptibly so, once you use similar 5-inch display size phones like the Samsung Galaxy S4 and the HTC Butterfly. However, the blame for that can be put squarely at the thick bezel around the display. Any thinner, and this would have been of similar thickness as the aforementioned phones. But, the width cannot take away from the fact that the P51 is a very thin smartphone. Despite the thick bezels, the P51 still is very much pocketable and partly manageable for single hand use, with the slimness being a saving grace.

All in all, the Panasonic P51 is built very well, with good quality materials used. The non-slippery finish on the battery cover helps with the grip. Two finish options are offered with the colour of your choice – the white one has an enamel finish while the dark option gets the soft feel finish back. The battery itself is sealed away, and all slots are on the spines – the two SIM slots and the memory card slot. This is the first dual-SIM phone with micro SIM slots.

While the Panasonic P51 is big, it does feel a lot better built than some of the rivals vying for money in the same price bracket. Feels premium to hold, and all said and done, feels more expensive than it actually is. From some angles, I personally feel it has shades of the HTC One X ’s design! And that is a good thing.

Features & Performance
Let us start with one of the aspects that immediately impress - the Panasonic P51’s 5-inch display. This piece of real estate is the IPS LCD type, with the native resolution of 1280 x 720 pixels. Text rendering is a bit of a mixed bag. The rendering and crispness on web pages when zoomed does have some noise around it. Zooming in a bit makes it very readable and sharp. For reading something like an SMS, the readability is very good. Impressive colour richness is very good for multimedia consumption. The display handles HD videos fairly well, with viewing angles that are wider than usual with most phones. The display has the DragonTrail scratchproof glass layer, working with the same principles as the much more popular variants of Gorilla Glass. Nevertheless, we would still be careful and not keep pens or coins in the same pocket as the phone.

Panasonic hasn’t messed around too much with the Android Jelly Bean UI on the P51, except custom icons. The skin, unlike Samsung’s TouchWiz or HTC’s Sense, is fairly minimal. We appreciate this aspect, because quite honestly, UI skins do hamper performance to a certain extent. Honestly, the icons don’t feel very slick or smooth, and a little finesse next time would go a long way in improving this aspect of the experience.

The specifications are fairly standard for a phone that costs this much. The Panasonic P51 is powered by a MediaTek MT6589 quad core processor clocking at 1.2GHz and is paired with 1GB of RAM. In line with the hardware powering the device, the performance is fairly acceptable. Open a bunch of Social Networking and IM apps in the background, and the P51 goes along merrily without slowing down. Boot up time is fairly quick, and apps load quickly. The fact that the phone doesn’t get bogged down by background app load did mean that at times, we didn’t even realize there were 5-6 apps open in the background. Games play without any issues, but there will be the occasion stutter in the Real Racing 3 gameplay. The camera is usable for shots taken in good light, but low light shots are disappointing. Good enough for uploading pictures from that party, on FB, without any issues.

The only issue with the Panasonic P51’s specs is that the phone comes with 4GB of RAM, with the additional microSD slot for memory expansion. While expansion is fine, just 4GB of internal storage is a bit of a downer, and at least 8GB is expected in line with the trends that smartphones are now setting.

The Panasonic P51 is the first dual-SIM phone with both microSIM slots. One SIM slot will handle 3G connectivity, and the other is restricted to just 2G networks. Call quality is indeed very good, on both SIMs. Battery life, at medium usage, will get you through a day easily. However, for those You Tube or gaming sessions, drain will be quite quick. The good thing is, the P51 doesn’t heat up when really stressed, something that even a lot more expensive smartphones cannot boast of!

Bottom Line
For what is Panasonic’s first serious effort at making a proper smartphone, the P51 is a very good device. The performance is stable, but the real attractions are the good display and the relatively untouched user interface, leaving it as close to pure Android as possible. The dual-SIM feature is a major added advantage, for someone who doesn’t like carrying two phones. For the sake of alternatives, it is a toss-up between this and the Samsung Galaxy Grand.
While the Panasonic P51 is a very impressive smartphone, the Samsung Galaxy Grand would still be the more popular choice, and the reasons being simple. First, This is Panasonic’s first serious smartphone effort, and we don’t know how quickly software and OS updates will be released and second, Samsung has a much better accessory ecosystem that will be a tough act for Panasonic to replicate.