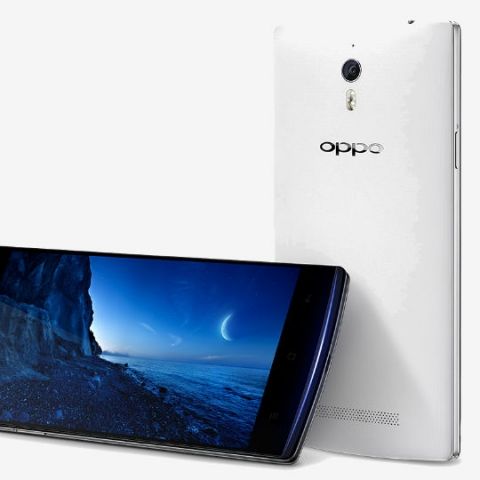 If, for some reason, you have an absolute hatred of big established brands or you’re looking for something else beyond the big four names in Android, then you shouldn’t hesitate from picking up the Oppo Find 7. However, considering the inconsistent display quality and the fact that Oppo remains an untested name in the Indian market, it doesn’t do enough for me to be able to recommend it over the big four flagships.

Brand aficionados, look away and go seek some liquid courage. The Find 7 from Oppo, a brand that hardly anyone stacks up alongside the Samsungs and HTCs of the world, makes a strong push for the flagship segment and almost, almost manages to break through.

Let’s take a look at how the new smartphone from the Chinese phone maker almost became the next big thing.

These specs put the Find 7 right amidst the other flagship smartphones such as the Sony Xperia Z2, the HTC One M8 and the Samsung Galaxy S5.

Although the Oppo Find 7 runs on Android 4.3, the interface clearly does not resemble that of stock Android. That’s because the Find 7 sports Oppo’s own Colour interface. In terms of usability and the way it works, the interface is similar to Android. You swipe the notifications panel from up top, you swipe horizontally to go to different pages, you push either the on-screen options button or the capacitive options button to get contextual menus inside apps etc. However, the Colour interface stands apart thanks to a clean, good looking design. Unlike most custom UI jobs, the one on the Find 7 does a good job of looking good and not adding unnecessary complications just for the sake of being different. The most important feature though remains that the Colour UI does not add a performance hit and is smooth and quick to use. 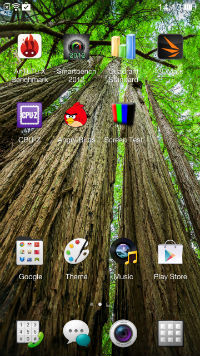 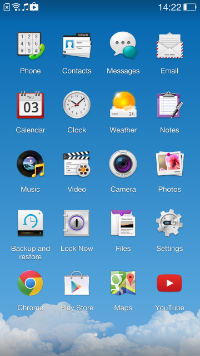 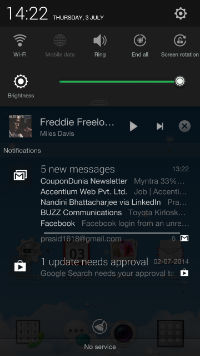 Oppo has also setup an online store from which you can download custom wallpapers, themes, different types of lockscreens etc. This is clearly an interface designed for those who like to change up the look of their phone every once in a while. 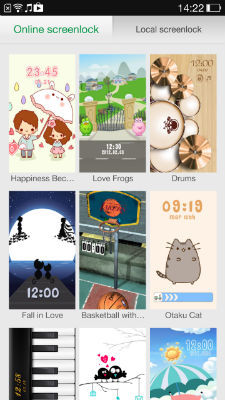 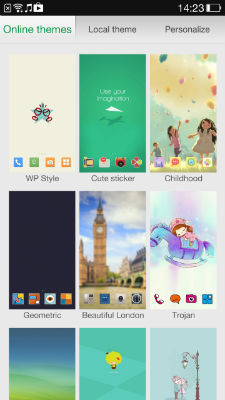 Apart from the general interface, the Find 7 also comes with default apps that are different than the ones you see in most Android devices. These include the calendar, photos, dialer, email, music and camera apps among others. While these apps look different, they work the same way as on stock Android, so you won’t really come across a steep learning curve if you buy the Find 7. The phone also gives you access to O-Cloud, Oppo’s cloud storage service that you can use to backup photos, contacts and messages.

The Oppo Find 7 is a good looking phone. Its front is completely covered by glass except for a thin plastic bezel at the bottom. The sides of the phone have chrome accents while the back is made up of soft touch plastic with a patterned finish. The phone does feel a little heavy at 171 grams and since it’s quite large, it does not make for effortless one-handed operation. 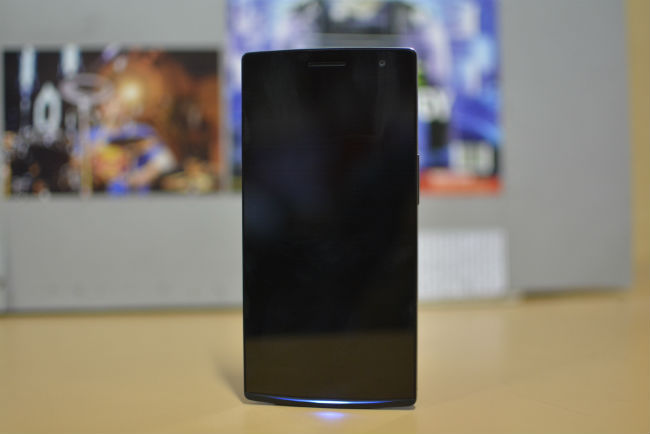 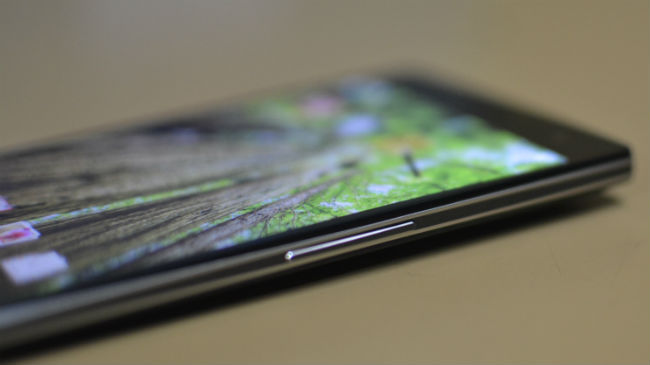 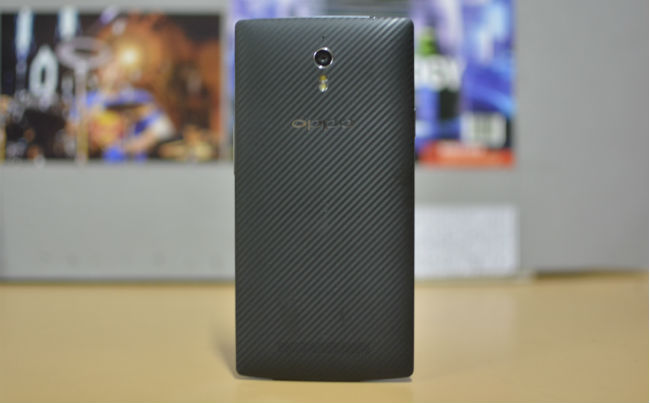 Despite the plastic back, the Find 7 is well built without any issues like wobbly buttons or creaking joints. Even though the Oppo phone looks like it has a unibody, the back panel is actually removable. However, removing the panel is quite an effort since there’s no groove to use to pry it open. Since the microSD card slot can only be accessed by removing this panel, Oppo should have made the process easier.

Overall, the Oppo Find 7’s build quality and looks only serve its interests in trying to break into the high end segment.

The Find 7’s 5.5-inch QHD IPS display is going to be very polarizing (no pun intended). On one hand, its high pixel density and IPS panel makes it super sharp and amazing to look at, at least if you do so for a quick spell, with excellent viewing angles. On the other hand, the display is dim and has some surprising contrast issues. It’s also not capable of accurate colour reproduction and when displaying a completely white image, a blue-purple tint is very apparent. As a result, people are either going to find the display amazing or not up to the mark. On our part, we were disappointed. 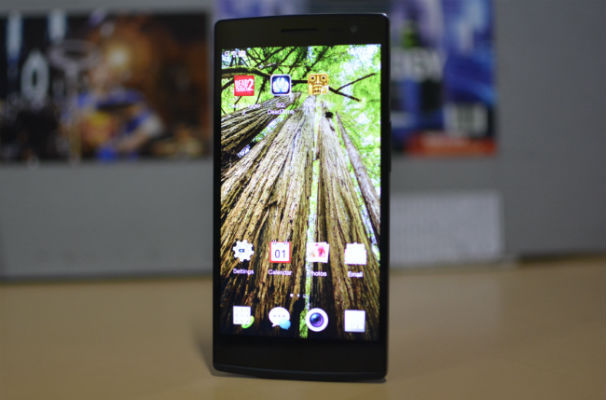 Moving on to less depressing topics, the Oppo Find 7 again makes a good showing when it comes to performance. Here’s a quick look at the benchmark scores posted by the Find 7 alongside the scores posted by the flagship smartphones from Samsung, HTC and Sony mentioned earlier:

As you can make out from the above charts, the Find 7 absolutely manages to stand its ground among the competition. It also performs really well in real world usage and I didn’t come across any crashes, lag or freezing issues over the course of the four days I used the phone. Gaming on the Find 7 is also an excellent experience. Popular games like Dead Trigger 2, Shadowgun: DeadZone, Angry Birds and Temple Run 2 run very well on the phone and look good as well. The Oppo phone does heat up a bit when playing graphics intensive games but it wasn’t a lingering issue. Browsing the Web is also a similarly satisfying affair primarily due to the large screen and excellent touch response.

The Oppo Find 7’s 3,000 mAh battery will be able to easily last a day of normal use. In our battery test, the phone was able to last for 7 hours while playing an HD video continuously with the screen at maximum brightness and Wi-Fi switched on.

Calls on the Find 7 sounded clear and loud although we did find the speaker a little soft during phone calls.

The Oppo smartphone has a 13MP primary camera that can also shoot 4K videos. The camera also has the ability to shoot a 50MP photo which it does by capturing multiple photos of the subject and then stitching them together to create a larger image.

In terms of imaging performance, the Oppo is very good. Photos shot indoors under normal lighting achieve a fine balance between keeping noise at bay and capturing details. Outdoor shots also look very good although I did notice that the camera tends to exaggerate the darker spots in the shots. Shooting under less than acceptable lighting let in some noise into the shots and also dulled the colours substantially. This is where shooting in 50MP helped as we noticed that details were better preserved and colours looked better in low light shots when shooting in that mode. Check out the photos we shot with the Oppo Find 7 below. You can click on each image to enlarge it in a new window. 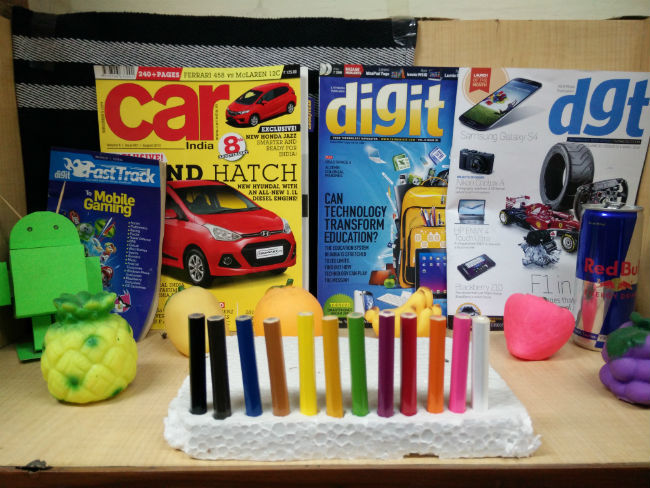 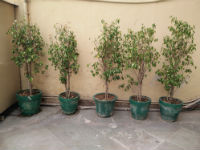 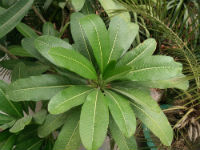 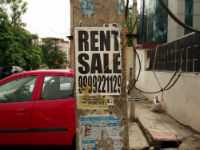 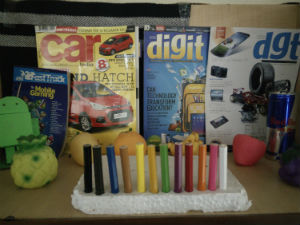 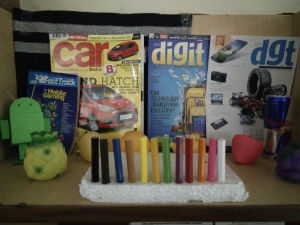 Another impressive thing about the Oppo Find 7’s camera is how quick it is at everything. Everything from focusing to shooting happens quickly which means that you will not miss out on any moments if the Find 7 is your camera of choice (Of course, shooting in 4K video or 50MP photo mode does involve extra time for processing and saving).

If, for some reason, you have an absolute hatred of big established brands or you’re looking for something else beyond the big four names in Android, then you shouldn’t hesitate from picking up the Oppo Find 7. However, considering the inconsistent display quality and the fact that Oppo remains an untested name in the Indian market, it doesn’t do enough for me to be able to recommend it over the big four flagships.

Also, personally, I believe that Oppo should have done the smart thing by pricing the Find 7 closer to the Rs. 30,000 mark than the current MRP of Rs. 37,990. If it had done so, then I’m pretty sure that the Samsung Galaxy S5 (currently selling for Rs. 35,000) would have felt the heat.

Oppo Reno 7 Pro 5G Review: Lots of style, but what about substance?