Nokia X3-02 - Basic mobile phone, that does quite a bit Review 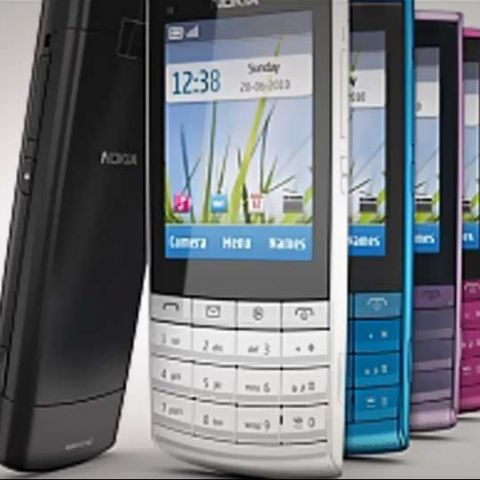 The Nokia X3-02 offers something that is quite rare in this price bracket- a touchscreen complemented by a physical numeric keypad. While the phone isnï¿½t really a smartphone, the Symbian S40 interface does attempt to give a more ï¿½matter to factï¿½ look. However, the disappointing touchscreen response may put you off.

Nokia X3-02 - Basic mobile phone, that does quite a bit detailed review

Nokia, once known for really solid budget phones (essentially, the non-smartphone category), seemed to have lost the plot, off late. Remember the ruggedness of the 3310 and the 3315? Those phones were so solidly built that no matter what torture they went through, they almost always survived without a grimace. A few years after these phones were released, Nokia made some really solid phones, which offered the looks, functionality and solidity. However, off late, the Finnish handset manufacturer had lost the touch a bit. The non-smartphone category devices were drab. The Nokia X3-02 attempts to set the problem right, with an offering which has a touchscreen and a physical keypad as well.

First Impression: Extremely slim
The X3-02, straight out of the box, feels extremely slim. And looks very traditional as well, with the physical numeric keypad as well. Essentially, this looks like a traditional candy bar phone. And you will be forgiven if you don’t even realize that this is a touchscreen phone! The 2.4-inch screen has the goodness of touch as well.

The phone that we got for review was dressed in a combination of black and grey, which looked quite good. The matte finish makes this less needy of cleaning against the fingerprints and largely immune to the scratches. The numeric keypad has the star, hash and 0 keys to the right. The top layer has dedicated buttons for call connect/disconnect music and emails.

The build quality is quite good. While you do feel that the phone is essentially a plastic body, it doesn’t feel cheap or creaky. The battery cover is anodized aluminum though. The slim form factor does allow it to sit well in the hand.

Features: Touch and type
The X3-02 looks a lot like the traditional phones with a numeric keypad, and it isn’t easy for most people to figure out that there is a touchscreen there as well, just by looking at it. But for a price of just less than Rs 9000, the X3-02 attempts to offer the best of both worlds. Add dedicated buttons for multiple apps on the keypad, and you have a phone that really means business.

The interface has taken a lot of cues from Symbian’s smartphone OS, which gives this a pretty similar appearance, interface wise. However, an essential app- the music player does have a very drab interface. While the screen size constraints may have had something to do with it, a good-looking media player is almost a necessity now!

Performance: The hidden talents
[RELATED_ARTICLE]The X3-02 is not a smartphone, and you can feel that it tries to show that it is not a dumbphone either. The S40 Symbian interface has taken a lot from the new Symbian 3 interface, in terms of the icons, mostly. It took Nokia quite a while to get the touchscreen interface working on the Symbian S60 OS (remember the N97 and the 5800 XpressMusic?), and sadly, this is pretty much the same story with the S40. While the interface looks good, the touch doesn’t work very well. The resistive screen’s limitations really show up, particularly because the touch response isn’t very sure and consistent. This is most felt when you are scrolling up and down a menu. While you may attempt to scroll down the menu, you may actually end up selecting something and opening another menu.

Touch response related annoyances take the sheen off the fact that the physical numeric keypad is fantastic. The keys feel solid, and the response is sure. The only thing that needs getting used to is the fact that the hash, star and zero keys are on the right. And if you have the habit of typing without looking, that can be a bit of a learning curve.

The 2.4-inch display is very basic, offering 256k colours in a resolution of 240x320 pixels. If you are looking forward to watching videos on the phone, expect a very basic viewing experience. Audio playback is pretty good as well, assuming you have a pair of decent headphones plugged in to the 3.5mm jack. X2’s built-in speaker is extremely loud. Crank up the volume beyond 70%, and there is a really sharp edge to the sound, so much so that it can hurt the ears, if you are listening to music. Music may not be best heard on the speaker, due to the lack of punch, but will help a lot on calls.

Being a phone primarily, the X3-02 does well on the call quality and clarity front. The earpiece volume levels are quite loud, and the same is true for the built-in speaker. Calls, even in noisy situations, will not be a problem. Clarity offered is pretty good for the earpiece and on the speaker as well, up to a volume level of 70%.

Since this is not a smartphone, without the bells and whistles of the syncing apps, and with basic hardware specs, battery backup is a steady 2 (and a bit more) days from full charge to full discharge. The tiny 860mAh battery does manage extremely well, perhaps helped by the fact that there aren’t a lot of apps constantly syncing online. The phone could have done with a bigger battery though.

The 5MP camera is quite okay. Without the flash, the capabilities are extremely limited. Images are passable, with quite good clarity. However, colour depth isn't really there. Video recording is also something which essentially makes up the numbers. Videos are smooth, but the camera does get annoyed in case of sudden lighting changes and jerky movements.

Read on to know about our verdict on the X3-02, the specifications and the price...

Our take: A bit of both worlds
The Nokia X3-02, performance wise, does not offer something tremendously different from what the rivals offer. However, the additional touchscreen capability is what sets the phone apart from the rest. The availability of a keypad as well as touch capabilities jut adds a dollop of convenience to the entire phone usage experience. If you want a phone that offers both, under Rs 10k, this is what you should buy. However, if you can stretch the budget a bit more and spend about Rs 12k, we would recommend you check out the Samsung Galaxy 551. It offers a bigger touchscreen, a slide out side QWERTY keypad and a smartphone OS- Android.

Nokia X3-02 - Basic mobile phone, that does quite a bit Key Specs, Price and Launch Date

Nokia X3-02 - Basic mobile phone, that does quite a bit

Nokia X3-02 - Basic mobile phone, that does quite a bit