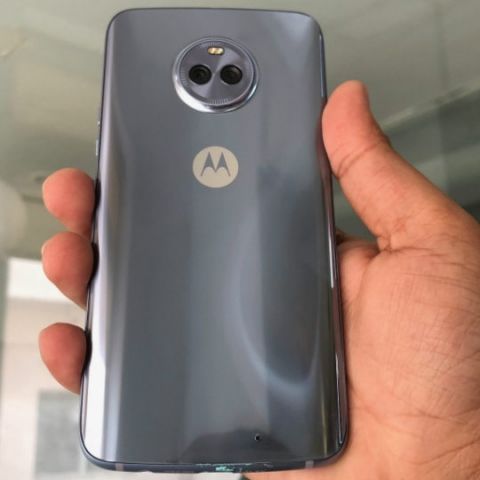 If you want to be the first to try out the new Moto Action and the AI-centric camera features before anyone else on a Moto phone, you are more than welcome. But do note that these features will be a standard across all Moto phones this year and especially the upcoming Moto G6 that is slated to launch at MWC 2018, which will be much cheaper than the Rs 24,999 price tag the Moto X4 (6GB) carries.
The 6GB Moto X4 with 64GB storage now sits at the top, followed by the 4GB Moto X4 with 64GB storage and 3GB Moto X4 with 32GB of storage. So, the phone starts from Rs 20,999 and goes all the way up to Rs 24,999. Essentially, you have a version of Moto X4 for every budget in the Rs 20k-Rs 25k range. More choice is always welcome, but if there’s little to differentiate between them, it only ends up confusing the buyer.

In the time of giant bezel-less screens, compact phones are a rarity. Even rarer is a powerful mid-range compact phone, which is a power user's wet dream. Thankfully, Moto attempted to fill up that vacuum with the Moto X4 last year. The phone came with a premium glass-and-metal design, a powerful mid-range Snapdragon chipset and 4GB of RAM. But a phone with 4GB of RAM couldn't be taken seriously as a power user's phone, so Moto went ahead and launched another variant with 6GB of memory.

That’s just about it. On the software part, the phone will run on Android 8.0 Oreo out of the box, which is quite expected and a few upgrades to the camera, as part of the update. We had reviewed the older Moto X4 and found it quite underwhelming despite appreciating the premium, compact design.

While there were speculations that the upcoming Moto X4 will have entirely new and upgraded hardware inside, just a RAM upgrade seemed quite disappointing. The upgraded Moto X4 costs Rs 2,000 more than the 4GB variant. So what gives? We ran our set of benchmark tests on the phone and found there has been some improvements in the scores. But will that convert to improvements in the real world? We found out.

What will the extra 2GB RAM give you? 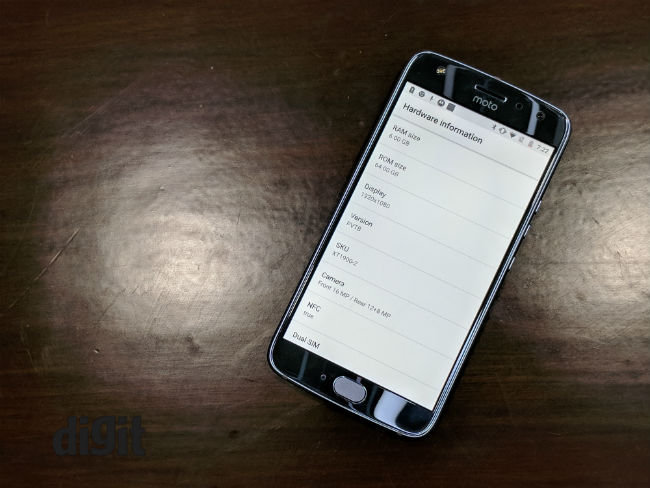 Straight off, more RAM means the phone will have more memory to do more things simultaneously. You can keep more apps open in the background, perform intensive tasks like editing on Photoshop, gaming, etc. faster and see lesser slowdowns and app crashes. But only by a whisker. Then again, my guess for upgrading the Moto X4 with more RAM has less to do with improving the general performance, and more to do with impressing spec enthusiasts. 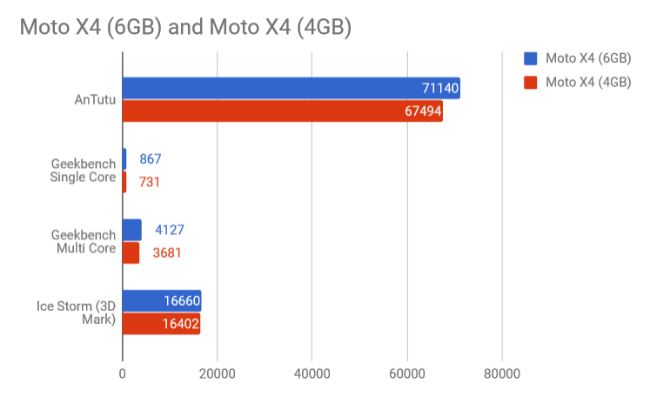 The 4GB RAM variant of the Moto X4 was notably quite proficient in performing all the intensive tasks you would normally perform on a daily driver without a hitch and adding 2GB more RAM keeps more memory free and increases that threshold of bottleneck, where phones start stuttering and slowing down.

If you power on the phone and immediately see the amount of free RAM available, you will notice the 6GB RAM variant has around 73 percent free memory while the 4GB RAM variant had around 62 percent free memory. However, after a few apps have been opened and the phone has been used a bit, the percentage of free RAM available are almost the same in the two variants. That’s odd as Android Oreo is more lightweight and should take up less memory than Android Nougat. For some reason, the RAM usage is more in the Moto X4 6GB than the Moto X4 4GB.

Show me what you can do 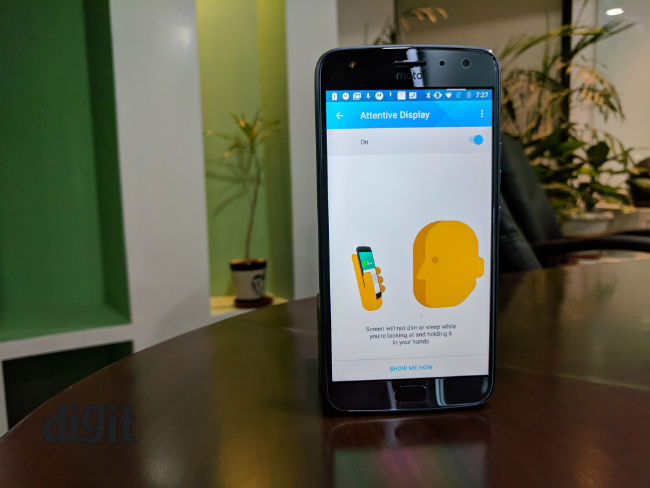 Perhaps, the optimisations Moto has made to the UI requires more memory to function. The new Moto X4 does come with a new Moto Action called ‘Attentive Display’ which keeps the screen on as long as you are looking at it and dims it and eventually turns it off if you are looking away, to save more battery. The phone uses the front camera to do it.

The rest of the Moto Actions including Moto Voice and Moto Display use a low-power always-on chip to function. Moto Voice is the localised voice assistant in the phone which uses “Show Me” commands to open apps and perform tasks even when the phone is asleep. Despite Google Assistant omnipresent in the device, "Show Me" commands are more intuitive and can be used to perform small tasks like checking the weather, schedule, opening apps and more. 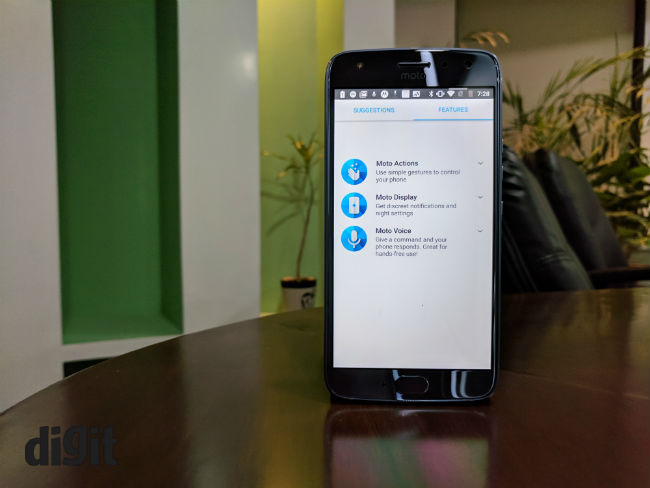 Moto’s Moto Actions may be seen as bloatware, but they are some of the smartest, most intuitive and unique features on a phone. Since the days of the first Moto X, developed under the tutelage of Google, Moto’s unique set of accessibility features have set the company apart from the competition and actually made good use of the sensors, so much so, that enabling these Moto Actions make operating the phone much easier. It's also helps the power user to increase their productivity.

The extra memory is also used for split-screen apps to run smoother, but it’s likely you won’t notice any significant difference. If you own the 4GB Moto X4, there’s really no point in upgrading to the new one. But truth be told, it’s always good to have more free RAM handy, because when stressed, the extra RAM helps a lot. 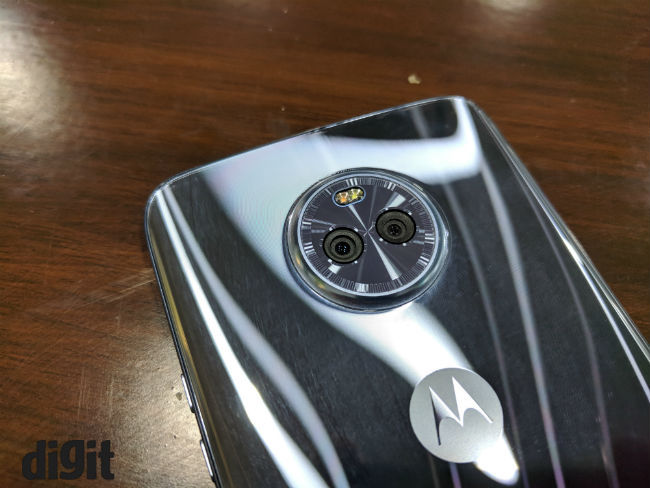 The only reason to warrant an upgrade is perhaps the camera. Moto has improved the image quality and there’s reason to believe the upgraded Moto X4 has a better camera than the older one.

To start with, there has been some improvement in the image quality in the upgraded Moto X4. The details are sharper and the contrast is toned down a bit. The phone has the same 120-degree wide-angle lens of 8-megapixel resolution, and the barrel distortion has remained unchanged. Independent of its predecessor, the Moto X4’s camera is commendable for its image quality. It's not as amateurish as a lower mid-range phone, and definitely not as good as a high-end flagship. The f/2.0 primary lens takes photos that are punchy and the colours pop out. You can say the results are more pleasing to the eye and less true-to-source. However, the camera is still one of the slowest in the market. While even budget phones have cameras with zero shutter lag, the camera on the Moto X4 takes more than a second to shoot a photo. The shutter lag increases under low light. The issue was present in the older Moto X4 as well and it somewhat renders the camera unusable in situations when you have to take photos quickly. 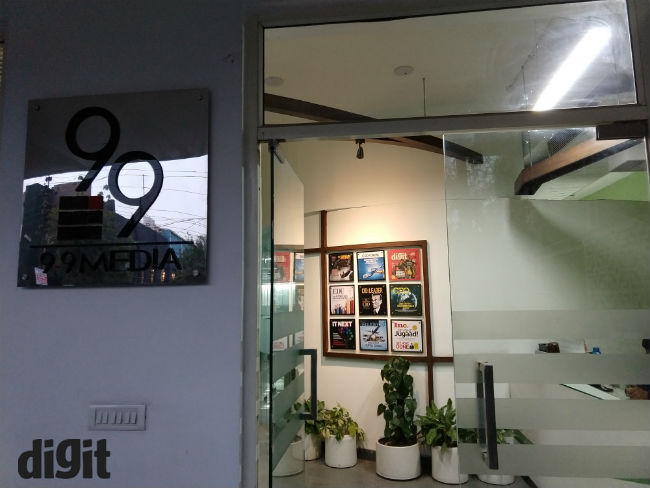 The sharpness has improved, but the dynamic contrast is now lowered. 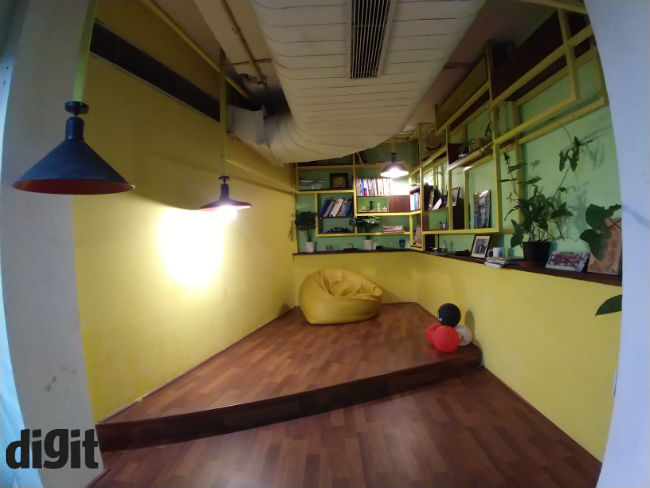 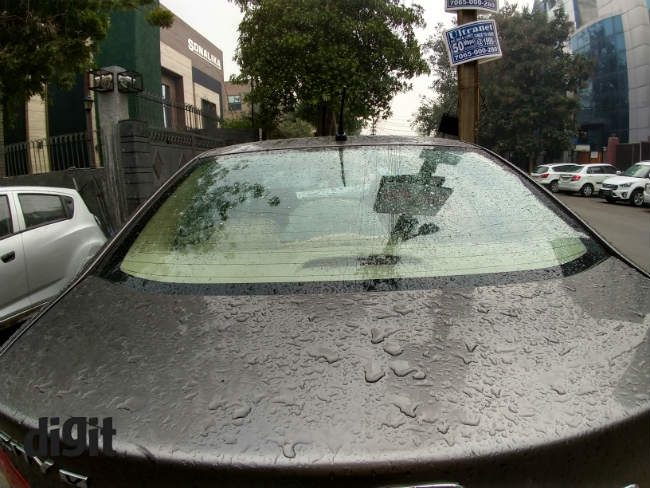 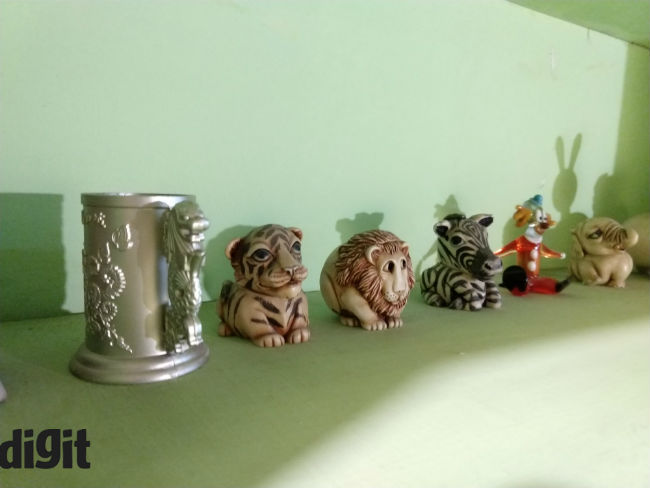 A little overexposed but details are sharp 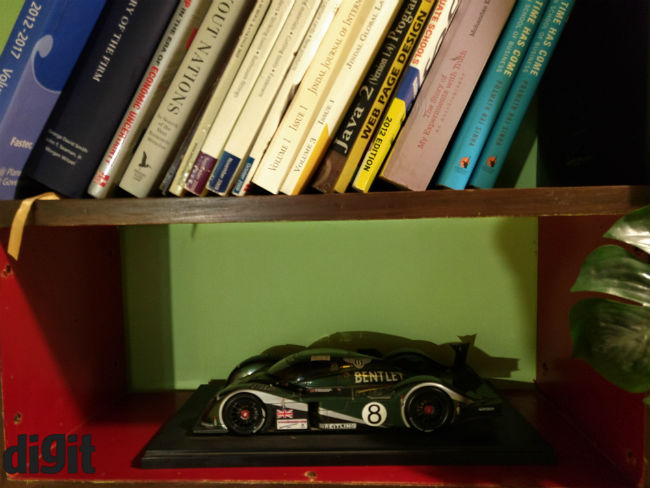 Indoor lowlight shots are well-balanced, if not a tad saturated 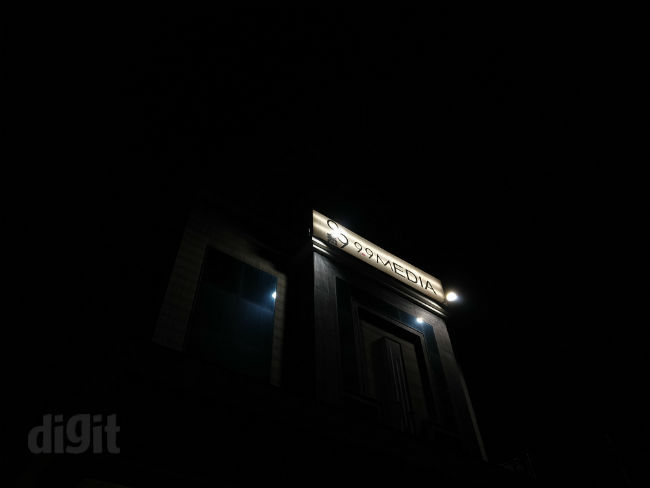 How to do take good low light shots? Highlight the lighted part and blacken the rest of the area

The depth-enabled mode uses the dual camera to leverage depth-of-field but the outcome is more like a Snapseed filter with inconsistent blurring around the edges. 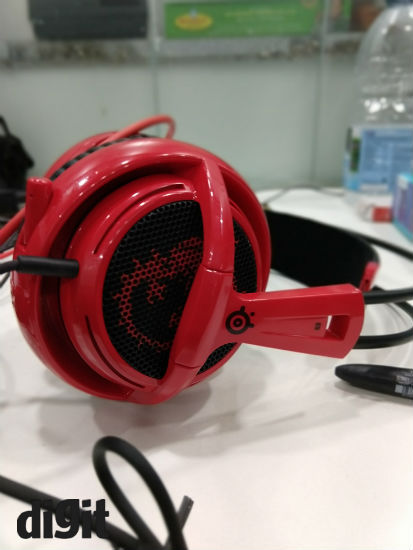 Moto has added two new features in the camera app — Object and Landmark recognition. The object recognition is essentially visual search and it’s quite accurate at that, even though it takes a lot of time to recognise and identify the object. We unfortunately couldn’t get the Landmark recognition feature to work as there wasn’t a recognisable landmark nearby. 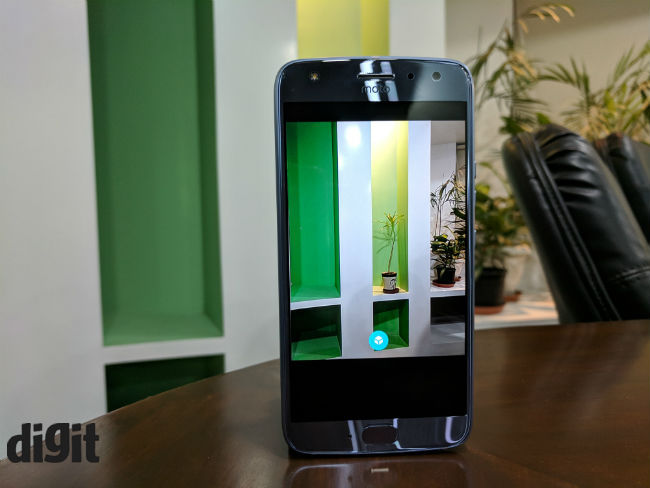 Apart from this, the Moto X4 camera also has a bunch of face filters if you are into that kind of a thing. It’s not as accurate as the Honor 9i, but it does the job. The front camera, however, is quite commendable. It does boost the saturation to make you look good and there are other beautifying features as well, but overall, the Moto X4 6GB has a good selfie camera. Although, the flash makes the outcome quite harsh. 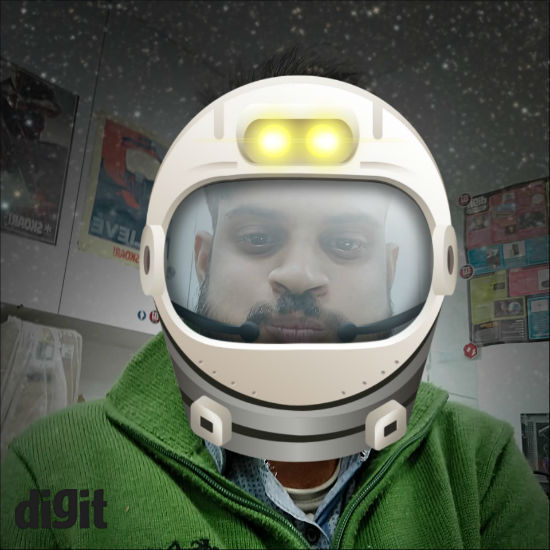 Funny thing is, the new camera features are a part of the update to the latest Android Oreo which the older Moto X4 is slated to receive sometime soon. That means, the same camera features that sets the new Moto X4 apart from the older one, will be there once the update will roll out. You will essentially be spending Rs 2,000 more just to get the feature before other Moto X4 users. Besides the additional RAM of course. 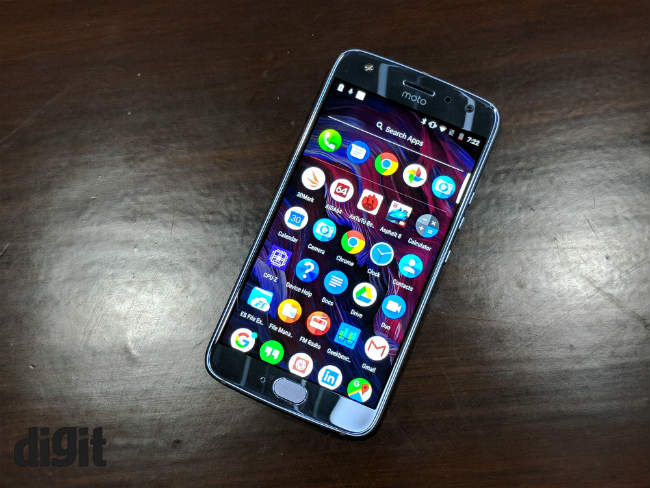 The camera and the RAM upgrade apart, the Moto X4 now comes with Android Oreo out of the box. That brings in the default set of new features including picture-in-picture, notifications management, a more concise Settings app and more. You can also control the colour temperature of the display, something that was not there in the older variant. More importantly, the new Moto X4 is more secure as it is running the latest Android Security patch.

There isn’t any facial upgrade to the new Moto X4 though. Both are indistinguishable from the other. The 3D glass back encased in a metal frame and the added heft are all there, which we had noted in our review of the older Moto X4. It is also a compact phone with a 5.2-inch 1080p display, which are quite rare these days. Everything except the extra 2GB of RAM and the UI are the same, including the battery, although the battery life should ideally increase considering the efficiency Android Oreo brings to the table. We will test it out and update this article soon.

Is it worth the premium? 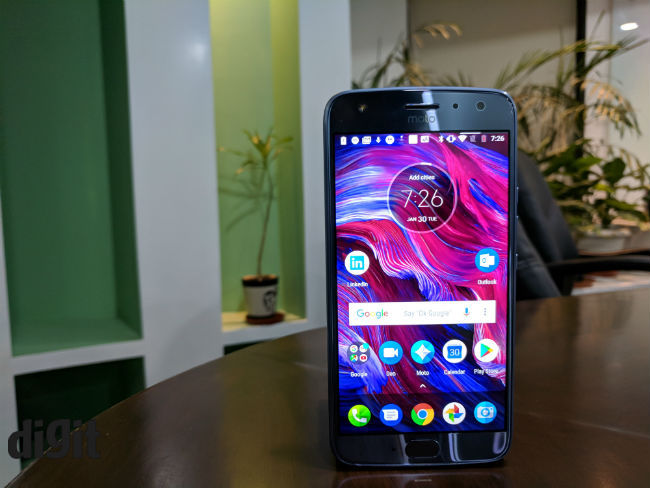 All said and done, the question remains, is it worth putting the extra Rs 2,000 for an upgraded Moto X4? Well, if you want to be the first to try out the new Moto Action and the AI-centric camera features before anyone else on a Moto phone, you are more than welcome. But do note that these features will be a standard across all Moto phones this year and especially the upcoming Moto G6 that is slated to launch at MWC 2018, which will be much cheaper than the Rs 24,999 price tag the Moto X4 (6GB) carries.