Without any notable quality in the Canvas Doodle 4, it is difficult to recommend it. While standard operations might run okay on the device, games and any other heavy applications lag heavily. As an overall performer in this budget, the Yu Yureka makes for a much better performer.

After unboxing, my first impression about the Micromax Canvas Doodle 4 was, “it’s huge”. However, it looked quite impressive. The fourth installment of Micromax’s Canvas Doodle series, the phone surely looks nice from outside. Micromax seems to have tried to make it feel ‘premium’. However, things fell apart as I started using it more.

You can only consider a phone’s looks after it performs well, and this is where the Doodle 4 failed badly. Performance lagged, and after a point, it was really hard to find reasons to recommend it to anyone. Here’s looking at Micromax Canvas Doodle 4, in more detail.

Build and Design:
The front of the Micomax Canvas Doodle 4 tries to emulate a bezel-less design, with parts of the glass touching both left and right edges but the actual display safely flanked by bezels under the glass. The brushed metal plastic band running around the sides houses the headphone port on the top, the power and volume buttons on the right side and the USB/charging port at the bottom. The matte plastic back features the camera and flash (which has been moved to the centre rather than the top-left corner, as in Canvas Doodle 3), the engraved Micromax logo and the speaker. 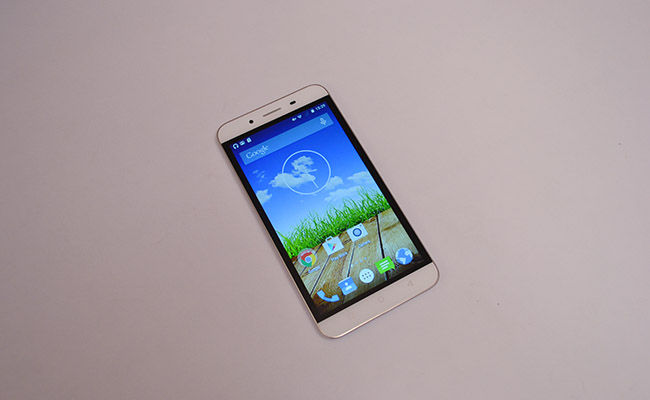 Although the metal-looking plastic band does add a bit of form and style to the device, it is otherwise a very average design. Build quality is decent, but lacks the premium factor of more expensive phones with metal builds. The front functionality buttons have large indicators, which look somewhat low-end. The large display makes the phone feel very large, and as mentioned earlier, the bezel-less appearance dissipates once the screen is turned on, with a run-of-the-mill 6-inch display bound by black borders.

Display and Usability:
The 6-inch display is protected by Corning Gorilla Glass 3, and runs at a resolution of 960x540 pixels at 184 dpi, making it rather unimpressive. The large size coupled with the low resolution makes videos and images appear flat, and colours lack warmth. The colour tone has more blue and lacks red tones. The display, overall, lacks sharpness. Viewing angles are decent, and there is not much colour shift even at very acute angles. The low resolution and lack of brightness, however, make the display below average, and also reduce sunlight visibility. 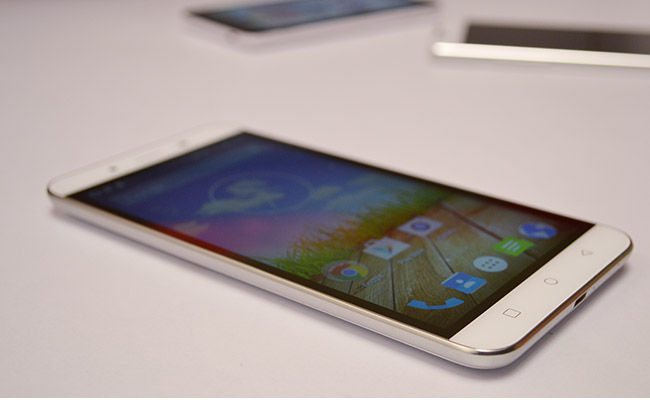 Micromax’s UI is very close to the stock appearance of Android. The icons and pages on the display are organised well, and the interface has a simple finish to it. The sheer size of the phone, however, makes it difficult to use, because of which it's not very ergonomic.

Performance:
Under the hood, the Canvas Doodle 4 is powered by a MediaTek 1.3GHz quad-core processor, with 1GB of RAM. Performance wise, browsing is usually steady, although there are sudden, occasional stutters. Playing games like Dead Trigger 2 result in low quality graphics and (still) laggy performance. Benchmark scores are also pretty low, affirming that the Canvas Doodle 4 is not a good performer. 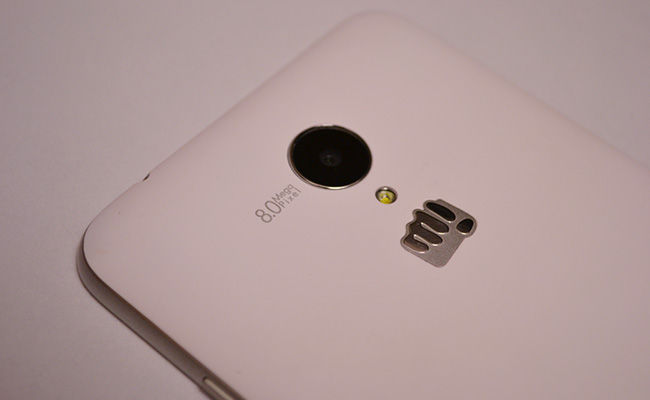 Number-wise, the primary camera is an 8-megapixel autofocus camera with f/2.0 aperture, while the front camera is specced at 2 megapixels. Still photography performance under daylight and fluorescent lights is below par. The images appear flat, low on sharpness and have inaccurate colours. Here too, image colours tend to be blue-ish, making them appear low on warmth. Low light photography is even worse, and compared to phones like the Xiaomi Redmi 2, photos obtained are very sub-par. Front camera images look somewhat pixelated, even in good lighting conditions. The only good thing about the camera is the primary camera’s video recording quality, which is surprisingly good, given that the camera performs badly overall. This is the only point where colours appear relatively better than the still images. Noise levels in videos are low, making them look crisp.

Battery:
The Canvas Doodle 4 is powered by a 3000mAh battery, which replaces the 2500mAh battery in the Canvas Doodle 3. This will see out an average day that consists of calls, messaging, browsing and listening to music. Our battery test found the battery lasting 7.1 hours. Battery stamina is stronger than other chief competitors in its category, with the Redmi 2 featuring a 2200mAh battery. Overall, a full charge will see you through the entire day. While gaming continuously, the battery fell 15% in one hour, which is quite decent. 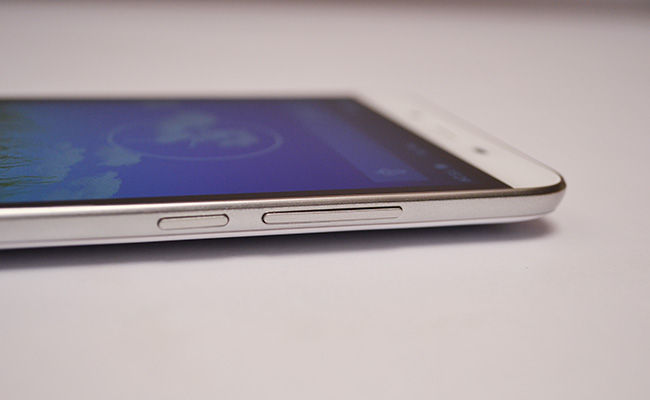 Bottomline:
The Micromax Canvas Doodle 4 offers nothing to boast about. The size can be inconvenient for a lot of users, performance is below par, and the camera, frankly, is quite poor. Audio quality is average, and the volume levels are on the lower side when using earphones. Within this price range, the Yu Yureka and Xiaomi Redmi 2 are much better alternatives in terms of performance, usability and camera.