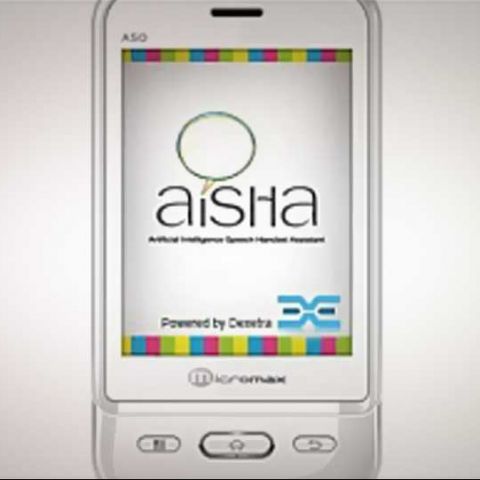 For a price of Rs. 4,990, the Micromax A50 Ninja should be on the top of your list of you are planning to pick up a an entry level "budget smartphone". It has access to the Google Play store and runs all the apps. The screen of the device, and the poor multitasking are its drawbacks but the addition of Aisha will keep you up many nights.

The Indian market is flooded with a plethora of budget phones that claim to be smart simply because they run Google’s Android OS and boast of a few multimedia features. Most of the time, these devices don't bring anything new to the table and are targetted at an audience that wants to have its first experience with smartphones but isn’t willing to shell out a lot of money.

Introducing the Micromax A50 Ninja, a “budget smartphone” that boasts of the Android OS, a capacitive touchscreen and a voice controlled personal assistant called Aisha that can give Siri a run for its money. Is this the ideal budget device or does it sound too good to be true? Read on to find out.

A quick look at the device and it has a glossy white finish making it a fingerprint and dust magnet. The front of the device has a 3.1-inch display with a resolution of 240 x 320 with 3 physical buttons below the screen – menu, home and back. The rear of the device houses a 2MP camera without a flash and the device compromises on a front facing camera that isn’t missed.

The left side of the device has the microUSB port and the volume rocker where as the top of the device has the sleep/wake/on/off button along with the 3.5mm headphones jack. The microSD card slot and the space for the 2 SIM cards rests below the rear cover near the battery. This is a slight disappointment as there is no hot swap option for the memory card or any SIM card.

Overall, the Micromax A50 Ninja is your average 3.5-inch smartphone with a lot of extra real estate surrounding the screen. The device is well built for its price point and is comfortable to hold. The design is simple and gets the job done.

Features and Specifications
In terms of raw power under the hood, the device has 650MHz processor, 256 MB RAM and a 1200 mAh battery. The Micromax A50 Ninja runs on Google Android 2.3 Gingerbread straight out of the box, which is very nice. The device has expandable up to 32GB via MicroSD card.

The lock screen of the device is pretty standard and displays the day, date and time along with missed calls messages mail and just about all the information you’d expect to see on the lock screen of any Android smartphone. There is nothing unique or different about the skin of the device and it is a fairly simple experience to use.

The device doesn't come with a lot of preloaded apps but what it does have is a voice controlled personal assistant called Aisha, which is by far the best feature in a Sub Rs. 5000 phone, and the best part is that it works pretty well.

When you power up Aisha for the first time you may be asked to download an update from the Google Play store. We recommend that you do this as it will enable the app to function better.

Aisha is like an Indian’s version of Siri. We put Aisha and Siri against each other and found that Aisha performed much better than Siri. Don't believe us? Take a look at our video of Aisha vs Siri below:

The functioning of Aisha is the same as Siri. Tap the icon on screen, hear the beep, ask your question and wait for the answer. Its better to use the device in a slightly less noisy environment as Aisha will be able to understand you better. It was quite surprising how accurately the app detected and understood our “Indian” accent. The app is a lot of fun to use and Aisha does come up with quite witty, sarcastic and at times satirical answers to all your silly questions.

Overall, apart from Aisha, the phone is your every day run of the mill Android device. Its specifications are the bare basics and access to the Play store ensure that you will always have apps to keep you occupied if you get bored of Aisha.

Next page: Performance and Verdict

Being a budget phone, the Micromax A50 Ninja does have its drawbacks. For starters, the screen has a resolution of 240 x 320, which is decent for its size and price point but the preloaded skin makes the display look very cartoonish which isn’t necessarily a good thing. The font of the text too isn’t the best and the screen is susceptible to a lot of glare.

The keypad on the screen is small and cramped and errors while typing come easily. To get used to the keyboard takes quite some time.

Synching your contacts and social networking accounts is very easy, courtesy Google sync. Just enter your user name and passwords of respective accounts and voila! You are ready to rumble. 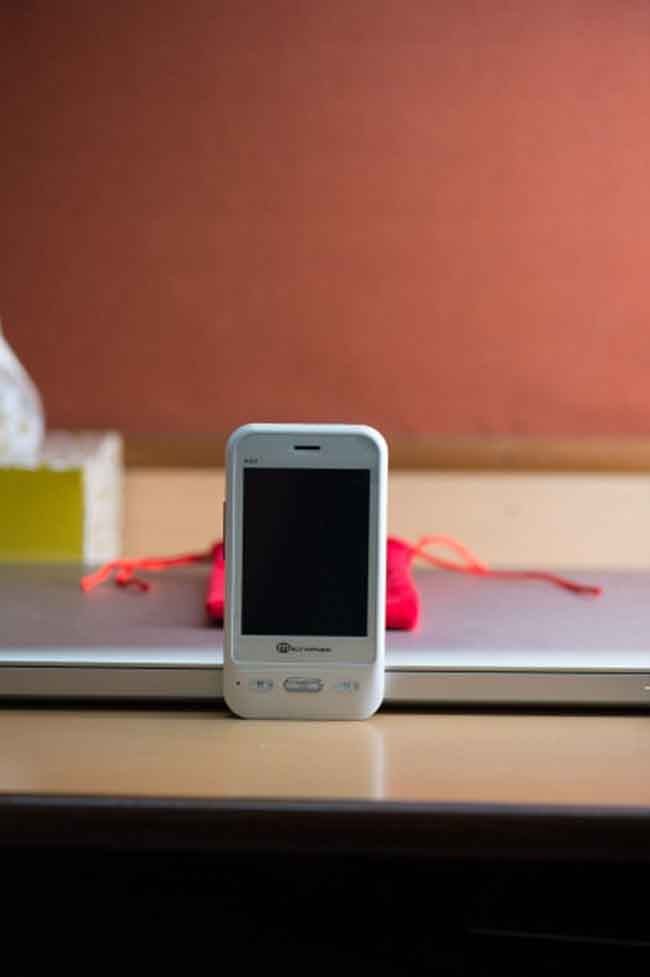 3gp videos and YouTube ran smoothly on the device although the speakers could have been better. Angry Birds Space did take its own sweet time to load but once loaded, the game ran smoothly enough for the hardware the device offers. It wasn't the best experience of playing the game but it wasn't bad either. While watching videos on YouTube, the audio of the loud speaker wasn't the best, but fire up a game and the experience changes instantaneously. The speakers are very loud bordering on screeching.

Once place where the device lagged considerably was during multitasking. If you decide to run a few heavy-duty apps simultaneously, you will be in for a very laggy experience. We recommend you download a task killer and exit apps properly. In terms of benchmark performances, the device is one of the pest performers in its price range. It scored a 954 on Quadrant, 2344 on AnTuTu, and 3871 on the GL Benchmark.

In terms of web browsing, the device isn’t the best just because of the small screen and the text doesn't look crisp. Also, we faced a bit of problem while trying to zoom in especially if the text we are trying to zoom into is clickable. Many a times, we ended up clicking the text. 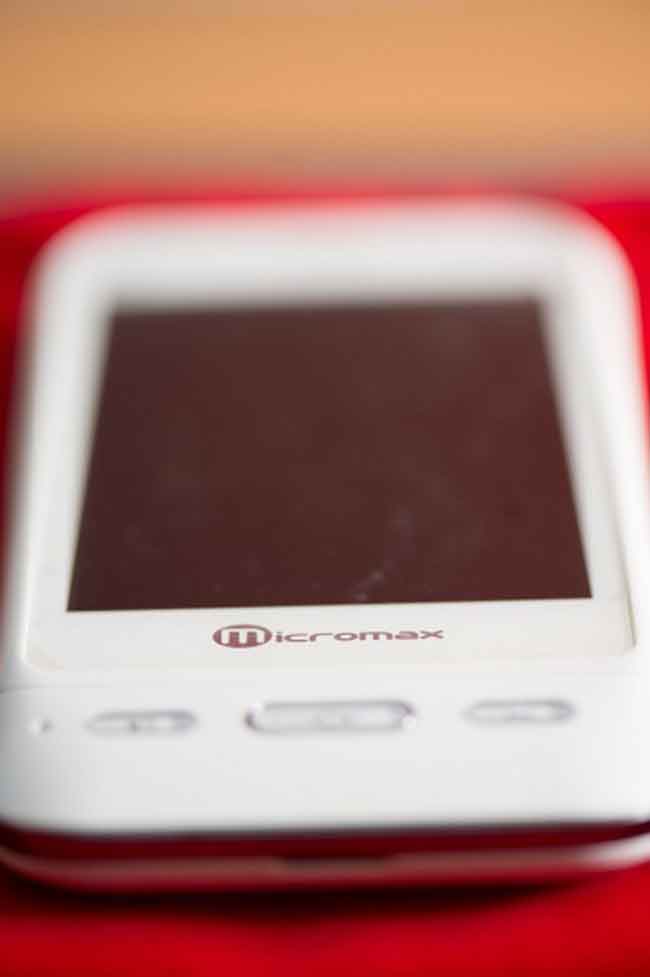 Apart from the smartphone shenanigans, the device needs to do the basics – make calls. This is one place the Micromax A50 succeeds pretty well. The call quality is good at both ends and the signal strength was good at places where we have faced call drops in the past.

For everyday usage, you can expect the device to last you over a day. It can hit 2 days of battery life if you use the device conservatively enough.

Bottom Line
For a price of Rs. 4,990, the Micromax A50 Ninja should be on the top of your list of you are planning to pick up a an entry level “budget smartphone”. It has access to the Google Play store and runs all the apps. The screen of the device, and the poor multitasking are its drawbacks but the addition of Aisha will keep you up many nights. Seriously!