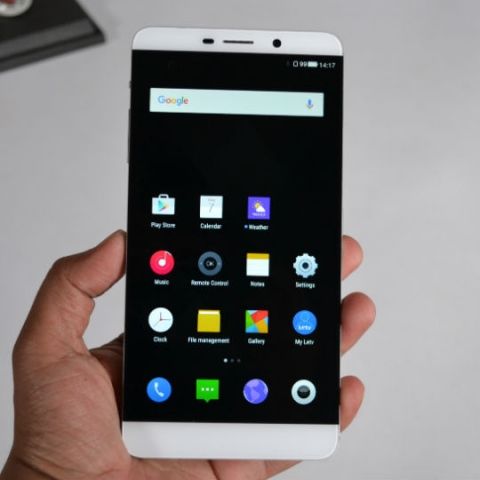 The LeEco Le Max smartphone is a flagship-class device, but fails to keep up with other flagships in the market today. With an added promise of content delivery, though, it seems to make a lot of sense. If that matters to you, then this is a good device to consider. If not, the Nexus 6P is a better performer.

Chinese ecosystem player LeEco entered India with two smartphones. While the Le 1s is all about breaking the competition, the Le Max is the phone that defines this company’s goal for any market that it enters. The phone has a gigantic screen and a powerful processor, which, even though many may not recognise it, is important for LeEco’s plans for the future. You see, the phone is a medium through which LeEco can deliver content to its users, and then earn from that content. If you’re interested, this interview with Atul Jain from LeEco will shed more light.

But, you, like me, are users, and you want to know what the phone is worth. So, here’s the LeEco Le Max review.

Build and Design: A colossus in a shiny armor
As mentioned above, the Le Max has a gigantic 6.33-inch display. There were times during the review when I had a slight pain below my thumb, from holding the phone in my hand too long (I’m used to smaller devices). It dwarfs phones like the Samsung Galaxy Note 5, and even the iPhone 6S Plus.

Having said that, LeEco has done an admirable job in keeping the bezels slim and controlling the overall dimensions of the phone, which gives it an eye-catching quality. Some of the first reactions from our Facebook Live video with the Le Max simply went ‘wow’, and that’s exactly what the slim bezels accomplish. 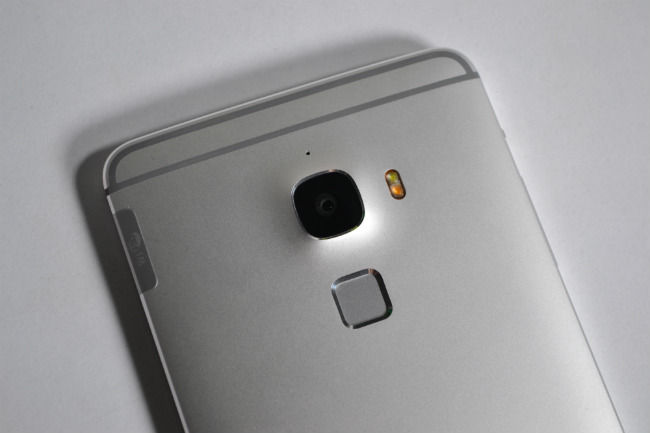 There’s no denying that this is a big phone, and at 8.9mm it is quite thick as well, and that’s something that’s part of LeEco’s plans. If you’re fine with an unwieldy device that compromises on ergonomics for entertainment value (more on that later), the Le Max should make sense to you. It also weighs 204 grams, which is much higher than established industry standards of today.

While I can make do with the size, the only thing that bugs me about the Le Max is that despite its metallic unibody design, it feels more plasticky than devices like the Nexus 6P and HTC One A9, which are priced around the same point. 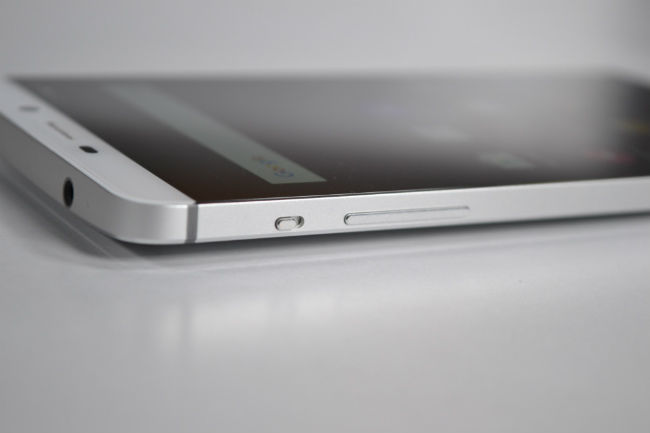 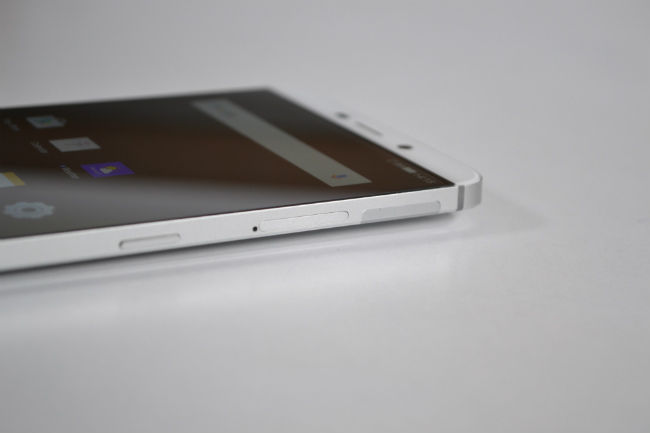 Display: The heart of the ecosystem
The 6.33-inch display comes with QHD (2560x1440-pixel) resolution, and it is at the heart of LeEco’s ecosystem push. While the 464ppi pixel density is lower than devices like the Samsung Galaxy Note 5 and Galaxy S6, it doesn’t make much of a difference. The Le Max has a really sharp display and displays colours just the way most like it. It’s slightly warm, which is what most users seem to prefer today. Like the Le 1s, the display is dimmer than its competition, but unless you’re under really harsh sunlight, it won’t matter either.

Overall, the Le Max has a display worth appreciating, even if it’s not the best in its class. 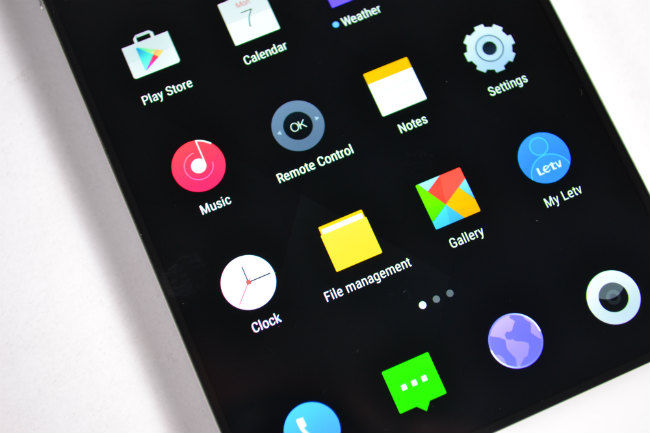 Performance: More than the Snapdragon
Like many other things about the Le Max, the Snapdragon 810 also serves a very definite purpose, and that is to power everything LeEco has planned for this device. I’ve used LeEco’s phones in China, and can confirm that the most important part of its eUI is missing in its phones right now. The company provides two screens on its phones, called Le View and Le Live, which deliver content from its delivery networks directly to the phones. You see why the gigantic screen and Snapdragon 810 are needed now?

LeEco’s eUI offers about 2GB of free RAM of the total 4GB right now, but with those two screens added, the story will change. These screens work a lot like Blinkfeed and Flipboard, but delivers audio, video, movies etc., instead of text and social networks. According to the interview linked at the beginning of this review, LeEco plans to introduce these screens by May 2016.

For regular apps and gaming, the Snapdragon 810 performs well, and the Le Max performs in the same league as flagship devices of today. That said, I’ve seen better and smoother performance from devices like the Nexus 6P, Moto X Force and a few others.

The Le Max’s performance is also complemented by enhancements for audio, through what LeEco calls Le Hi-Fi (high fidelity) and Dolby Audio for video playback. While it doesn’t quite deliver audiophile-grade results, it’s louder and better than many of its competitors. That again makes sense, when you consider the content-centric approach with this phone.

Battery: Good, but...
While the battery life of the Le Max is definitely not bad, I think it would have been possible to fit a bigger battery, given the phone’s design. Companies like Xiaomi have packed bigger batteries in devices half this size, after all. The Le Max has a 3400mAh battery, which lasts pretty much for a full day with reasonable amount of usage. But, perhaps a bigger battery pack, combined with the same software enhancements that are currently used, would have resulted in better battery life.

On regular usage, with 10-12 phone calls, lots of IMs and some video viewing, the phone easily went through the whole day, and you’ll have to charge it once each day. 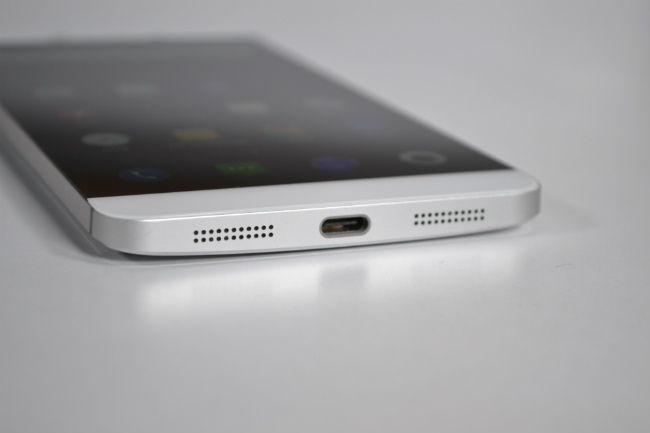 Camera: Pixels vs Quality
While LeEco does look at this as an entertainment device, it doesn’t want to undermine the value either. The Le Max comes with a 21MP Sony IMX230 sensor, and it can take satisfactory shots under outdoor and brightly lit conditions. Optical Image Stabilisation also helps in shooting steady video, but the camera does take time to focus.

But, like the Le 1s before it, while the Le Max has a satisfactory camera, it doesn’t match up to market standards. In low light conditions and under fluorescent indoor lights, the phone is nowhere close to being as good as the Nexus 6P. It’s slightly ahead of the HTC One A9, but it’s definitely not a camera that we’re used to seeing in the flagship smartphones today.

Bottomline: Buy it or not, prepare to wait
All of the above should have made it amply clear that the Le Max smartphone is definitely worth considering if you have a budget of this range. Yes, after-sales service is a concern right now, but LeEco isn’t a startup and has a big bank account backing it, which gives us hope. The phone performs well, and while the camera is sub-par for the flagship range, it would work for many. It’s true USP, however, lies in none of that. The decision that you’re going to make should be based on whether you’re big on content consumption, which LeEco plans to deliver. If yes, then this phone should make a lot of sense for you. But, if you’re happy with YouTube, Hotstar and/or your own downloaded content, then the Nexus 6P offers slightly better performance and a better camera.