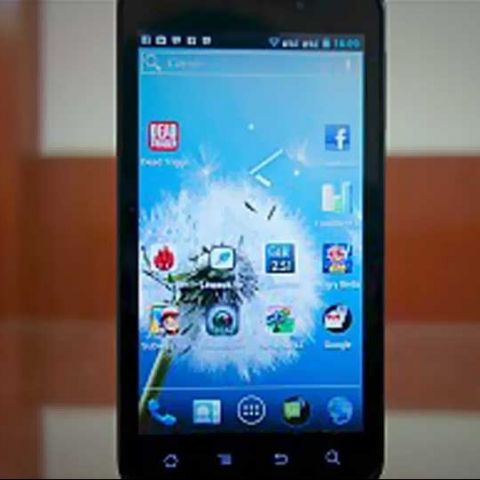 At Rs. 9,899, the Karbonn A21 does offer value for money, with decent hardware under the hood, a near-vanilla Android experience, a very good build and a responsive touchscreen. On the downside, the camera is underwhelming, the battery life could have been better and the overall performance is relatively laggy. If you are looking to invest in your first Android device and thing 4.5-inch display is the right screen size for you, then you can consider this device. If you want a well-built device with a 5-inch screen, we recommend the Micromax Canvas 2 A110.

The sub-Rs. 10,000 price segment is flooded with a lot of devices that have started offering a bang for users buck. We have seen smartphones like the Karbonn A18, Micromax Canvas 2 A110, Intex Aqua 5.0 and more give users a good smartphone experience and a sense of the Android OS even if these devices are plagued with some laggy performance. Overall, in this price point you get what you pay for.

One of the biggest disadvantages of devices in this price range is the build quality. We have seen this trend change with the Micromax Canvas 2 A110. Today, we have with us the Karbonn A21. It boasts of some good hardware under the hood and quite an impressive build – but is it enough to take on the competition?

Build and Design
Straight out-of-the-box, the first thought that came to our mind when we saw the Karbonn A21 was ‘wow’. It has a 4.5-inch display giving it a very comfortable form factor. But that isn’t the impressive part. The rear of the device has a rubbery matte black finish giving it an elegant and premium look. Someone would only call this a budget device if they knew Karbonn made it.

The back cover of the Karbonn A21 is very similar to the one found on the original HTC Sensation, as well as the HTC Desire C. It is a very good design choice adding to the grip as well as style of the device.

The rest of the Karbonn A21’s design elements are pretty standard. We have the front facing camera above the display. The four capacitive buttons rest below the display – home, menu back and search. The rear houses a 5MP camera with an LED flash.

Overall, the design of the Karbonn A21 is quite impressive, better than the predecessor, A18, and at par if not better than what we have on offer with the Micromax A110. This is a good-looking candy bar budget smartphone.

Features and Specifications
To start with the specifications, the Karbonn A21 has a 4.5-inch TFT display with a 480x800 pixel resolution. It is powered by a 1.2GHz dual-core CPU, but has an underwhelming 512MB of RAM. It runs on Android 4.0 ICS straight out of the box and there is no information whether it can be upgraded to 4.1 Jelly Bean. The best part is that the OS is a vanilla experience with a minimalistic skin that only Android veterans will be able to identify. To the everyday user, it is a near vanilla Android experience and that is a very good thing. The Karbonn A21 has 4GB built-in storage that can be expanded up to 32GB via a microSD card.

As stated earlier, the rear of the Karbonn A21 has a 5MP camera with an LED flash and the front has a video-calling camera. The device doesn’t come with any noteworthy preloaded apps but you have access to the Play Store to feed your app appetite. The specifications under the hood are quite impressive and the processor clock speed is faster than that of the Micromax A110. But does it out perform the A110 in the benchmarks?

Performance
Well to start with, let us take a look at the benchmark comparison between the Micromax Canvas 2 A110 and the Karbonn A21.

From the benchmark comparison it is clear that the Karbonn A21 has better raw performance than the A110. But the difference isn’t ground breaking. The only difference between the power under the hood of the two smartphones is that the A110 has a 1GHz dual-core processor where as the A21 has a 1.2GHz. The slightly more powerful processor is the most apparent reason for the higher scores in the benchmarks.

For a sub-Rs. 10K phone, the Karbonn A21 performs as we’d expected it to. It runs all the apps and works as a budget smartphone should but does present its fair share of lag. If you are one who likes to customize your home screen with apps and widgets, you are in for one frustrating right. Whether multitasking or not, going back to the home screen from an app, switching the orientation of the display, or merely switching between open apps, the device can be quite laggy.

The Karbonn A21 display’s performance is quite good. To start with, the touch response is very smooth, smoother that its predecessor, the A18. The touchscreen also feels like it has an oleophobic coating making it really smooth and nice to work on. The smoothness feels far better than the Micromax A110.

The quality of video playback on the Karbonn A21 is just above average. The reason it looks slightly better than the A110 is because the display has a higher pixel density so the videos look slightly sharper but still lack the overall polish.

Playing games was fun on the Karbonn A21, but this is where the 4.5-inch screen is a tad disappointing. We think the 4.7-inch display is the sweet spot for utility and multimedia. While playing Dead Trigger, the game lagged quite a bit and the controls seemed a bit cramped. A similar experience at least seems well spaced out on a 5-inch or a 4.7-inch display. Browsing websites on the device was a treat. The pages loaded fast and the display was crisp to read the text on.

Under the hood, the Karbonn A21 has an 1800mAh battery and this is where the device could have been better. We made some phone calls, sent text messages and did quite a bit of social networking and little YouTube. The device lasted the day and before going to bed, the battery was at 25 percent. With similar usage, we have seen other devices stay above the 30 percent mark so the battery life of the device could have been better. It isn’t bad but we expect our device to pump out a lot more juice.

The Karbonn A21 also boasts of dual-SIM capabilities eliminating the use of a second phone. Last, but not least, the Karbonn A21 boasts of a 5MP camera at the back. The performance of this camera isn’t the best. The images lack stability, are quite hazy and just not worth the effort!!

Bottom Line
At Rs. 9,899, the Karbonn A21 does offer value for money, with decent hardware under the hood, a near-vanilla Android experience, a very good build and a responsive touchscreen. On the downside, the camera is underwhelming, the battery life could have been better and the overall performance is quite laggy. If you are looking to invest in your first Android device and thing 4.5-inch display is the right screen size for you, then you can consider this device. If you want a well-built device with a 5-inch screen, we recommend the Micromax Canvas 2 A110.