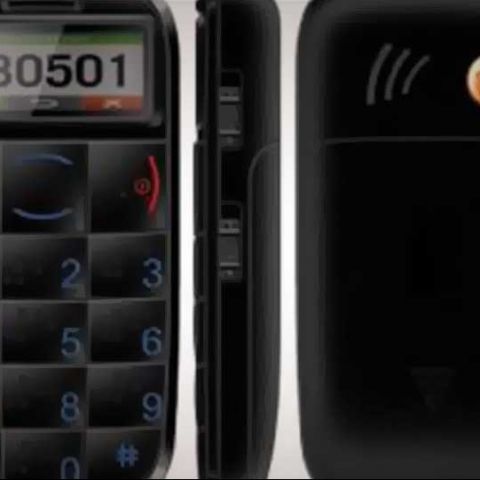 The in2020 Vision is a very basic dual SIM phone specially designed for the visually impaired, or for people looking for a large key form factor. The Braille keypad with large fonts, the emergency SOS key and the text reader app are its desirable traits. Overall, its average performance and lack of a camera might be forgiven, since its positive traits far outweigh the negatives. Owing to its credible selling points, the in2020 Vision makes a good buy at Rs. 2,850.

Intex in2020 Vision is a low cost dual SIM phone with very basic feature set. It is specially designed for the visually impaired, wherein the text to speech application reads aloud the dialled numbers on the phone. It comes with a Braille keypad with large number keys and an emergency SOS key, which are its main USPs. It can also be used by anyone to whom the large key form factor appeals. Let us find out how good is its performance and if it is truly worth buying later in the review.

On first glance, one might be forgiven for mistaking the Intex in2020 Vision for an arithmetic calculator. But, if you look closely you will realize it is a phone with a monochrome display. It is well built with harder than normal plastic, which gives it a solid feel. In spite of the solid build, its lightweight design makes it comfortable in the hands. Its front and rear panels come with a matte black finish, making the phone immune to scratches and smudges. However, the glossy display sans sticker makes it vulnerable to fingerprints. The Braille keypad with large dot-pattern keys aids the visually impaired people to identify the keys by touch. However, the keys lack good tactile feedback and responsiveness.

[RELATED_ARTICLE]The in2020 Vision comes with a very basic yet useful feature set. The key features include the specially designed Braille keypad with large dot-pattern keys, which aid the visually impaired. The preloaded text to speech application further enhances the usability factor by reading aloud the dialled numbers on the phone to the user. Also, the one touch SOS key on the rear panel serves as a panic button for people in trouble by enabling them to send emergency messages to up to four predesignated numbers. In addition, the 3.5mm audio jack is a neat plus on such a basic phone. The hardware switches for torch, FM and keypad lock enhance usability and ergonomics. Meanwhile, the volume rocker button is a nice value add for such a basic phone.

[RELATED_ARTICLE]Being a very basic cellphone, it did surprise us by delivering loud and clear calls across all test locations. However, one major sore point in the call test is the mediocre loudspeaker audio quality even at medium volume levels. The music playback test yielded mixed results with the handsfree headset and loudspeaker, wherein the former delivered satisfactory audio quality while the latter sounded tinny even at medium volume levels. We were disappointed with the monochrome display, as there was no way we could test video playback or view images on it. The display font rendition looked dull and unimpressive, while it also lacked crispness.

The in2020 Vision is a very basic dual SIM phone specially designed for the visually impaired. It is aimed at the low budget consumer, who wants a good phone to make calls. The Braille keypad with large fonts, the emergency SOS key and the text reader app are its other desirable traits. Overall, its average performance and lack of a camera might be forgiven, since its positive traits far outweigh the negatives. Owing to its credible selling points, the in2020 Vision makes a good buy at Rs. 2,850.