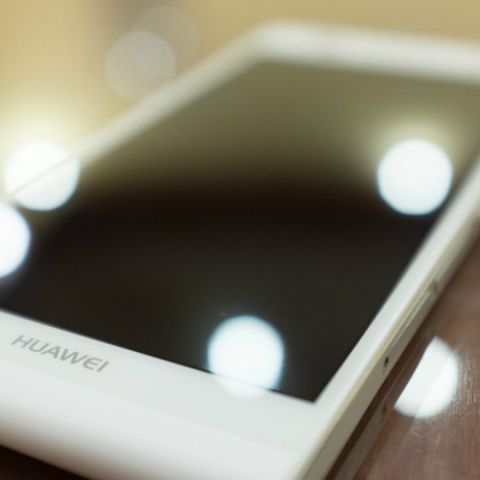 There is no denying the fact that the Huawei P6 is an impressive phone. However, the inaccessible battery, no NFC and the low benchmark scores are some things you'll have to consider when looking at entire package on offer. The positives include the fact that the display is gorgeous and responsive. The cameraï¿½s performance isnï¿½t the best but is suited for casual photographers. The design of the smartphone is slim, sexy and is definitely the first thing you'll notice about the P6. The interface offers a slight learning curve since Android has been completely customised and you may want to get your hands on the phone's interface before buying it.

[UPDATE: Since the official India MRP of the Huawei Ascend P6 has not yet been announced, we will update our ratings as per the official price).

Is the P6's anorexia its only good feature or does the phone manage to combine looks with performance?

At a Glance
Starting off with the specifications, the Ascend P6 is quite an impressive device. It has a 4.7-inch display with a 1290x720 pixel resolution giving it a pixel density of 312 ppi. The display has Corning Gorilla Glass protection. The smartphone has the Huawei K3V2 chipset. The quad-core processor is clocked at 1.5 GHz accompanied by a whopping 2GB RAM. The rear has an 8MP camera and the front has a 5MP camera. The smartphone comes with 8GB built-in storage of which only 4.7GB is user available and you can expand the storage up to 32GB via a microSD card. The device runs on Android 4.2.2 Jelly Bean and has Huawei’s custom Emotion UI overlaying the OS. We have seen the UI in action on the Huawei Ascend Mate and the Huawei MediaPad 10 Link as well. Here is a quick look to see how the P6 stands with its specifications when compared to the competition.

Design
“Damn! That’s slim,” is the best compliment we can give the phone. I have been using a Nexus 4, which is relatively slim and has the same display size. My Nexus 4 looks a bit clunky placed next to the Ascend P6. Let us give you some more perspective.

At Digit we have always discussed how awesome it would be to have a smartphone with the form factor of an iPod touch (5th Gen). Our wish it seems has been granted. The iPod touch is 6.1mm in thickness and the Ascend P6 is 6.2mm. The device initially felt way to slim but once you’ve gotten accustomed to it, it is comfortable to hold and use. The review unit we received is white and the smartphone is available in a bunch of other colours as well.

The front of the device is white and above the 4.7-inch display we have the earpiece along with the front-facing camera. The rear of the P6 has a white plastic finish as well with the 8MP camera resting in a corner accompanied by an LED flash. The border of the smartphone has an aluminum finish, very reminiscent of the iPhone 4. The aluminum border is present on the top, left and the right side of the smartphone whereas the bottom has a curvy plastic finish to it. The smartphone has a unibody design, which means that you don’t get access to the battery. We really aren’t going to complain about the battery access since flagship devices such as the Nexus 4, HTC One, iPhone 5 and more don’t give you access to the battery and they seem to be doing fine in the market.

Coming to the port and button placement, this is the only thing we find a bit off with respect to design. You have the micro USB port at the top, which is OK. The right of the P6 has the power button, volume rocker, micro SIM card slot and the microSD card slot and this gets really crowded. There are many times when we ended up pressing the volume rocker in place of the power button to put the smartphone to sleep. The volume rocker and the power button are really slim too which means that you will have to pay attention while pressing them for the first few times until accessing them becomes second nature. The buttons don’t pop out much either which is a good thing from a design perspective but will take some getting used to from a utility perspective.

On the left of the device, you have a small knob popping out. This is the pin that you can use to pop out the SIM card try and the microSD card tray. The problem is that this housing port doubles up as the headphones port. So if you need to connect the headphones, you will remove the pin and inevitably lose it, as it is really small- a big design flaw.

Overall, we are in love with the design of the Ascend P6. The size of the display is perfect at 4.7-inches and the form factor is really slim. You don’t even notice it when you place the smartphone in your pocket. The device is well built and the reason it feels fragile in your hands is because you are used to holding a bulky device.

UI and Skin
Samsung has TouchWiz, HTC has the Sense UI and even LG has a skin on devices such as the Optimus G and G Pro that we have started appreciating. The Ascend P6 has a UI overlaying the Android OS called the Emotion UI. Emotion UI version 1.6 is the one running on the P6. The first thing that you will notice about the UI is that you don’t have the standard apps and widgets listing page that we are used to seeing on Android devices. Instead you have all the apps listed on the home screens, something we are used to seeing on iOS. You can also stack them into folders depending on your requirement.

The UI also comes preloaded with a bunch of themes and even though they don’t change the utility of the device, they do add a fresh look to the UI.

The UI of the device is different when compared to the ones on offer from HTC and Samsung and may take a bit of getting used to especially considering the fact that it doesn’t come with the traditional app/widget list. The good thing is that it doesn’t come preloaded with bloatware.

Performance
To begin with, lets take a look and see hoe the Ascend P6 performs when compared to other flagship devices.

As you can see from the benchmark scores, the Ascend P6 scores well with Quadrant but lags behind flagship smartphones such as the Nexus 4 in the other benchmarks.

Coming to the real world, performance of the smartphone is quite good. The response of the touchscreen is very good and unlocking, swiping the display, typing on it and navigating through apps, happen smoothly without issues.

The keyboard on the device isn’t stock Android. Huawei has its own keyboard and it is comfortable to type on. You have shortcut access to numbers and symbols from the QWERTY keypad itself.

The display of the Ascend P6 has good viewing angles and is crisp. The smartphone ran all the video formats we threw at it natively – MP4, MKV as well as AVI. The colour reproduction of the video was good and the viewing angles were great. The audio from the speakerphone was great too. The smartphones boasts of Dolby Digital audio and this can be turned on or off with a simple click.

The calling capability of the Ascend P6 is good too. The audio is crisp and both ends and the device sounds loud enough on full volume. Because of the slimness of the smartphone, it felt a little fragile to hold but once you get used to the form factor, the device is a breeze to use.

The camera performance of the Ascend P6 is average and suited for casual photography. In well-lit conditions, the images do retain some details when blown up to their full size although there are obvious sharpness issues and a warm tint on all photos. The low light performance of the camera is better. The images have low noise levels but at the cost of details. Like we said, the camera on the P6 works fine if all you want to do is upload the photos on social networking websites.

In terms of its battery life, the Ascend Mate has enough juice to get through the day. The large display and the large battery go hand in hand. In our continuous video playback test, the smartphone lasted for a little under 7 hours with the brightness on full as well as the volume along with the Wi-Fi too was on.

Bottom Line
There is no denying the fact that the Huawei P6 is an impressive phone. However, the inaccessible battery, no NFC and the low benchmark scores are some things you'll have to consider when looking at entire package on offer. The positives include the fact that the display is gorgeous and responsive (since you can also use it with gloves). The camera’s performance isn’t the best but is suited for casual photographers. The design of the smartphone is slim, sexy and is definitely the first thing you'll notice about the P6. The interface offers a slight learning curve since Android has been completely customised and although we were happy with what Huawei had on offer when compared to TouchWiz and Sense UI, you may want to get your hands on the phone's interface before buying it.

We still don’t know what the P6 will cost in India. A direct conversion from the US price makes it a little less than Rs. 35,000. However, the smartphone would be a steal if it is finally priced around the Rs. 25,000 price point.