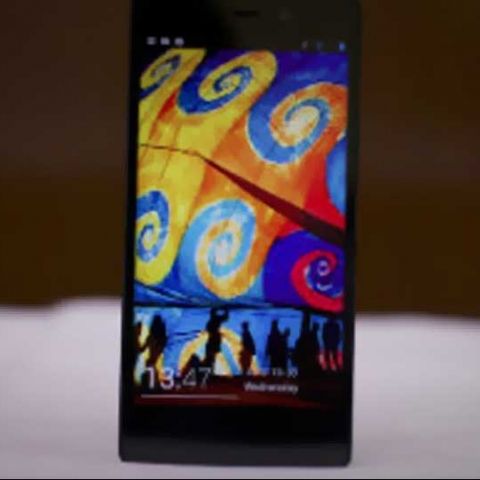 The Gionee Elife E6 brings an impressive set of features to the table. But recommending it at its price point is a little difficult especially in a brand sensitive market like India. If you are looking for a smartphone in the Rs. 20.000 to Rs. 25,000 price range, the Nexus 4 and the Samsung Galaxy S3 are the better options. If you donâ€™t mind experimenting, we suggest you give the E6 a chance. It has a good build, interesting UI and a vibrant display.

Gionee is quite a famous Chinese smartphone maker, but it still needs to find a place for itself in the Indian market. We have seen a series of devices from Gionee such as the E3 and E5 that have been quite impressive.

Today we have with us the Gionee Elife E6. The smartphone has a unibody design, slim form factor and a full HD display.

At a glance
Starting off with the specifications, the Elife E6 runs on the MediaTek MT 6589T chipset with the CPU clocked at 1.5GHz coupled with 2GB of RAM. It has a 5-inch display with a 1920x1080 pixels resolution. The rear houses a 13MP camera and the front has a 5MP camera. The smartphone runs on Android 4.2 Jelly Bean with a custom UI and has 32GB built-in storage with no expandability options. A 2020mAh battery powers the E6.

Design
The Gionee Elife E6 has a slim and sexy unibody design. You could easily mistake the product for a premium smartphone. The E6 is really slim measuring in at 7.9mm in thickness and is extremely light at 128 grams. We can’t stress how light the smartphone feels in one’s hands. The smartphone has a simple rectangular design with slightly sharp edges, and it is comfortable to hold.

The smartphone has a black matte finish that is a fingerprint magnet. The E6 has the microUSB port at the bottom and on its either side are the speakers. The left houses the microSIM card slot and the right has the volume rocker. The top has the headphones jack and the power button. The rear houses the camera in one corner along with the LED flash. The position of the camera isn’t ideal as your finger may come in the way at times.

Overall, the design of the Gionee Elife E6 is great. The smartphone is comfortable to hold and looks very sleek.

UI and preloaded apps
The Gionee Elife E6 runs on Android Android 4.2 Jelly Bean straight out of the box but the device comes with its own custom UI. This is evident from the lock screen itself. Starting with the home screen, you don’t have the apps listing page, which is found on all other Android phones. Just like we have seen on the Huawei Ascend P6, the smartphone houses all the apps on the home screen itself – very iOS in nature. Another thing the E6 borrows from iOS 7 is the way in which you kill running apps. Bringing up the multitasking menu on the E6 gives you the same multitasking view we have seen in iOS 7. It displays running apps as cards and you can swipe up to kill a particular app.

The Gionee Elife E6 also has a bunch of gesture controls that we have seen on the Micromax Canvas 4. You can look away from the device to pause a video, lift it to answer a call, turn the device to silence the alarm, so on and so forth. A feature that we have seen on the Lava Iris 504Q, the ability to wave your hand in front of the display to cycle through the gallery has also made its way onto the Elife E6. These controls can easily be switched on or off through the settings menu.

Overall, the UI is interesting and brings a slew of features that we have already seen. The UI does slow down the smartphone. Installing a launcher from the Play store does help it perform smoother though.

Performance
Since the Gionee Elife E6 is priced at Rs. 21,590, here is a quick look to see how its benchmark scores compare against those posted by competing smartphones.

From the above benchmark scores it is clear that the performance of the Gionee Elife E6 is at par with the competition if not better. It is in the 3DMark test where the Nexus 4 has the biggest lead. In all the other scores, there is a marginal difference between the devices.

Moving on, the display of the Elife E6, at full brightness is vibrant. The viewing angles are great too. The auto brightness keeps the brightness on the lower side.

The 5-inch display has a pixel density of 440ppi, which is great. We saw the standard array of videos on the device ranging from MKV to MP4 and AVI. The videos were plagued with the same problem that we have with the MediaTek chipset. You have the MKV files where only the video runs and the audio isn’t recognized. The rest of the formats were recognized natively and that is a good thing. The viewing angles on the display are great and watching movies is a treat.

The keyboard on the E6 is stock Android and interacting with the device, browsing the web, downloading apps, etc. was a good experience.

Temple Run, Dead Trigger 2 ran very well on the device. Real Racing 3 too worked but there were constant frame rate drops and the game lagged.

The camera on the rear of the Gionee Elife E6 is 13MP and its performance can be described as average at best. In well-lit conditions, the camera performed well. The images are clear and have enough detail if the purpose is to upload them on social networking websites. In low-lit situations, there was noise and loss of detail.

In terms of its battery life, the Gionee Elife E6 lasted for 5 hours in our continuous video playback test. The smartphone can last for an average day of use but you will have to keep the brightness low and kill running apps frequently.

Bottom Line
The Gionee Elife E6 brings an impressive set of features to the table. But recommending it at its price point is a little difficult especially in a brand sensitive market like India. If you are looking for a smartphone in the Rs. 20.000 to Rs. 25,000 price range, the Nexus 4 and the Samsung Galaxy S3 are the better options. If you don’t mind experimenting, we suggest you give the E6 a chance. It has a good build, interesting UI and a vibrant display.