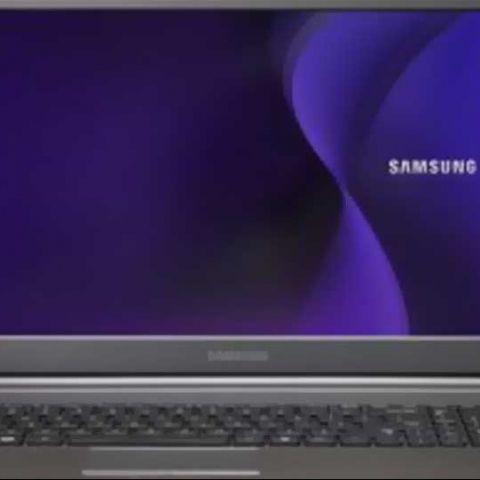 The RC510 is a pretty decent package for the common user. It's certainly not standout in terms of its features or specifications, but has neat looks with its glossy, clean lines.Alternatives like Dell's Inspiron 15 and Acer's TimelineX range come to mind, but if you're looking for something a little different and not from one of the more common notebook brands, there's not much that's wrong with the RC510.

When we think Samsung, TVs and cellphones come to mind, laptops, less so. So when Samsung’s PR called us and told us to expect a parcel, we weren’t expecting something that came in a carton that was a square 18-inches. Opening this package revealed the RC510 or more accurately, the RC-510-S061N – a rather nondescript name, and one that sounds decidedly OEM rather than retail.

The RC510 is an attractive laptop but in a very non in-your-face way. The lid is glossy, and liveried in a slick gun-grey colour with a dark toffee strip adjacent to the lid hinge. The Samsung brand is in embossed silver lettering – stylish, but not something that calls for attention. The rest of the outer body is smooth-finished and black. The body panels seem very well built, especially for a notebook in this price segment. While not compact, (nor would we expect a 15.6-inch notebook to be), or slim, the RC510 manages to convey the impression of having a sleeker profile thanks to some strategic contours and the overall styling.

[RELATED_ARTICLE]Inside the palmrest has a nice raised portion that does seem to take some stress off your wrist, particularly if you’re a touch-type sort. Our only possible complaint is the palmrest is glossy and in hotter climes it could get a bit sticky with sweat. The trackpad is medium sized and has a very nice finish. Tracking is reasonably accurate, better than some other notebooks in this price range, but not as good as the best in the business. The mouse buttons are clicky, but large and thus work well for the most. The keypad is an isolated type, and naturally the keys lack any sort of bevelling, but what affects their usability the most is the size of the keys. They’re a little on the small side, compared to say a MacBook Pro, and this makes them a little harder to use by someone who is used a to Macbook. Otherwise they’re pretty well spaced, feedback is good, and a dedicated number pad is also provided. Multimedia keys are missed, as are dedicated buttons for common functions, and while aesthetically the lack of button clutter is welcome, it is a minor annoyance in terms of usability, particularly the media buttons – a must have for music and video junkies. 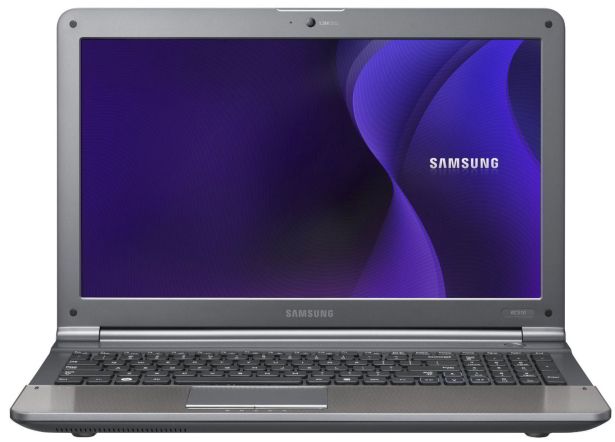 Above the keypad is the long speaker grille that runs the entire length of the keypad. Set amid this grille is, perhaps, the hottest power button we’ve seen. It’s got recess in the centre that perfectly accommodates ones index finger, and a softly backlit blue ring around it. The display is (sadly) glossy, and has a wide bezel – Samsung definitely didn’t try to keep the RC510s dimensions down.

Moving on to the sides of the RC510, on the left we have the charging port, a LAN port, two well spaced USB ports, a 15-pin D-Sub port, HDMI and a couple of 3.5mm jacks, one line out, and one line in. Besides this is an SD/MMC card reader. The right side is relatively sparse with just 2 USB ports and the optical drive. The rear lacks any ports, but features the recess for a Kensington lock – something every notebook features.

The RC510 features a brand new processor, in fact the Core i3 380M was launched barely 3 months back. It is one of the first i3 processors we’ve seen that features hyperthreading. This CPU is clocked at 2.53 GHz and is a dual core. The RC510 also has 3 GB of DDR3 1066 MHz RAM. NVIDIA Optimus technology means the RC510 is capable of switching to the more frugal Intel graphics when doing more mundane tasks. But fire up a game, and the system will switch to the dedicated GPU – in this case an NVIDIA GeForce GT315M. Note that the GT315M is an entry-level GPU for notebooks and features a mere 16 stream processors, a far cry from what we’re used to seeing on powerful desktops, but then this notebook isn’t aimed at gamers. A 500 GB 5,400 rpm hard drive means the RC510 can store a good deal. Finally a 1.3 megapixel camera rounds off the package.

The configuration is pretty good for this class and grade of notebook, and while it’s easy to scoff at the lack of a quad core CPU and faster graphics, one must remember that as a desktop replacement, the RC510 is aimed at the household that will browse, use basic multimedia features and such. And for such a usage pattern, the RC510 is more than adequate.

The RC510 scored 4849 points in PC Mark Vantage. Compared to a reasonably fast gaming notebook such as the M11x that scored 6633, the RC510 mightn’t seem ideal, but when one considers the latter has a quad core processor clocked at 2.2 GHz, the RC510 seems to hold its own for the components it features. The price factor is also to be noted, the Alienware M11x (with the configuration we received) costs twice as much as the RC510. The 3D Mark 2006 score is a bit low, with 1404 in the graphics test, but this is expected with the kind of GPU it has, which is basically entry-level. One of the most important things for any notebook is its hard-drive performance. With a score of just 25.4 megabytes per second in the sequential read/write transfer test and 20.2 megabytes per second in the non-sequential transfer test is quite poor. Even for such a notebook we’d like these figures to be in the range of 40 megabytes per second.

The graphic solution betrays its entry-level nature with a score of just 27.41 in Far Cry 2 at 1024 x 768 at medium settings. Older games like Doom 3 fare better with over 100 fps at a resolution of 800 x 600. Strictly for the casual, once-in-a-while gamer. The processor managed to encode our 100 MB .VOB file in 88.6 seconds – a little slower than what we expected for a CPU supporting HT. Battery life was a mediocre minutes and given the components we expected more, at least two and a half hours, possibly three. Since our battery test utilises the GPU as well, pure CPU benchmarks used for battery benchmarking will definitely yield better scores, since the more frugal Intel graphic solution will get automatically enabled in non-GPU intensive tasks.

The display is glossy and has severe distortion of colours with a slight change in vertical viewing angles. Horizontal angles aren’t great, but better than vertical angles. Colours are decent, a little saturated, and the contrast is mediocre, with grey substituting what should have been black in some tests. It will do for casual movie watching, and the display does seem to perk up with HD content and here the slightly saturated colours make viewing more enjoyable, but for serious viewing, you’re better off using the HDMI out to your TV. Incidentally 1080p content plays without hiccups or framing of any sort. The loudspeaker is reasonably loud, completely lacking in bass but with a pleasing sound in the vocal range. It’s not neutral, nor is it accurate, but the mid-range is decently detailed. The highs lack liveliness. 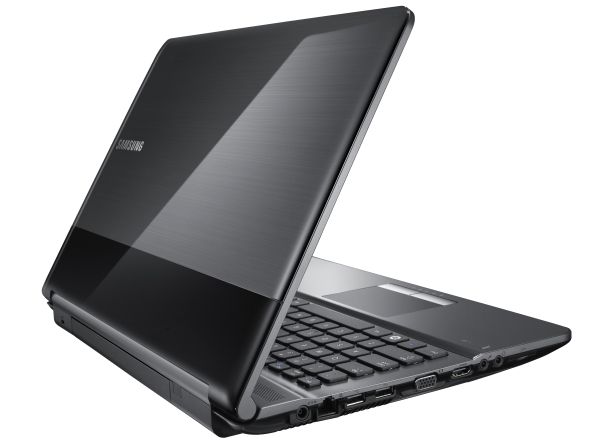 The MRP we received was Rs. 39,990 and for this price, it has to be said, one can buy 15.6-inch notebook with a marginally better GPU and an extra GB of RAM. However, the RC510 is a pretty decent package for the common user. It’s certainly not standout in terms of its features or specifications, but has neat looks with its glossy, clean lines. Alternatives like Dell’s Inspiron 15 and Acer’s TimelineX range come to mind, but if you’re looking for something a little different and not from one of the more common notebook brands, there’s not much that’s wrong with the RC510.