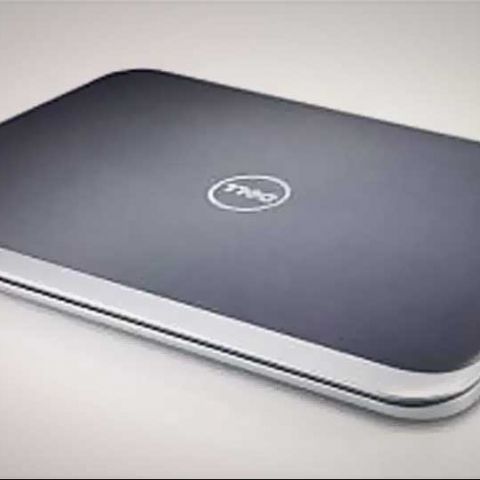 The refreshed Inspiron ultrabook range feels a lot better to use. The ï¿½budgetï¿½ build quality of the previous version has given way to a much more premium feel, while keeping the same design. Performance is quite good. But why you would consider the Inspiron 15z as an ultrabook, all models included, will be because you need the bigger display. With this particular model that we have tested, the Core i7 and 8GB RAM offer excellent performance as well. The touchscreen is an added feature, but we arenï¿½t sure if you will really need it that often. Consider this, only if you need the most powerful machine, in the ultrabook form factor. Else, the lower spec version of the Inspiron 15z would make a lot more sense.

When the ultrabooks arrived on the scene, we talked about the blurring of lines between them and the conventional laptop. Now, it seems we have completed that circle. The ultrabook’s definition, meant to be as light as possible, and offer a generous dose of power along with excellent battery life, seems to be changing. The beast we have with us this time around is the Dell Inspiron 15z Touch, and why we say beast is because of the Core i7 processor and the 8GB of RAM! This would be well received by anyone who wants extreme amount of power. But for most ultrabook users, this might be overkill.

Build & Design
The look and colour theme of the Inspiron 15z has been carried forward from the previous Inspiron Z series ultrabooks. The lid has the brushed metal finish, and that is carried around the keyboard deck as well. The sides have a light grey frame. Throughout, the finish is matte, and that is a huge positive if you do not like your laptop to adorn visible fingerprints, dust and scratches.

What thankfully has not been carried forward is the frankly shoddy build quality we saw with the Inspiron Z series ultrabooks last year. The amount of flex across various points on the chassis was unbelievable. The refresh is much better built, and we could not get any flex around the chassis. So much so, that even if you press hard on the centre of the Inspiron 15z’s keyboard, it does not dip.

The Inspiron 15z’s right side has the optical drive, two USB ports and the memory card slot. The left spine has another two USB ports, HDMI out and the Ethernet port. Within all this, there is a bit of space remaining for the cooling vent, but that may not be enough when you are taxing the Inspiron 15z to the max.

For an ultrabook, you might find that the Inspiron 15z is on the heavier side. The bigger display is one reason for that. The traditional definition of this category of computing devices is becoming a tad skewed – weren’t they supposed to be the slimmer and lighter alternatives to the laptop?

There is no doubt that the Inspiron 15z is a very well-built ultrabook. However, if you are considering the lower priced versions, then it seems like a big step up from the earlier offering. However, the version that we got for review costs above Rs. 70,000, and for that amount of money, this ultrabook still falls short of the likes of the HP Spectre XT and the Dell XPS ultrabooks.

Features & Specifications
The Inspiron 15z is available from Rs. 40,000 upwards with the Core i3 processor for the entry level versions. Somewhere along the way, it progresses to Core i5 and finally ends up at where we are with the review unit – the Core i7. This has a dual-core Intel Core i7-3537U clocking at 2GHz with Hyper-Threading, going up to 3.1GHz when needed. The processor is helped along by 8GB of RAM. There are two parallel versions of the Inspiron 15z with the same power package, but one has a 256GB SSD while our testing unit was the one with a 500GB hard drive and a 32GB mSATA for caching.

Where this Inspiron 15z ultrabook stands apart from the rest is the display size. Through the price range, what you get is a 15.6-inch LED display with a 1366 x 768 pixel resolution. The standard screen size for most ultrabooks is 14-inches, with a couple even tapping the 13.3-inch variety. The biggest refresh for this ultrabook is the addition of a touchscreen, in line with the Windows 8 upgrade. Quite frankly, we are still not sold on that idea, at least for laptops and ultrabooks.

For all this power, there is the Nvidia GeForce GT630M (2GB) graphics that adds a serious dose of mid-range gaming capability. For an ultrabook to do this, it is indeed a huge deal. We saw similar, and in some tests better, performance with the Acer Aspire M3 Touch, that had an Nvidia GeForce GT640M (2GB) graphics chip. We will not crib about getting a generous configuration, but this does seem to be a bit of overkill for what an ultrabook user would typically want.

Because of the more real estate afforded by the bigger display, the Inspiron 15z’s keyboard is fairly well laid out. The spacing between each key is slightly more than what we have seen across ultrabooks, and that could be a boon once you get used to the layout. Travel is adequate, and while the response is precise, we would have preferred a sharper tone. The slight tweak in the layout sees the keys like Delete, Home, Page UP and End sit in a vertical row on the right of the enter key. If you are used to having the Enter key at the end of the keyboard on that side, this will be a bit annoying at first. The touchpad is fairly big, with the two separate right and left click keys.

Performance
With the Intel Core i7 power on tap, you would expect this ultrabook to fly. However, do remember that this is a slightly toned down version of the typical Core i7 you would imagine. The PC Mark 07 score of 4236 is surprisingly lower than the 4862 that the Lenovo Yoga 13 scored and the 4734 that the XPS 12 Convertible scored. If you are the pedantic types and call for a more like-for-like comparison, then it is still behind the 5363 that the Core i5-3427U scored in the X1 Carbon and 4295 that the Intel Core i5-3317U scored with the HP Spectre XT. The power mapping of this chip is tweaked to keep down the power consumption and the heat emission. Nevertheless, the performance for the most part is indeed very good. This ultrabook will get through your typical usage pattern of a day at work with ease, and probably will ask for more to be thrown its way.

The Inspiron 15z that we received for review is the HDD mSATA version, but if you are going to spend so much on a computing device, we would recommend considering the 256GB SSD version for much better performance. The price of that alternative is very similar to the one with the hard drive, with the tradeoff being lesser storage space. The scores between these two machines are relatively similar. The Inspiron 15z scores 1978 in the Entry mode in the 3D Mark 11 test, while the XPS 14 had clocked 1938 in the same test. The Unigene Heaven test pegs the chip’s performance at 24.3fps, which is second to only the 37.2fps on the Aspire M3.

The most powerful graphics we have seen on an ultrabook till now is the GeForce GT640M (2GB) chip that we had tested in the Acer Aspire M3. The Inspiron 15z has a GT630M chip, also tested on in the Dell XPS 14 version that we had received.

The Inspiron 15z’s display is also much improved over the previous generation’s offering. For starters, it is brighter at the same setting intervals – 50% and 100%. The text rendering is much better, enabling crisper readability. The overall reproduction is sharper. Colour handling is still not as good as the likes of the HP Spectre XT or even the Dell XPS 14. However, that can be forgiven for a while, because despite being a reflective display, the brightness ensures you don’t struggle with the environment bouncing off the screen hampering the reading experience.

Battery life, with all this power, was bound to get a hit. And it has. In our battery test, the Inspiron 15z clocked 130 minutes on a single charge. This is pretty much on the lower side, and this will not last you more than 4 hours if you aren’t very judicious with your usage pattern.

Bottom Line
Yes, the Inspiron 15z is being marketed by Dell as an ultrabook. But we believe it is closer to being a laptop, mostly because it sits very uncomfortably in the company of the other ultrabooks. The primary cause of the inferiority complex is the poor battery life. That is something that we had feared, with the Core i7 processor powering this machine. Dell could have easily done it with the conventional Core i5-3317U processor that has been seen on multiple ultrabooks, including the more expensive and much more premium XPS 14 ultrabook. Alternatively, you could still consider this, if you want something that is easy to move around when needed, yet offers maximum performance when plugged in on the desk – at home or at the office. And that is where the 15.6-inch display’s value really comes to the fore. And if that is an important criterion for you, there really is no competition for the Inspiron 15z.