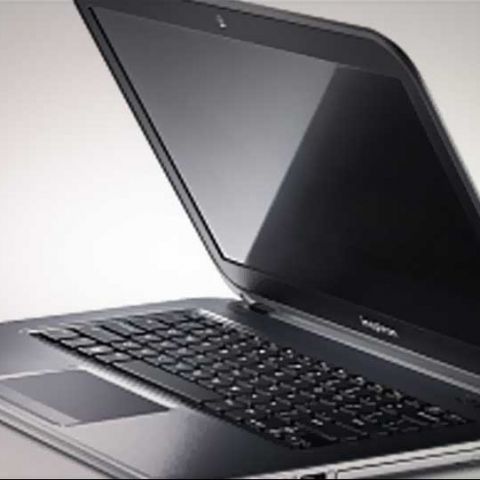 With the Inspiron 14z ultrabook, Dell's attempt at walking the tightrope has worked well. They have managed to give it an enticing price tag, while bestowing it with decent amount of power and a fairly sophisticated finish. It is recommended to those who will be buying their first ultrabook on a budget.

When the first generation of ultrabooks was around, affordable was not a word that well described them. Now however, things have changed. The second-generation ultrabooks with Intel Ivy Bridge processors have arrived, clearly aimed at specific demographics across multiple price points. The Dell Inspiron 14z is one such ultrabook, undeniably aimed at the budget segment.

Build & Design
Straightaway, the family resemblance with the Inspiron laptops is evident. The lid has the dual tone grey and silver finish. No Snap-on cover features here, however. The Inspiron 14z is an affordable ultrabook from Dell, offered alongside the premium XPS range. The design and the materials used are very similar to the Inspiron R Special Edition laptops. That’s a good thing, because that takes out any apprehensions of “budget-ness”. The grey colour looks quite sophisticated.

Open the Inspiron 4z up, and the dark grey brushed metal tone continues around the keyboard. Similar silver finish on the bezel, but that is plain matte. On the left spine is a full-fledged Ethernet port, HDMI and USB. All three have very classy covers that do the job of hiding the ports well. On the right side is the optical drive, one of the few ultrabooks that actually offer this, another USB port and the card reader.

Voila! An optical drive! Laptop who?

The Inspiron 4z’s keyboard is well spaced out, but when typing briskly, you will see a bit of downward flex towards the middle of the keyboard. However, that only happens when you press down too hard. There is no flex on the rest of the deck though. Apart from that, the key size, travel and response are very satisfactory.

All in all, we do appreciate the price tag of the Inspiron 14z and respect the fact that it is targeting a specific demographic of users with a specific ceiling to the spending budget. Within those boundaries, the Inspiron 14z has done a superb job making this feel rather well built. The looks don’t betray the price tag, and that is the cherry on the cake.

Features & Specifications
The spec sheet of the Inspiron 14z is all set for a good reading. This has the Ivy Bridge series Intel Core i5 – 3317U processor paired with 4GB of RAM. This processor clocks at 1.7GHz, with Turbo Boost taking it to 2.5GHz.

The side cooling vent is better placed for cooling, and it actually makes a lot of difference.

For the data storage needs, there is a 500GB hard drive on the Inspiron 14z, with a 32GB mSATA SSD for Rapid Boot and Fast Storage. We noticed that these features were not activated by default on the machine. Once turned on, there was a considerable performance boost visible even in basic tasks like opening a web browser.

The Inspiron 14z’s 14-inch (1366 x 768 pixels) display is fairly decent in terms of the quality, but the non-reflective nature makes it very comfortable for usage. The display quality is quite okay, with enough crispness to make the text readable. With text on certain coloured backgrounds, edge noise would creep in though. Black colour depth and white saturation are average, while pixel stability score is the lowest among all ultrabooks. Despite these apparent shortcomings in the display tests, the HD video playback quality was very good. Admittedly, this screen doesn’t have very good viewing angles, but clearly handled the fast motion scenes smoothly.

The slightly reflective nature of this display is a tad annoying, but good brightness levels take care of it.

The Inspiron 14z’s keyboard deserves applause, because it is one of the better ones among affordable ultrabooks. There is no modification to the layout to fit in possible customized keys. Key size is quite appropriate as well. The keyboard response noise is a bit on the soft side, but in no way does that have any impact on the quality of usage and experience. The touchpad is fairly big, and thankfully has separate right and left click keys. Integrated keys tend to be uncomfortable to use for most people. However, the Inspiron 14z’s touchpad is not of the quality we had expected it to be. We found that it was rather inconsistent in terms of response, and updating the drivers did not help. However, this could be a one off hardware issue, probably because this review unit would have been roughly used prior to it arriving in our test centre!

Performance
The Inspiron 14z has does leave some more expensive rivals behind in certain tests. Let us give you an idea of some of the benchmark scores. In PC Mark Vantage, the Inspiron 14z scored 7404. Compare this to the 7465 scored by the Samsung Series 5. Coming so close to one of the quickest ultrabooks in our tests is quite creditable. This machine is also quicker than the likes of the Toshiba Satellite U840 and the Sony Vaio T11. Incidentally, with a PC Mark 7 score of 2966, the Inspiron 14z is quicker than the Samsung Series 5 that scores 2371 in the same test!

Switch over to real world usage scenario, and the plethora of apps and trials preloaded on the Inspiron 14z ultrabook slow down performance considerably. Cleaning that up solves the issue for the most part, but then again, most users may not realize the issue. We used a couple of methods to clean the clutter, and did a hard drive defrag, the performance boost was significant. Apps open up swiftly, but surprisingly, it will feel a bit of a load if you open too many applications simultaneously. For example, we had Firefox open in the background downloading some driver files, playing back an HD video and this is when we wanted to open up Microsoft Word. Opening Word in this scenario did take visibly more time than otherwise. The solution for this is to actually reload Windows on the machine, with a clean image. You could ask one of your friends to lend you a copy, and use the serial key that came with your machine.

The Inspiron 14z’s AMD Radeon HD7570M graphics are decidedly mid-range in terms of performance. It scores better than the GeForce GT610M seen on the Lenovo IdeaPad U410, but the GT620M and the Radeon HD7670M are much further ahead. In a nutshell, the Inspiron 14z is capable of handling most of the latest games, but you will have to keep the game resolution settings around on the medium mark.

The port covers are a very classy touch.

Battery life, surprisingly, is not as good as we would have assumed this to be. The Inspiron 14z’s tested battery life was just 149 minutes, which is the lowest among all the ultrabook tested. This should be out of juice just before 4 hours under a typical “day at work” usage scenario.

Bottom Line
The Dell Inspiron 14z is a praiseworthy attempt to make an affordable ultrabook. It has fairly good performance, doesn’t miss out on the connectivity options including an optical drive and is built fairly well. The only disappointment is the battery life, which is on the lower side. But then again, for this much money, we can’t be too picky. It is perfect for the college going crowd, and for anyone who wants to experience ultrabooks without spending a bomb.