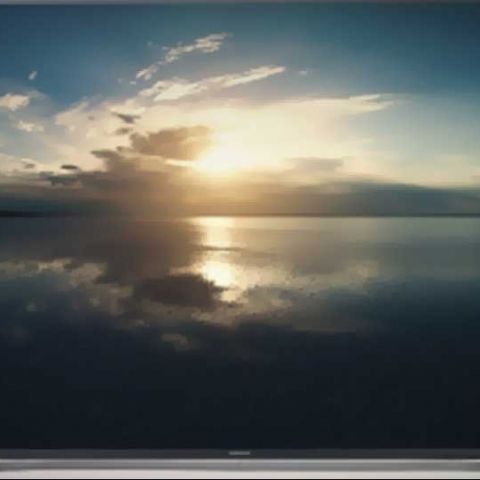 Why you would want an Utra HD TV right now is something only youâ€™ll know. But, if you do, please do realize that there is a rather specific use care, within which you will be able to enjoy the TV to the fullest. The rest of the time, it is more a case of making do, not because the F9000 has any issues, but because the content being fed to it is hugely inferior to its potential.

You now have a brand new method of showing your friends and neighbors how rich you are, without saying a word. The Samsung F9000 series Ultra High Definition TV with its 65-inches of 4K glory. For us mere poor mortals, experiencing this TV has ruined our existing TVs for us!

Build & Design: Stunning!
We will get into the whole debate about 4K in the next part of the review, but here, we analyze the build quality of the Samsung F9000. And it is exquisite, to say the least. Sitting in your living room or the home theater room, this will be the centre of attention and that is what it is meant to be.

The redesigned table-top stand has a flowing arch design, and the TV itself sits fairly close to the top of the table. Essentially, except sliding in the F9000’s own remote, you cannot really place much there, let alone a Blu-Ray player or a set-top box. There's a very thin bezel around the screen, and as is the case with most of Samsung’s higher-end LED TVs, the frame isn’t black, but has a chrome finish. Samsung’s own branding has been toned down considerably, to fit the thin frame. There are no ports on the sides, and at the back, there isn't much space for anything because the TV itself is so thin, except for the port for the One Connect box and one USB port. 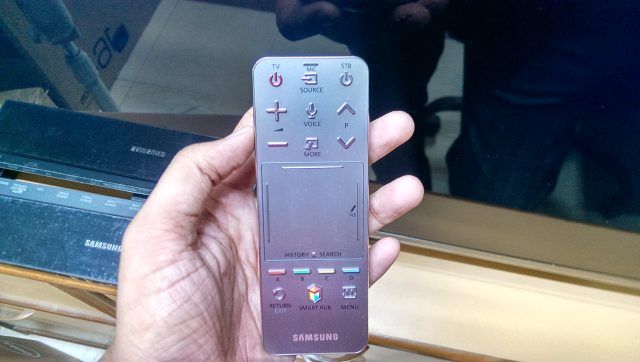 There are 4 HDMI inputs, LAN connectivity (in-case you don’t want to use the built-in Wi-Fi for some reason) and optical audio out, for an AV Receiver. 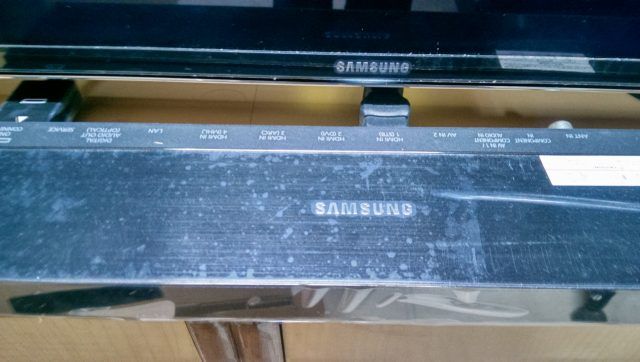 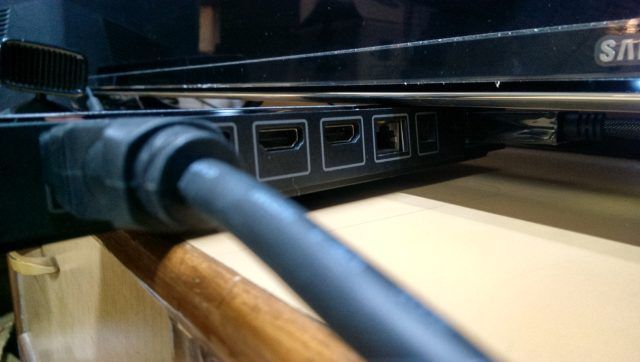 Performance: Just give it the correct content, please?
Let us get the main spec out of the way first - there is the 65-inch display which has a resolution of 3840 x 2160 pixels. This is Samsung’s own SPVA panel, which has now crossed the 1080p resolution threshold. We are impressed with the black levels, which brings it a tad closer to LG’s IPS, but the differences still remain very apparent to someone who prefers IPS. The Smart LED function is designed to boost contrast performance, and it does do its job, something you will realize when you turn it off. Despite the claimed 1000Hz motion rate, fast moving scenes don’t look much better or worse than most 1080p televisions which claim 500Hz or 800Hz rates. Get down to playing some actual 4K content, and the next step beyond 1080p is clearly experienced and appreciated, also in terms of the panel's crispness.

But, due to the worrying lack of 4K content, it's still important to see how 1080p / 1080i content looks on this TV and Samsung’s own processor does the scaling job brilliantly. Play back a Blu-Ray movie rip on this screen, and you can’t really find any faults. Even non-HD sources, like online streaming in 720p, looked very good. We streamed Sachin's last test match via starsports.com, and the results were surprisingly good. But, anything lesser than that, like your Standard Definition channels, and you are in for massive disappointment. This TV is not meant for poor quality content.

Anything more than 9 feet away from the TV, and any difference between 4K content and 1080p content would be negligible and missed by the eye. The real difference only shows up - the crispness, richer details and better colour, is visible only when you are inside the virtual 9 feet range. Though we would not recommend that, because the eye strain from a 65-inch panel up close would be immense.

The 3D content playback on the Samsung F9000 UHD is a bit of a mixed bag. Original 3D content looks very good, detailed and crisp. However, you will see the occasional ghosting and crosstalk, which is visible in original 3D as well as up-converted 3D. The depth handling is flawless though, and even 2D -> 3D is done very well.

Command the TV
Clearly, Samsung will just not let go of the voice and gesture controls for the Smart TV line-up, and the F9000 packs them in as well. If you have the patience to set these up and use these regularly, then you are in luck. The F9000 has the slide up webcam that registers the gestures. It can also be used for video calls, like on Skype. But, while it's good to show off and know this feature is in the kitty, we still do not see ourselves waving to the TV or shouting at it to change the channel or increase the volume.

Gaming in 4K, on 4K!
Before we get to the final conclusion, we would like to share with you a video of 4K gaming on the Samsung F9000 UHD TV, thanks to the adequately powerful Nvidia GeForce GT 730M (2GB) GPU (surprise surprise!) in one of the ultrabooks in the test centre. Watch the video, and we would leave the quality rating to your judgement. However, if this is what a graphics card, that's not even top of the line and additionally shackled by a ULV processor can do, imagine what a more powerful GPU could do. We would not at all be surprised if this TV becomes a part of your gaming setup.

Buy or not buy?

If you have the money to splash, who are we to stop you? Buy this TV, by all means. Certainly, you would know that watching regular TV on it would be doing injustice to the panel. The Samsung F9000 UHD is meant for a typical home theater environment, with at least 1080p content being regularly fed to it, if not 4K yet. And for that, the F9000 UHD is an impressive purchase.