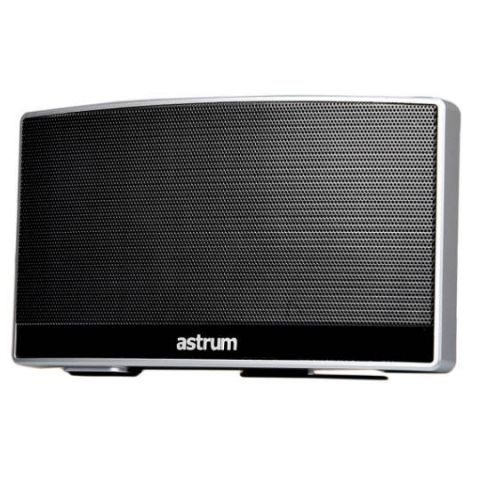 Astrum BT-021N is a feature rich device that amplifies your music, can double up as a power-bank for those tight situations, But if you are looking for clarity, precision, and all those lofty "luxurious" ideals, you need to look somewhere else.

This little Bluetooth speaker bears a striking resemblance to the much more expensive and premium Cambridge Audio Minx Air 200 wireless speaker we’d received a while ago. Of course, the Astrum BT-021N is about 5 times more compact and 10 times cheaper. In fact, it’s one of the least expensive Bluetooth speakers we’ve received for review. Putting it head on against the Zoook BS100, a speaker that offers great value for money, we noticed a lot of differences. First, the Astrum speaker has managed to throw in NFC at this throwaway price which is quite commendable. Second, it’s got a 5V USB out, which is quite rare not just at this price point but even otherwise. Very few speakers like the JBL Charge give you the option to charge your devices using this battery that you’re anyway lugging around.

Now for the flip side: the speaker isn’t the best performer out there. While there is some bass, it’s accompanied by distortion as well. The speaker produced about the same volume output as the Zoook BS100 perhaps a smidgen less but not too much. At this price point you can’t  expect stellar audio quality and that is what you get – something that greatly amplifies the capabilities of your smartphone speakers but not much else. If you’re looking for clarity, precision, and all those lofty “luxurious” ideals you’ll need to look elsewhere and be prepared to shell out more moolah. But if you’re looking for a feature rich device that amplifies your music, can double up as a power-bank for those tight situations, then look no further, the Astrum BT-021 is your speaker.