The Karbonn Aura Sleek come with a 5-inch FWVGA display, while the Aura Note 4G sports a 5.5-inch HD display 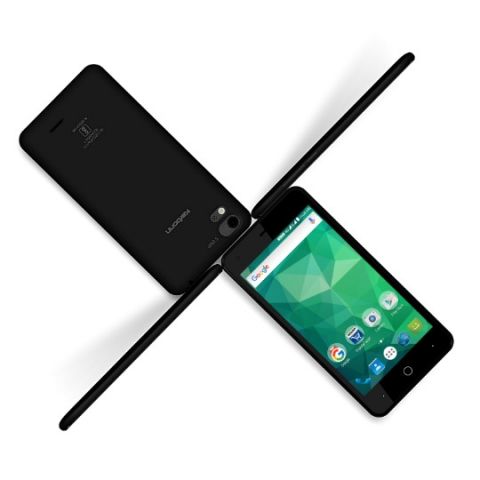 Karbonn Mobiles has launched the Aura Sleek and Aura Note 4G smartphones in India at Rs. 5,290 and Rs. 6,890 respectively. The Aura Sleek sports a 5-inch FWVGA display and is powered by a 1.1GHz quad-core SoC with 1GB of RAM. It offers 8GB of inbuilt storage, and is equipped with a 2000mAh battery. The Karbonn Auro Note 4G features a 5.5-inch HD display and is powered by a 1.25GHz quad-core processor with 2GB of RAM. The device comes with a 5MP cameras at the front and back.

‘Karbonn Mobiles’ recognized among the Top 5 smartphone players in India (CMR Report) recently came up with two new offerings the Karbonn Aura Sleek and Aura Note 4G. Both the 4G offerings by Karbonn are promising new devices that match up to the needs of the consumer today. With stunning new features and powerful performance these devices are very popular amongst the youth due to their unique proposition.
The Aura Sleek 4G opens up a new world of superior design and efficient performance to keep you connected. The device is powered by- 1.1GHz Quad Core Processor, 2000mAh battery, with an internal memory of 1GB RAM+8GB ROM.  With a rear camera of 5MP and a 2MP front camera for perfect selfies, the device displays vivid images on a 12.7 cm FWVGA, IPS full-lamination perfect for video streaming and playing games. The device is based on Android 6.0 operating system and has a Micro SD with expandable memory up to 32GB.

While the Aura Sleek 4G is a complete stunner in its category the Aura Note 4G is a power packed performer. Being the first ever finger print sensor device by Karbonn, the aura Note 4G is a right mix of performance, style and value. With a 1.25GHz Quad Core Processor, 2800mAh battery, and flashlight with an internal memory of 2GB RAM+16GB ROM.  It has a rear camera of 5 MP and a 5MP front camera for stunning selfies. It has a 13.9 cm HD screen, 720 x 1280 display and IPS full-lamination which is perfect for video streaming and playing games. The device is based on Android 6.0 operating system and has a Micro SD with expandable memory up to 32GB.
Both the devices by Karbonn are a complete package that redefine efficiency and superior performance. The Aura Note 4G priced at INR 6890 is available in the premium finish of Matt black and Metallic Champagne while the Aura sleek hosts a magnificent palate of champagne white, black and grey at a lucrative pricing of INR 5290.